Swarming robots hold the potential to solve a range of real-world problems, from analyzing airflow around wind turbines and improving agricultural data gathering to monitoring the weather or exploring space. There’s only one problem: Research into robotic swarms can be an expensive endeavor.

That’s the problem HeRo 2.0 aims to solve. The creation of a quartet of roboticists from Brazil, HeRo 2.0 — an upgraded, streamlined version of the earlier HeRo platform from the same team — offers a low-cost compact robotics platform for swarm research and education based on off-the-shelf components and an easily-assembled 3D-printed chassis. Better still: The whole project is open source.

“The robotic platform presented in this work takes advantage of the recent technological advancements to use mass-produced components that are smaller, affordable, and long-term available,” the team explains of the robot. “In addition, the design and assembly process follow new trends, such as the Maker Movement and Do It Yourself, which allow others to reproduce and customize the robot using additive manufacturing.”

The team set about designing HeRo 2.0 with a view to six key design principles: The robot should be as inexpensive as possible, to allow for larger swarms to be built without great expense; each individual robot should be small yet include on-board sensing capabilities and enough power for hours of autonomous operation; it should be highly tolerant to faults; communication between robots should be scalable to a large number of individuals; the robots should be easy to assemble and use only readily-available components; and they should be easy to program using existing development frameworks. 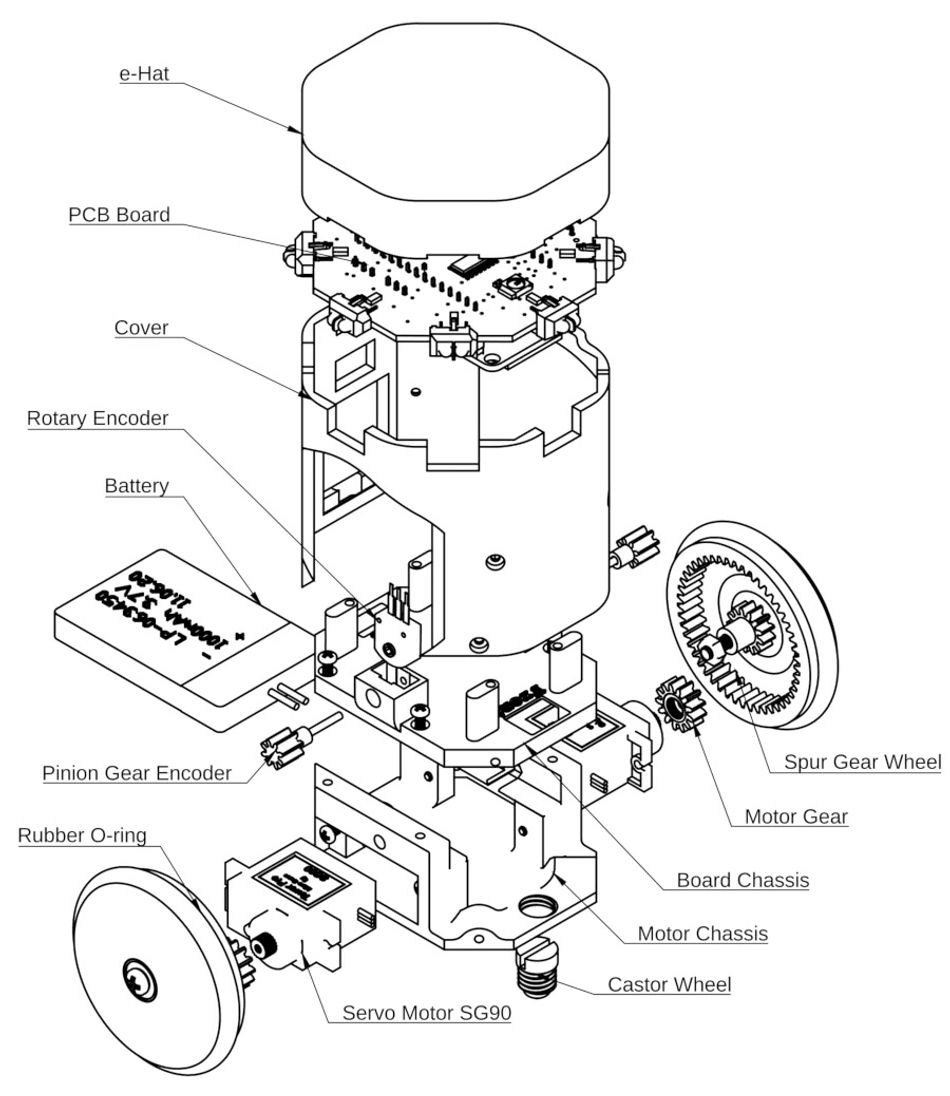 The final design, which first author Paulo Rezeck and colleagues say meets all six of the requirements, is certainly low cost: The full bill of materials for each unit comes out at just $18.72, including $0.10 for a 38mm rubber O-ring and a battery powerful enough to push the robot for  three hours of active experimentation — and that's a cost which could drop in large-volume production.

The bargain-basement price comes courtesy of some unusual design choices, such as turning to a low-cost rotary encoder usually used to track the movement of the scroll wheel on a computer mouse to instead track the turning of the wheels. Continuous servo motors supporting simple control via the pulse-width modulation (PWM) output of a microcontroller further reduce costs, while the 3D-printable chassis uses just a little plastic and some electricity to be produced.

The microcontroller, too, was picked for its high performance at a low price: An Espressif ESP-12E, based on the ESP8266 and boasting a single 32-bit Tensilica LX106 core running at speeds of up to 160MHz plus 4MB of flash memory. To this, the team added eight infrared sensors — officially limited to measuring distances no larger than 2cm (around 0.8"), but extended through clever operation to 30cm (11.8"). Further expansion, meanwhile, is possible through what the team calls “e-Hats,” add-on modules which attach to the top of the robot to provide additional functionality — such as, the team has proven in prototype, a display screen or an inertial measurement unit (IMU).

On the software side, the HeRo 2.0 platform offers a choice of programming paradigm. Its firmware was developed on the Arduino integrated development environment (IDE) using the Wiring language, an extended variant of C designed for embedded work. The “rosserial” framework was added to provide compatibility with the Robot Operating System (ROS), a popular platform for robotics work.

As a result, the robots can be programmed in two ways. For direct programming, a new firmware can be written in the Arduino IDE and flashed to the robots over a Wi-Fi connection using the Firmware Over the Air (FOTA) protocol, allowing algorithms to run directly on the robots’ microcontrollers. Otherwise, the stock firmware’s ROS support can be leveraged to place the swarm under control of a centralized server communicating via ROS messages. 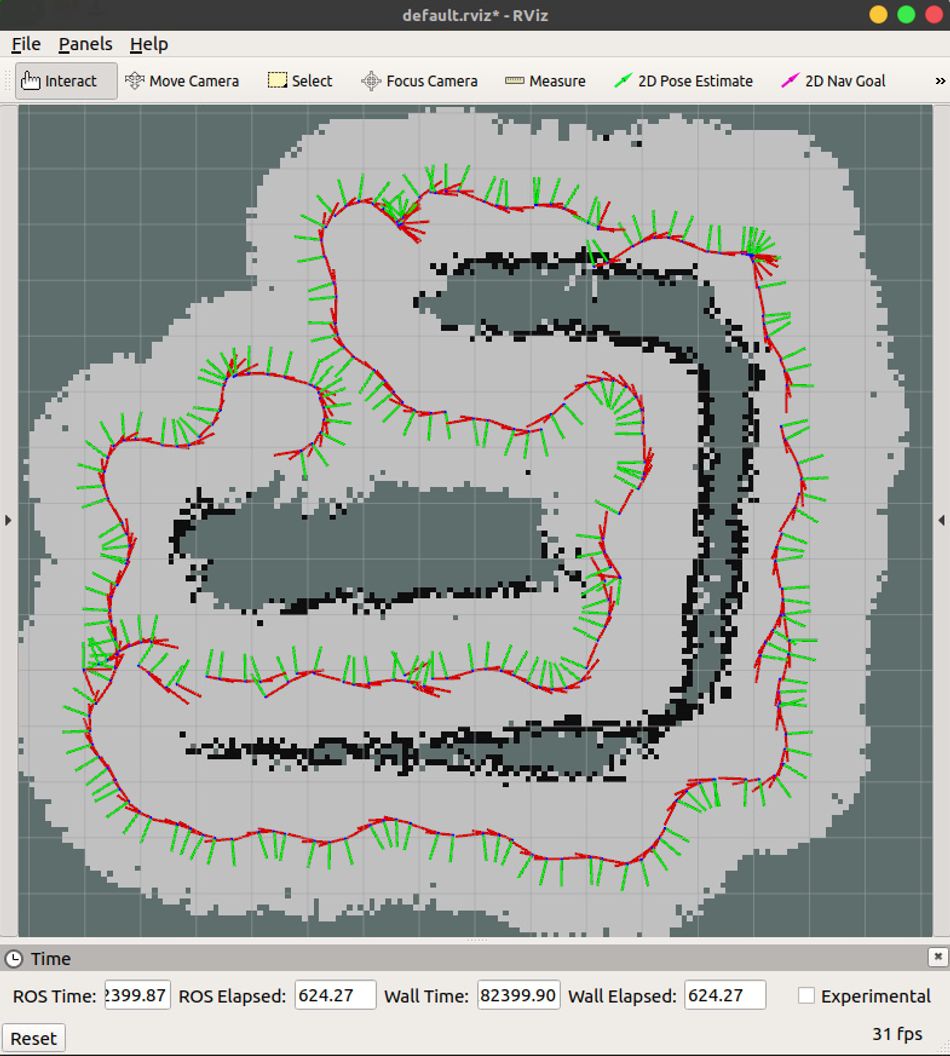 The researchers put the robot through a range of experimental tasks, including mapping, flocking, and collaboration on an object-transportation task.

“This mode is very convenient and scalable in the early stages of testing with multiple robots,” the team notes of the server-based ROS programming mode. “Furthermore, using the ROS framework for implementation, we have a series of tools and may use different programming languages.”

To prove the overall performance of the platform, the team set about comparing its capabilities to the E-puck — a highly popular commercial robot which costs $975 per unit, making it an order of magnitude more expensive than the HeRo 2.0 platform albeit with additional functionality including Bluetooth connectivity, additional sensors, and an on-board camera.

In all tests the HeRo 2.0 proved capable of keeping up with its commercial rival, though with one caveat: While testing functionality like flocking and cooperative transportation, the team extended the robots’ on-board sensing capabilities with an overhead camera and the Apriltag tracking algorithm — to, as the team puts it, “emulate a sensor in the robot that captures its neighbors’ position and relative velocity” which is lacking in the hardware as-implemented. 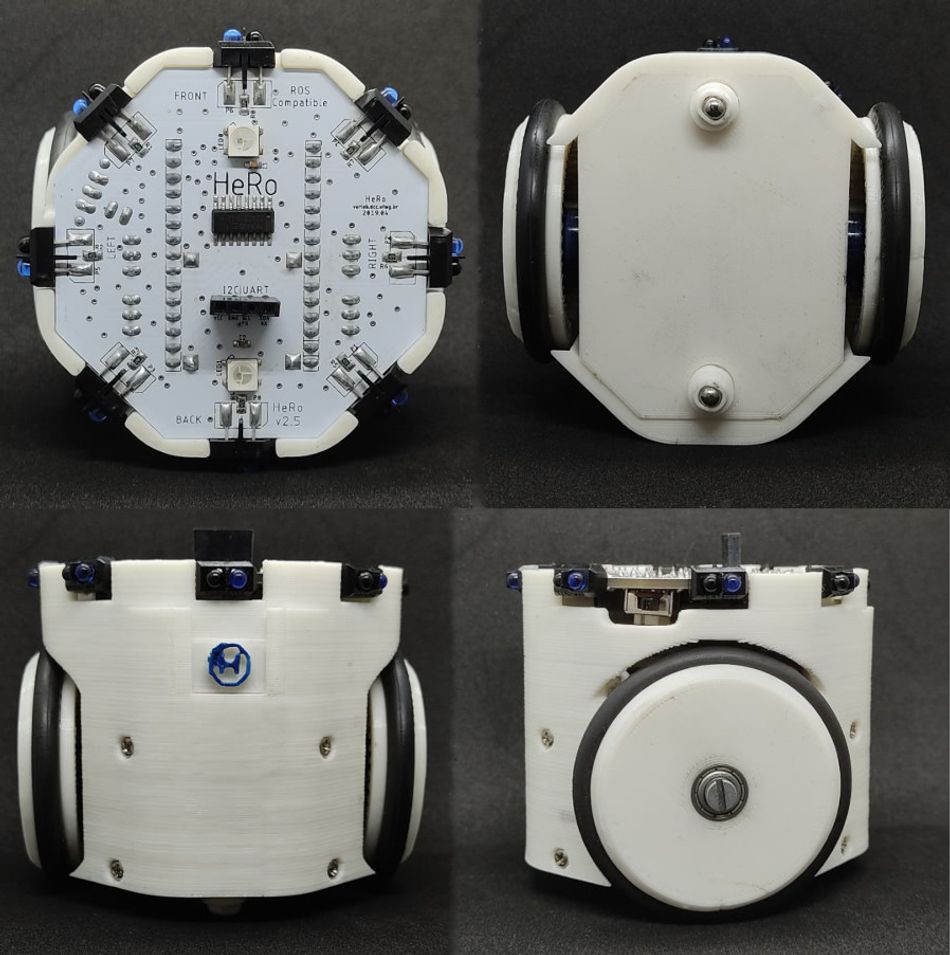 The compact HeRo 2.0 shows real promise for lowering the barrier to entry for swarm research, thanks to accessible development tools and its extremely low cost.

There’s room for improvement elsewhere, too. Proposed enhancements include a migration to the newer ROS 2 platform on the software side, the development of additional e-Hat add-ons in addition to the display and IMU units already prototyped, improvements to the internal filters for localization, and investigations in how to reduce variability of the 3D-printed parts in order to reduce post-processing and thus streamline assembly. More studies are also required to see how the low-cost parts stand up to repeated use — the rotary encoders in particular requiring replacement “after months of use.”

The team’s work has been submitted to the journal Autonomous Robots, with a preprint available on Cornell’s arXiv server.