This is the final article of an eight-part series that explores how collaborative robots or cobots are transforming industrial workspaces. It surveys the technologies that have converged to make robotic influence possible, unpack the unique engineering challenges robotics pose, and describe the solutions that are leading the way to the influential robots of the future.

Our workspace and labor environments are one of the biggest drivers for technological advancement. From the rise of the personal computer to advanced video conferencing, our need for productive and comfortable methods of working remains a priority for innovation. In the coming generation, robotics will be one area where we will see huge advancements. Robots will move from impersonal objects performing production operations located on factory floors to personal objects interacting with both workers and customers throughout the business environment.

Collaborative robots, lightweight, agile and reactive robots designed for close use with humans will work jointly together with humanity on activities related to the delivery of goods and services. These highly advanced machines will influence the workplace with far more force than personal computers. This article will examine and discuss what this transformational revolution will mean for the workforce of tomorrow both on a process and social level.

The impact on workers will require them to adjust their creative talents to position themselves to guide, direct, and control robots rather than merely be displaced. The seismic shift in our work requires us to look at how society needs to prepare for a future that is always approaching and requires that people maintain high degrees of adaptability, flexibility, and ingenuity. 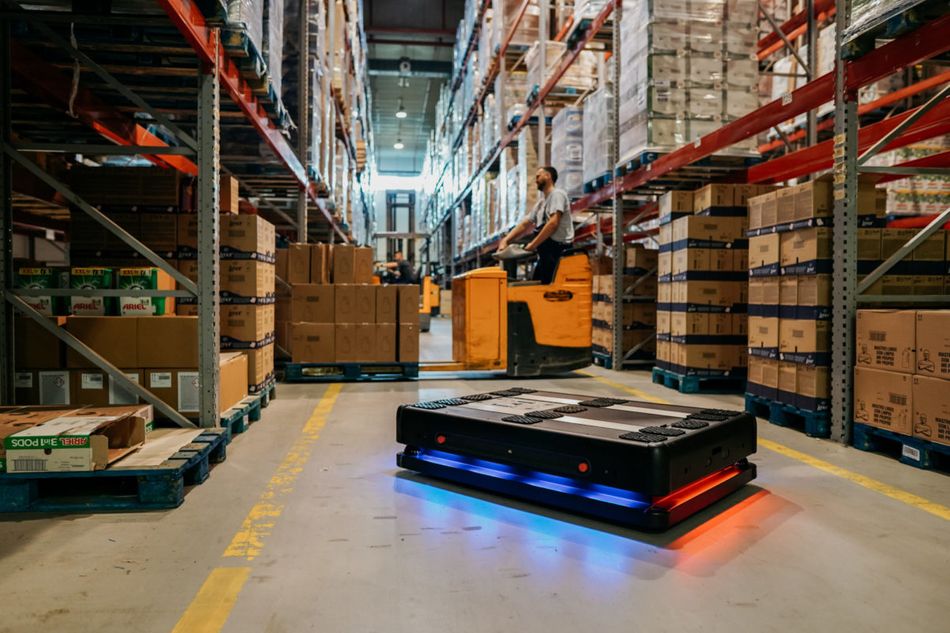 The reason why collaborative robots are making inroads is a matter of the economics of automation. Automation means that a process is self-moving, working by itself with little or no direct human control. Automation brings economic advantages to the workplace by increasing productivity.

A key economic advantage is there is less human involvement, meaning that a cost expenditure—of human labor—is reduced. Naturally, the reduction in human capital gets mitigated by increased expenditures for automation equipment. In this case, collaborative robots.

A collaborative robot can successfully emulate a human operator’s physical skills, performing with higher precision and reliability while doing it without fatigue—potentially 24/7. Presently, manual tasks such as moving and stacking inventory may get performed through the assistance of collaborative robots. Humans are vulnerable to injury from repetitive tasks and may be slower to complete tasks as they age. Collaborative robots, with proper maintenance, are extremely robust and dependable.

Besides being steady and reliable, automation reduces errors, providing further economic incentives. Collaborative robots can perform their programmed tasks to their intended completion. If they run into issues, they can be programmed to either solve the problem or move on to other programmed activities to maximize efficiency.

Collaborative robots bring humans and automation together into a working relationship. It demands that there is a proper understanding of what should be automated and how much it will cost to realize this automation. Bringing collaborative robots to the forefront will impact the workforce and the market for labor. How fast these systems will become reality is uncertain, but it is certain that they are coming. Collaborative robots will provide opportunities for many companies to provide better service and value to their customers.

Blockbuster films often inform the general public’s idea of robots. The Star Wars series, for example, has positively positioned collaborative robots in the minds of many through its depiction of C-P30, with his ability to assist in language translation and R2-D2’s astro-mechanical skills. These robots on the big screen manifest something of what it may be like in the workplace of the future when humanity works side-by-side with robots. Let’s examine a few details of how collaborative robots have entered the workplace, where they are employed, what roles they fulfill and where the greatest developments will be.

Automation is more easily and quickly introduced to certain tasks. Tasks which can be structured and programmed are the first portions of the workforce and of workplaces to experience the impact of collaborative robotics, these types of tasks include data collecting, data processing, decision making, and manual labor functions.

These activities account for a significant portion of what employees currently perform in economically advanced locations. Because of the inherent complexity of automating all tasks, initially, impacts will reside on those roles most easily automated: For example, the relatively simple task of handing a hamburger to a customer will be done by a collaborative robot, while the more complex assembling of the hamburger is left to the human (for now).

Collaborative robots will help economies by providing more productivity, however, their potential is only unlocked by the adoption of the technology by their human co-workers. McKinsey Global Institute (MGI) is a think-tank leader that focuses on helping leaders in the commercial, public, and social sectors with the facts and insights on which to base management and policy decisions. MGI estimates that in the next ten years, hundreds of millions of jobs globally will require significant transitions and changes due to the impact of technology. 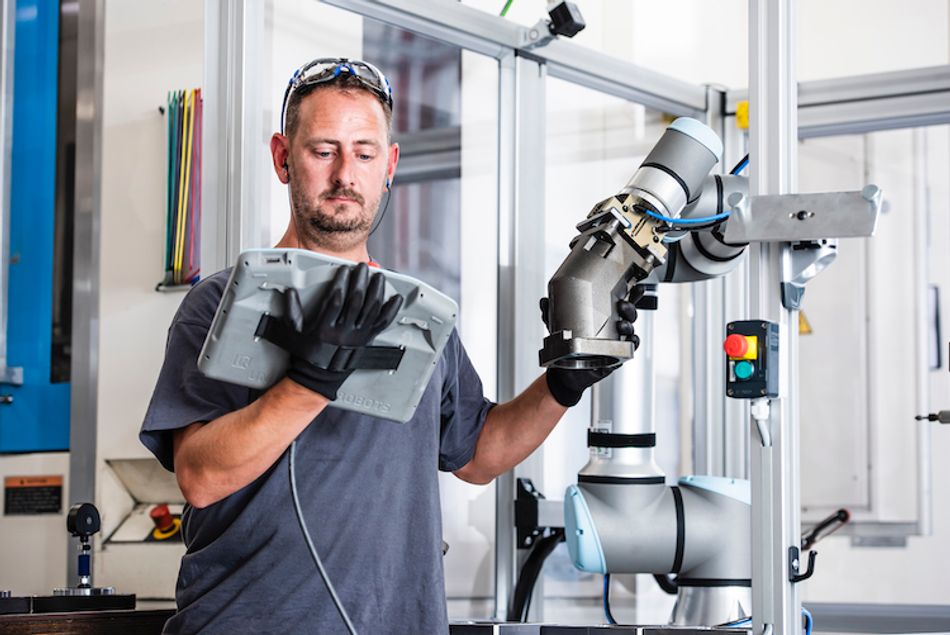 The arrival of advanced automation, artificial intelligence (AI), and collaborative robots, as previously mentioned, will impact some job sectors more intensely than others. Jobs with a focus on manual labor are the most vulnerable to a full automation takeover. However, many physically focussed jobs will have their tasks augmented by the arrival of precise and data-driven cobots.

There has been much speculation around the possibility of automation negatively affecting populations with low education levels. However, the exact impact of automation on jobs typically requiring lower education levels is yet to be determined as automation on a global scale unrolls. It is possible that instead of absolute replacement of human workforces, the rise of automation will prompt an increase of upskilling and re-education to the manual focussed workforce to allow them to work closely with cobots and fulfil roles in programming, maintenance and management. However, there is no doubt that automation will cause an increased demand in advanced degrees in technology, automation, software, and AI.

Acknowledging the potential for market economics, through the supply and demand curve, to produce a potential oversupply of people available for physical labor roles that could then result in lower real wages paid out is important when considering the overall workplace impacts of automation. For automation to be fully embraced it’s imperative to find ways for people to “slide” over into new roles that add value to an enterprise. Cobots that can be operated with and programmed and maintained by existing workforces will likely be the most appealing to companies ready to automate their production lines.

The future of manufacturing will rely on machines doing physical activities while future workers will focus on applying, communicating, coordinating, and managing work processes. Skills such as emotional intelligence and social intelligence will increasingly be required. The ability to combine creativity with ingenious logical reasoning will be highly valued.

This article was originally written by Paul Golata for Mouser and substantially edited by the Wevolver team. It's the final article of a eight part series exploring collaborative robots.

Paul Golata is an engineer, an adjunct professor of Philosophy and Christian Ethics and the distinguished author of The Ethics of Superintelligent Design: A Christian View of the Theological and Moral Implications of Artificial Superintelligence (Wipf and Stock, 2018). A self-described biblical eth... learn more

Article 4 of our Cobot Series: Collaborative robots are becoming invaluable for industry, as they improve safety and increase productivity, but there are still improvements to be made in design and regulation.

Article 6 of our Cobot Series: Motion control of today's sophisticated robotic arms is as difficult as ever.

Article 5 of our Cobot Series: Traditionally, robotics have served limited roles in manufacturing environments; however, various technologies have converged to make robots work well as collaborators with humans and to succeed in various applications.