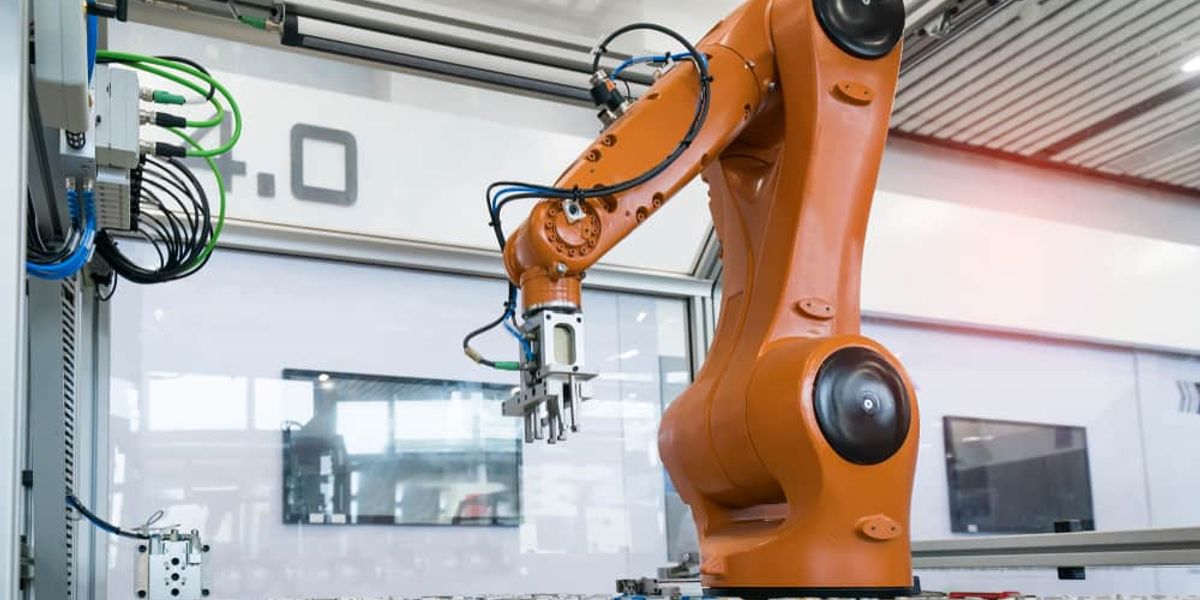 Robotic joints, which are sometimes known as axes, are the moveable parts of a robot that cause relative motion between adjacent links. These links refer to the rigid components that connect the joints to ensure their proper and straightforward operation. To guarantee precision and accuracy while using a robot, it is crucial to check that the joints are operating as intended. This article gives a detailed explanation of robotic joints, and the types of robots and mechanical joints used in robotic technology.

As more enterprises accept the usage of robotics, automation is gaining traction rapidly. Robotics and robotic-assisted commodities are swiftly spreading through the industrial, medical, and commercial sectors. This is ascribed to the advantages of automation, which include the use of better and more efficient procedures. New design strategies that emphasize smaller, more compact assemblies with excellent accuracy and dependability are starting to take shape. In other words, the sectors mentioned above can increase production while also lowering the possibility of accidents in their manufacturing facility. The majority of enterprises are moving toward using robotic arms to perform operations like pick-and-place, packing, paintwork, and assembling, among others.

Robotic arms also relieve human employees from risky duties that can put them in physical harm. The robotic arm's torso, wrist, and end effectors all have distinct roles to play. For these different parts to work accurately, robotic joints must be present. This article delves explicitly into the different robotic joints to give you a better understanding.[1] Read on.

What are Robot Joints?

Robot joints are the moveable parts of a robot that allow adjacent links to move in relation to one another. These links refer to the rigid components that connect the joints to ensure proper and efficient operation. Like the bones in a human arm, movable segments in a robot are linked up with these robotic joints. And every part, like the human body, is a complex system made up of many smaller, closely coupled components. The robotic joints, also known as axes, are necessary and useful to make sure that the arm's range of motion is unrestricted and unhindered.

In robotic technology, the robot is controlled by computer systems and a mechanical actuator. A series of link and joint configurations make up a robot's mechanical actuator. This demonstrates how, for best operation, the industrial robotic arm uses a combination of links and joints. To ensure high precision and accuracy during an application, it is crucial to check that the actuator's joints are functioning properly.

The provision and maintenance of robotic arm mobility depend on robot joints. Each joint has a motor or actuator that gives it the ability to move relative to other joints. Every robotic joint has a unique range of motion or degree of freedom (DoF). The sole feasible and attainable direction of motion at a joint is referred to as its DoF. The robot will be able to reach more space if it has more joints since more joints give it more degrees of freedom. You can choose the sort of robotic arm you want to use depending on the duties you want to handle by learning more about the robotic joints.[2]

Types of Mechanical Joints for Robots

As was previously said, the robot joints are a crucial component of a robot that enables the links to move in various ways. Each joint typically gives the robot one degree of freedom (DoF) of motion. Given that various robot types are employed in the manufacturing sector, there are also various mechanical joints. Particularly when it comes to the kind of robot to be employed, these joints have different motions and applications.

Five main types of mechanical joints are used in robotic arms that you need to take into consideration. Since two of the joints are linear, the relative motion between the adjacent links is translational. Translational motion is when all points of a moving body move uniformly in the same direction. An object's orientation will not change if it is moving in a translational direction. When an object travels in a way that causes all of its particles to move in parallel, it is said to be in perfect translational motion.

The other three robot joints, on the other hand, require rotations for the links to move in relation to one another. An object moves in a fixed orbit around a circular route when it is rotating. There is a perfect analogy between the dynamics of rotational motion and translational motion. There are numerous similarities between the motion equations for linear motion and the equations for the mechanics of rotating objects.

Here are the Five Types of Mechanical Joints for Robots:

The letter L-Joint can be used to represent the linear joint.  It is intended for adjacent links in linear joints to move in parallel. The input and output connections of this kind of joint are capable of both translational and sliding motions. There are various methods for achieving these motions, including the piston and telescoping mechanism. Always keep in mind that for a linear movement to occur, the two links must be in parallel axes.

This joint makes rotary motion among the output and input links. The twisting joints are also referred to as type T joints. The movement in these joints is relative to the axis of rotation that is perpendicular to the axes of the input and output links.

The revolving joint is frequently referred to as a "V-Joint." In this joint, things are a little bit different from the others. These joints have rotational mobility that is useful in several applications. It enables relative rotational motion between two links. This kind of link has one parallel and one perpendicular axis.  It is intended for the input link's axis to be parallel to the joint's axis of rotation. The output link, on the other hand, is made with its axis perpendicular to the joint's axis of rotation.[3]

Different Types of Robots and the Mechanical Joints Used

Robots come in a variety of forms, each with unique characteristics. The primary features that distinguish one robot from another are the various types of mechanical joints that are present in each one. While the robots can also be categorized according to their use cases, the many types of robots and the mechanical joints they employ are mentioned below: 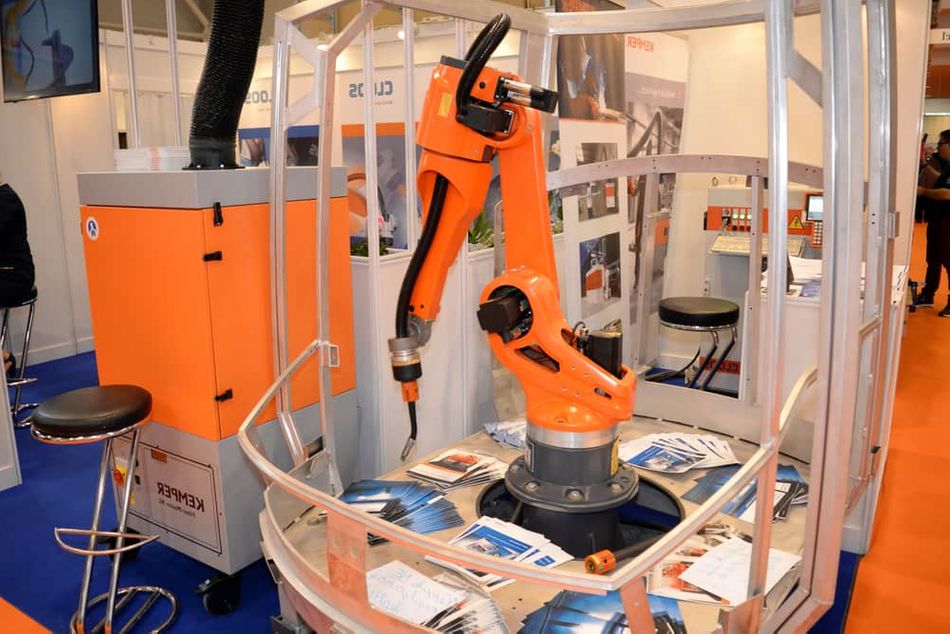 The design of an articulated robot is likely to include various ranges and combinations of rotary joints, with a range of 2 to 10 joints. Servo motors are commonly used to power articulated robots, which can range in complexity from a two-axis design to ones with ten or more axes. Six axes are the most prevalent, with four to six being the most common on industrial robots. In this design, the arm's links are joined together by rotational joints, while the arm's twisting joint connects it to the base. In the manufacturing sector, articulated robots are frequently employed for tasks including assembling,  painting, welding, material handling, sealing, picking, cutting, and spraying.[4]

Cartesian robots, also referred to as gantry robots, use three linear joints. They have three joints that are featured on three orthogonal axes — X, Y, and Z — according to the cartesian coordinates. A cartesian robot has axes that move in unison under the control of a single motion controller. Additionally, these robots might have an attached wrist with simpler rotational joints. Engineers aiming to automate warehouses, enhance existing systems, or address special design issues may find great use in cartesian robots. 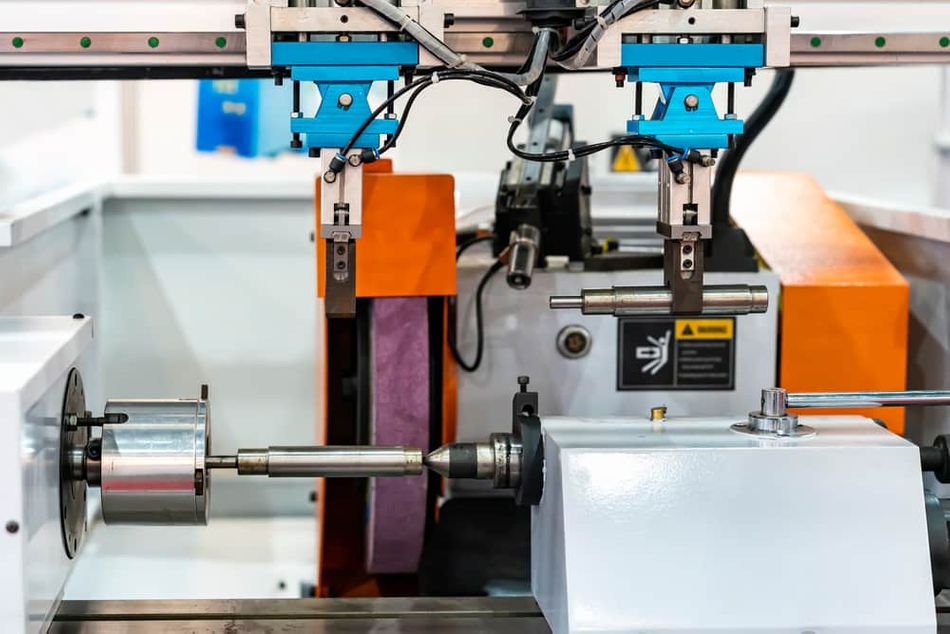 The cylindrical robot has one linear joint that connects the various links and a rotational joint that is coupled to the base. The rotational and linear motions are useful since this sort of robot's work envelope is shaped like a cylinder, ensuring that accuracy is attained. Due to their small size, cylindrical robots are frequently utilized in confined places for machine tending, coating, and minor assembly tasks.

These robots, also referred to as spherical robots, have axes that produce a spherical work envelope and a polar coordinate system that make it simple for the manipulator to operate. Robot configurations called polar/spherical robots include two rotational joints and a combined linear joint. Welding, die casting, material handling, and injection molding, are all popular uses for polar robots. 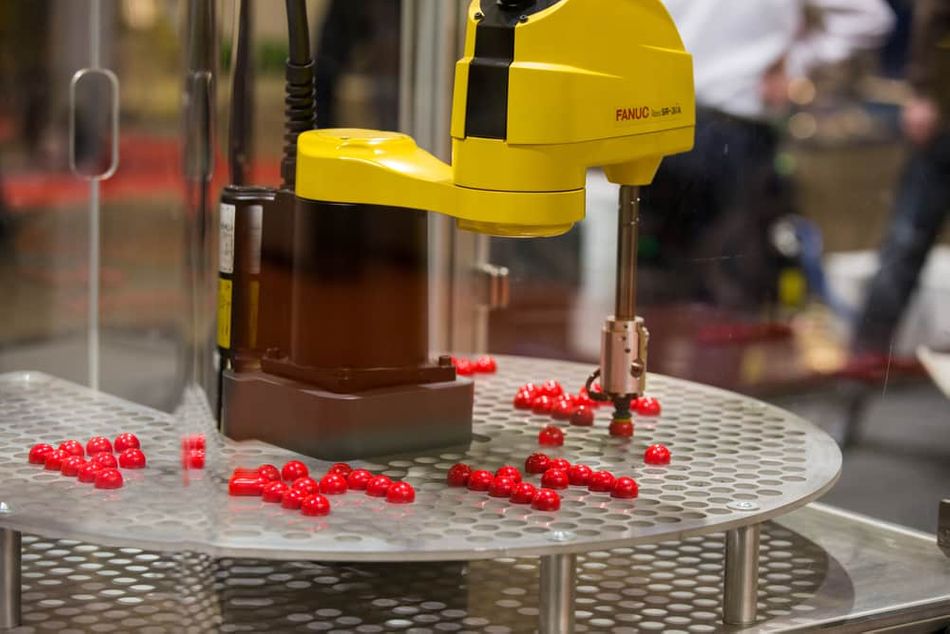 One of the most popular types of industrial robots in use today, particularly by companies wishing to automate their assembly operations, is the SCARA robot. SCARA is short for Selective Compliance Assembly Robot Arm. Also called joint robotic arm, this robot often has a cylindrical shape and does primarily cylindrical tasks. It makes use of two parallel joints, which are useful during assembly. As the robot is in operation, these joints give compliance in a chosen plane. The mechanical automation of many industrial applications, including welding, material handling, automatic assembly, painting, and so forth, is well suited for SCARA robots. 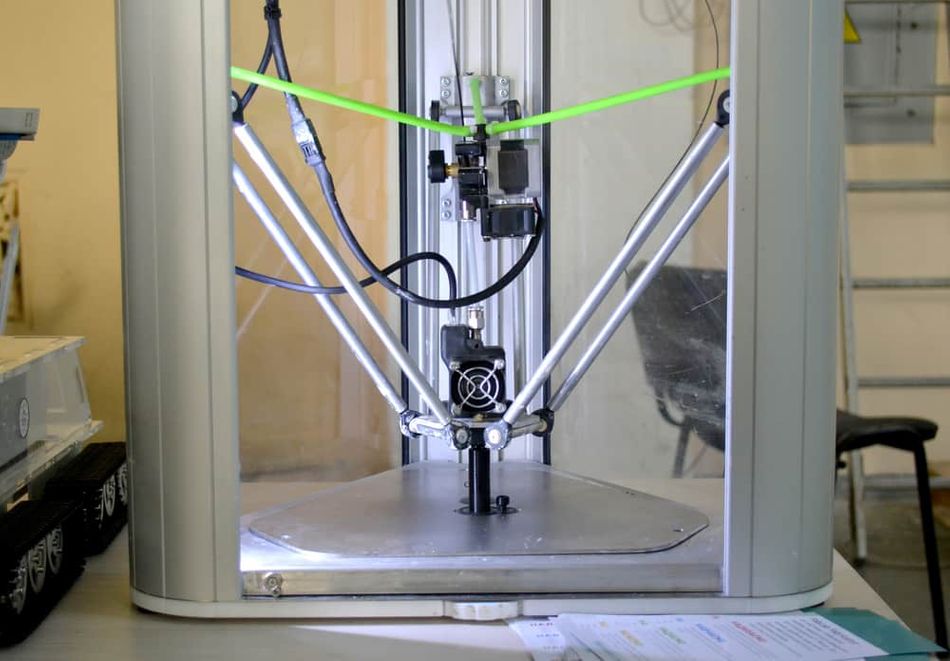 The upside-down triangle shape that enables Deltas to provide excellent services to their users is where the word "delta" originates. Delta robots are affixed to the top of the workspace. Typically, a conveyor moving goods along a production line will serve as this workspace. They are constructed from linked parallelograms that are attached to a single foundation. Both rotational and linear joints are present in this type of robot. This enables the robot to move the tooling on one end of its arm within the dome-shaped workspace. It also improves its performance to guarantee that the completion of various tasks is done accurately.

Delta robots are employed in tasks that need the robot to pick up things in batches and arrange them in containers or according to a predefined assembly pattern. With their improved vision technologies, deltas can now differentiate between and choose from various sizes, colors, or shape selections as well as pick and position objects in accordance with a programmed pattern. The Mako robotic arm in an operating room is an example. This robotic arm gives the surgeon real-time, sensory, visual, and aural feedback while performing robotic joint replacement surgery like a total knee replacement surgery, to ensure the implant is properly optimized. The Mako robotic arm enables surgeons to do a CT scan (computed tomography scan) and design each patient's surgical plan in advance using a virtual 3D model. The surgeon then uses the plan to carry out the procedure and makes adjustments to attain high precision. [5]

You must be mindful of the various factors while using robotics to automate various company activities. These factors have a significant impact on how well the particular robotics you select to use functions.  The robot joints are something to keep up with while employing robotic arms.

Also, it is important to know that apart from the types of robots and the mechanical joints used; these robots can be distinguished according to their use cases. Examples are listed below:

(i) Industrial robots, which are usually articulated robots, are designed expressly for uses like welding, material handling, painting, and other similar tasks.

(ii) Medical robots like surgery robots that are employed in medicine and medical facilities.

In this video, we can see a Franka Emika Robot packing a mobile phone. The robot is able to be trained in the task using intuitive mimicry, and then it is able to repeat the task without break, theoretically indefinitely.