PCBs play an important role in our day-to-day lives as most of the electronic systems around us, including television sets, music systems, laptops, and even smartphones. All these devices have hundreds of miniature electronic components that are carefully mounted on a printed circuit board that uses copper conductors to create those electrical connections between the mounted components.

What is a PCB?

A printed circuit board is an electronic assembly that holds components and provides a compact packaging for integrated electronic circuits to be deployed into an end product. These sandwich-like structures consist of insulating and conducting layers and slots to hold these electronic components in place. The electrical connection present between the components is due to the copper conducting lines known as traces. The components are soldered on the pads, completing the connection between the track and the component. A PCB helps compact the circuit by efficiently placing components and connecting them with tracks in multiple layers. The layers are stacked one above the other with an insulating layer between them. The different layers help route traces without intersecting each other. A PCB has two layers: a conducting layer generally made of copper and a non-conducting layer known as the substrate material. Above the substrate material, the PCB has the following parts: 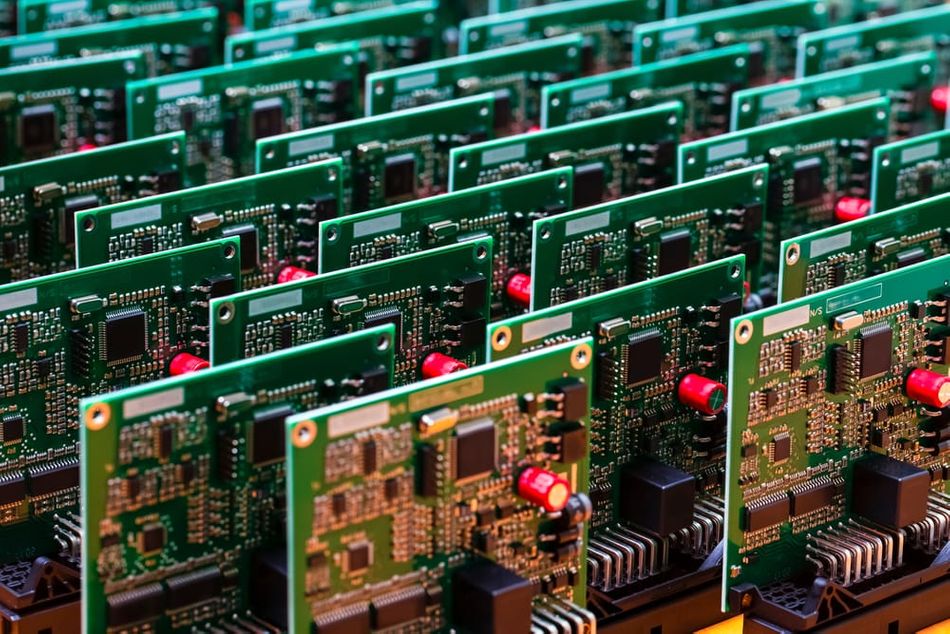 What are the 3 types of PCB?

To make a PCB as compact as possible, several conducting copper layers are stacked over each other with insulating material (prepreg) between them. Based on the number of conducting layers present in a PCB, it is categorized as follows:

PCBs are made of various substrates and materials, and the substrate selection depends upon the operating conditions and application specifications. For PCB design, engineers choose the material based on the following factors such as dielectric constant, flame retardance, loss factors for high-speed applications, mechanical strength, and thermal performance. The core substrate that forms the middle layer in a PCB is called laminate, insulating in nature. The insulating media between two consecutive conducting layers is called prepreg.

The following are the materials used in PCB manufacturing: 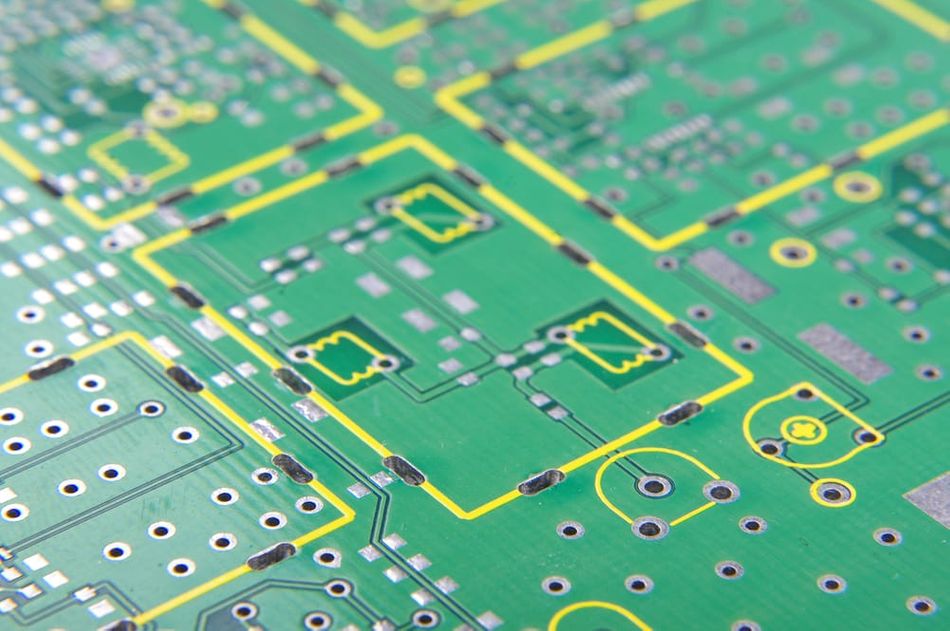 In the healthcare field, various electronic scanners, monitoring, and measuring equipment are used to monitor patients' health parameters. These machines are required to work with utmost precision and have high accuracy. Hence, high-density interconnect HDI PCBs are specially designed for this purpose. Certain applications also require frequent movement of parts; hence flexible laminates are used for the same.

Consumer electronics, such as smartphones, kitchen appliances, and entertainment systems, use PCB as the substrate. Due to mass production, the manufacturing of these PCBs is done at a low cost and high volume while maintaining quality and safety standards. FR4 epoxy type of laminates is generally used in consumer electronics applications. In industrial applications, machines, power converters, and power measuring devices are all designed for PCBs that can survive harsh heat, moisture, and chemicals. Polyimide laminate with doubly thick copper is generally used for such applications.

What is the main difference between PCBA and PCB?

PCBA stands for printed circuit board assembly, which is completely different from a PCB, where there are just the tracks without the components attached. In simple words, a PCB is a blank board, while a PCBA has all the components mounted onto it. A PCB schematic is first designed in CAD software like Eagle, Altium, etc., after which it is manufactured. The end product of this process is a board over which tracks are printed along with a solder mask and silkscreen. This board cannot be used unless the electronic components are mounted on it. After mounting all the components at their respective locations as indicated by the silkscreen, an assembled printed circuit board (also called PCBA) that can be deployed is ready. As part of the PCBA design, nowadays, the manufacturers mainly use SMD components for the PCB to make it cost-efficient.

For PCBA manufacturing, the sourcing of electronic components is an important part of the whole process before mounting them. These components are selected during the design phase of the PCB according to the requirements of the application. Components like resistors, capacitors, integrated circuits, and microprocessor chips are of two types based on the type of mounting: surface mounted and through-hole mounted.

For printed circuit board assembly, surface-mount technology (SMT) is an assembly process method in which surface-mount components are soldered on the surface of the PCB. This technology is generally used in multi-layered PCBs, which are required to be compact. The process first involves making the PCB and placing the solder paste on the leads, after which components are placed on the board. The PCB is then heated for the solder to melt and firmly hold the components in their place. 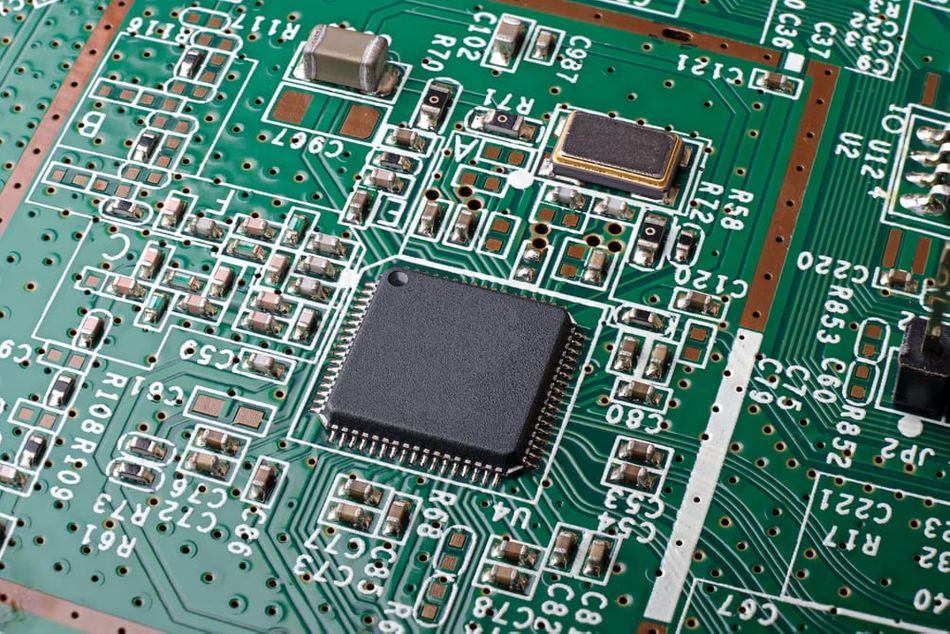 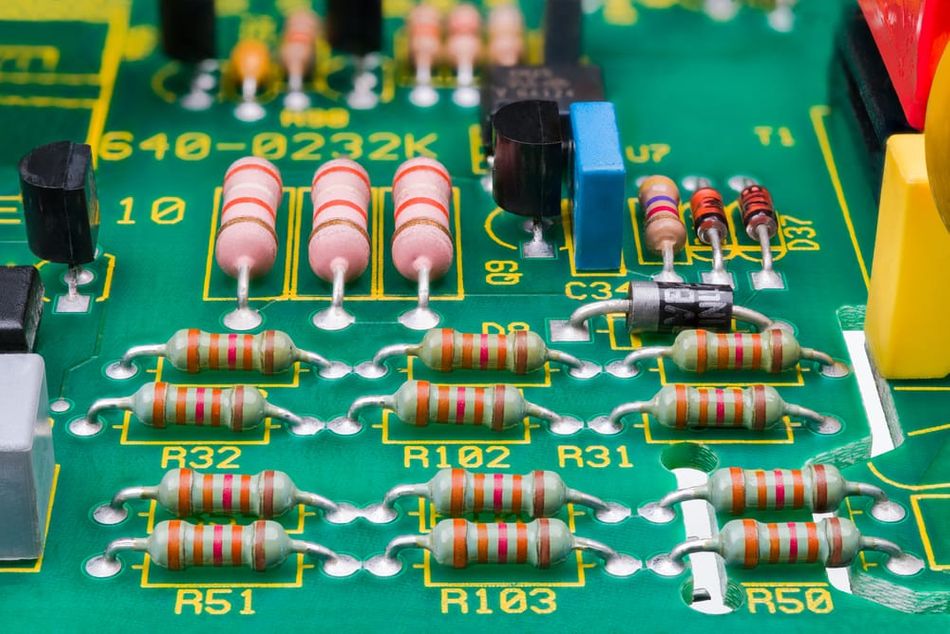 Printed circuit board with thru-hole technology

PCBs are the foundation of modern-day electronic systems, and with an increase in industrial automation, PCBs will be much needed to serve the demand. Some of the key takeaway points are:

One would assume that when we test boards in parallel, this translates to savings in test cycle time, and an increase in production throughput. But is this true?

SMT Manufacturing: Everything You Need to Know

SMT stands for Surface-mount Technology, a method of soldering components directly onto a PCB. This article delves into the concept of SMT and the manufacturing process, as well as the benefits, drawbacks, and related terms.