Motors, generators, transformers, audio systems, industrial machines, furniture, toys, levitating trains, recycling devices, etc., all have one thing in common. They all use magnetism in some form or another.

We are all familiar with the basics of magnets and their behavior. Magnets have two poles: the north pole and the south pole. While opposites attract, the two of the same poles repel each other. Certain materials like those that contain Iron can be magnets and other materials like Cobalt and Nickel are attracted to magnets even though they aren’t one themselves.

In this article, we explain the basics of magnetism in depth. We start with a brief history of magnetism and go on to cover Faraday’s and Lenz’s laws to understand what causes magnetism. We explain the classification, types, properties, and some examples of magnetic substances. In the later sections, we explain the working of electromagnets and the earth’s magnetosphere.

The modern name magnet is derived from Magnesia, a region in Greece where Thales of Miletus first found lodestones back in 600 BCE. Lodestones are naturally magnetized pieces of magnetite that can attract iron.

The next mentions of lodestones and their magnetic forces come from Chinese classic texts around 400 BCE. Chinese were the first to use magnetic lodestone compasses for navigation by the 12th century. 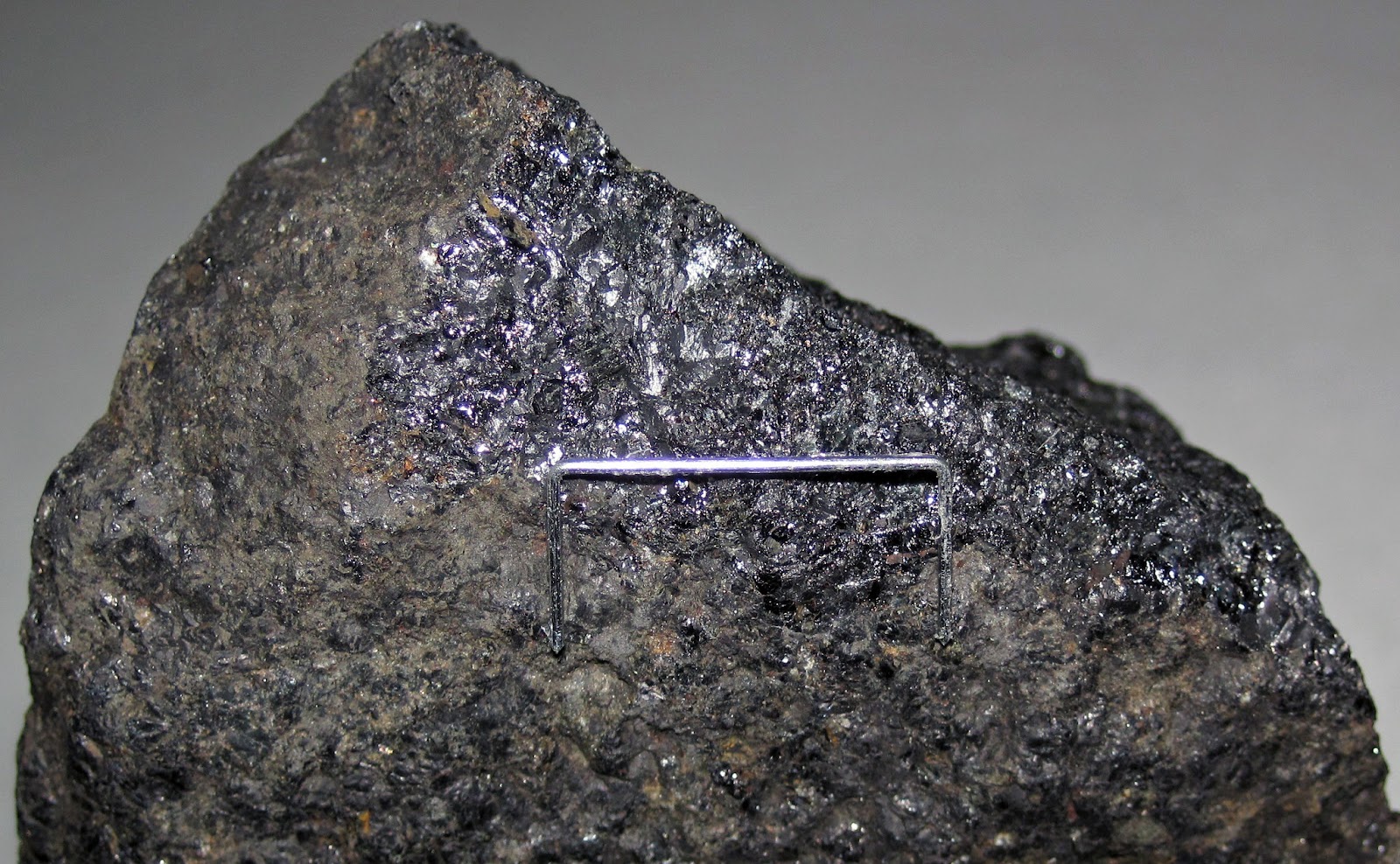 Fig. 1: Loadstones are natural magnet pieces made of magnetite minerals. Source: James St. John - Flickr
In the 1600s, William Gilbert, an English physicist, investigated the behavior of magnets scientifically. Carl Friedrich Gauss further explored the work. The accidental discovery of electromagnetism by Hans Christian Oersted in 1819 brought a new era of advancements in the field.

Magnetism is a property of moving electric charges or specific materials that lets them exert an attractive or repulsive force on objects. Much like how subatomic particles like electrons possess intrinsic properties of mass and charge, they also have a property called intrinsic magnetic moment.[2]

Faraday’s Law: Faraday’s law states that whenever a conductor is placed in a varying magnetic field, an electromotive force (emf) is induced.

Since many electrons revolve around an atom while spinning on their own axis, these particles behave as current loops to generate a magnetic field. Hence, particles with electric charge also happen to be magnetic.

These fields are called orbital magnetic fields but don’t necessarily contribute to the overall magnetic effects of an atom. This is due to the fact that in a filled shell, electrons exist in pairs that spin in the opposite direction to cancel out their effects to produce a net zero magnetic field.

Atoms of elements lying at the sides of s/p/d blocks in the periodic table have a full or nearly full outer shell; hence, they are not magnetic. Atoms of elements in the middle of blocks, such as Manganese, Iron, Cobalt, and Nickel, are examples of magnetic material. These are also the most common magnetic metals.

Fig. 2: Having an unpaired electron in the outermost shell makes an atom magnetic; however, magnetic atoms don’t necessarily make the material magnetic. Edited by the Wevolver team Source: Wikimedia

When a group of atoms forms a crystal, they have an option to align the magnetic fields with each other or in opposite directions. Just like all other entities in the universe, atoms, too, seek stability and will align in the configuration that requires lesser energy.

Consider Chromium, for example; though it has highly magnetic atoms, the alignment of the internal magnetic fields makes it a non-magnetic material. Hence, it is not included in the examples of magnetic substances.

So what might happen when a magnet is brought close to an atom with only paired electrons?

The seemingly obvious answer is that it would not experience any force. It would neither be repelled nor attracted to the magnet. But that’s not right. There’s another phenomenon that comes into effect in this situation: electromagnetic induction.

As soon as the external magnetic field is removed, the paired electrons cancel out the magnetic moments, and the material loses magnetization as a whole. Hence, diamagnetism is a temporary phenomenon.

Continuing the previous discussion, let’s consider a material having atoms with unpaired electrons. Each atom would have its own permanent magnetic moment due to the current loop formed by the unpaired electron. When no external magnetic field is present, the magnetic moments of the atoms will be arranged randomly such that they cancel each other out and have a net zero magnetization.

When this material is placed in a magnetic field (of, let’s say, a bar magnet), the tiny dipoles of individual atoms change their orientation to get somewhat aligned in the direction of the applied magnetic field. This causes them to be weakly attracted to magnets. The thermal energy of the element doesn’t let all the magnetic moments align perfectly in the direction of the applied magnetic field, and hence the magnetization is weak. The strength of magnetization reduces with an increase in the temperature (thermal agitation).

The value of susceptibility is small and positive for paramagnetic materials.

When the external magnetic field is removed, the magnetic moments return to their random alignment, and the material loses magnetization as a whole. Hence, paramagnetism is a temporary phenomenon.

We’ve seen how most elements, even the ones with unpaired electrons, don’t get attracted or repelled by magnets. However, there are four elements in the periodic table that showcase strong attraction towards magnets. These elements do have atoms with unpaired electrons, but there’s a difference in their crystal structure that makes them different from paramagnetic materials.

The strength of magnetization increases until the ferromagnetic material reaches a saturation point, beyond which increasing external magnetic field no longer increases the magnetization of the material.

What happens to ferromagnetic materials after removing the external magnetizing field depends on their retentivity.

Retentivity: It is defined as the ability of a material to retain magnetization after the removal of an external magnetizing field.

Coercivity: It is the ability of a material to resist a change in magnetization

Examples of ferromagnetic materials include Iron, Cobalt, Nickel, and Gadolinium.

When the adjacent magnetic moments of material are arranged in an antiparallel fashion, it becomes antiferromagnetic. The magnitude of all the moments effectively cancels each other out, and the net magnetism is zero.

Ferrites/Ferrimagnetic materials have an anti-parallel alignment of magnetic moments just like antiferromagnetic materials. However, the magnitude of these moments is different, making the material magnetized.

Examples of ferrimagnetic substances include metal oxides like magnetite.

Based on the duration of magnetic effects, magnets are classified into the following categories:

Materials that retain their magnetic properties for a long period of time are called permanent magnets. Ferromagnetic materials, including iron, nickel, cobalt, and some rare earth metals alloys like the ones that use Neodymium are used to make permanent magnets. 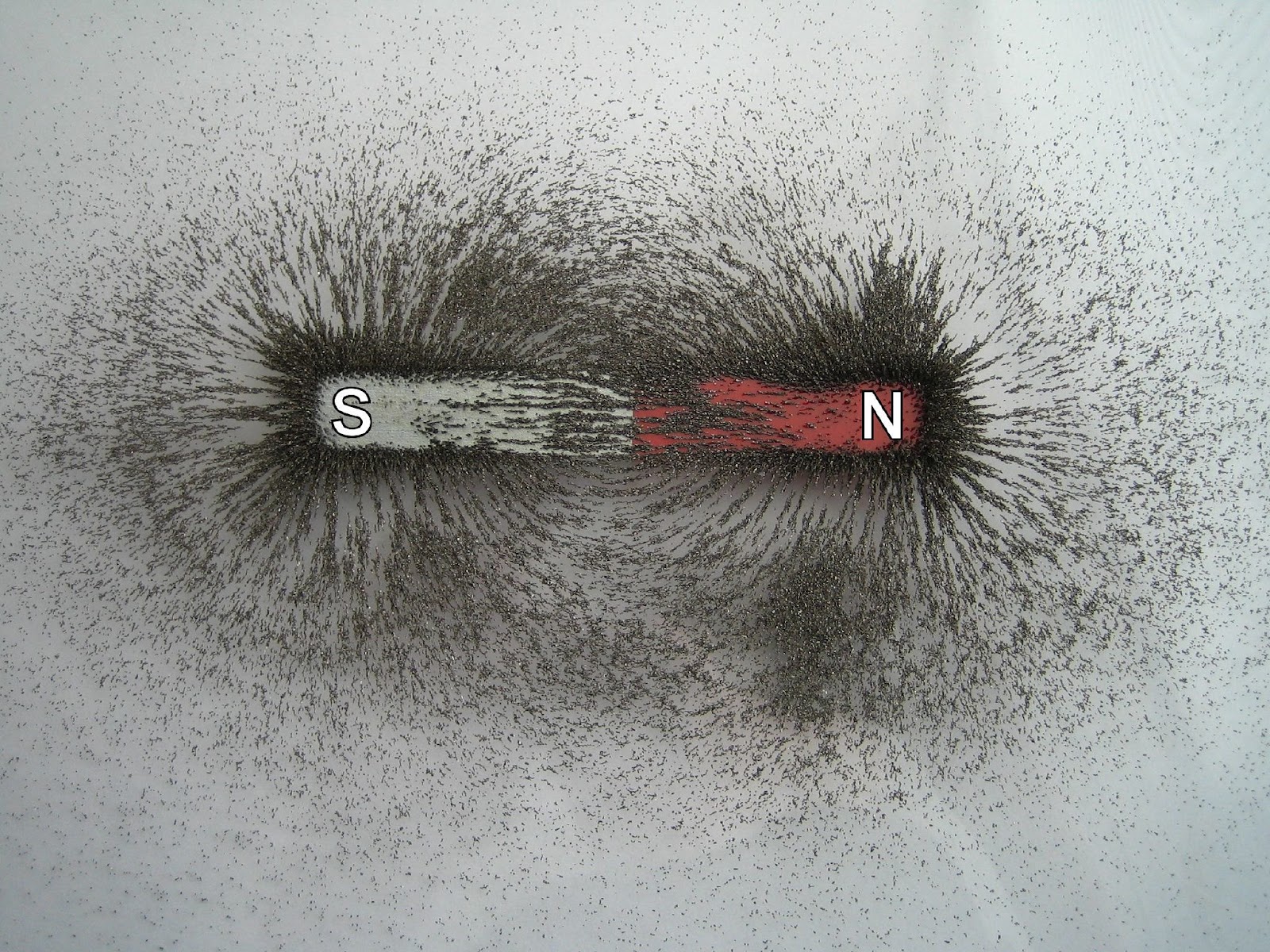 Fig. 7: Iron fillings placed around a bar magnet align themselves in the direction of the magnetic field. Notice how the number of fillings is high near poles due to strong magnetic fields. Source: Dayna Mason - Flickr

AlNiCo magnets are made up of aluminum, nickel, and cobalt and remain one of the most widely used permanent magnets. They are not as strong as magnets made with rare-earth elements but are more readily available.

Materials that simply act as magnets under the influence of a magnetic field, and lose their magnetic properties as soon as the external field is removed, are called temporary magnets. Any current carrying conductor can behave as a temporary magnet.

Electricity and magnetism are just like the two sides of the same coin, much like how Mass-Energy and Time-Space are.

When an electric current is made to flow through a conductor, a magnetic field is set up around it, the direction of which can be determined by the right-hand thumb rule. This effect is intensified by wrapping a wire over a soft ferromagnetic core and the resulting setup becomes an electromagnet. 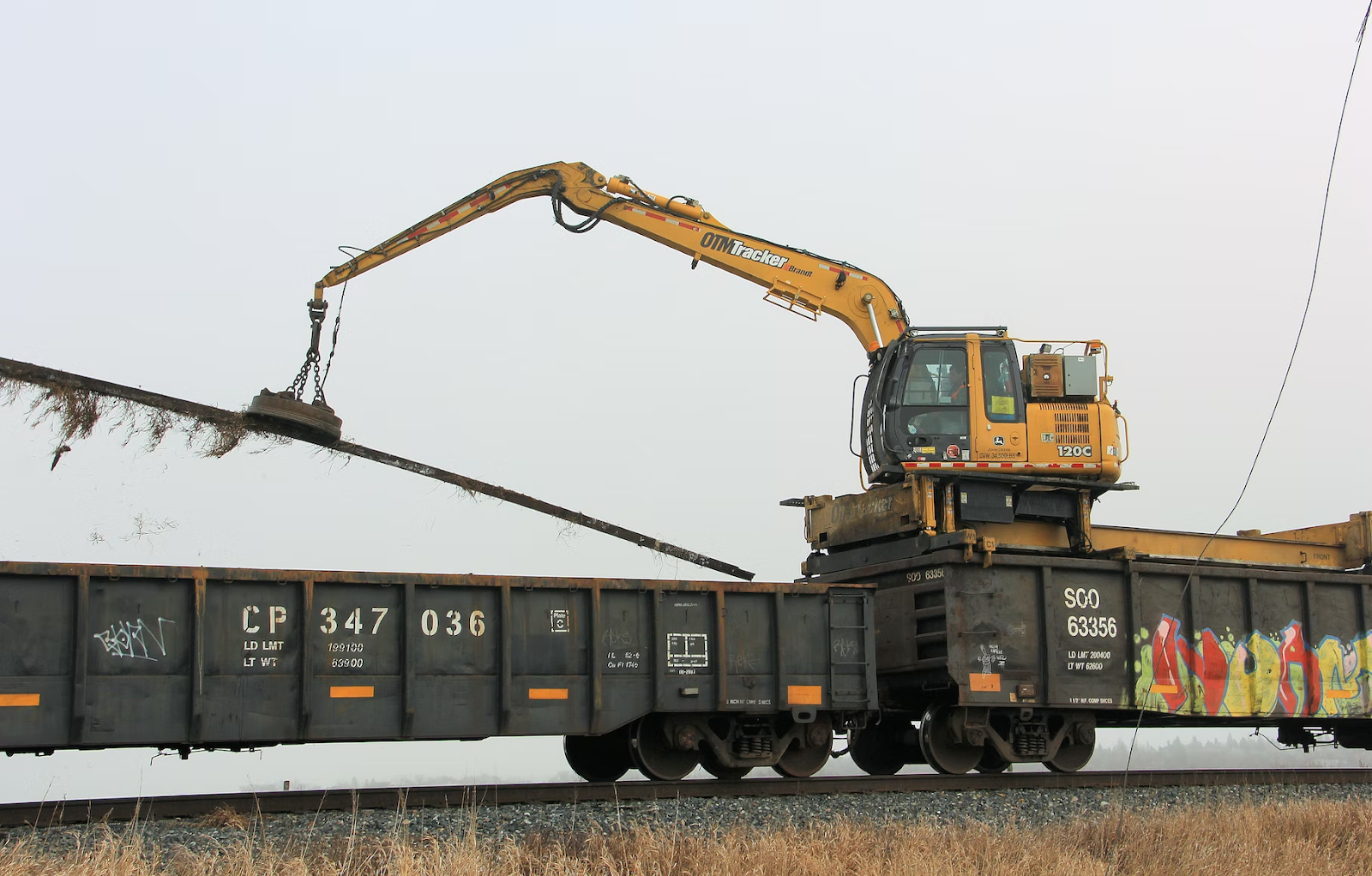 Check out the Wevolver Student Researcher Program 2021 submission that explains the application of magnets in a hyperloop: Developing A Scalable Hyperloop

The source or causes of the earth’s magnetic field are not completely understood yet. However, it is believed that the earth’s magnetism is due to its metal core. The outer core contains liquid metal, and the inner core is under such a high pressure that the metal solidifies.

There is a continuous flow of electricity in the earth’s core which sets up a magnetic field around the planet. The earth, as a whole, behaves as a giant bar magnet. The magnetic field at the poles points vertically up/down at the north/south poles of the planet. The earth's magnetic poles lie slightly away from geographic poles and gradually keep changing their position over time.

A compilation of beautiful aurora lights as visible from some Nordic countries.

When the solar wind comes in contact with the earth’s magnetosphere, it creates a magnetic storm that stretches the magnetosphere while bringing some charged particles towards the earth. When these particles come in contact with neutral oxygen and nitrogen atoms in the atmosphere, they emit light. This phenomenon gives rise to the aurora borealis or aurora australis (northern/southern lights).

Without the earth’s magnetosphere, the earth’s atmosphere and life as we know it wouldn’t exist.

[2] MAGNETS: How Do They Work?, minutephysics - YouTube, [Online], Available from: https://www.youtube.com/watch?v=hFAOXdXZ5TM&ab_channel=minutephysics