In the field of electronics, various technical terms abound, with such intricately connected meanings that they are often used interchangeably. Two of such terms are Printed Wiring Board (PWB) and Printed Circuit Board (PCB) These terms are so closely related that their differential use is now considered a simple matter of word choice.

What is a PWB?

A PWB is a board on which components are mounted and wired together. It is used to provide component attachment bases and interconnections to form a functioning electronic circuit. After all of its electrical components are attached, a PWB becomes a printed wiring assembly (PWA), which has a similar meaning to a printed circuit assembly (PCA).

In the early stages of electronics manufacturing, the term PWB was used in the practice of surface mount technology, when the circuit had only a point-to-point connection. Development continued to the stage where conductors could run from one side or layer of the board to another, which offered better functionality, effecting the gradual transition to PCB.

Recommended reading: SMT Manufacturing: Everything You Need to Know

What is a PCB?

PCB, short form for printed circuit board, is a sheet of insulating material such as fiberglass, which has a metallic circuit or tracks printed or etched on it for electrical conductivity. PCB is used to mechanically support and electrically connect electronic components using conductive pathways also known as tracks or signal traces etched from copper sheets and laminated onto a non-conductive substrate.

PWB is generally used when the board has only copper tracks and features, without circuit elements such as capacitors, resistors, or active devices designed into the actual substrate of the board. In recent times, however, the vague distinction between circuit and wiring has made it possible to interswitch PWB and PCB as the same concept, even though the Institute for Printed Circuits (IPC) approved term for it in 1999 is printed circuit board (PCB). This decision was made as a result of notable advancement in board design and electronics manufacturing, allowing for fully automated assembly processes and greater functionality that was previously impossible. [1]

PCBs all have the same basic purpose, but they are available in a wide selection of configurations designed according to the needs of various applications and the demand for specific PCB designs. Some of these different types include:

A single-sided PCB has just a single conductive copper layer on the substrate and is the most common type of printed circuit board. The electrical components are attached on one side of the board, and the entire etched circuit can be seen from the other side. Single-sided PCBs are used for basic and low-cost electrical/electronic instruments such as FM radios, calculators, etc.

A double-sided PCB has a thin layer of conducting material added to both the top and bottom sides of the board, and holes in the circuit board allow metal parts to be connected from one side to the other.

Double-sided PCBs are used in diverse applications such as amplifiers, cell phone systems, UPS systems, and many others. It is commonly used for its benefits of lower cost, flexibility, multi-layering of PCBs, and reduced size, making for more portable circuits.

Multilayer PCBs contain three or more copper layers. In general, any board featuring at least three conductive layers is included in this category. Multilayer boards are designed with several double-sided conductive layers divided by an equal number of insulating material sheets. Being double-sided, the layers can be up to 40, in multiples of 2.

A Rigid Circuit Board is a PCB that cannot be bent or forced out of shape. It is simply not flexible, so once manufactured, it cannot be modified or twisted into any other shape which makes it difficult to fit into unusual geometries or small areas. The board’s base material is a rigid substrate, which gives the board rigidity and strength. Rigid PCBs can also be single, double, or multilayered, depending on the need and purpose of production.

Flex PCBs are flexible and permit folding, contrasting with the unyielding Rigid PCB but just like it, Flex PCBs can come in single, double, and multilayer configurations. Flexible material and shape help easy handling and transportation of these types of PCB without incurring damage.

The substrate of a flexible board is made of flexible plastic (thin insulating polymer film), or a transparent conductive polyester film, and is also known as flex circuit board, flex circuit, and versatile printed circuit.

A Rigid-Flex PCB is a hybrid circuit board that integrates impressive elements from both flexible and rigid circuit boards, making a board that can be folded, twisted, or continuously flexed. Contrary to both Rigid and Flex, Rigid-Flex PCBs contain all of the electronic interconnectivity embedded within the board, consequently reducing the weight and size of the board. This and other high point features such as shock resistance, durability, simplified PCB assembly process, and higher connection reliability due to fewer solder joints, attract manufacturers to the board type. Like its other two counterparts, it can be single, double, and multilayered as well. [2]

PWB and PCB: Comparison and Contrast 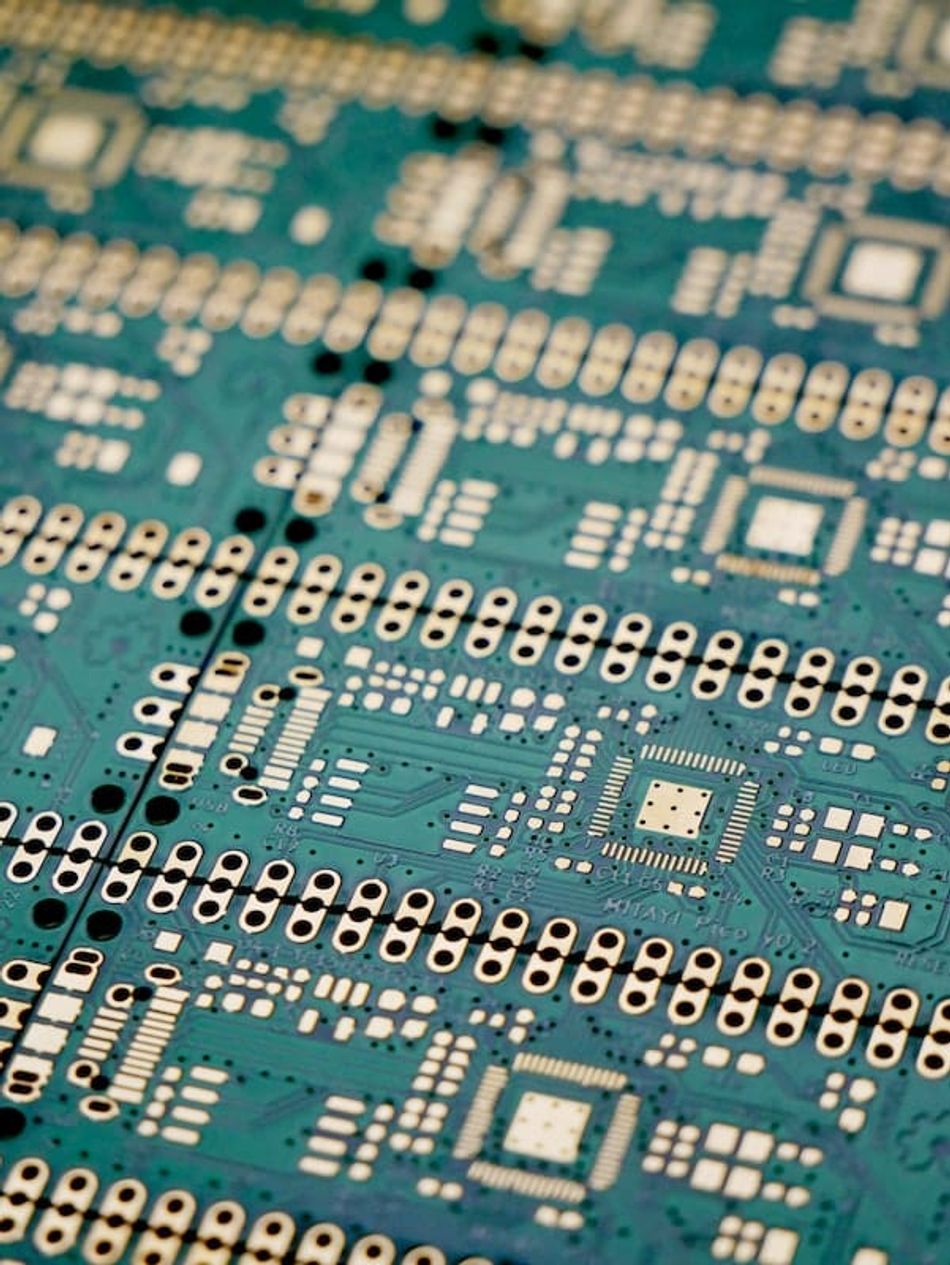 Both PCB and PWB refer to an electrical board made of one or more layers of copper laminated onto a non-conductive plastic panel that supports and connects components with conductive tracks. But some distinction is found between them in the sense that PWB is the term for the earliest form of printed circuit boards before the advancement in circuit technology that set off its evolution, came to be. This was in the initial stage of the electronics industry when the limited connections that boards availed made them well suited to the term printed wiring boards. Therefore, PWB is foundational to PCB, which is an improved term for better board technology.

This fact may be what informs the use of these terms in contexts where PWBs are considered bare boards that have no components, while PCBs are boards that possess an entire circuitry of components. More so, PWBs indicate rudimentary circuits with non-complex functionality, while PCBs are fully equipped boards installed in smart electronic devices.

Just like how computer applications and software get upgraded but are still fundamentally the same as the previous version, the exact similarity comes to bear with PWB and PCB whose differences can only be found in the developments that have occurred since its inception.

After establishing the technical similarities and differences of PWB and PCB, it remains to address the nominal difference in use according to different locales.

In America, both terms are now often used interchangeably, but they came into use following the chronological development of PWB to PCB. If we were to specify a more preferred term, however, it would be PCB.

The reverse is the case with modern Japan, whose preferred term is PWB even though PCB was majorly used during the emergence of the electronics industry in Japan, in the 20th century. PCB was replaced with PWB for the term's resemblance to a common poison called polychlorinated biphenyls, whose acronym is also PCB [4]

Advantages of Employing PWBs and PCBs

Since we have earlier ascertained that PWBs and PCBs are essentially the same, it is expected that they would offer the same advantages to printed circuit board assembly (PCBA), surface mount technology (SMT), and electronics production overall. Some of these benefits are outlined subsequently:

The printed wiring board constitutes one foundational stage in PCB manufacturing. The sophisticated circuit boards we know now were developed from PWBs but have now become so technologically advanced that the term PCB was necessitated. This advancement came with many advantages for PCB fabrication in electronics production however, it has not successfully phased out the term PWB, which is why both terms are still in circulation today.

2. Electronics and You. Different Types of Printed Circuit Board (PCB). 2022. [cited 2022 Jun 17]. Available from: http://www.electronicsandyou.com/blog/types-of-pcb-different-types-of-printed-circuit-board-pcb.html