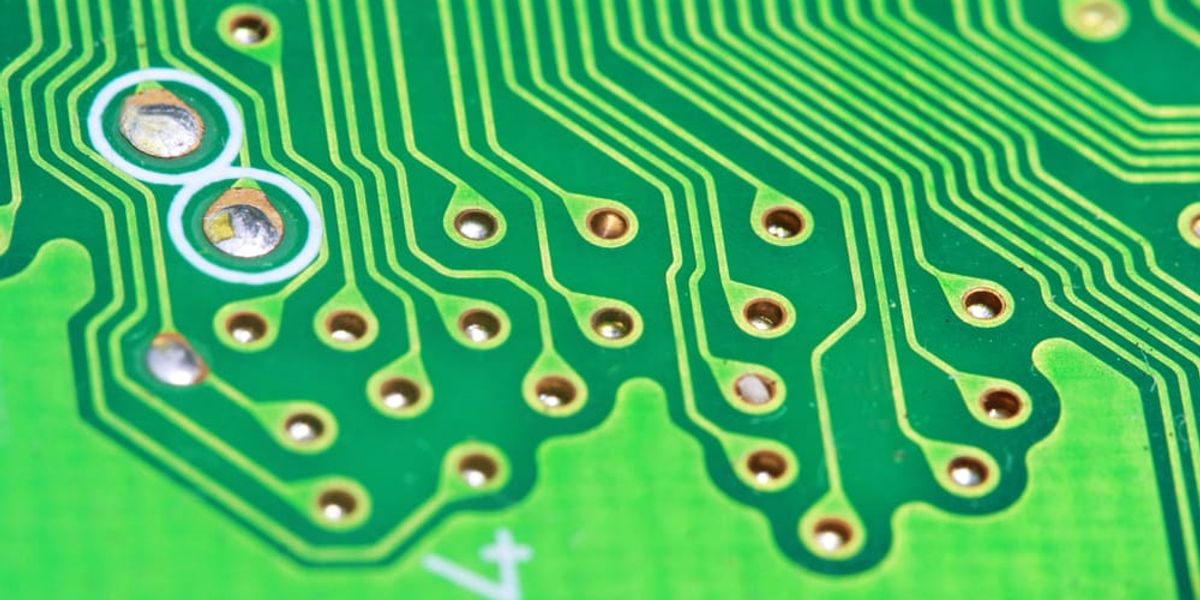 Via Holes on PCB

Via tenting is a process of creating a tent-like covering over a via, to provide protection for printed circuit boards (PCBs). This method of covering is the simplest and most affordable, and therefore the most common in PCB manufacturing. This article covers the definition, benefits, and exceptions of via tenting.

Vias are plated through-holes on printed circuit boards that allow the transmission of electrical signals from one layer or side of the board to another. This makes them crucial for PCB manufacturing, especially for multilayer PCB assembly. Vias are usually copper-plated due to the conductivity of the material. PCB designers and manufacturers may prefer these holes either exposed or covered. When the hole is completely closed, it is called a filled via or masked via, depending on the covering method. But when the hole is partly closed, the method applied is called tenting.

Many PCB fabricators prefer the tenting method of via coverage. Covering vias with different materials allows them to conduct electrical signals while dissipating any produced heat. Tenting is not the only method available, but it is the most common one in PCB manufacturing.

Recommended Reading: What is a Via?: A Comprehensive Guide.

What is Via Tenting?

Via tenting is more often used than mask plugging or epoxy filling because of its cost advantage. The most cost-effective form of via tenting is LPI (liquid photo-imageable) solder mask tenting. However, manufacturers who worry about the tenting coming loose and exposing the annular ring, may decide to use a more expensive resin filling.

Tenting is usually more effective on vias with small holes (12 mils or less in diameter), so it is more effective for larger vias to be filled and closed. This filling does not have a significant negative impact on the conductivity of the vias, as there is usually no impedance of electrical signals through the copper plating.

Tenting a via usually involves using a solder mask to enclose the annular ring of the via. Tenting has both positive and negative impacts on PCBs, but to answer the question of whether or not you tent the vias on a PCB, the design and manufacturing requirements of the board, as well as the size of the via, hold the answer.

Smaller vias are typically easier to fill or tent. When the via gets up to 15mil in diameter, it becomes too large for the tenting method. [1]

What Are the Benefits of Via Tenting?

Via tenting is an efficient and cost-effective method of providing protection to PCB vias and the copper around them. This method bears many advantages, which are discussed in the following paragraphs:

The primary goal of via tenting is to leave fewer exposed conductive pads on the surface of the printed circuit board. This lessens the probability of physical damage from corrosion and shorts which happens during solder bridging in PCB assembly.

Via tenting also limits the chances of paste migration from SMT pads, which comes about when vias are drilled on standard BGA “dog-bone” patterns or when the vias are on the edges of SMT pads.

The solder mask protects the copper traces and the via from oxidizing and corroding. Therefore, via tenting creates a barrier that can help prevent any damage to the PCB layers from external elements. When left exposed, the elements can decrease the integrity of the components and lead to corrosion.

Tenting should be done on both sides of the PCB, as doing just one side will leave the other side vulnerable to oxidation and corrosion.

For via-in-pad technology, non-conductive via fill is the suitable recourse. [2]

What is the Difference Between Via Filling and Via Tenting?

Via filling is a PCB fabrication method where the via hole is filled using a conductive or non-conductive epoxy material or copper plating to effectively close the via hole. When vias are filled, it improves the reliability of the PCB by limiting the chances of trapped liquids or air in the via, which can lead to defects during the assembly process. On the other hand, via tenting mainly focuses on limiting element exposure and decreasing the risk of circuit contact or accidental shorting, instead of closing the via hole.

The options for via filling include the following:

Conductive via filling allows the proper flow of electrical signals from one side of the circuit board to the other, while enhancing the thermal regulating attributes of the via. Conductive-filled vias are usually made with copper or silver, which makes them beneficial for conducting a large portion of heat away from components. This is possible because the metallic nature of the fill wicks heat away from the circuit.

This via-filling method records some disadvantages:

Non-conductive via fill shares the same process as conductive via filling. However, it is usually aimed at preventing solder or other contaminants from breaching the via, as opposed to heat and signal conducting purposes. It also helps the structural integrity of a copper pad covering the hole in the case of a via-in-pad.

Nevertheless, the vias will still be able to conduct heat and electrical signals since they are copper plated, effectively nullifying the misconception that a non-conductive filled via will either pass a very weak electrical signal or no current at all. The thermal conductivity of non-conductive material is generally close to 0.25 W/mK.

Filling vias requires adding a few more steps to the general PCB manufacturing process. The steps include: drilling the vias that will be filled; cleaning with plasma and brushing; applying conductive carbon; applying dry resist film or mask; imaging the holes that need filling; applying copper through galvanization; strip resist; brush/clean again; allowing to bake for an hour; filling holes with resin; bake for one and a half hours; more brushing/cleaning; after which the board can proceed through the general conventional steps for PCB production.

The process of via tenting involves using a solder mask to cover the via hole and annular ring. It does not require any particular actions to ensure the opening stays closed. This means that while the process is less complex, it also offers less to no guarantee that the hole will remain covered, even though using small vias with a diameter of 12mil or less increases the chances of the hole staying closed. But for the filled via, specific measures are taken to ensure the via is plugged and sealed with a solder mask, and the annular ring is covered. This is commonly found in BGA design where vias are usually placed very close to the BGA’s SMD pads. The aim is to forestall an event of solder wicking away from the intended pad during assembly,  and flowing down the via, thereby creating poor or non-existent solder joints.

However, via tenting is the least costly option, and as mentioned above, it has a straightforward process that makes it easy for the manufacturer to install. It keeps the board’s cost to a minimum, as all that is required is to identify the vias for tenting and eliminate mask clearances from them. [3]

When to Keep Your Vias Exposed?

There are cases where tenting vias does more harm than good. The LPI solder mask is a liquid, so it has to act as a bridge over the via hole. Unfortunately,  this can cause the solder mask to not completely tent or skin over the via, leaving a small hole (especially if the via hole is large). This small hole can be the sole avenue for corrosive flux, moisture, and other unwanted chemicals to get trapped in the via. The consequence of this is possible via failure due to corrosion eating the copper via. In this situation, it is much better to leave the via untented or exposed. 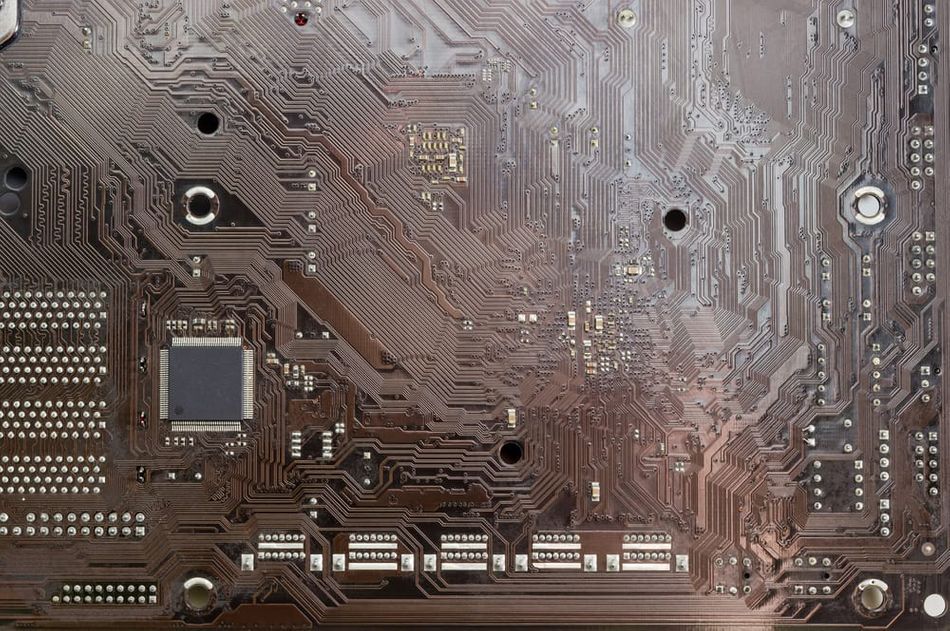 Leaving the vias without a solder mask does not mean the copper will be open to the elements. removing the solder mask over the vias exposes them to the same surface finish as all other exposed copper such as solder pads. Available surface finishes include HASL and ENIG which will cover the insides of exposed vias with gold, protecting the copper from corrosion and damage. [4]

Tenting a via is simply covering the annular ring and via hole with solder paste. This is done for the primary purpose of preventing the exposure of sensitive PCB components such as the conductive pads to environmental elements that could inflict damage from corrosion and oxidation. The result of these harsh environmental conditions could be accidental shorting of the circuit. Via tenting is not the most efficient protective measure, but it is commonly used due to its simplicity in application and cost-effectiveness.

1. Millennium Circuits Limited. Guide to PCB Via Tenting | What is PCB Via Tenting? 2022. [Cited 2022 Dec 8] Available from: https://www.mclpcb.com/blog/pcb-tenting/

2. PCBBUY.COM. What is Tenting Vias and What are the Features in PCB? 2022. [Cited 2022 Dec 8] Available from: https://www.pcbbuy.com/news/What-Is-Tenting-Vias-&-What-Are-the-Features-in-PCB.html

4. Altium. When to Use Tented Vias in Your PCB Layout. 2021.[Cited 2022 Dec 9] Available from: https://resources.altium.com/p/when-use-tented-vias-your-pcb-layout

PWB vs PCB: Differences and Similarities

PWB vs PCB: Differences and Similarities

PWB and PCB are two commonly inter-used terms in the industry of consumer electronics. The former means printed wiring board and the latter, short for printed circuit board. This article explores their similarities and subtle differences; their uses, types, and benefits to the electronics industry.

A PCB trace is a highly conductive track that is used to connect components on a printed circuit board. The traces are commonly made of copper and are fabricated during the etching process of a PCB. This article delves into the explanation of PCB trace, its vital components, and its significance to PCB design and fabrication.

Thickness is a vital element in printed circuit board (PCB) design and fabrication. PCB thickness refers to the thickness of a finished printed circuit board. There is a generally accepted standard thickness for PCBs but variations have emerged due to design specifications and manufacturing requirements. These influencing factors and their resultant thickness range are discussed in this article.