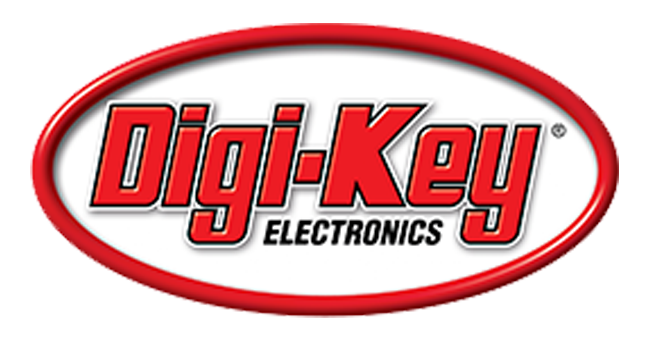 Together with Digi-Key, a distributor of electronic components, we are creating a series of articles about the technologies that make IoT possible.  This first article examines the foundations of smart cities. Future articles dive into smart homes and connected transportation.

What is a smart city?

A smart city is composed of smart objects that are interconnected and connected to the cloud, working together as part of an IoT (Internet of Things) network to create more efficient, sustainable, and convenient city living. Smart cities are also expected to tackle urgent social issues including increasing urban population, excessive energy consumption, road safety, and more. The goals of the smart city, efficiency, safety, and sustainability are intended for economic, social, and environmental sustainability.

The first attempts at smart cities make use of interconnected networks, such as smart grids to increase energy efficiency, sensing and monitoring technology for intelligent traffic management and pollution monitoring, enhanced computing and data storage, and digital IDs for improved access to services.

The technology foundation of smart cities

At the core of the smart city is an interconnected network collecting and sharing data. This network must not only work non-stop, it simultaneously has to fulfill high requirements of connectivity, bandwidth, and processing power, while being able to work at very low power.

For this reason, the key technology for the IoT devices essential to smart cities is semiconductor technology.

Semiconductor technology is used for chips and hardware components inside smart objects, especially smart sensors and monitoring technology. Processors in an IoT device such as MCUs (microcontrollers) have to be embedded with software, which is what allows devices to sense data, process it, and communicate with the network. Due to the network mostly being connected to the internet, a large part of developing an IoT system consists of enabling devices with high-performance connectivity options, such as 5G, LTE, WiFi, and Bluetooth.

While IoT and smart city technology are rapidly innovating and becoming more ubiquitous, there are still challenges to achieving a fully integrated IoT system. The core of these relates to the transition from line-powered network devices to wireless and to the size of chips that need to be significantly smaller while retaining high-performance levels.

The infrastructure of the smart city:

A smart grid is a fully interconnected power system functioning at high energy-efficiency levels and supplying the entire infrastructure of the smart city. Smart metering technology enhances grid reliability by monitoring and regulating power supplies. The smart grid is expected to power electric storage units such as EV charging stations and make use of distributed energy systems (DES). Automation of the grid will enforce fault detection and power cut prevention measures.

Smart meters are intelligent electronic devices that record data on electricity, water, and natural gas usage. A two-way communication system enables service providers and suppliers to collect information on consumption and monitor the energy patterns of customers. Homeowners can access the data to regulate demand and supply on their end and feed power in excess back into the grid.

Smart parking will also be a part of the key infrastructure of smart cities. EVs could be directed towards available parking spots, saving time and ensuring prompt recharging of the vehicles. Volkswagen recently previewed autonomous mobile charging stations that see a small charging robot independently steering to the vehicle requiring charging and communicating with it: from opening the charging socket flap to connecting the plug and decoupling it. Check out the concept in the video below.

Smart grids promote the switch from a centralized model that sees energy flowing from a power plant to the consumer, to a model of distributed renewable energy generation and direct consumer engagement. Domestic and public solar panels, wind turbines, biomass generators, hydro, geothermal, and hybrid power sources, as well as EV chargers and smart homes can all contribute to powering the grid by generating or storing electricity.

To achieve a city-wide paradigm shift in energy consumption and deal with potential unreliability issues due to the inconsistency of renewable energy sources, the priority is to develop energy storage solutions, advanced metering infrastructure, and energy efficiency management software. 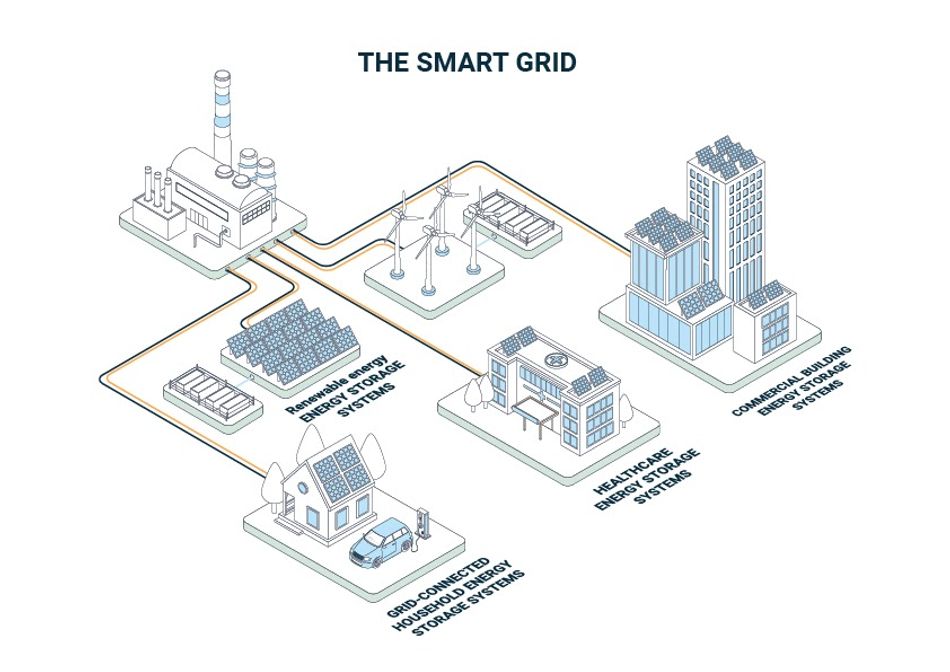 Figure 1:  The smart grid feeds and is fed power from multiple sources including households and electric cars which can act as energy storage units. Image credit: Wevolver.

The smart city relies on the use of smart technology to elaborate and act upon data collected from the environment. Data is collected via the use of sensing technology as well as smart cameras. Sensor technologies need to function at very low power to extend battery life, and can exploit heat, radar, lidar, proximity, chemical detection and sunlight. Even though sensors and cameras would ideally only activate when motion is detected to prevent energy waste, the collection of a constant stream of potentially sensitive data has raised concerns related to the privacy of the citizen, as well as to the security of the data collected.

Sensors for traffic management use millimeter wave (mmW) radar to collect data, communicate wirelessly across the network, and feed real-time data back into the traffic system. This opens up a range of applications such as accident prevention, traffic regulation, and rerouting vehicles towards less-trafficked zones.

For example, traffic light systems may receive data on incoming emergency vehicles and turn green to clear the path to the site of an accident. Self-driving vehicles and automated mobility are expected to be integrated into the network.  Physical sensors can also be installed to collect data on traffic and related pollution levels. Air quality can be tracked and data be accessible to citizens. 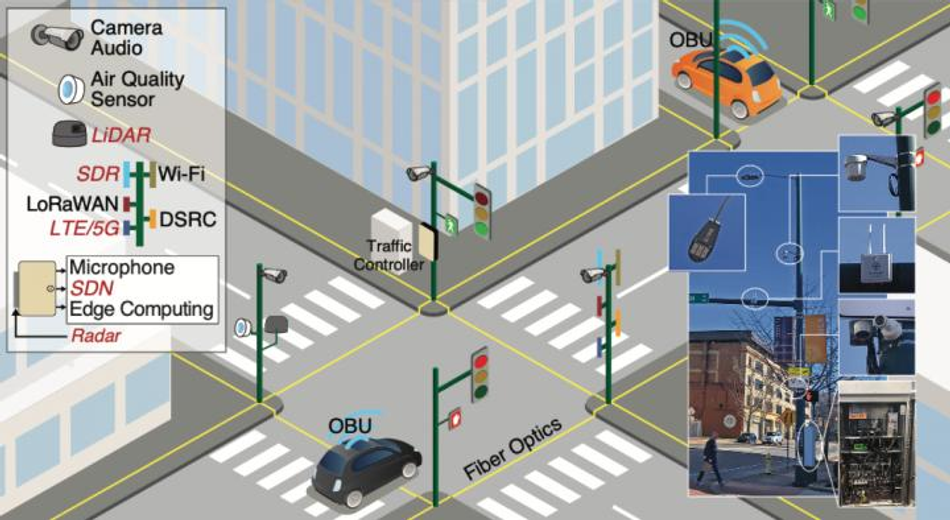 Figure 2:  An overview of the sensors and communications backbone for a smart city traffic control system. Image credit: University of Tennessee-Chattanooga Center for Urban Informatics and Progress.

Video surveillance is also part of the system, both for maintenance purposes and overall control and safety. The issue of permanent surveillance remains one of the most discussed, as it borders on questions of ethical importance such as data security and privacy.

The large amounts of data collected by semiconductor sensors and monitoring technology need to be stored and processed. Gateways store the data collected, elaborate and select them, and send back sensitive data to the system to apply corrective measures. Data is processed according to a model of a local distributed network of nodes known as “edge computing”. By elaborating on the data close to the source of their collection, the network is able to process large amounts of data shared in real-time.

Digital IDs and other technologies

Digital IDs will be an integral part of the Smart City system. Citizens will be able to connect to government services directly and use their Digital IDs to engage with the network, i.e. accessing public transport, making transactions, reserving parking spots or planning routes and confirming their identities. The importance of Digital IDs is evident when thinking of an IoT system that, although working invisibly, needs to remain transparent and give citizens the possibility to be active participants rather than passive users.

Other smart technologies include but are not limited to smart garbage collectors, drones for traffic security, and smart street lights that save energy by dimming and brightening according to external light conditions.

As the technologies to achieve an autonomous, intelligent, and interconnected IoT network continue to improve, the design of the city of the future begins to take a more definite shape. Citizens worldwide will interact more and more with IoT systems as they become integrated into both future and retrofitting city planning. The prospect is a less wasteful, more energy-efficient, convenient, and safer city. However, challenges still lay ahead in both the roadmap to these technologies and the cultural and societal adoption.

About the sponsor: Digi-Key

Digi-Key is one of the fastest-growing distributors of electronic components in the world. Since its founding in 1972, Digi-Key has been committed to offering the broadest selection of in-stock electronic components, as well as providing the best service possible to its customers, aiding engineers through the entire design process, from Prototype to Production®.

I am a Dutch-Italian freelance and fiction writer with extensive experience researching and writing about complex technologies such as 3D printing and IoT. I have a Master’s in Applied Ethics with a focus on Ethics of Technology and have been published at both professional and personal level.