Video of resistors, voltage regulators and LEDs applied to stretchable conductive silver and carbon inks, printed on TPU, with no encapsulation, going through extreme stress and easily surviving to remain functional.

ZTACH® ACE, an Anisotropic Conductive Epoxy, allows for simultaneous Z-axis connections of all the devices on a board, sheet or fabric, across large formats.  It requires no patterning, no bonding pressure, and can be cured at low temperatures.  ZTACH® ACE can adhere to a wide range of substrates, including PET, TPU, various textiles and PCBs.  This material acts as its own underfill, providing superior adhesion and shear strength, eliminating the need for a secondary underfill or post-bond encapsulation. ZTACH® ACE can achieve fine pitch down to 100-microns. Less than 50 microns pitch is currently in development. 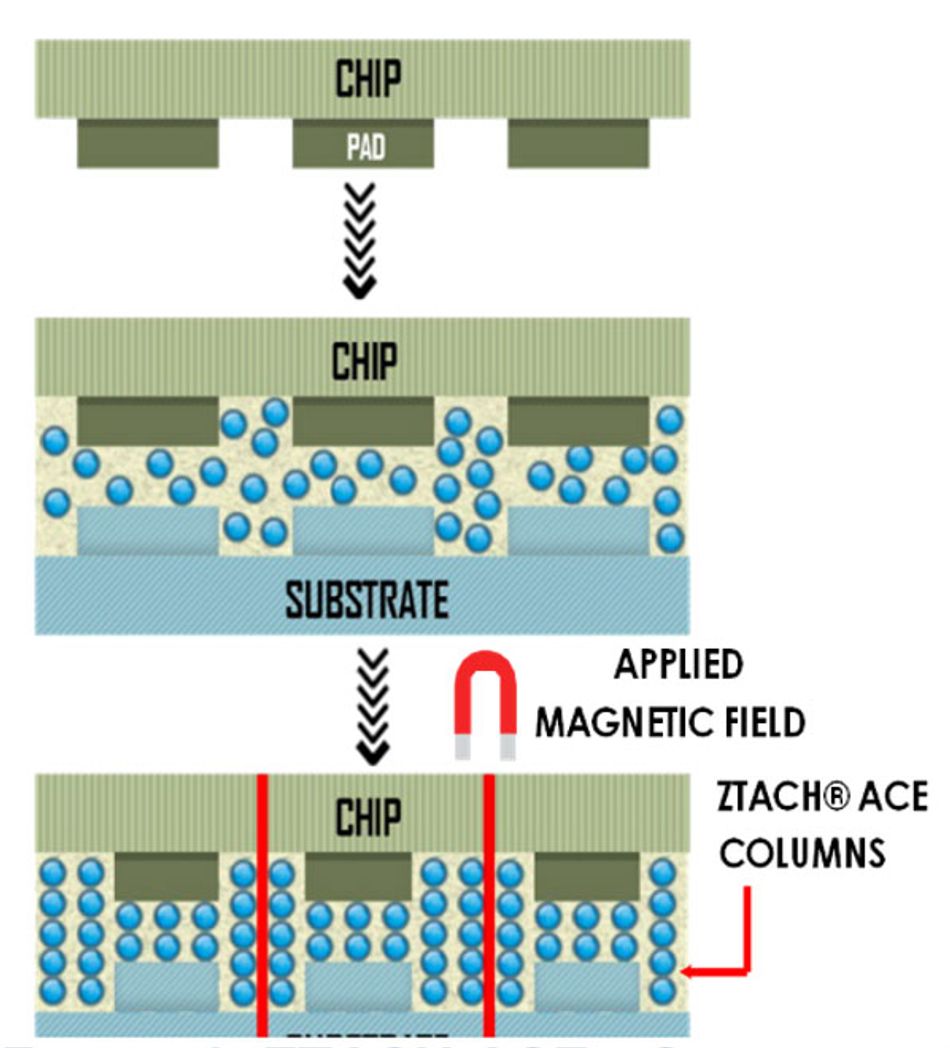 This video is a high magnification x-ray cross-section in real-time of ZTACH® ACE, placed upon the ZMAG™ Magnetic Pallet, while simultaneously undergoing curing.

ZTACH® ACE works by the magnetic alignment of ferromagnetic-conductive particles through SunRay’s patented ZMAG™ magnetic pallet. As illustrated in Figure 1 and shown in the video, once placed on the ZMAG™ Pallet, these particles immediately align into z-axis “wires” magnetically held in place while the resin is hardened by the curing process.  This electrically connects the device to the circuit.  Because of the very low particle filler percentage, the resin creates exceptionally higher bond strength for the device versus traditional attachment methods.  Since ZTACH® ACE is basically an underfill with conductive Z-axis columns throughout, it creates electrical conductivity at the pad locations and thermal dissipation between – all done while maintaining electrical insulation in the X-Y plane.

Good performance of ZTACH® ACE has been demonstrated through thousands of components interconnected on hundreds of sheets on high volume SMT/reflow lines.

We are Exhibiting. Come and visit our booth.

Unlike solder, ZTACH® ACE provides both the electrical connection and the underfill.

Most solder connections on a flexible substrate traditionally require the addition of an encapsulant for protection and for maintaining adhesion of the less flexible interconnection joints. ZTACH® ACE has demonstrated reliability without the need for an encapsulant. This eliminates a manufacturing step and the localized rigidizing created by an encapsulant, with a less bulky product profile.  No encapsulant is especially beneficial in LED applications as the clarity of the LEDs are not interfered by the addition of an optically clear covering.  Nor is the performance over time impacted by the aging characteristics of an encapsulating material. This is particularly useful for the optimal performance of UV LEDs in medical applications.

Figure 2* shows the results of reliability testing of components attached with ZTACH® ACE on printed silver circuits, successfully assembled at Molex’s Printed Circuit Solutions SMT line.  All parts tested with and without an encapsulation, coating passed! 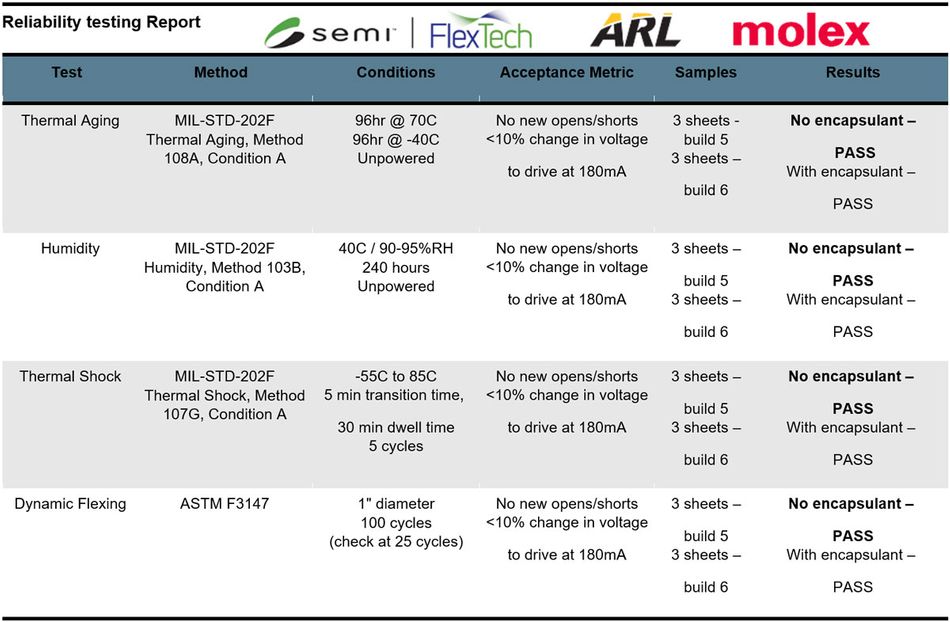 Figure 2: *This material is based on research sponsored by Army Research Laboratory under Cooperative Agreement Number W911NF-19-2-0345. The views and conclusions contained in this document are those of the authors and should not be interpreted as representing the official policies, either expressed or implied, of the Army Research Laboratory or the U.S. Government. The U.S. Government is authorized to reproduce and distribute reprints for Government purposes notwithstanding any copyright notation thereon.

Electrically functional textiles require maintaining good connections between devices and circuitry printed on or woven into, the wearable fabric. Adhesion is particularly a challenge between the rigid die and the stretching or moving fabric. ZTACH® ACE is applied in a single stencilling step, followed by magnetizing and curing. The material is applied across the entire footprint of the component to provide both interconnection and structural bonding to the electrical circuitry on the fabric. ZTACH® ACE stabilizes the interconnect sites - the Z-axis columns of aligned particles, held in place by the epoxy resin, allow for flexing of the surrounding textile while maintaining electrical connection. 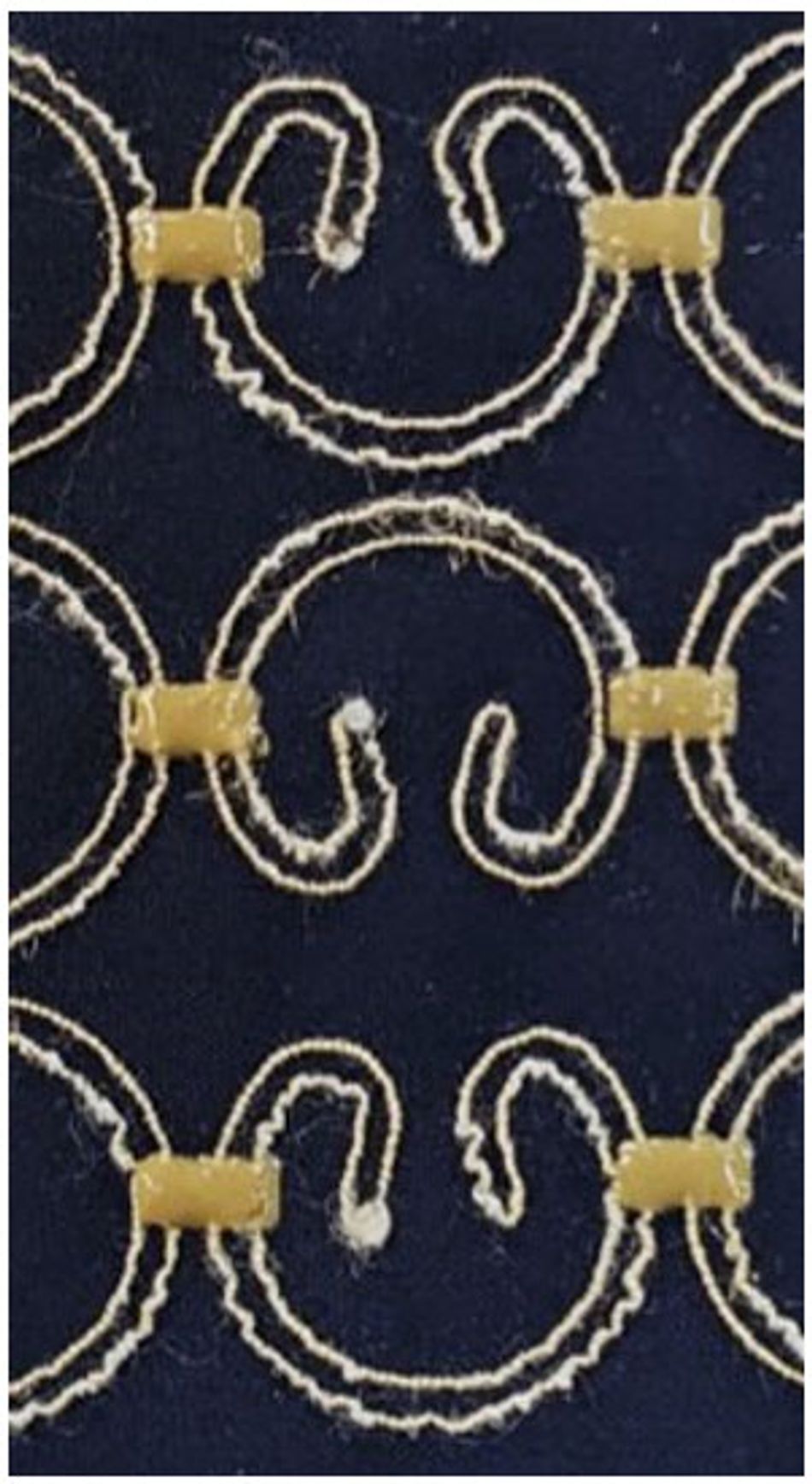 These operational e-Textiles were subjected to washing and drying cycle testing. 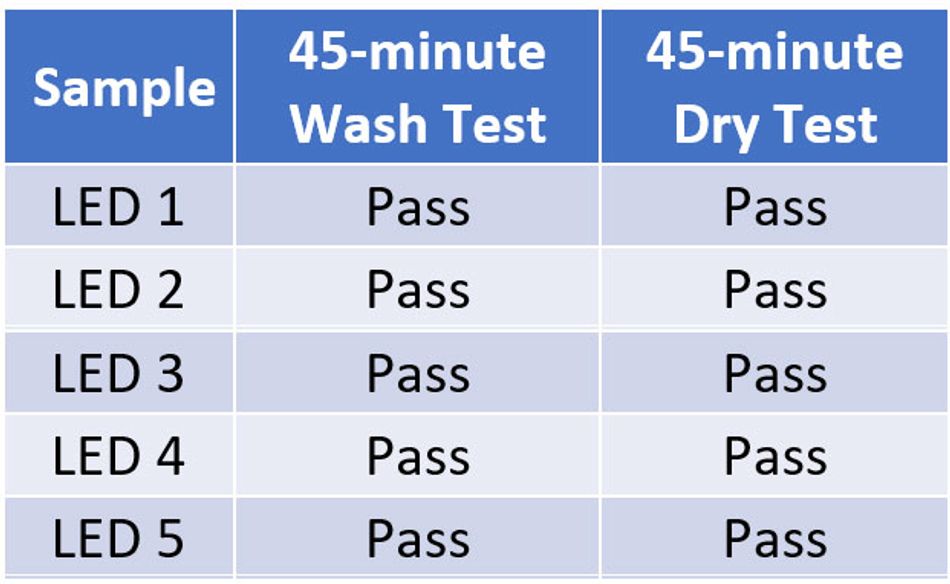 [1] This material is based on research sponsored by U.S. Army ARDEC under Agreement number W15QKN-16-3-0001. The U.S. Government is authorized to reproduce and distribute reprints for Governmental purposes.

Despite notable progress being made in e-Textiles, significant challenges remain relative to functionality, reliability, scalability, and cost.  Robust interconnects have been repeatedly noted as a primary challenge in both conformal Flexible Hybrid Electronics and Stretchable e-Textiles.  SunRay Scientific’s innovative z-axis conductive adhesive is compatible with integrating into an SMT line with reduced steps, no pressure, and at low temperature.  ZTACH® ACE, with minimal design requirements, is easily incorporated into current or new product designs while supporting miniaturization and light-weighting of electronic assemblies and wearable e-textiles.  ZTACH® ACE has been shown to be a reliable interconnect solution over conventional methods and has demonstrated scalable production of wearable electronics.

This research was, in part, funded by the U.S. Government. The views and conclusions contained in this document are those of the authors and should not be interpreted as representing the official policies, either expressed or implied, of the U.S. Government

We are Exhibiting. Come and visit our booth.

This page is dedicated to bringing you the latest technical, application, and market analysis for the diverse and broad space of additive electronics. This emerging technology frontier encompasses printed, flexible, hybrid, 3D, inmold, structural, stretchable, and wearable electronics.