From the automobile industry to food container businesses and everything in between, the use of prototyping has long been widespread across a range of manufacturing sectors.

Being able to spot issues with a product before it enters mass production has the potential to save vast amounts of time and money, which might otherwise be spent on a product which – for whatever reason – was never going to be a success.

Prototyping is a particularly vital part of the iterative design process, enabling teams to touch and hold real-world versions of their designs, see how they work, and share them with clients and internal stakeholders. It is at these stages of modeling, testing, and evaluating that they are able to spot any problems early on before going back to the drawing board for the modification stage if needed.

When it comes to prototyping for larger products there are three constraining factors at play. Speed, cost, and of course – size. Traditional prototyping methods can slow the iterative process down, leading to long delays which prevent the finished product from going to market in a timely fashion, while incurring increased development costs in both staff and materials which can spiral out of control.

Newer prototyping methods that harness 3D printing are going some way to alleviating the issues of speed and cost, but their small scale is restrictive to a range of industries that require large prototypes such as the automotive, marine, rail, and renewable energy sectors. So being able to find a prototyping method, which can sit within the iterative design cycle, cut costs and time while also being able to produce larger scale prototypes, is something that is a potential game-changer for the manufacturing sector.

Constructing a workable prototype of a product via traditional methods is no easy task. Standard prototyping methods are time-consuming, cumbersome, and do not always produce accurate results. This laborious process means an accurate prototype may not always be produced, with huge potential for production delays and wasted spend

These costs in time and money also rise exponentially when the concept of iterative design is factored in. In many prototyping processes, it would be the case that such prototypes – which themselves have required a huge amount of effort to produce – are sent back to the drawing board, requiring yet another version of the prototype to be produced using those same time-consuming, traditional methods. 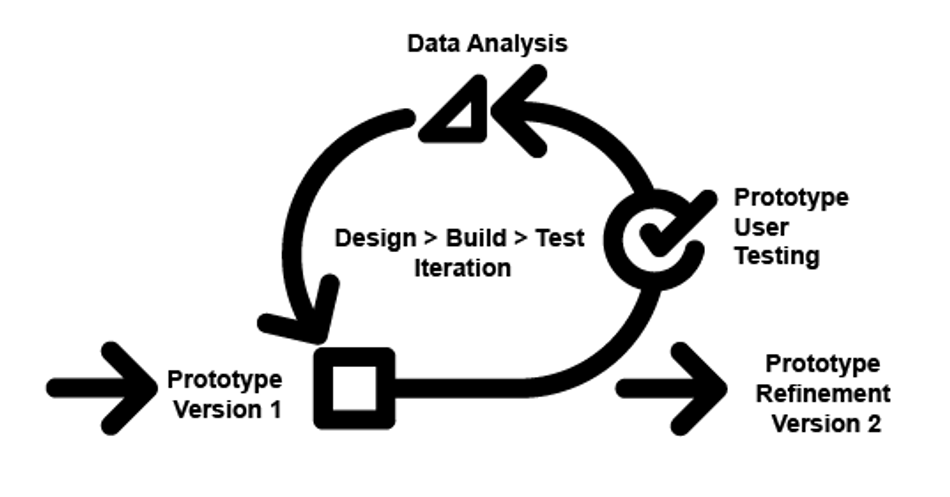 Each iteration of this process brings the prototype closer to what the client or customer or management might want to see realized, but each iteration is also just as lengthy and costly as the last.  This part of the cycle – waiting for a newer prototype to be created that incorporates feedback from the last – is essentially dead time. A time during which the overall project is effectively stalled and no forward progress is being made.  This means each cycle is also pushed back the release plans for the envisaged product, or the company might find that even after many iterations, the product was still not viable. This means all the time and money invested in that hugely complex process had effectively been wasted.

The advent of 3D printing has been revolutionary in the field, enabling faster prototyping that allows multiple iterations of a design to be created, in a short, iterative design cycle with many of the speed and cost limitations of traditional methods removed.

3D printing, in resin, plastic, or sometimes also metal produces prototypes that look, move, and feel much more like the real thing compared to an object created from less highly finished materials such as foam or clay. They are also often sufficiently realistic enough in both form and function, that they do not require the design team to undertake the painstaking process of crafting an actual one-off ‘real’ version of the end product.

This is particularly important when it comes to iterative design, allowing the team to ‘fail fast’ if necessary. They can 3D print a prototype, handle it, view it, demonstrate it, but then take on board feedback and make the necessary changes. The new version can then be 3D printed. This can be repeated again and again until the design is refined to the desired level. Each iteration is relatively simple and inexpensive to achieve compared to the alternatives.

In a design context, the impact of this technology cannot be overstated. While the older, slower methods of prototyping meant each iteration was essentially a roadblock – the next stage of refinements to a design could not go forward until a prototype had been built and examined – 3D printing adds speed and ease to the whole cycle. Because of the swiftness, ease, and relatively low cost of this 3D printed prototyping process, the number of iterations is essentially limitless and does not hold up the iterative design process.

But while 3D printed prototyping might be highly effective for concept designs that are small enough to hold, they are of little use when what is required is something on a much larger scale. The marine, automotive, and rail sectors for example require prototypes every bit as much as the hinge or guitar manufacturing industries do. Traditional 3D printing though, often cannot handle prototyping on that scale.

Prototyping with 3D printing at scale with Massivit 3D

For designers working in these fields, the cost and time implications of having to build a life-size boat or car using traditional prototyping methods and then, after feedback, potentially having to do it again and again and again, is enormous. But new technology is changing all that.

Massivit 3D is all about doing things big. Like other 3D printing companies, its technology allows designers to create prototypes quickly. But unlike them, it can produce 3D printed objects of much larger sizes, enabling the development prototypes, and molds for boats, cars, and buildings. 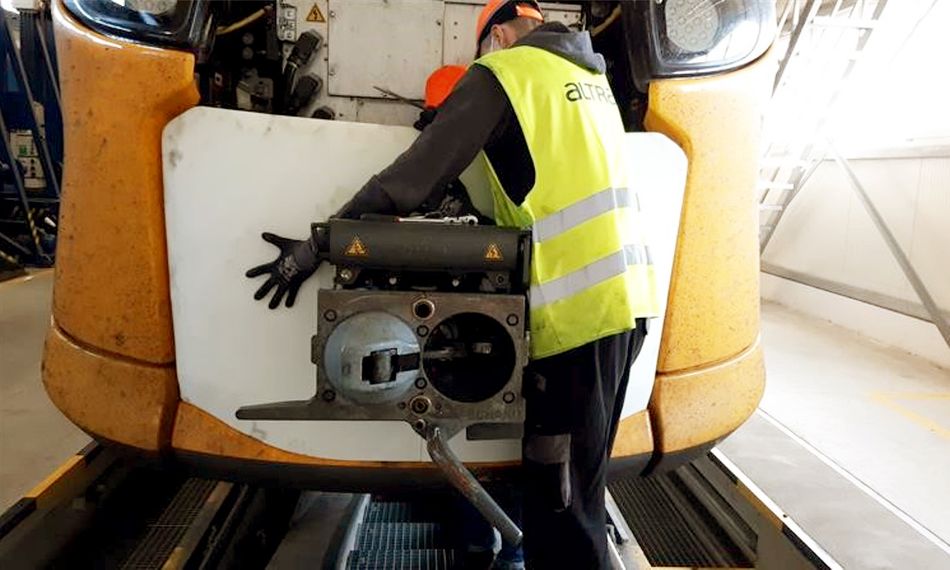 The scale of the single-piece prints is clear, as a Massivit 3D print is fitted to the front of a train. Image Credit: ©ALSTOM

To put the difference in context, Massivit 3D’s technology can print a tall human in full-scale, while the largest FDM printers can only manage something under 1.5m in build height. This is achieved using its proprietary Gel Dispensing Printing (GDP) which uses instantly curing gel that cures with the help of UV light. This enables the production of full-scale parts up to 6 feet (1.8 meters) tall at 30 times the speed of existing technology. Being able to produce full-scale prototypes, molds, and models within hours instead of days provides a huge boon to the iterative prototyping process.

One striking recent example was the world’s first 3D printed, full-scale concept car. The vehicle, designed in tribute to legendary music artist David Bowie, was a joint project between

Massivit 3D, Marie 3D, and renowned car designer Takumi Yamamoto. The star attraction at the Festival Automobile International (FAI) in Paris, its creation was a seminal moment that announced the arrival of a technology every bit as innovative and groundbreaking as the music of the man himself.

From a prototyping perspective, imagine the difference between being able to see a full-size prototype of a new vehicle sat on the road outside the design studio, with all the contours and curves appearing just as they would in the finished version. Then imagine how much would be lost by having a prototype of the same vehicle that can only be held in the palm of your hand. The difference is huge – literally.

By being able to 3D print larger objects at realistic sizes while retaining the efficiency and savings potential of traditional 3D printing technology, designers and manufacturers can see and touch the prototypes of their creations in a way that has significant practical, real-world benefits for product development.

With features such as multiple lenses, image stabilization, and advanced software, modern smartphones can produce images that rival the quality of professional cameras.