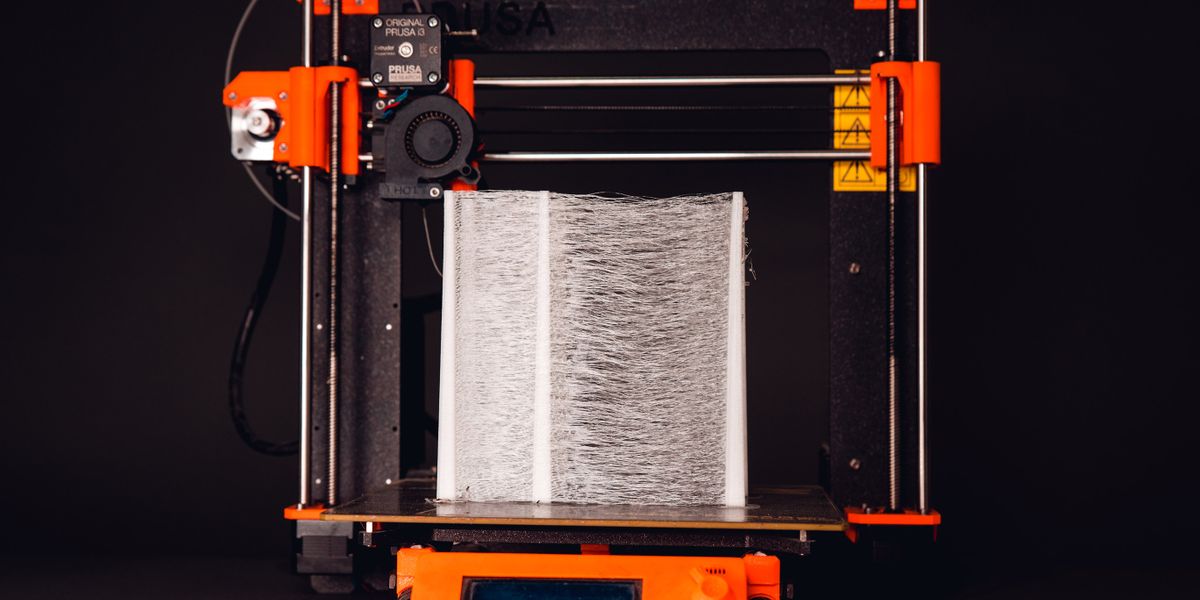 If you are printing with engineering-grade FFF materials, it is very likely that you need to dry your filaments before using them. This article will give an overview of your filament drying options, as well as their advantages, and their drawbacks!

Drying is the process of removing moisture from material.  In the FFF process, this is specifically related to removing water from your 3D printing filament to fully utilize it's potential. As discussed in a previous article, moisture will affect the appearance and properties of your printed parts. There are a number of methods that can be used to remove moisture from filaments, and several other methods that can keep the filaments dry whilst printing.

Most drying techniques generally involve heating the filament to a set temperature. The heat excites the water molecules that have bound to the polymer and allows them to move freely and diffuse to the surface. The higher the temperature, the faster a filament dries and the less residual moisture is left in the filament. However, when drying a material it is important not to subject it to an excessively high temperature, as this could soften or melt the material. The temperatures and duration which are generally recommended for drying moisture-sensitive materials can be found in the table below. As can be seen, the drying temperature is related to the heat resistance of each material.

There are various methods and tools that one can use to dry their filaments, and they vary in effectiveness, reliability, and cost.

Oven drying is probably the most widespread technique used to remove moisture from FDM filaments, both by enthusiasts and also for professional users. This technique seems simple enough, set your oven to the desired temperature, pop the spool in for a set time, and voila! Your filament is dry. However this technique has its own pitfalls, the rate of success will depend both on the oven used and also on the user. 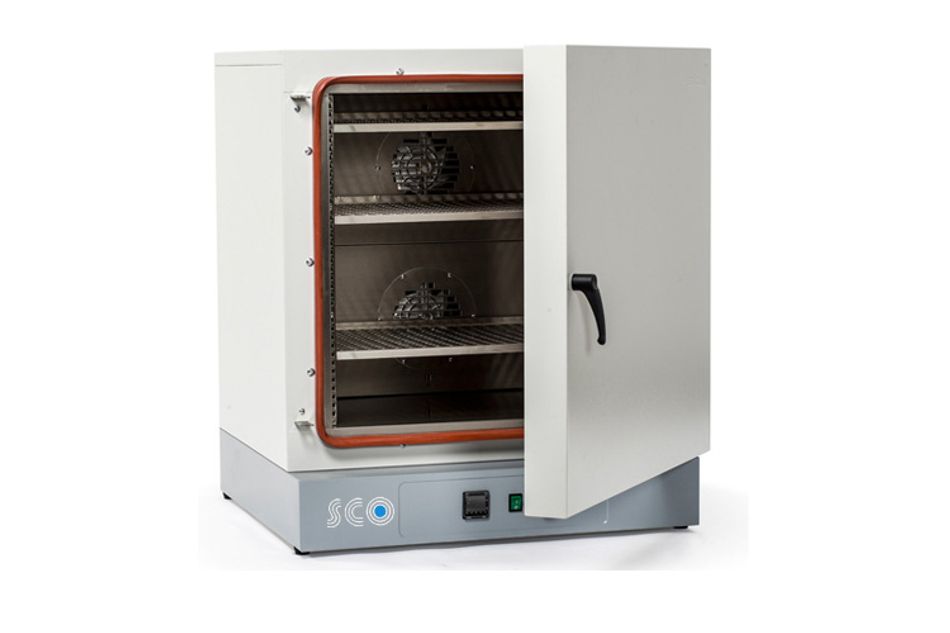 Drying oven, via: sco-tech.comTemperature: Each and every oven will behave differently, depending on its features. A very basic oven might not have very good temperature control and overshoot the set temperature. This might cause the oven to get too hot, especially on startup or, after opening the oven door. In fact, it is always advisable to measure the temperature in the oven using a separate probe to ensure that the set temperature in the oven is actually being maintained. Another factor that needs to be considered is uneven temperature distribution leading to hot spots in the oven. This can be alleviated to some extent by using a fan-assisted oven which will distribute the heat better. One other issue with the oven getting too hot is that it might cause the material spool itself to deform, which could render the filament unusable. 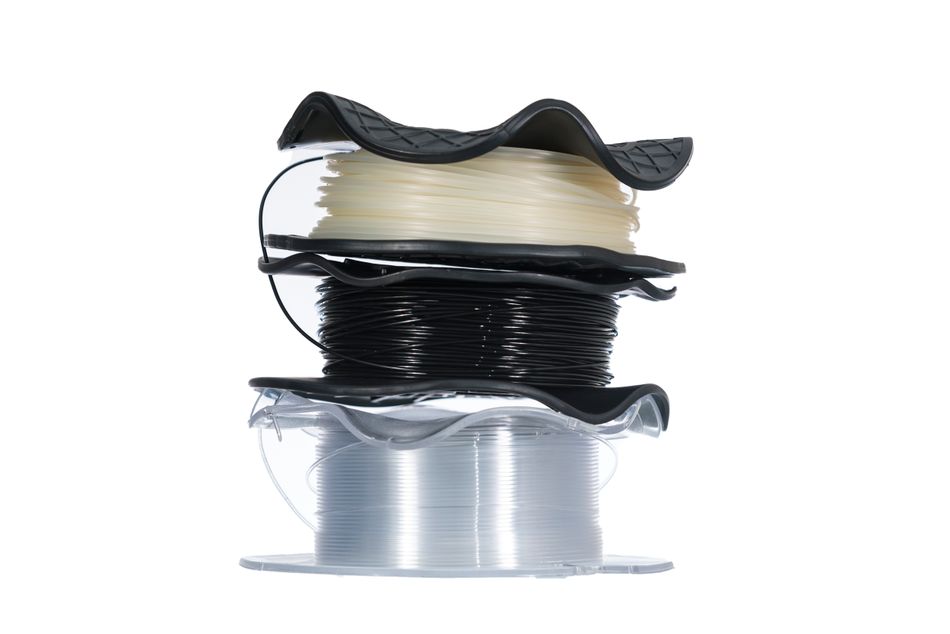 Warped spools from excessive oven temperature. The material on the spool is not damaged however the spool itself is severely deformed

If you are running a business, and the quality of your prints depends on having dried filament, you will probably have an oven specifically set up for drying filaments. Thus for reliable drying one will need an oven with good temperature control, which is also fan-assisted. There are also even more expensive options available such as vacuum ovens. That being said having a good oven still leaves one key issue.

Time: Drying a spool of filament sufficiently takes time. When working with hydrated materials, one will need to wait for a few days before they can reliably print. In most cases, this is not ideal.

From the figure above it can be observed that it takes at least 40 hours of drying to reduce the moisture content of 3.4 % DSM Novamid ID 1030 (2.85 mm) filament to around 0.5 %. A level that is acceptable for printing. A further 24 hours are then needed to reduce it to 0.43 %. It can also be observed that while the filament loses a lot of moisture initially, the rate of moisture loss slows down as it loses more moisture.

Furthermore, you will have no way of knowing how much time a spool needs to be sufficiently dry. Thus considering this, one would probably need to dry a spool of Nylon filament for a day or two before it can be used, just to make sure it's completely dry, potentially leading to excessive energy consumption. This will be compounded by the fact that unless stored properly, the material will absorb moisture again quickly and would need to be re-dried in a few days’ time.

In recent years, a number of filament drying solutions have been implemented for use with FFF technology. These usually range from DIY solutions based on food dehydrators, to specialised ovens which can accommodate filament spools with a filament path to the printer.

Food Dehydrators are tools designed for desiccating fruits and food. With some modifications, they can be used within limits to dry certain filaments. Food dehydrators work at lower temperatures than typical ovens. They can be set to temperatures of up to 70 °C, however, in reality, the temperature around the filament is usually around 50-60 °C. As a result, they might not be capable of getting hot enough to dry anything effectively except PLA, and PET. These devices can also be modified so that the filament can be fed into the printer while printing, thus ensuring that the filament remains dry during printing. That being said if the filament is already wet, it will first need to be dried before it can be used.

Filament dryers are machines that are meant for filament drying. Most of the time, they are specifically designed for that purpose and come in various sizes since most units are designed to house the whole filament spool or multiple spools inside them.  Filament dryers typically work alongside the printer, allowing the filament to enter and be used in the printer as it is drying.

Low-end models are sometimes adapted from the food dehydrators mentioned earlier, and thus, they share all the features and drawbacks of food dehydrators. Recently other low-end bespoke models are also being introduced to the market. These models also tend to have a temperature limit of around 70 °C. Higher-end filament dryers tend to be specifically designed for drying filament and are capable of reaching higher temperatures and are thus compatible with a wider range of materials.

The advantage of filament dryers over an oven is that they can help keep the filament spool dry whilst it is printing, however, these solutions still require that all the filament is pre-dried for a long time before it can be used, if the filament is already significantly hydrated.

It seems it is not enough to just dry the material, as discussed above and in a previous article, filaments can absorb enough moisture in a few days. The image below shows a CF-nylon filament that was dried in the oven and started showing printing artifacts related to moisture within hours. Since filament absorbs moisture quickly, one needs to keep it dry during printing. There are several solutions on the market for keeping filaments dry such as dry boxes or specialised storage cabinets. These solutions are based on providing a sealed storage space for the filament spool with desiccant material to absorb any humidity within the environment of the spool. The filament is then fed out of the box directly into the printer. Most solutions require constant monitoring and user input to ensure that the desiccant is dry. More advanced solutions are typically bulky and require an active power connection, these units can regenerate the desiccant on their own and can monitor the humidity levels and control them as needed. As a result, these solutions are significantly more expensive than the typical dry box.

The biggest drawback of dry boxes and humidity-controlled chambers, however, is that they cannot dry the filament on their own. This means that they have to be used in conjunction with an oven, especially if the filament being used has already absorbed moisture.

How does Drywise solve the issue of drying and keeping filament dry?

Drywise aims to address all of these issues since it is drying the filament in-line. This means that Drywise only dries the portion of the filament as it is being fed into the printer. The printer, thus, is being fed with freshly dried filament as it is printing, ensuring consistently dried filament. As a result, Drywise addresses both the need for drying filament and also the need for keeping it dry. Furthermore, since the spool is not housed in the unit itself, any spool size can be used with Drywise. Drywise is an intelligent filament drying unit that sits beside your printer and guides you through the process of drying your filament. During operation, filament is fed into the Drywise unit via the input port of the machine where it passes through an internal channel that dries the filament by circulating hot dry air around it. The filament can be either placed on the printer, on the Drywise filament spool holder, or anywhere else, given that it has an unobstructed passage to the dryer. Dried filament exits the device via an output port that has a filament sensor in order to detect filament movement. 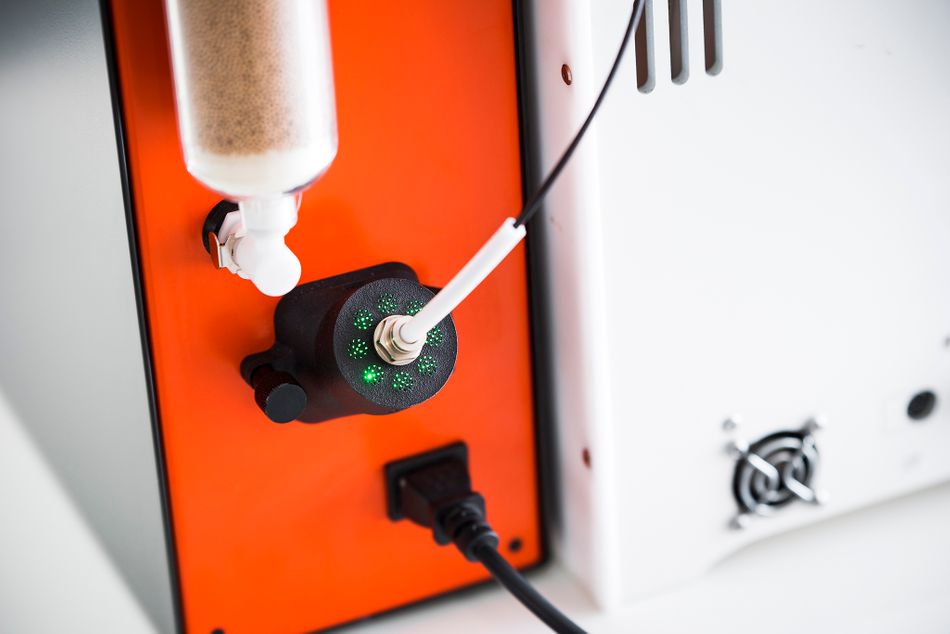 Once the printer is loaded the user can start printing and Drywise will do the rest, ensuring that consistently dried filament is being fed into the printer during printing.

What is the strongest 3D printing material?

When we choose what to buy, we usually look at the expiration date, brand, quality seals, ingredients, and price. But how do you know if the manufacturer is fully honest – or that the product was properly stored during shipping or while on the shelf?

What is the strongest 3D printing material?

Whether you are a hobbyist or an expert, most of your projects need materials that are strong and tough. With this article, we aim to compare the toughest 3D printing materials and provide you with an answer.

Modeled in software before being printed on a commercial 3D printer in a single pass, these "lenticular objects" from MIT show different imagery depending on the angle at which they're viewed — for everything from exercise form feedback to secret messaging.