Chaotic Timer is an interactive and algorithmic timer driven by an input of a user's stress level. Throughout the process of counting down, it induces an 'on the edge' feeling with the rolling magnetic balls inside each motorized pendulum module.

How can one connect stress with the object that embeds the idea of precision and productivity? Chaotic Timer speculates on the new model of using the timer to construct different perceptions on the act of timing and daily routine. The timer created subverts the mechanism of a conventional timer through stress. Its goal is to break out of one's daily rhythmic flow, obsessed with perfectionism, daily tasks, and agendas. Chaotic Timer is an interactive device consisting of four oscillating modules that alter the ways to countdown by manifesting chaotic dynamics and synchronized motions over time.

The magnetic ball that rolls inside each swinging module acts as a pendulum bob in periodic motion. It swings back and forth and is constantly on the verge of falling off the edge of the concave plate but never does, inducing anxiety and pressure from the watcher- a symbolism of people's feelings towards daily duties. As the person watches the four modules become more synchronized over time, they soon realize the countdown speed depends on the stress level the user logged in before starting the timer. The four modules begin with random jiggling motions attributed to Perlin noises and slowly adjust themselves into a synchronized wave motion as it approaches the end of the timer. 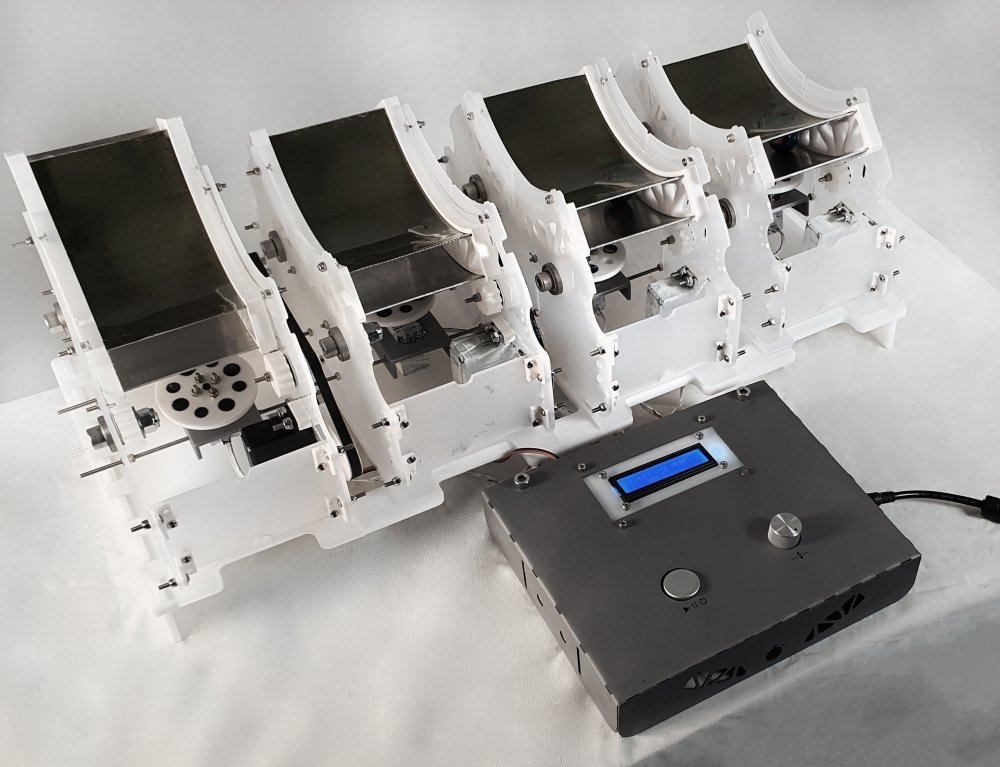 Ultimately, the timer manifests a coexistence of chaotic disorder and orderly pattern.

This project is designed by Reina Mun, a physical and computational art designer. Her projects include reimagined devices, microarchitectures, and interactive objects. She combines rapid prototyping, physical computing, and digital fabrication in her project development and research.

Study suggests a robot levy — but only a modest one — could help combat the effects of automation on income inequality in the U.S.

Vecna Technologies, founded by a pair of MIT alumni, has followed a long and winding path to help people in health care settings.