Logic is still an essential part of many embedded designs. A new design guide from Nexperia provides insights into product basics and applications.

What are logic gates?

Logic semiconductors process digital data to control the operation of electronic systems. Digital circuits are generally built from small microelectronic circuits, also known as the logic gates. Digital logic gates can have more than one input, but generally, only have one digital output. The Digital Logic Gate is the building block from which all digital electronic circuits and microprocessor-based systems are assembled from. They are often packaged together in integrated circuits (IC).  A discrete logic chip is an integrated circuit that performs a single function such as ANDing or XORing two inputs.

Discrete logic is a term that refers to logic circuits that are made almost entirely of discrete logic chips such as AND and ORs (or their complements NAND and NORs).  While it can be said that any digital system is made of basic logic gates, this term is reserved for systems that are primarily made of individual discrete components such as resistors, capacitors, discrete logic chips, and single-functionality chips.

Even though logic has been around since the days when engineers still used slide rules - it continues to be an essential part of embedded designs as well as being useful in new applications for technology such as tablets, and high-end audio equipment.

In accordance with this increasing relevance, semiconductor manufacturer Nexperia has just released the Logic Application Handbook with the goal to share their internal expertise and optimize their customer’s electronic designs. The handbook is a collection of technical and application insights “from Engineer to Engineer” as part of the larger project to build the Technical Nexperia Encyclopedia.

Why Logic is still relevant

Devices must be smaller, more power-efficient, and more portable devices than ever before. Achieving this means managing tight layouts, and dealing with looped traces, which can generate cross-talk and create signal integrity issues. Meeting the miniaturization demand also means the use of multi-layer boards, implementing real-time responses to real-world events, and supporting multitasking operations.

In many cases, the right logic device makes these things easier to manage and helps optimize operation. Logic excels at delivering minor modifications and fine-tuning performance in later design stages, but it isn’t limited to just this task. Current logic devices let developers add features and improve functionality, so they can meet their design requirements from the beginning - well before any need for last-minute revisions.

Logic is a foundational technology and has broad and essentially endless applications, but it also has specific uses, particularly in relevant new and emerging products. In systems that use application-specific integrated circuits (ASICs), logic gates can be used to provide control or “glue” functions. Modern logic families include features, such as overvoltage tolerance, that enable them to be used as glue logic between ASICs that use different supply voltages. In some cases, this can extend the lifetime of legacy ASICs.

Logic is also useful in systems that use a microcontroller (MCU), here logic products are used for low-cost I/O expansion. Shift registers are used for digital I/O expansion, and analog switches are used to multiplex analog sensor inputs. The combination of the two enables the selection of lower-pin count MCUs with fewer analog-to-digital converters. When used this way, standard logic enables true cost optimization of an application.

Battery life, efficiency, and cost continue to be a significant issue in portable devices. In tablets and laptops, logic can be used for battery charging and discharging blocks, and to provide standby mode, power-down, and start-up control sequences. In docking stations and systems that support multiple displays, logic provides the bus switches, resets, and audio blocks that reduce the impact of noisy signals, and can be used to buffer the clock and data signals.

For the trend of portable audio equipment such as external speakers and other high-end audio equipment, logic buffers are used to buffer the clock, sync, and data signals sent to the audio interface and docking station.

In the push for 5G and beyond, logic will play a role in interfacing baseband and RF or memory and by supplying various low-power control and level translation solutions. It can also have a hand in accelerating the time-to-market of the next generation of wireless devices and offer assistance in the low power segment and for applications where battery life is key.

Vehicles are becoming increasingly electrified and will continue to do so as autonomous driving further develops. Logic devices can play a role in pushing innovation in this area, through interfacing components in cutting-edge systems such as  Advanced Driver Assistance System (ADAS) and diagnostic applications. The harsh temperature conditions and the high switching speed requirements of automotive require robust semiconductor solutions. To ensure the reliability of automotive electronics, the Automotive Electronics Council introduced its AEC-Q100 standard. Automotive logic devices must meet or exceed this standard. 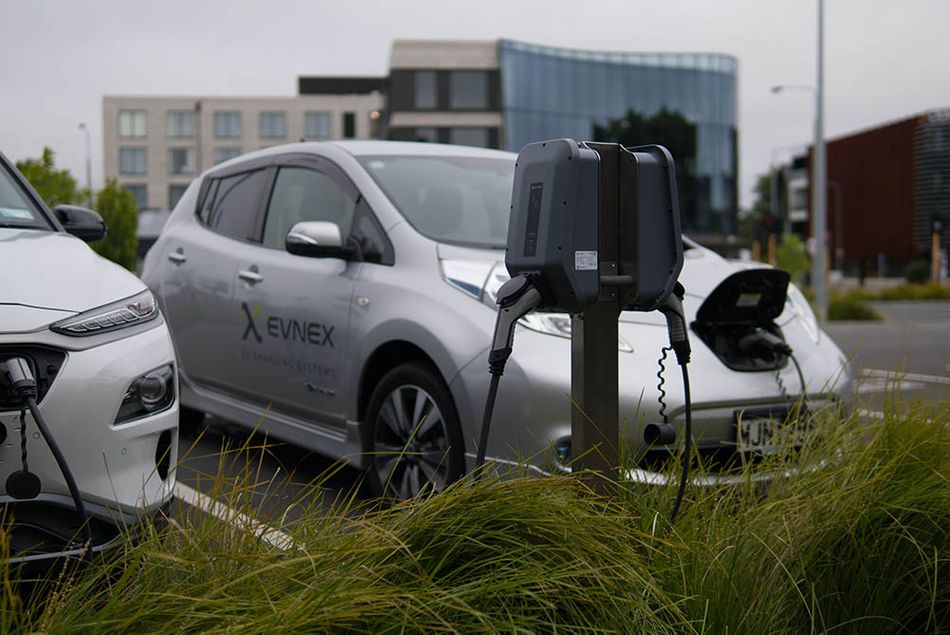 The Nexperia Logic Application Handbook provides a comprehensive view of the Logic components currently available. It is a useful tool to guide designers through the basics of logic as well as provide application insights. The Handbook is developed by Nexperia’s internal engineering experts for an engineering audience.

The Handbook has been designed as both an educational tool and a reference guide with each chapter of the book addressing a specific aspect of designing with logic devices and the systems they are used in. The explanation of datasheet items is addressed and the associated properties of logic process families. Further system integration items like Simulation of PCB design are covered in an extra chapter to enable users to successfully integrate Nexperia’s logic devices into their embedded systems and verify the system before production.

In addition to the Logic handbook, Nexperia has also created a seminar series on the topic. The first seminar covers applications and innovations in logic devices for the automotive and industrial markets. It focuses on Q100 reliability certification, preferred package types for high-reliability applications, analog switch design including current injection and thermal resistance measurements. The second seminar covers Logic device selection from the wide variety of processes and packages available as well as roadmaps and new product introductions. Both Logic seminars can be viewed here.

Design guides provide the best way to get a full survey of a technology, its applications, and innovations. As part of Nexperia’s knowledge encyclopedia, they have also produced a MOSFETs guidebook and an ESD handbook.

Logic is more relevant than ever. As applications for Logic expand, the Nexperia Logic Handbook is an important resource for application and design engineers who are developing and using electronic circuits to make the most informed choices about using discrete logic in their designs.

Nexperia is the expert in high-volume production of discrete and MOSFET components and analog & logic ICs. With an absolute focus on efficiency, Nexperia consistently produces the essential semiconductors required by every electronic design in the world: more than 90 billion annually. Products that are benchmarks in efficiency - in process, size, power, and performance - with industry-leading small packages that save valuable energy and space.

With decades of experience, supplying to the world’s biggest companies, Nexperia has over 11,000 employees across Asia, Europe, and the U.S., offering global support. The company has an extensive IP portfolio and is certified to IATF 16949, ISO 9001, ISO 14001, and OHSAS 18001.