The origins of rocket propulsion for space applications takes us back to the space race between the United States of America (USA) and the Soviet Union (USSR). It is 1955, the cold war is in full swing, and two superpowers are trying to display their dominance over the other on the worldwide stage by achieving milestones in the final frontier: space.

Sputnik - the world’s first satellite - became the world’s first object that was launched into space via a rocket in 1957. USSR scientists leveraged the R-7 rocket platform which was originally developed as a delivery method for warheads to accomplish this feat. 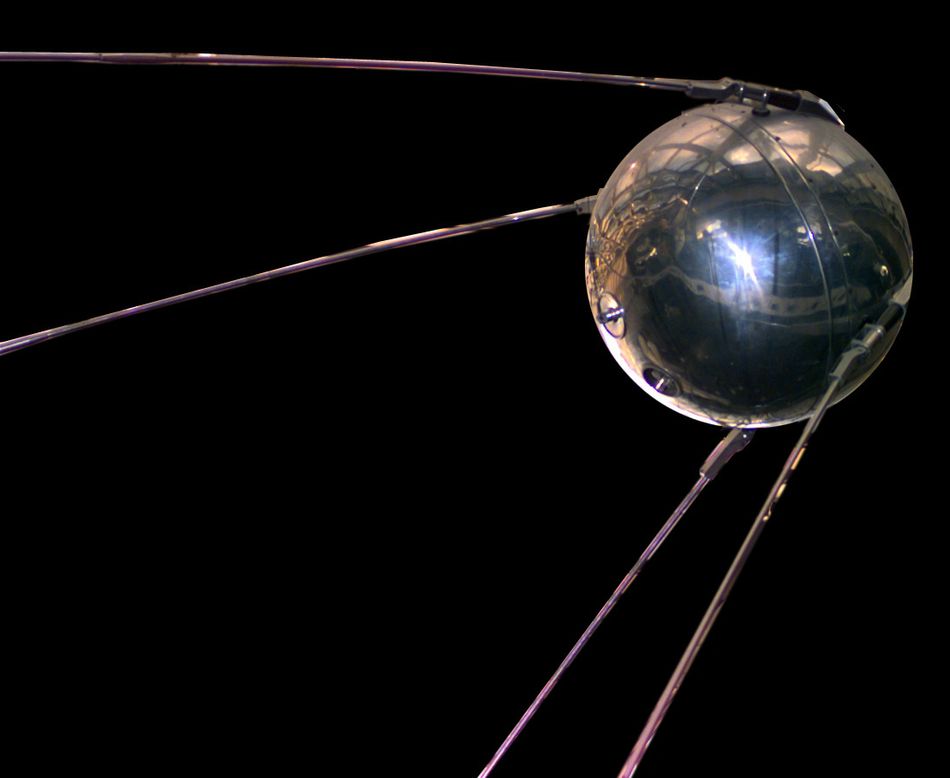 Then the Soviet’s raised the stakes with the Vostok 1 mission by making Cosmonaut Yuri Gagarin the first human to be in orbit in April of 1961. In contrast to the sputnik mission, Vostok 1 was powered by a Vostok-K rocket platform designed specifically for spaceflight.

Naturally, the United States needed a monumental response to demonstrate superiority and in May of 1961, John F. Kennedy did just that by setting a goal to put a man on the moon before the decade was over which might’ve been one of the most ambitious goals ever set given that the first U.S. astronaut to reach orbit had been accomplished just three weeks before the speech. Regardless, this was the genesis of the Apollo mission(s).

And that brings us to the infamous Saturn V rocket which launched the Apollo 11 crew to the moon on July 16th of 1969. The Saturn V was designed under the direction of ex-Nazi scientist Warner von Braun and it was capable of delivering payloads up to 90,000 pounds to the moon. Although the rocket satisfied the requirements of the Apollo mission, it was retired shortly after in 1972 due to high costs associated with every launch (~$1.23B USD when adjusted for inflation in 2021). The rest is history.

We live in a very exciting period of time when it comes to space technology, one that is driven by competition in the private sector to accomplish new firsts and establish dominance for commercialization. This has led to many innovations that have drastically limited the barriers to space access; most notably, SpaceX became the first company to demonstrate the capability to reuse rockets by landing the first stage of a Falcon 9 rocket in December of 2015.

Others like Blue Origin and Virgin Galactic have been fine tuning their platforms to reduce the cost of launches and the results of these efforts speak for themselves. Here is a quick breakdown of the cost to bring 1 kilogram of payload to low earth orbit via different platforms:

Lowering the cost of getting payloads into space increases the number of opportunities for researchers to deploy novel missions/tests that were hindered in the past due to cost. What’s promising is that the data indicates an exponential reduction in cost and to keep the momentum going, NASA has set a goal to develop a platform capable of delivering payloads to orbit at tens of dollars per kilogram.

Even though access to space is cheaper than ever, it still costs a significant sum of money to get a payload into space and therefore, as mentioned earlier, there are efforts to reduce these costs as much as possible.

Then there are the environmental concerns. All of the propulsion systems discussed so far rely on combustion to ignite their propellants and even though space launches account for an almost insignificant amount of global pollution, the emission of chemical fumes directly into the atmosphere is concerning and can become more of an issue as space launches become more prevalent.

SpinLaunch is a startup founded in 2014 based out of Long Beach, California which hopes to revolutionize space launch technology by making it cheaper, more sustainable, and faster to deploy satellite constellations. How fast, you might ask? They claim that their platform will be able to launch constellations that now take months within days.

Here’s the gist of their novel idea: what if we could eliminate the need for the first stage of rocket launches which use the most fuel by propelling a projectile into space.

To accomplish this, the team at SpinLaunch will use a vacuum sealed centrifuge powered by wind and solar electricity to bring the projectile up to speeds around 5,000 mph (Mach ~6.5) over the course of 1 hour before allowing the projectile to exit tangentially. Eventually, the projectile would use a small rocket to reach the desired orbit.

A successful implementation of this design could not only drastically reduce the cost of getting payloads to low earth orbit but it could also do so by almost eliminating any combustion. As eccentric as this approach may sound, NASA has been investigating similar technologies since the 1960s as an affordable alternative to rocket propulsion. Fortunately, advances in material science and microelectronics have allowed the team at SpinLaunch to demonstrate the possibilities of this technology.

SpinLaunch has built a prototype version of their launch system in New Mexico for testing purposes and they used it at 20% operating capacity to launch a 3-foot passive projectile “tens of thousands of feet” into the air on October 22nd 2021.

Unfortunately, most of what is known about SpinLaunch is confined to their mission statement/desired goal and the video of their test launch. This is likely due to the fact that they are still in the early stages of development as a new startup but regardless, it has led to concerns/questions about the viability of this approach.

Some of these concerns stem from lack of detailed knowledge about the specifics of the system; for example, are the projectile and the payload capable of sustaining the g forces and extreme temperatures that will be generated during the 1 hour spin-up time before launch?

The test launch has also raised some questions since during the slow motion shot of the projectile exiting the chamber it seems as if the path is non-linear; the projectile seems to be coming out at angle. This is concerning because if true, it would indicate that the release mechanism is not precise enough at 20% of the operational capacity. Furthermore, it brings into question the safety of the system because what would happen in the event that a projectile misses the exit bay and is launched into the centrifuge.

Personally, I found myself concerned about the points mentioned above; however, whether it is my general optimism about space technology or my enthusiasm for ambitious teams taking on seemingly impossible tasks, I think that many of these concerns can be ironed out as development progresses. I’m a firm believer that it is more important to get started building than to try and perfect a concept that is only an idea. I think/hope that with time, we will see more updates from the SpinLaunch team addressing these concerns and getting one step closer to spin launching satellites.

There are no easy comparisons to show how accurate the clocks on the Galileo satellites are. Is it a matter of fractions of seconds, or of milliseconds, perhaps? That is far too imprecise. The Galileo system uses atomic clocks that are accurate to the nanosecond.