What is a BJT?

A Bipolar Junction Transistor (BJT or BJT Transistor) is a three-terminal semiconductor device composed of two P-N junctions that can amplify or magnify a signal. The three terminals of the BJT are the base, the collector, and the emitter. The primary function of a BJT is to amplify current, which allows BJTs to be used as amplifiers. Another important application of BJT is switching circuits. Hence they are widely used as amplifiers and switches in electronic equipment such as mobile phones, industrial control, television, and radio transmitters. 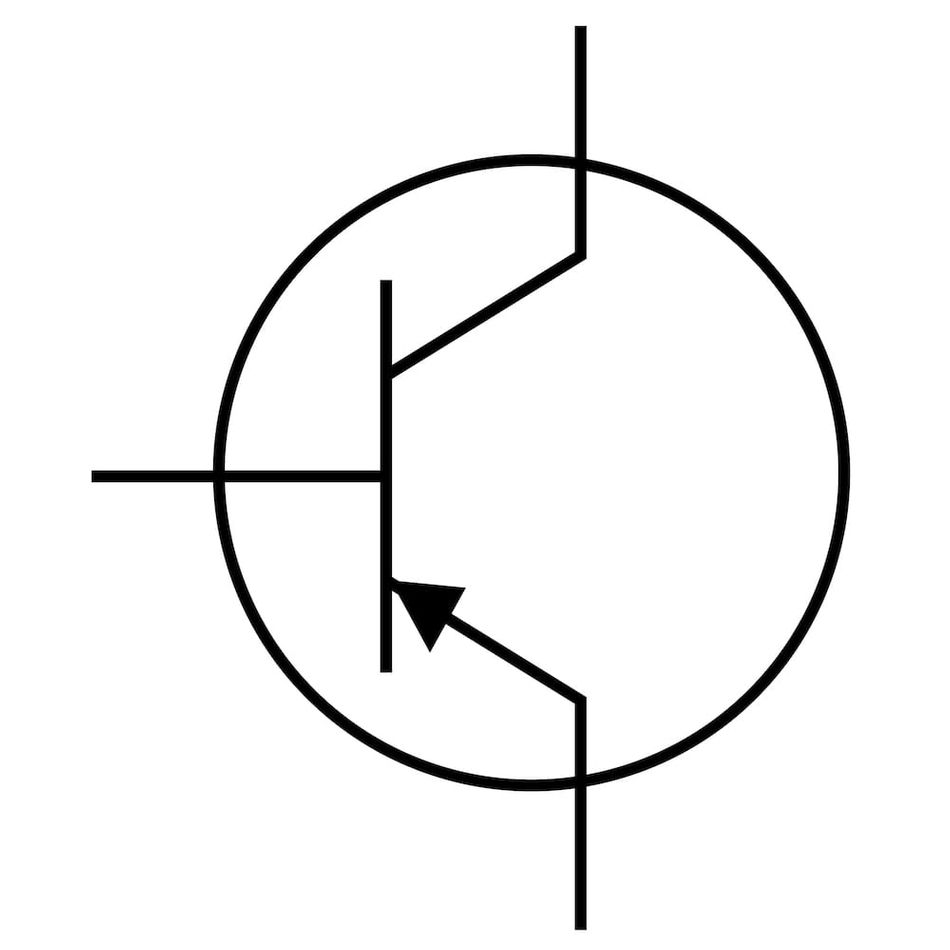 A bipolar junction transistor is created by combining two doped semiconductor materials that are back-to-back. In other words, a BJT is formed by a "sandwich" of extrinsic semiconductor materials placed back to back. Two PN junction diodes are sandwiched together to form a BJT. The PN junction that connects the base and emitter region is called the BE-junction while the junction connecting the base and collector is called the BC-junction. The Base region is slightly doped and is thinner as compared to other regions. The Emitter region is highly doped while the Collector has balanced doping. The Emitter terminal emits charge carriers, which are electrons in the case of NPN type and holes in the case of PNP type BJT.

Charge flow in a BJT is due to the diffusion of charge carriers across a junction between two regions of different charge carrier concentrations. In a typical operation, the BE-junction is forward biased, which means that the P-type layer is at a more positive potential than the N-type layer, and the BC-junction is reverse-biased. When forward biased the electrons (in case of NPN) and holes (in case of PNP) get thermally excited causing them to break the depletion layer and enter into the Base layer and recombine with holes or electrons depending upon the type of transistor. The Base layer is thinner and lightly doped so as to reduce the number of recombinations in the base layer, ensuring electrons/holes reach the CB junction. The CB junction is reverse-biased prevening movement of majority carriers from collector to base, but the carriers from the emitter break the CB depletion region to reach the collector layer because of the applied electric field.

A BJT has four distinct regions of operation depending on the biasing polarity and magnitude they are discussed below: 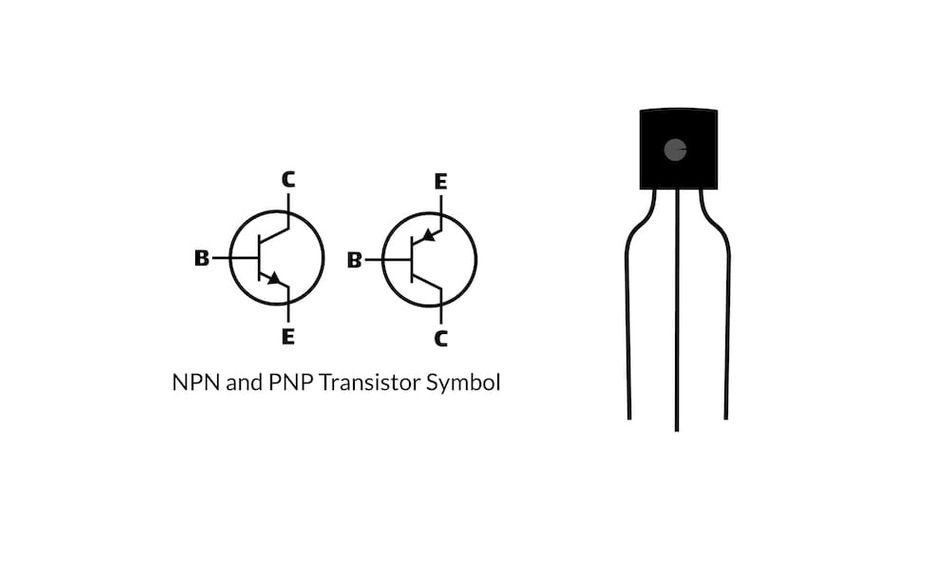 Both types of BJT work by giving amplified output from the collector with a small current input to the base. As a result, the BJT functions well as a switch controlled by its base input. The BJT is also an excellent amplifier because it can boost a weak input signal to about 100 times its original strength. BJT networks are used to create powerful amplifiers with a wide range of applications.

What are the differences between NPN and PNP transistors?

Both NPN and PNP transistors have differences based on their construction, operation, and applications. One of the striking differences is in the NPN transistor, the current flows from the collector to the emitter when a positive supply is applied to the base, whereas in the PNP transistor, the charge carrier flows from the emitter to the collector when a negative supply is applied to the base. The following table shows the comparisons between the two types of BJT based on different parameters.

Transistor as a Switch

A transistor is generally used for two types of applications, switching type operations and amplification of signals. A solid-state switch can be created using a transistor. The transistor functions as a closed switch when operated in the saturation zone and as an open switch when operated in the cutoff area. Both PNP and NPN transistors can be utilized as switches. A transistor conducts current across the collector-emitter path only when a voltage is applied to the base. When no base voltage is present, the switch is off. When the base voltage is present, the switch is on.

To operate the NPN transistor as a switch the voltage applied at the base terminal is varied. When a sufficient voltage (generally greater than 0.7V)  is applied between the base and emitter terminals, collector to emitter voltage is approximately equal to 0 which implies that the transistor acts as a short circuit or closed switch. Similarly, when no voltage or zero voltage is applied at the input, the transistor operates in the cutoff region and acts as an open circuit.

A large number of electronics that we use in our daily lives use both NPN and PNP types of transistors in different switching and amplification applications. As amplifiers, they are used in various oscillators, modulators, and detectors. Some of the applications are mentioned below:

Bipolar junction transistors find a variety of applications in different electronic equipment. They are solid state devices that are used in switching and amplification operations. The article would help readers understand and appreciate the engineering marvel which forms the base of almost every complex electronic device that exists today. Some of the key takeaways from the article are: