A look at the way Ferrari uses simulation to stay cutting edge.

Together with Ansys, a developer of simulation software, we are creating a series of content about the technologies that make sustainable transportation possible.

This article was based on case studies from Ansys with significant editing and additions by Wevolver, and motorsport journalist Tom Phillips.

Enzo Ferrari, famed founder of the eponymous Ferrari racing teams and sports car brand, believed that it was through the cut and thrust of wheel-to-wheel competition that true innovation could occur. So just like the Ferrari logo features the famous Cavallino Rampante – the little prancing horse – Ferrari’s race cars are honed thoroughbreds. Refined through highly attentive design processes that combine cutting-edge technology with a thirst for victory.

Unlike in Enzo’s day, a significant part of Ferrari’s development of new race cars now takes place in the virtual world using multiphysics simulation software. This article looks at the history of Ferrari’s racing success and the way they are using simulation to push innovation and continue their legacy.

For Competizioni GT, Ferrari’s sports car racing division, simulation is an essential tool for both the design of its vehicles and their on-track performance. Each of its racers is campaigned for three years, with major updates being rolled out each and every season. Such an intense work rate demands solutions that save time, increase accuracy, and deliver the required information to make fast data-driven decisions.

On the track. Image credit: Ferrari

Aerodynamic testing and analysis is a well-known tool that enables the simulation of real-world conditions. Where once the team would have to work in a traditional wind tunnel, essentially a large tube with air blowing through it to replicate the interaction between air and a moving vehicle, simulation allows for this to be done virtually. Not only does this provide benefits of reduced cost and time, but simulated aerodynamic testing also offers a much more detailed view of the analysis of the results and combined with 3D modeling allowed for almost real-time tweaks to be made to designs for immediate testing.

Ferrari uses Ansys’s Fluent Mosaic Meshing CFD software for its aerodynamic testing. This software enables resource-efficient aerodynamic testing with a lower mesh count. Aerodynamic testing and mesh modeling is about more than just reducing drag. Simulations can also include geographic data, for example, mimicking race conditions in the desert heat of Bahrain. Advanced simulations also provide insights into how the car’s aerodynamics are impacted by turbulence from other competitors, or what happens to a car's drag after suffering a crash or with a different driver weight.

It’s not just the exterior design of the car that benefits from next-generation simulation technology. Competizioni GT is also currently at work with colleagues at the road car department and Ansys to develop a head-up display (HUD) for the Ferrari 488 GTE car.

Similar to a fighter jet, a head-up display allows the driver to be fed essential information about the vehicle, their performance, and the race almost in their eye line. That way, the driver knows how the car is performing while still being able to concentrate on the physical and cognitive aspects of racing. Without this, a driver receives critical race information such as upcoming road conditions and fuel status via radio.

Using Ansys SPEOS and VRXPERIENCE software, the team could test and evaluate the HUD system in the safety of its race headquarters. The simulations analyzed a huge variety of possible data layouts, ensuring total readability from 0-200mph.

Feedback from the team’s drivers allowed Competizioni GT’s engineers to create a HUD that included speed, time behind the car in front, lap time, and warning flag data. That feedback was captured by a specially constructed HMI that allowed the team’s drivers to figure out specifically what was relevant to them.

What’s more, in addition to refining the data design, using simulation allowed the team to test a huge range of variables, for example, to check the display’s legibility in all weathers, sun angles, and at all times of the day.

“We have been considering adopting a HUD system for our race cars for a long time,” says Mauro Barbieri, Ferrari Competizioni GT racing engineer. “But we were concerned about the amount of time and effort it would take to design and test such a system. Collaborating with simulation engineers minimized the time it took to prove the concept of using a HUD in race cars. Now we plan to continue using simulations as we further develop a working model for use on the track.”

In exciting news for fans of innovation and endurance racing alike, Ferrari has announced that it will join the top World Endurance Championship Le Mans Hypercar (LMH) class in 2023. The Hypercar rules are the new top-tier in endurance racing, allowing carmakers to choose to develop a racer from a road car, build a bespoke prototype, and add hybrid electric components, too. The team will take on the likes of Peugeot and Renault’s Alpine brand, plus current champions Toyota in the fight for overall championship honors.

The new category features very strict rules based on set dimensions, meaning that aerodynamic advantage will only be obtained by designing and iterating with the most sophisticated CFD technology. Ansys will be a partner in the Ferrari project, continuing its support of the race-winning team, and providing solutions to help innovate to win on the track and thus continue to win the race to the transportation and mobility experience of the future. 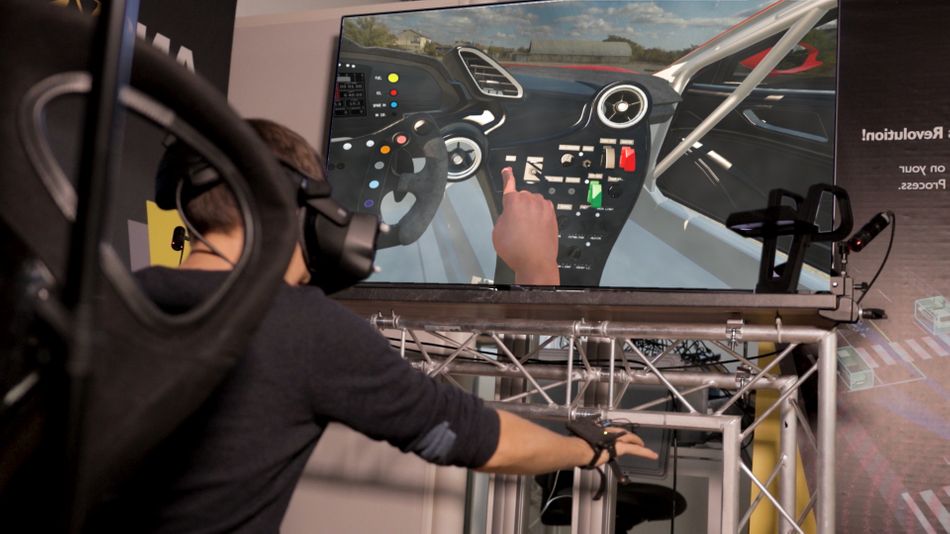 The crowning glory of the championship is the Le Mans 24-Hour race, held annually at the Circuit de la Sarthe in northern France. Ferrari has a rich history of racing at Le Mans, taking nine overall wins in total, including six in a row from 1960-1965.  From next year, the race will be open to LMH cars like the forthcoming Ferrari, plus the sister Le Mans Daytona Hypercar (LMDh) category. This category includes Ferrari's major Le Mans rivals, and current teams with the most wins at the French event, Audi and Porsche, plus BMW and Acura.

Where better than to demonstrate the true progress of the Ferrari brand than taking on its closest competitors wheel to wheel at Le Mans and winning? Enzo would be proud.

5 Smart Buildings You Have Not Heard About

5 Smart Buildings You Have Not Heard About

A smart building uses technology to obtain data. The data is then used to enable automatic, efficient, and economical use of resources while maintaining a safe and pleasant environment for occupants.

Article 3 in our PCB design series: Quickly finding relevant and available components was essential to achieving this ambitious life-saving project.

An accidental discovery in a research project is to be examined further and may result in completely new methods for designing.