In order to better understand efficiency-reducing dendrites, the metal wire forming phenomenon that consumes electrolytes while new generation lithium metal batteries are charging, researchers have developed a visualization cell as a “window” to look inside the potentially explosive process.

Dendrites, whiskers of lithium that grow inside batteries and can cause fires like those in the Samsung Galaxy Note 7, are the bane of next-generation lithium batteries.

While they usually spread under cover of darkness in a closed cell, a team of researchers at the University of Michigan has spied on them by cutting a window in a battery and filming the dendrites as they grew (the battery they probed was a next-generation lithium metal battery, and not the lithium ion type used in commercial cell phones and other consumer electronics).

The work could help researchers safely take lithium batteries to the next level.

Lithium sulfur and lithium air batteries—often referred to as lithium metal batteries because they have all-metal electrodes—have the potential to store 10 times more energy in the same space as the current state-of-the-art lithium ion batteries.

However, the all-metal electrodes in these advanced versions are especially prone to forming dendrites. Dendrites rapidly reduce a battery’s performance, raise safety concerns and cut short its lifetime.

“Nobody wants to buy an electric vehicle that decreases from 300 to 100 miles per charge after a few uses,” said Neil Dasgupta, U-M assistant professor of mechanical engineering.

Worse, the dendrites can pierce the membrane between the electrodes, shorting out the battery. Nobody wants an electric vehicle that spontaneously combusts, either.

While dendrites are widely known to be a problem in lithium metal batteries, which aren’t yet on the market, their role in causing problems in today’s commercially available lithium ion batteries is less understood. Researchers don’t yet know what caused Samsung’s phones to malfunction, causing the company to recall them. Some suspect dendrites could be the culprit.

“As researchers try to cram more and more energy in the same amount of space, morphology problems like dendrites become major challenges. While we don’t fully know why the Note 7s exploded, dendrites make bad things like that happen,” said Kevin Wood, a postdoctoral researcher in mechanical engineering who helped develop the battery window. “If we want high energy density batteries in the future and don’t want them to explode, we need to solve the dendrite problem.” 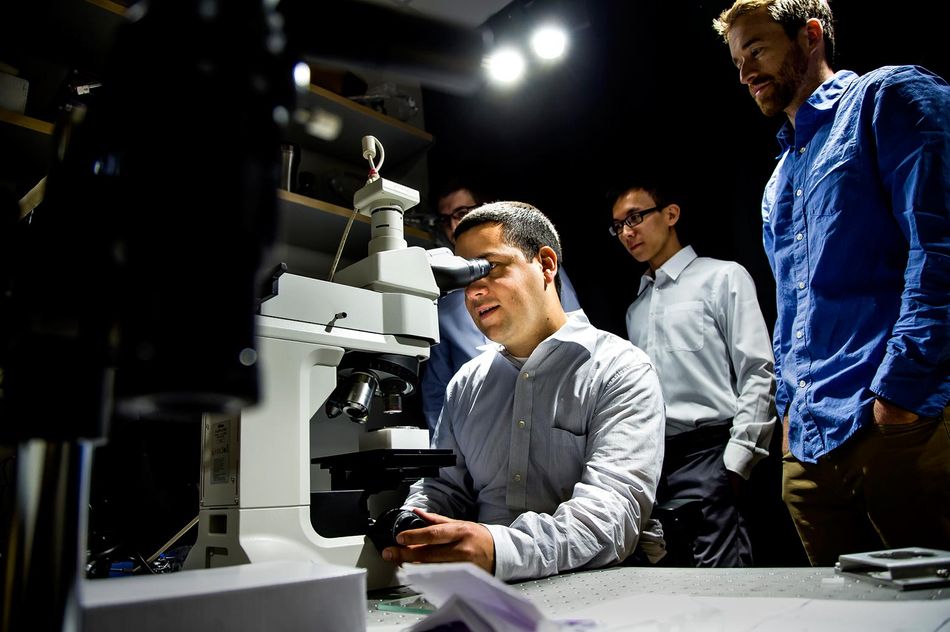 Dasgupta and Wood looked for a better way to find out what is happening inside batteries. The most frequently used previous techniques focus on electrochemical measurements while the battery runs. Then, autopsies of the batteries after the experiment finishes reveal what physical changes occurred inside. With this approach, researchers can see the dendrites. But they can’t see how they’d grown.

To capture dendrites in action, Dasgupta’s group mounted the window-battery on a high-definition video microscope and wired it so that they could monitor both the dendrite growth and the voltage between the two electrodes, which changes during charge and discharge cycles. In this way, they tied their observations of the electrode—whether dendrites grew or shrunk, and the general state of degradation—with the voltage measurements. Then, they linked the voltage patterns to specific dendrite activity.

The device helped the team pin down exactly why dendrites grow within next-gen lithium metal batteries.They studied a battery with two lithium electrodes, to avoid complicating the problem with a different electrode that would develop its own problems.

“Our window battery is a simple platform that can be used by researchers worldwide,” Dasgupta said. “It can be reproduced in any lab with an optical microscope, simple electrochemical equipment, a machine shop and a $100 budget.”

The researchers were able to see dendrites grow as lithium accumulated on the surface of an electrode, and shrink when the cycle reversed, pulling lithium away from the surface. They saw pits form in the electrode when the lithium was removed, and they saw how these pits became nucleation sites for dendrites on the next cycle. 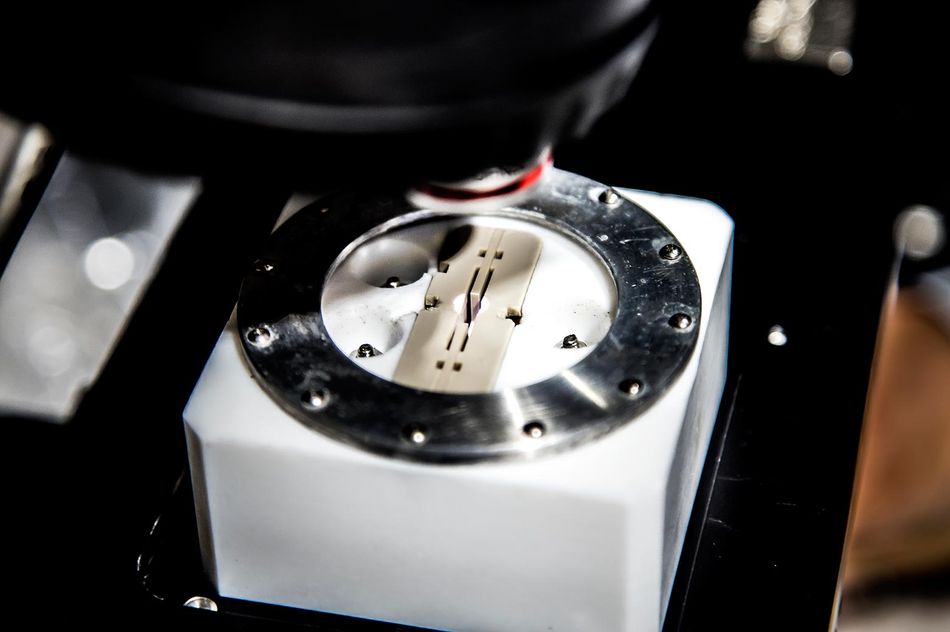 The visualization cell acts as a window for batteries, allowing for researchers to gain insights into various components of batteries. Photo: Joseph Xu

The lithium dendrites looked strangely organic, like plants growing and withering over the course of a battery cycle. Some dendrites broke off and became “dead lithium” floating around in the battery.

The team discovered that not all dendrites mean serious damage. If the dendrites are small and evenly carpet the surface of the electrode, more lithium remains in play. In this case, the battery performance remains stable, Wood said.

“If you want to get to practical operating conditions, I don’t think there’s any way to truly prevent dendrite growth,” he said. “But by controlling dendrite growth you can enable batteries that have long lifetimes and better safety.”

Using this insight, the team discovered a way to significantly extend the lifetime of lithium electrodes, to be revealed in a future publication.

People don’t ask too much from batteries: Deliver energy when it’s needed and for as long as it is wanted, recharge quickly and don’t burst into flames.

Graphene doped with sodium can be a key player in making cheap batteries and spintronic devices, EPFL scientists discover.