What Is Carbon Offsetting?

There is a great global effort to move towards low/no-carbon processes for power generation but until we get there, carbon offsetting has been a popular method of reducing overall carbon emissions for a lot of companies.

Simply put, carbon offsetting is when an organization pays towards an effort that will reduce atmospheric carbon and then the organization deducts the reduction from the carbon emissions that they generate. Carbon offsetting sounds great in theory but unfortunately, many of the participating organizations are more interested in showing low carbon emissions on paper instead of actually reducing atmospheric carbon. In fact, ~85% of carbon offsett programs being sold are not taking additional carbon out of the atmosphere.

An article published by Bloomberg highlighted how some of these corporations are paying sums of money to preserve forests that were never threatened to begin with and then counting the carbon that the trees are removing as carbon offsetting even though no additional carbon is being captured.

These practices have turned the booming carbon offset industry into a point of controversy with much criticism regarding the actual impact outside of public appearance.

Bio oil and ash are byproducts of decomposing biomass by burning it at very high temperatures in a chamber with no oxygen through a process called pyrolysis. The carbon-rich liquid mixture is more viscous than water which makes it ideal for injection into deep wells whereas the ash can be used as a fertilizer. Dependance on biomass can be concerning since it could mean that extra land would have to be used for this specific carbon offsetting process; however, Charm is currently only using waste wood and sawdust that would've rotted for their bio oil and if that doesn't sustain their growth in the coming future, they've mentioned that a small fraction (~1.7 Gt) of the 100 gigaton/year of biomass waste would be enough to sequester gigatons of carbon per year.

So, why inject it back into earth? There are numerous injection wells scattered throughout the world that used to store crude oil but now that they are empty, they are the perfect method to store a liquid that is very similar to what used to be there before. Charm has been working with the environmental protection agency (EPA) to ensure that the injection of their bio oil (a) does not damage the surrounding environment and (b) reduces the risk of sinkholes for caverns where companies used for mining and now lie empty. 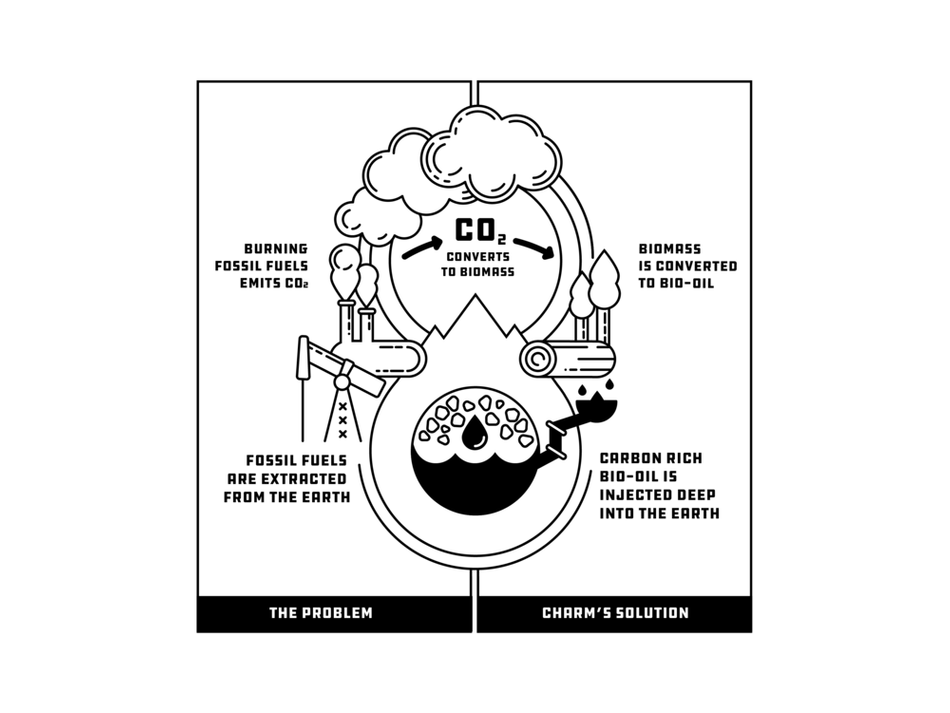 One thing to note is that injection wells are believed to cause increased seismic activity and Charm has noted that they plan to do further research in this area.

Here's what the breakdown looks like for the entire carbon sequestration process for 1 ton of bio oil:

Stripe - the payment SaaS company currently valued at $95 billion USD - was the first to get on board with Charm's carbon offsetting program and they received 416 tons of carbon offsetting 1 month ahead of their May 2021 delivery date.

Companies like Shopify and Microsoft got onboard shortly after Stripe but with this recent delivery, other organizations that are serious about reducing their carbon impact should be giving the team at Charm a call soon.

Robots perform many tasks that humans can’t or don't want to perform, getting around on intricately designed wheels and limbs. If they tip over, however, they are rendered almost useless.

A new organ-on-an-electronic-chip platform, published in Science Advances, uses self-rolling biosensor arrays to coil up and measure the electrophysiology of heart cells in 3D.