The purpose of this Human-Machine Interface (HMI) is to create a new media to aid the task of bilateral feedback during full-body teleoperation of humanoid robots. It explores human’s primitive motor skills to enhance the dynamic behavior of the slave platform to a performance level comparable to humans.

The HERMES humanoid robot system is designed for studying whole-body human-in-the-loop control with balance feedback. Inspired by the innate physical control capabilities of humans as well as the capacity for creative learning, we explore the use of the full-body of the human operator as the controller for a humanoid robot. The state of balance of the robot is displayed as sensory feedback to the human operator applied as force to the waist in order to stimulate corrective teleoperated control actions.

The machine is much stronger than humans and can be sent to dangerous locations for search and rescue operations. If its pilot can't follow it closely such as places that are too toxic or dangerous for people the operator has to wear a heads-up display to see what it's seeing. The developers plan to give it "some level of autonomous control" in the future, perhaps to make sure it can still function in case its connection with the pilot gets severed. 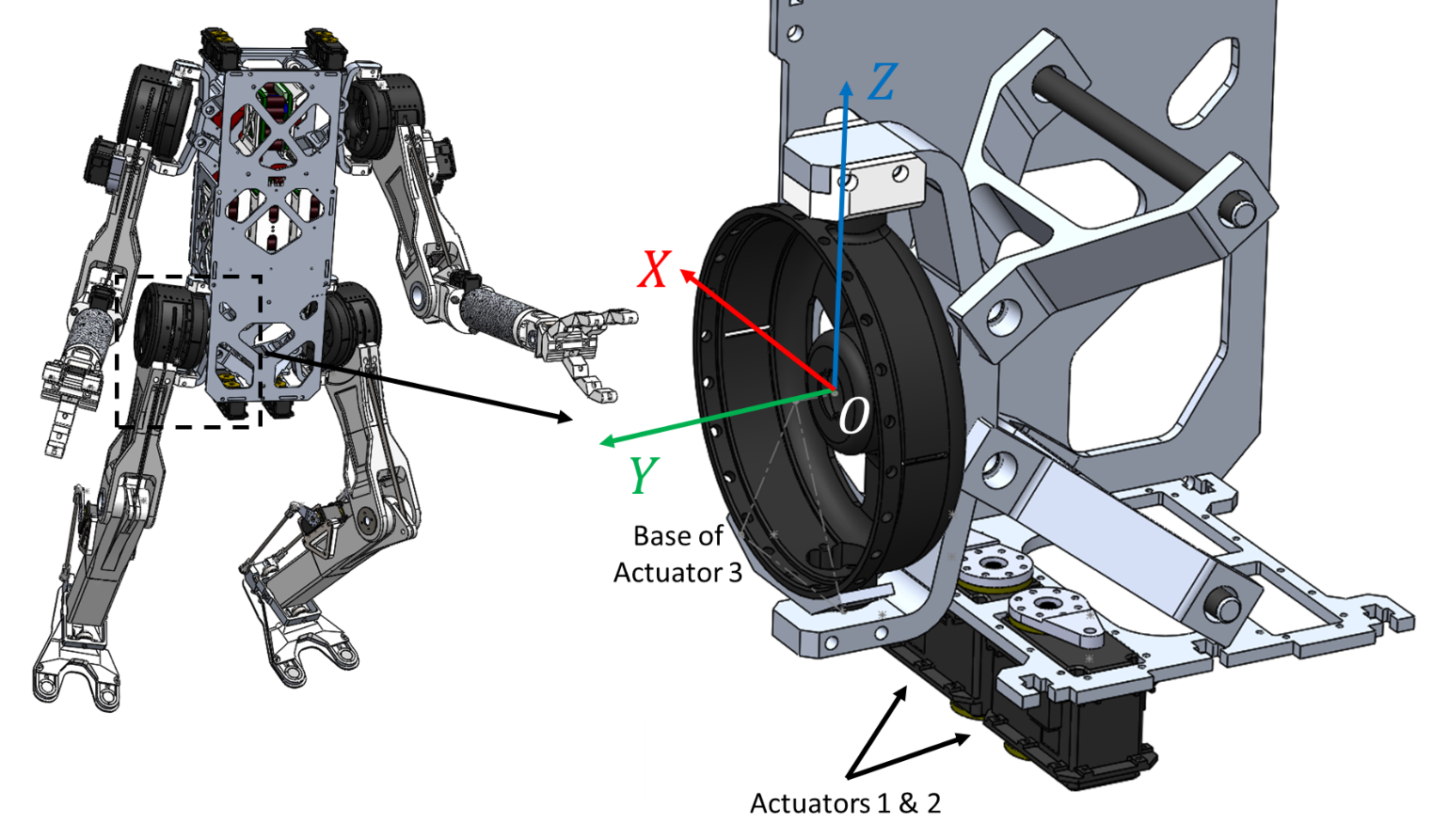 The real-time force feedback dynamic is demoed in the video (top of page) and the sensations felt by the human operator appear to be instantaneous and comparable to the force experienced by the robot.

Controllers in the human pilot’s hands control the robot’s hands, and a camera on the head of the robot feeds video straight back to the pilot, so that person can see through the robot’s head as though the pilot was there. 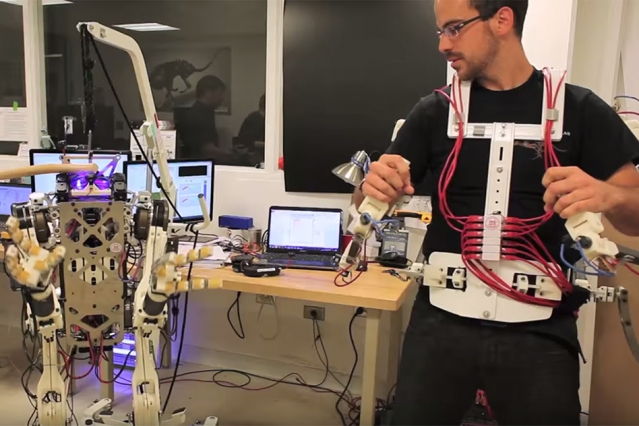 The hands of Hermes, three-fingered claws that can pick up power tools, crush a soda can or even pour out a coffee. Using joysticks rigged up to the main exoskeleton, the human operator is able to pick up objects and interact with the surroundings with more precision than a robot of this type would usually have.

Presents the legged robot model and the identification of the appropriate linear model for the human CoM dynamics. Shows the overall system interactions and simulation results, and experiments conducted with the real human-size robot. Lastly, it shows some conclusions and gives a brief overview of t

Introduces the balance feedback interface (BFI) that addresses the problem of bilateral feedback for teleoperation of humanoid robots. The haptic feedback interface that informs to the human the robot’s dynamic behavior is presented in Section II. Then covers a brief introduction to the lower body o

Addresses the system design principles and shows the major design components of the humanoid robot. Presents results from preliminary strategies for balancing with the human in the loop.

Describes the design principles that are the key for the development of the BFI and the MoCap suit. Presents the control strategy used for the force controller and also the mapping between CoP and body force and also the kinematic mapping between robot and operator. Has xperimental results for diffe