An air-breathing jet engine (turbofan) is widely used in aircraft propulsion. AFP systems are used for making the fan blades and containment casing for these jet engines. Here step by step process of making a jet engine blade via the AFP process is explained.

What is a Jet Engine?

A turbofan is a type of air-breathing jet engine that is widely used in aircraft propulsion. A turbofan engine is the most modern variation of the basic gas turbine engine. As with other gas turbines, there is a core engine, but in the turbofan engine, the core engine is surrounded by a fan in the front which sucks in air, and additional turbine(s) at the rear for exhaust. Most of the air flows around the outside of the engine, making it quieter and giving more thrust at low speeds. Most of today's airliners are powered by turbofans. Such engines have many components and we will focus on the components that are made using continuous fiber composites.

Which are the components made with AFP today? 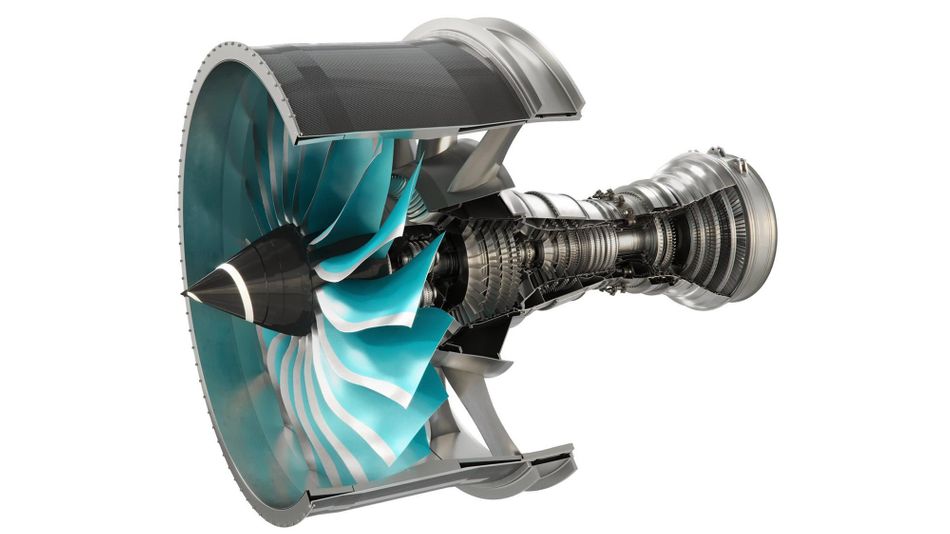 How to program the blade layup via AFP?

To produce a known geometry using AFP, a few sequential steps must be followed:

A demo blade model can be downloaded from here or your CAD model of the blade can be used as well. To make the fan blade mold, the following steps are followed:

Planning and Programing with AFP

Planning the layup on a 3D mold shape has been made very simple and accessible thanks to AddPath. You can download the AddPath software for free here. A step-by-step process of planning via AddPath is depicted in the picture below. The process also allows user to define their paths by simply drawing a curve in the chosen CAD modeling software and importing it. 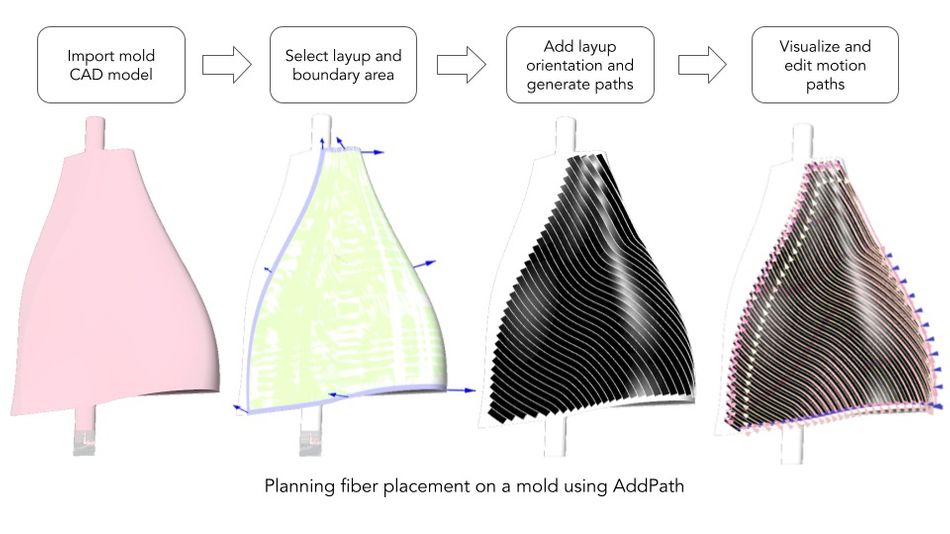 Simulating the process via 3D Programming Software - AddPath is very critical to make sure the following items are being met without error:

AddPath allows for modification of mold position to optimize the planned layup placement, thus enabling the part to be optimally designed. Below is the video showcasing the simulation in the finalized position.

Setting up your facility for such production used to be very difficult as it would cost millions of dollars and would require the hiring of experts. With the advent of free-to-access software like AddPath, everyone interested in digitally producing composites can join the movement. This virtual production environment provides very critical data for the end-user i.e. material, time, steering/gaps, overlap, feasibility, BOM cost, etc.

As a user feels confident in their business case, they can lease the AFP systems to run onto any available robotic arms (e.g., KUKA, ABB, Fanuc, etc.).  The lease prices are equivalent to hiring a skilled technician.

For more information and knowledge about composites manufacturing, you can find it on our website and on the “Blogs” page. If you have further questions, please contact us directly and we are happy to support you.

Addcomposites is the provider of the Automated Fiber Placement (AFP) ecosystem - including the Fiber Placement System (AFP-XS), 3D Simulation and Programming Software (AddPath), and Robotic Cells (AddCell). With the leasing program for the AFP system (AFPnext), composites manufacturers can work with...

The Present State of Composite Design for Manufacturing (DFM)

What Engineer Need to Consider When Conducting Composites Repair

In this article, the focus is on understanding the key steps in designing structural composites with examples of aerospace components; i.e. wing and fuselage.