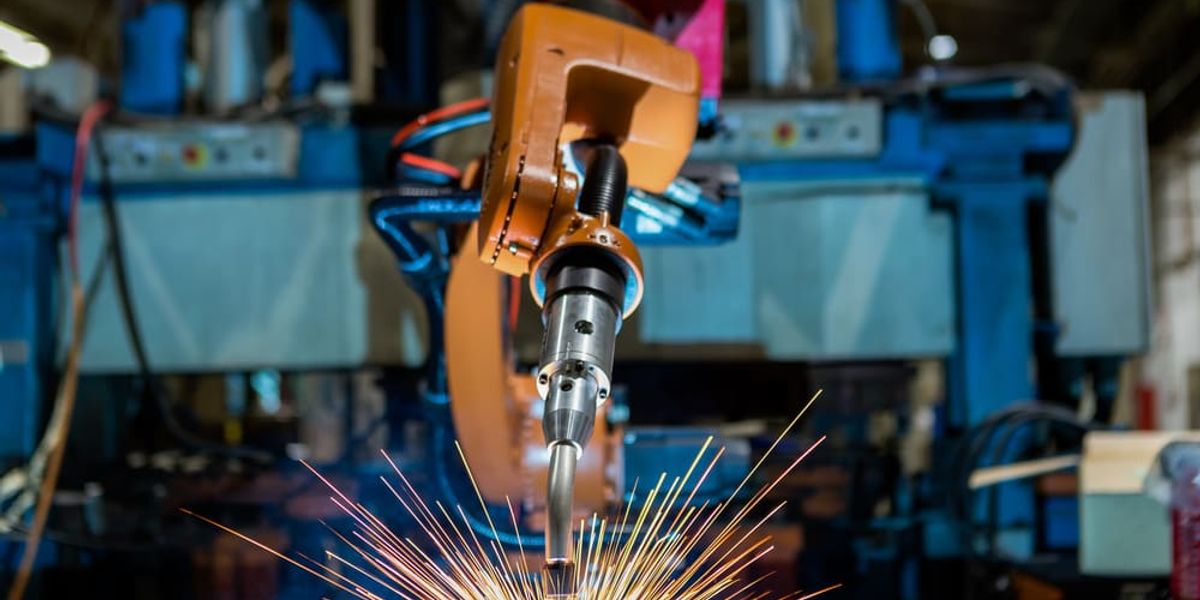 Automation and Industry 4.0 are revolutionizing the manufacturing and industrial sectors.

When we talk about automation, there is a tendency to picture cutting-edge technologies, like self-driving cars and sophisticated robots. But automation has existed in some form or another for centuries and many automated technologies are now quite commonplace. The primary history of automation dates back to the Industrial Revolution, though we can trace roots back even further. Water mills used to mill grain have existed since the time of Ancient Greece; windmills have existed since the 12th century.

In the Industrial Revolution, however, automation really took hold with a slew of new manufacturing technologies that were invented to reduce the reliance on human labor. Devices like conveyor belts, mechanized looms, steam engines, and more led to the proliferation of factories that could produce products on a mass scale like never before. Electrification in the early 1900s and advances in signal processing throughout the early and mid 20th century led to further automation and revolutionized every aspect of society, from communication to manufacturing.

Today, it is not quite as simple as talking about “automation”, because the term can mean a lot of things. Industrial automation can look like a conveyor belt moving products along an assembly line; it can look like a CNC machine milling a part from a metal blank; it can look like a robotic arm manipulating objects; and it can look like an entire lights-out factory working independent of any human intervention. Because of this versatility, it is helpful to categorize the different types of automation. 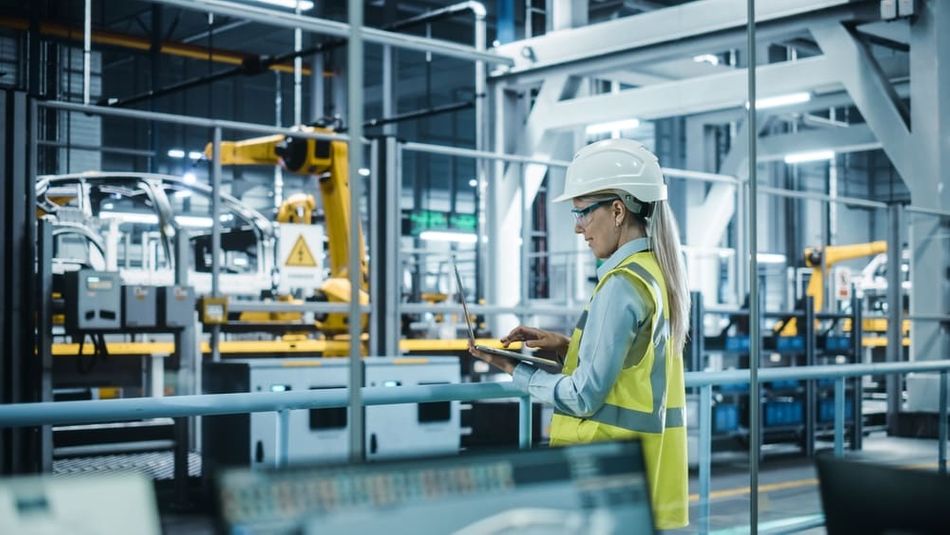 Automation is a versatile topic. In industrial manufacturing, there are four main types of automation.

An automated conveyor belt is an example of fixed automation: the system operates independently throughout the manufacturing process and its purpose is to carry products along an assembly line. Other common forms of fixed automation are automated assembly machines, which are programmed to assemble specific parts, or automated painting processes designed to coat a specific product with a finishing paint or sealant.

This type of automation is best suited to batches of up to several thousand parts rather than one-off production because reprogramming the equipment takes time. This means that any changeover between product varieties will necessitate machine down time, which slows down production rates.[2] 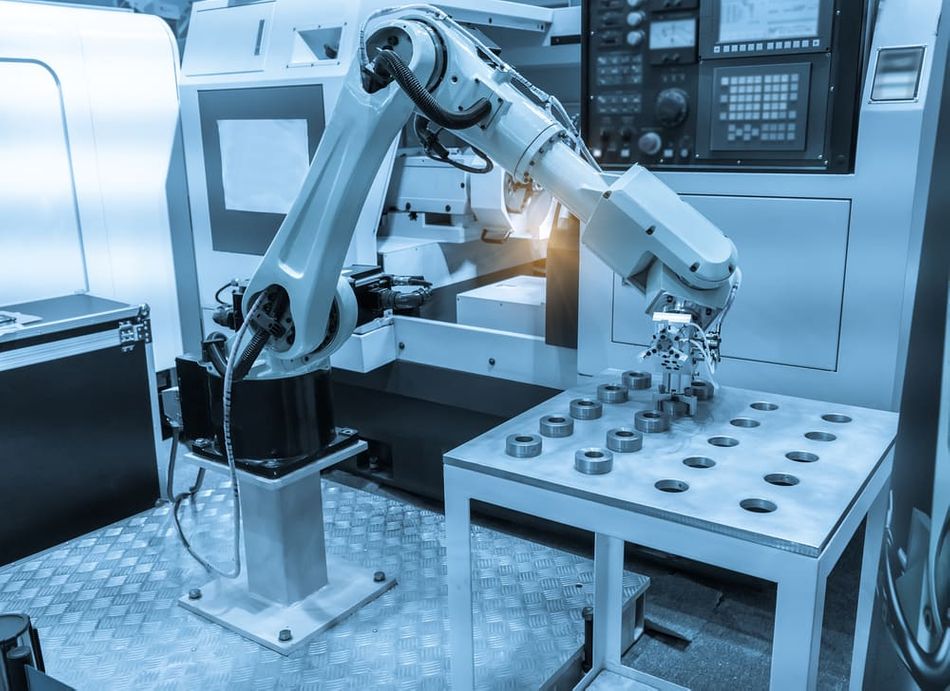 Robotic arms are key to unlocking integrated automation on the factory floor.

Flexible automation, sometimes called soft automation, refers to manufacturing equipment that is controlled by a computer program and is capable of carrying out a diversity of tasks based on the code it has been fed. Unlike programmable automation, which can be programmed for different products but requires significant down-time to do so, flexible automation solutions can be adapted rapidly and often automatically. In most cases, flexible automation only requires software changes (i.e. via a remote computer) rather than hardware changes, minimizing machine downtime and facilitating product changeovers.

With flexible automation, it is possible to produce parts in batches or to manipulate different types of parts in succession. For example, a 6-axis robotic arm can be programmed to carry out a range of tasks in a production line, including drilling holes, joining components, and more. It could also be programmed to do something completely different the following day or week if needed. An industrial 3D printer could also be used to fulfill flexible automation: technicians can easily change printer settings and send a different CAD file to start producing a new design.

Integrated automation refers to an end-to-end automated manufacturing process that does not require any human intervention. In an integrated automation workflow, a computer software system controls and connects the various pieces of manufacturing equipment on the production floor. Once settings and parameters have been set by an engineer or technician, the integrated automation solution carries out the instructions independently and can respond if any inconsistencies occur thanks to artificial intelligence and machine learning technologies.

While the aforementioned types of automation describe specific systems or pieces of equipment, it is perhaps more helpful to think of integrated automation as a sort of framework. It underpins various automated hardware and connects each step in a production chain, resulting in a single, cohesive process rather than multiple distinct steps.

Lights-out manufacturing is an example of integrated automation in action. It refers to when a manufacturing facility can operate without any human involvement and even supervision. Robots and automated equipment are responsible for every step in the process, as well as material and part handling. Today, many manufacturers are aiming to achieve lights-out production to increase productivity, achieve high production rates, and minimize the reliance on skilled human operators—of which there is often a shortage. 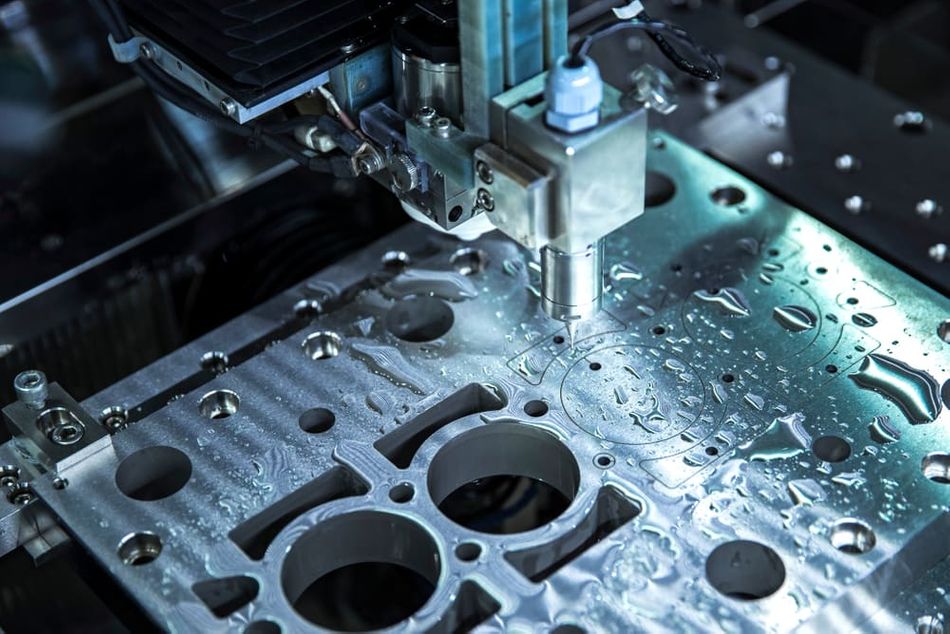 Lights-out manufacturing is a fully automated production line that requires no human intervention or supervision.

Advantages and Disadvantages of Automation

Automation is a key part of what is heralded as “Industry 4.0”, or the Fourth Industrial Revolution. Through a combination of smart machines, control systems, and automation tools, manufacturing operations are able to function more independently, with various steps in the process communicating with each other and process data informing computer system decisions in real-time.[3]

Whenever we talk about a new manufacturing or industrial framework, there are two sides to the story. Automation, particularly integrated automation, represents a massive paradigm shift in manufacturing that has many people feeling very optimistic and many feeling quite anxious. It’s important to look at both sides to understand where the benefits and disadvantages lie, and how to address them.

Recommended reading: Is Your Manufacturing Plant Ready for Automation?

In the context of industrial manufacturing, there are countless applications for automation. Many of the steps involved in transforming raw material into a finished product can be automated, including CNC milling, CNC turning, sheet rolling, stamping, pressworking, laser cutting, additive manufacturing, welding, product handling, material handling, part inspection, picking, packaging, and more.

Automated material handling, assembly machines, and other automated manufacturing systems are indispensable tools within major manufacturing facilities today, including in the automotive, food packaging, electronics, pharmaceutical, and consumer goods industries, among others. 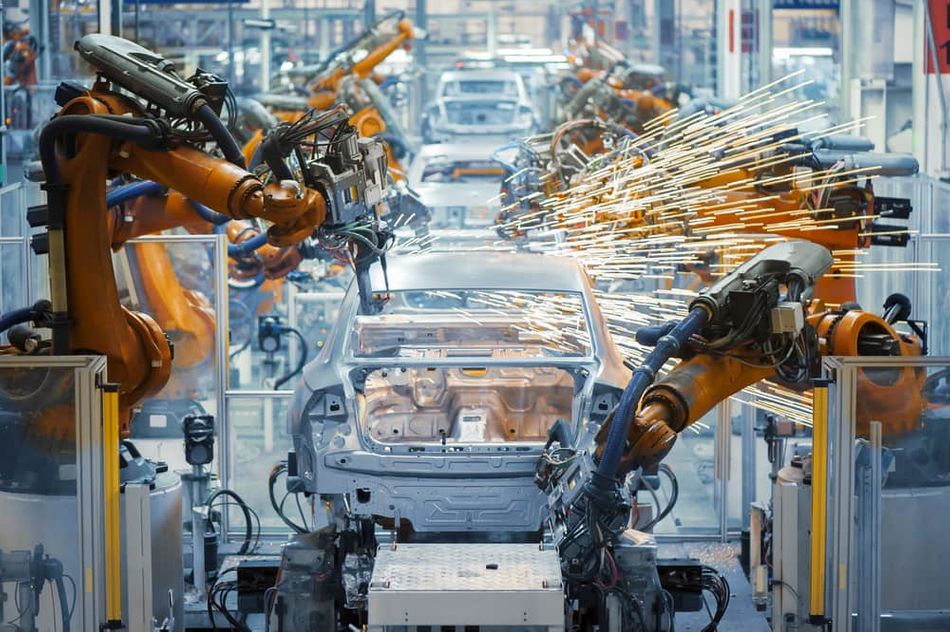 The automotive industry is among those driving the adoption of industrial automation.

At its core, automation is about improving productivity and reducing the need for human labor. And it has been evolving for millenia. Thousands of years ago, water and wind mills freed people up from the labor intensive and time-consuming task of hand pounding wheat and grain. Today, the most advanced automated solutions are enabling entire production chains to go ahead without supervision. We covered a lot about automation in this article, if you’re looking for a quick summary, here it is:

Miniscule robots of metal and plastic

An almost unbreakable skateboard made from fiberglass

Miniscule robots of metal and plastic

Researchers at ETH Zurich have developed a technique for manufacturing micrometre-​long machines by interlocking multiple materials in a complex way. Such microrobots will one day revolutionise the field of medicine.

An almost unbreakable skateboard made from fiberglass

For his Master’s project, a civil engineering student at EPFL dimensioned and then made a fiberglass skateboard. Applying digital techniques to the design process, this resulted in a product that is more solid than a traditional skateboard.