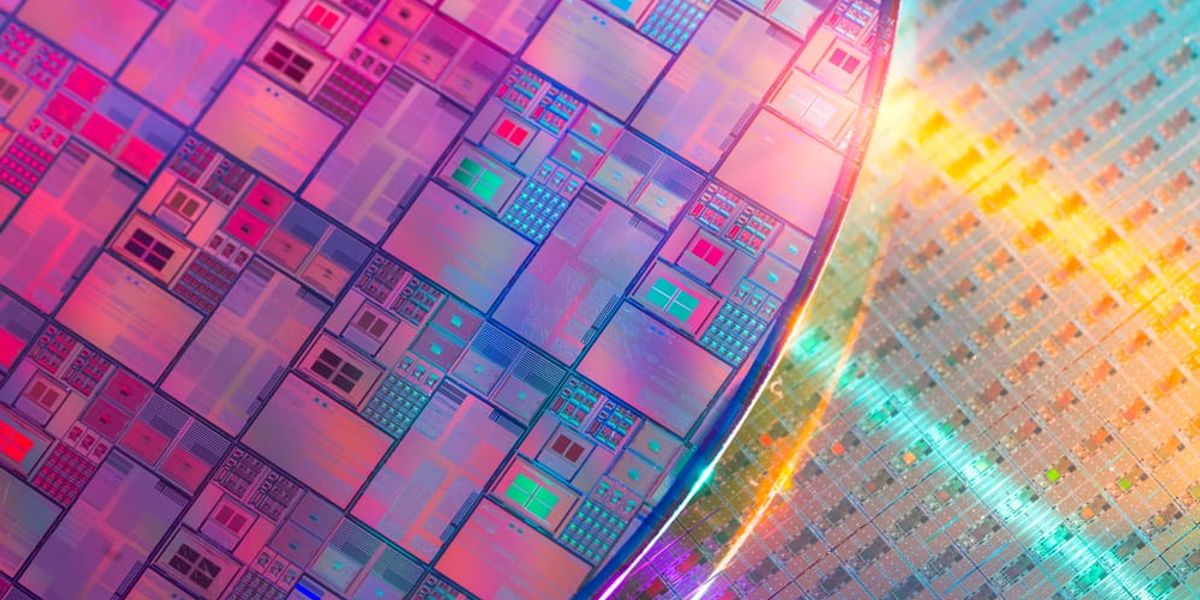 The N-type and P-type semiconductors are both classed under the extrinsic type of semiconductor. They are created through a process called doping, using specific materials to achieve either the n-type or the p-type or by temperature concentration. This article delves into the n-type and p-type as subclasses of semiconductors, how they are produced and the differences between them.

A semiconductor is generally a crystalline solid material that can conduct electricity under certain controlled and preferred conditions. Over time since discovery, semiconductors have become an important integral part of electronics production because they are ideal for controlling the flow of electrical current in electronic devices.

What is a Semiconductor?

A semiconductor is a substance, typically a solid chemical element or compound that has specific electrical properties and conducts electricity under certain conditions. This makes it ideal for controlling electric current in electronic devices and appliances.  Any substance that can conduct electricity is called a conductor while one that cannot conduct electricity is known as an insulator. Semiconductors have properties that are halfway between the conductor and insulator.

Semiconductors can be pure elements, such as silicon or germanium, or compounds such as gallium arsenide or cadmium selenide. During a process called doping, small amounts of impurities are added to pure semiconductors to effect large changes in the conductivity of the material. So, the specific properties of a semiconductor is determined by the dopants or impurities added to it.

Unlike conductors, the charge carriers in semiconductors arise only because of external thermal energy. It causes a certain number of valence electrons to cross the energy gap and jump into the conduction band, leaving an equal amount of unoccupied energy pockets, which are called holes. Conduction due to electrons and holes are equally important.

Streamlined features of semiconductors are listed below:

The discovery and development of semiconductors follows from the first time a semiconductor effect was observed in 1833, although the term “semiconducting” had been previously used by Alessandro Volta in 1782.

Faraday observed that the electrical resistance of silver sulfide decreased with temperature. Then in 1874, Karl Braun discovered and cataloged the first semiconductor diode effect. Braun observed that current flows freely in just one direction at the contact between a metal point and a galena crystal.

The invention of the transistor (a device composed of semiconductor material) came up in 1947 by John Bardeen, Walter Brattain, and William Shockley, at Bell Labs.

The semiconductor itself is not an invention but there are many inventions that are semiconductor devices. The discovery of semiconductor materials allowed for incredible and vastly significant advancements in the electronics industry. Semiconductors were vital for the miniaturization of computers and computer parts, and also for the manufacturing of electronic parts such as diodes, transistors, and many other devices. [2]

Because of this, it possesses a very low conductivity level since it has very few number of charge carriers, namely holes and electrons, which it contains in equal quantities. Therefore, an intrinsic semiconductor may also be defined as one in which the number of conduction electrons is equal to the number of holes.

Germanium (Ge) and Silicon (Si) are the most common type of intrinsic semiconductor material, having four valence electrons (tetravalent) and bound to the atom by covalent bond at absolute zero temperature.

When there is an increase in temperature, few electrons become liberated to move through the lattice, thereby creating a positively charged hole in its original position. These free electrons and holes contribute to the conduction of electricity in the semiconductor. Hence, semiconductor current consists of movement of holes and electrons in opposite directions in the valence and conduction band respectively.

What are P-Type Semiconductors?

The P-type Semiconductor is formed when a trivalent (having three valence electrons) impurity such as Gallium and Indium is added to a pure semiconductor in a small amount, and as a result, a large number of holes are created in it. These p-type producing impurities are known as Acceptors because each atom of them creates one hole which can accept one bonded electron. A positive charge hole is created when the three valence electrons of the impurity bond with three of the four valence electrons of the semiconductor and having one electron short, the covalent bond cannot be completed, hence the missing electron is known as a hole.

An extremely small amount of impurity has a large number of atoms, therefore, it translates to millions of holes – which are the positive charge carriers – in the semiconductor. Hence, it is called p-type semiconductor where 'p' stands for positive.

What are N-Type Semiconductors?

Doping for P-Type and N-Type Semiconductors

Differences between P-type and N-type Semiconductors

In determining the difference between p-type and n-type semiconductors, factors such as doping element, effect of doping element, the majority and minority carriers in both types are taken into consideration. Additionally, the density of electrons and holes, energy level and Fermi level, the direction of movement of majority carriers, etc. are also accounted for in clarifying the disparity between p-type and n-type semiconductors. In this vein therefore, the differences are outlined thus:

The unique properties of semiconductors make them flexible and thus extremely useful for electrical conductivity, which is a major element of electronic devices and appliances. The existence of the n-type and p-type semiconductor is testament to this flexibility, offering electronics manufacturers and consumers a wide range of utility.

1.Tech Target. What is a Semiconductor and what is it used for? 2022 [Cited 2022 Jul 11]. Available from: https://www.google.com/amp/s/www.techtarget.com/whatis/definition/semiconductor%3famp=1

2. Electronic Notes. What is a Semiconductor? 2022. [Cited 2022 Jul 11] Available from: https://www.electronics-notes.com/articles/basic_concepts/conductors-semiconductors-insulators/what-is-a-semiconductor.php

What is a Via: A Comprehensive Guide

What is a Via: A Comprehensive Guide

Vias are copper-lined holes connected to the circuitry of a PCB that allow for the conduction of electrical signals between the different layers of the board. Vias can vary in size, pad shapes, and hole diameters, which is how they are differentiated and typed. They are necessary for the production of multilayer PCBs with high-density interconnect functions. This article explains PCB vias by detailing the components, uses, types, and relevance to board design and fabrication.

IC (integrated circuit) packaging types are varieties of protective cases that insulate semiconductor components from the effects of physical impact and corrosion. There are different types of integrated circuit packages, grouped into different classifications, discussed in this article.