Energy storage systems, often referred to as ESS, play a fundamental role in helping with the intermittent nature of renewable energy and provide reliable supply of energy. In the recent year, the most commonplace energy storage technology has been battery energy storage (BESS) due to its shrinking costs and technological advances. However, ESS types do not end there. Although the majority of other such technologies are not currently commercially feasible and still developing, it is important to take stock of their progress and limitations.

When it comes to renewable energy production, wind and solar applications have become more ubiquitous in the last decade, accounting for a bigger chunk of the renewable energy mix. Due to the upward trend in global solar photovoltaic (PV) installations and technological progress, this article is mainly focused on relevant energy storage systems to solar and its applications, which can be divided into three main categories of:

The generated energy from the solar initially comes in the form of electricity and can either be stored directly in that form or converted to another form then stored. Now, what are some of the important ESS systems?

As the name suggests, this ESS converts renewable energy into mechanical energy, which is then stored in one of the following forms: pumped hydro (PHS), flywheel energy (FESS) or compressed air energy (AES). Mechanical energy storage relies on kinetic forces to store the energy i.e. spinning a flywheel. As simple as the physics mechanical ESS sounds, the technologies enabling this type of storage is made up of advanced computer control systems and high-tech materials. 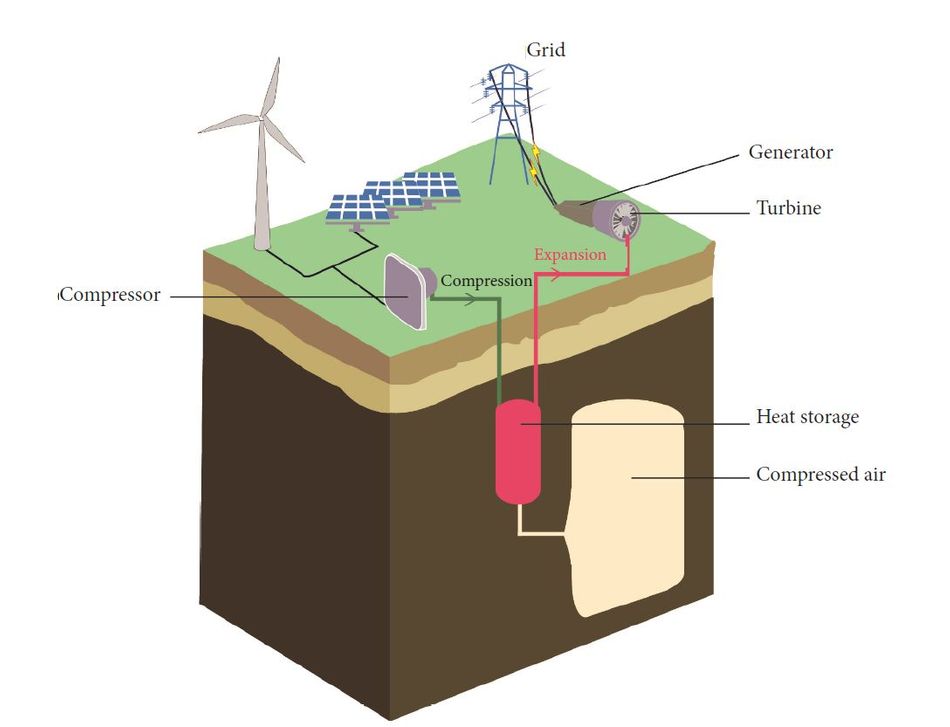 Electrochemical storage systems are commonly known as Battery Energy Storage Systems (BESS) as they rely on rechargeable batteries to store energy. Overall, the rechargeable batteries with current applications fall into the following categories: lead acid, alkaline, silver, lithium, sodium-sulphur and flow batteries. The solar plus storage industry has been mainly dominated by lithium-ion batteries due to the accessibility and budget-friendly nature of the technology. However, other battery technologies such as flow batteries have made big strides.

All in all, the application of battery energy storage systems has witnessed an uprise, aided by their technological improvement and growing use cases. The research to improve the performance of these batteries will only continue to expand as they play a crucial role in realizing a clean energy future.

What are the AI-powered Technologies Bolstering the Field of Robotics?

The Évora Molten Salt Platform (EMSP) is a solar thermal research power plant. It is one of the first plants to use molten salt as a heat transfer medium.