What is the Definition of a ‘Degree of Freedom’ (In the context of Robotic Arms)?

A ‘Degree of Freedom’ (DoF) as it relates to robotic arms, is an independent joint that can provide freedom of movement of the manipulator, either in a rotational or translational (linear) sense. For every geometric axis that a joint can rotate around or extend along, this is counted as a Single Degree of Freedom.

As such, robotic arms are often described in terms of how many total DoF they have. E.g. the Bravo 7 is a 6 Degree of Freedom robotic arm (Why not call it the Bravo 6? See the next section of this article). Of course, there are a variety of different types of robotic arms across different industries, ranging from one degree of freedom (sometimes called an ‘axis’) to over seven. 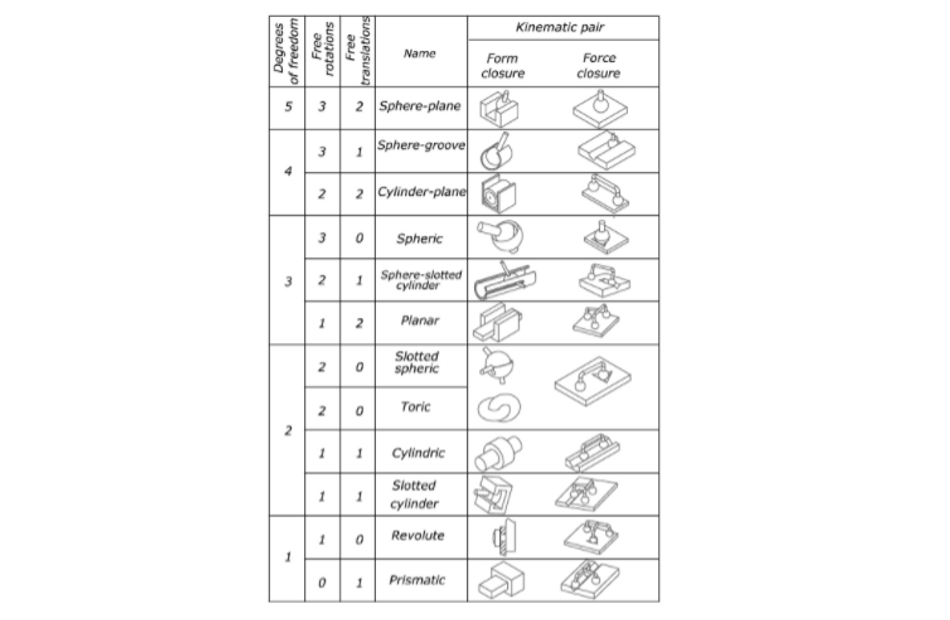 Knowing and defining the Degrees of Freedom (along with other key parameters) allow for modeling the robotic system and implementation of AI algorithms to autonomously control the manipulator arm.

What do we mean when we talk about the Number of ‘Functions’ of a Robotic Arm?

Sometimes a ‘Degree of freedom’ is coopted to be used for a function that does not result in ‘freedom’. In other words, it does not move the position or orientation of the end-effector/gripper/tool/sensor (the part of the robot that ‘does stuff’). For Blueprint Lab manipulators, we usually have a set of jaws at the end of the robotic arm. To open or close the jaws of the robotic arm, we use a prismatic actuator (a fancy word for a motor and gear set – a single joint).

We define the reference point as a floating location in between the jaws of the manipulator. As the manipulator moves, it is this location that is being updated in terms of the ‘position’ of the end-effector. If you want to grab something at position (x,y,z) with orientation (a,b,c), it is this position that is optimised in the inverse kinematics algorithm.

Because of this, the movement of the linear actuator to open and close the manipulator’s gripper does not change the reference point and thus it is not providing a ‘degree-of-freedom.

In this scenario, the prismatic actuator is providing a ‘function’ but not a ‘degree of freedom’. As such, we may define a manipulator as having a different number of DoF and Functions; for example, the Bravo 7 is a 7-Function, 6 DoF manipulator, with one function being the open/close of the jaws.

Why is all this important? One of the main things people are interested in when solving a complex robotic manipulator problem is the DoF and Functions. These two distinct pieces of terminology help to shortcut conversations and make sure everyone is talking on the same page! 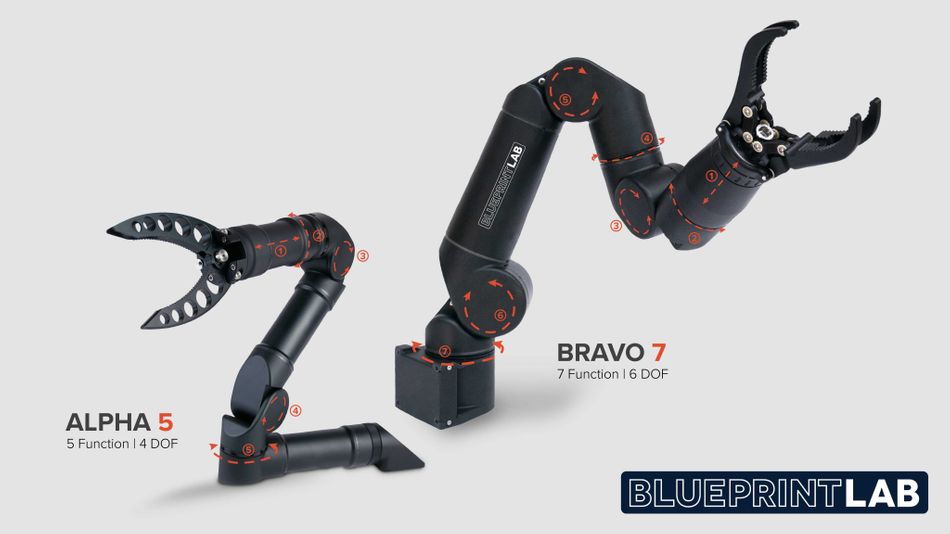 The Autonomous Mobile Kitbot is an invention by Robominds GmbH, a company founded in 2016 by Andreas Däubler and Tobias Rietzler in Munich.

The Stretch RE1 is an invention by Hello Robot, a company founded by Dr. Aaron Edsinger and Dr. Charlie Kemp in 2017. It is a mobile manipulator with a gripper, computer, sensors and software included.