Even though both these electrical switches have similar working principles, there are specific differences you should be aware of before making a decision to get one for your application.

Many developers and newly graduated electronics engineers are usually confused about the difference between contactors and relays– two closely related electrically operated switches. Since the operation of the contactor and the relay are the same, the difference lies in various other parameters that are important for its usage in an industrial environment. Depending on the type of application, the applicability of both the electrical switches can vary drastically, affecting the outcome. Typically used for switching the loads, contactors and control relays are integrated into an electrical circuit subject to the resultant load. A wrong decision in deciding which electrically operated switches are applicable for a particular application can cost a huge amount of investment, damaging the integrated electrical circuit.

What is the difference between contactors and relays?

Contactors and relays have similar operating principles that are designed as general-purpose switching devices for controlling the loads. A contactor structure joins two poles together without a common circuit between them, while the relay has a common contact that connects to a neutral position.

One of the most important parameters when choosing between the two devices is the load capacity. Both electrically operated switches have different load capacities, wherein relays are used with electrical loads at a range of about 10A or less. Contactors are used for loads greater than 10A. 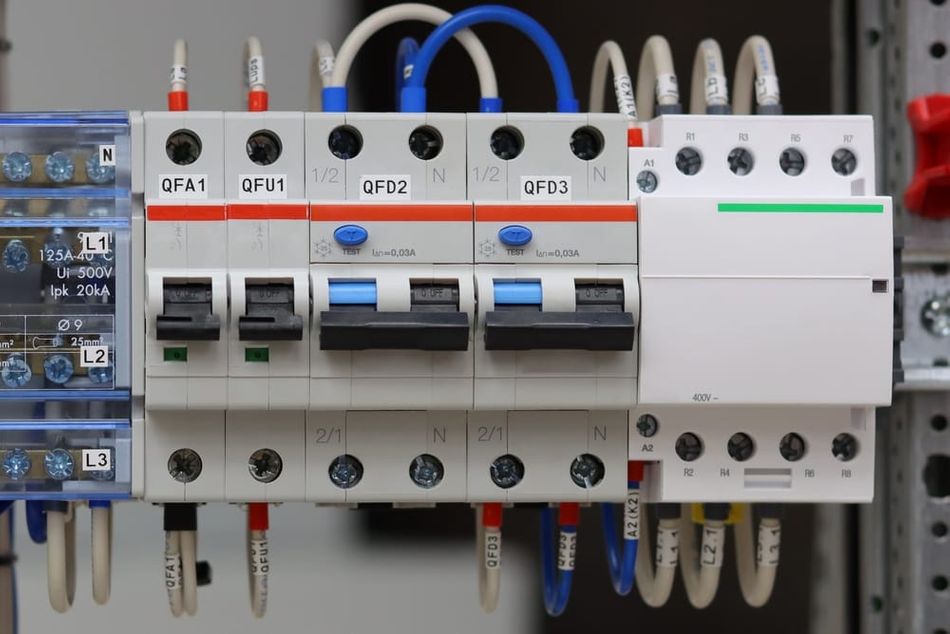 Electromagnetic contactor switch in an industrial use

Auxiliary contacts are additional contacts that increase the amount of electricity that can flow through the system. There have to be at least two contacts in the electrical system to operate because when only one auxiliary contact is present, it is likely that more current flows in the prescribed path than it can handle. Because of this, some parts of the electrical circuit would not get any electricity, and some might receive more than they should. With two or more auxiliary contacts present, limiting the amount of electricity that flows through each path is possible.

The difference between auxiliary and main contacts is that the main contact uses an insulating disk that separates the two sets of contacts, but in the case of auxiliary contacts, the two sets of contacts are touching each other due to the metal piece that holds them apart at-rest position. Auxiliary contacts are usually seen in motor-operated devices for safety features against any electrical faults.

For anyone who is looking for safety features in these electrically operated switches, contactor typically carries high electrical loads and are designed with additional safety features like spring-loaded contacts that ensure that the electrical circuit is made open when de-energized. Spring loads are not common in relays as relays deal with low power loads. Another safety feature that is commonly found in contactors is arc suppression. Magnetic arc suppression works by extending the path of an arc that it would normally travel. If this path is extended further to the fact that the energy can be overcome, the arc is suppressed.

Another safety feature that is commonly seen in the contactor is the overloads that protect the electrical equipment when the current exceeds a set threshold for a selected time period. This helps protect equipment from getting damaged due to over-current, and these are uncommon in relays due to low voltage operation. However, when an electric motor draws excess current (referred to as an overload condition), this can cause overheating of the motor and damage the motor's windings. Overload relays protect the motor and branch circuit components from excessive heat from the overload condition.

The overload relay is usually wired in series with the electric motor so that the current that flows to the motor also flows through the overload relay. The relay trips at a certain threshold value when excess current is detected flowing through it. This creates an open circuit between the motor and the electrical power source.

Relays are switches used for converting a small electrical input into a high current output or vice-versa by controlling the opening and closing of the circuit contacts of an electrical circuit. These relays are limited to transforming single inputs into single outputs at a single point in the electrical circuit. But for complex applications, a single relay can trigger many other effects inside multiple circuitry. Interestingly, relays can be combined with another relay to perform Boolean logic operations that can control the operation of other components. Generally, relays are used in the control panels, manufacturing and building automation to control the power and switch the small circuit in a control circuit. When the relay contact is open (NO), the relay’s initial state is said to be in an open circuit. The switch stays in an open circuit state if the condition is not met. For the current to stay flowing, the actuator has to be pressed to change the initial state into a close state. The trigger to change the initial state, energization of the coil, makes the normally open (NO) contact change to NC contact (NC).

The contactor is used for applications where higher current carrying capacity is involved, which is opposite to the relays. These devices feature multiple contacts that are normally open (NO) and provide operating power to the load wherever the contactor coil is powered. In the working principle of the contactor, the current flowing through the contactor energizes the electromagnet. This energized electromagnet then creates a magnetic field to cause the core of the contactor to move the armature. The circuit is then completed between the fixed and moving contacts by a normally closed contact that allows the current to pass through the contacts to the electrical load. The coil is de-energized, and the circuit is opened when the electricity ceases flowing through it. 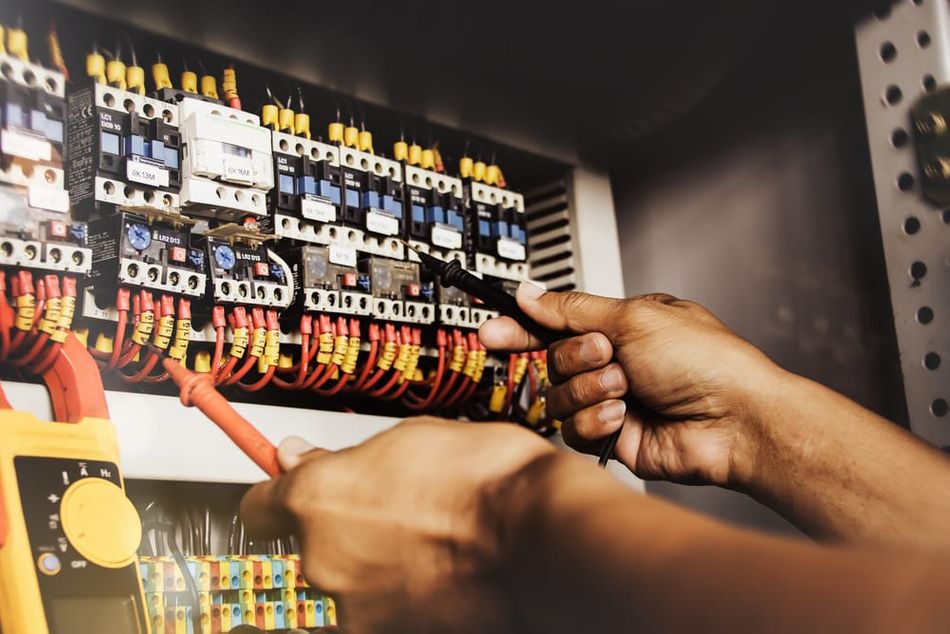 Relays are designed to be used for single-phase applications that include– automotive devices, managing and controlling the motor, industrial applications, controlling electrical loads, automation systems, and more. In the case of contactors, there is a wide range of categories that operate on high voltage capacity loads, such as motors, electrical capacitor banks, controlling lighting fixtures, etc.

Some important key takeaways when deciding who electrically operated the switch will serve the purpose of your application. You should also be looking beyond the specifications– at the functions as well. Starting with the specifications of the relay and contactor– you can consider using a relay for ten amps or below with a maximum voltage of 250V for a single phase. Meanwhile, you can consider picking a contactor for nine amps and above for a maximum voltage of 1000V for 1 or 3 phases.

A quick recap– contactors and relays are electrically operated devices that are designed to control and manage the efficiency of the electrical circuit. Specifically, the contactor is an electromagnetic switch that can be operated by giving an external power supply, wherein the current carrying capacity of the contactor’s contacts is high. Relays operate on the same working principle as the contactors but are designed to carry a small amount of current and are also manufactured in a small form factor.

[3] “What is a relay, its function, types and relay wiring” Singapore. [Online]. Available: https://www.electgo.com/what-is-a-relay/

For those who have not yet assimilated the term "Industry 4.0", it's the short form of "the fourth industrial revolution".

Pharma 4.0 is the trademark of an initiative launched by the International Society for Pharmaceutical Engineering (ISPE). The aim is to bring the pharmaceutical industry more fully in line with the concept of the smart factory.

This expert-written eBook investigates the technological developments behind current changes in the way we manufacture.