Shortly after the launch of PolarCool's innovative PolarCap® System, Premier League football club Leeds United have snapped up the product for use in their Elland Road stadium.

Concussion and brain injury incidents have been in the spotlight for elite sport, particularly football in recent years. Attention to concussion in football has also increased thanks to UEFA’s Concussion Awareness campaign, with the issue further highlighted during last summer’s Euro2020.

In line with this, PolarCool has developed the PolarCap System with the aim of quickly lowering the brain’s temperature in a controlled manner following a sporting head trauma.

Swedish company PolarCool was created in 2017 as a subsidiary of BrainCool, an innovative high-tec medical technology company. PolarCool’s focus is on medical cooling in areas of sports and athletics, with products designed for use directly in the sports grounds where the injury has occurred.

CEO of PolarCool Erik Andersson is a former elite hockey player who, due to repeated concussions, was forced to hang his skates up. His is not a unique story. Every year a large number of athletes suffer from head trauma, especially in physical team sports such as football, rugby, martial arts and ice hockey.

When exercising, athletes’ body and brain temperature naturally becomes elevated and if an injury is sustained to the head, this higher temperature risks exacerbating possible brain damage. In these situations, faster recovery can be achieved by quickly lowering the temperature of the brain.

However, unlike when applying ice to a muscle injury, it’s vital that lowering the temperature of the brain is done in a controlled manner. Excessively fast lowering, for example through an ice bath, may induce shivering which risks making the damage worse.

Developed in partnership with product design studio OIM and Protolabs, the PolarCap System consists of a headcap and a portable cooling unit, which means that even those who are not medically trained can easily use it directly at the sports facility or location where the injury occurred.

The advantage of the PolarCap System is that it can be quickly used for preventive purposes, where concussions are only suspected, until the athlete has been checked over by a doctor.

Cooling as a treatment method for concussions has been shown to generate a number of positive effects. The PolarCap System was evaluated in a large clinical sports study where the results showed that the recovery time for treated players is significantly shortened. More importantly, the results showed a significant reduction - over 80 per cent - in the proportion of players taking long absences after receiving cold treatment.

OIM was commissioned to help make the brilliant concept of the brain cooling apparatus a reality.

The OIM team carried out pre-studies, masterminded the design development, carried out certificate testing and oversaw the manufacturing. Having worked with Protolabs in the past, the team at OIM was keen to get Protolabs involved in the project.

“Protolabs’ service in support of developing the PolarCap System was fast. Not only the turnaround, but also their responses throughout the project. They always got back to my questions promptly. I would recommend Protolabs not just due to the simplicity and speed, but also because it feels like I have a good control over what is being done and I can use their services to help me progress in the design.” 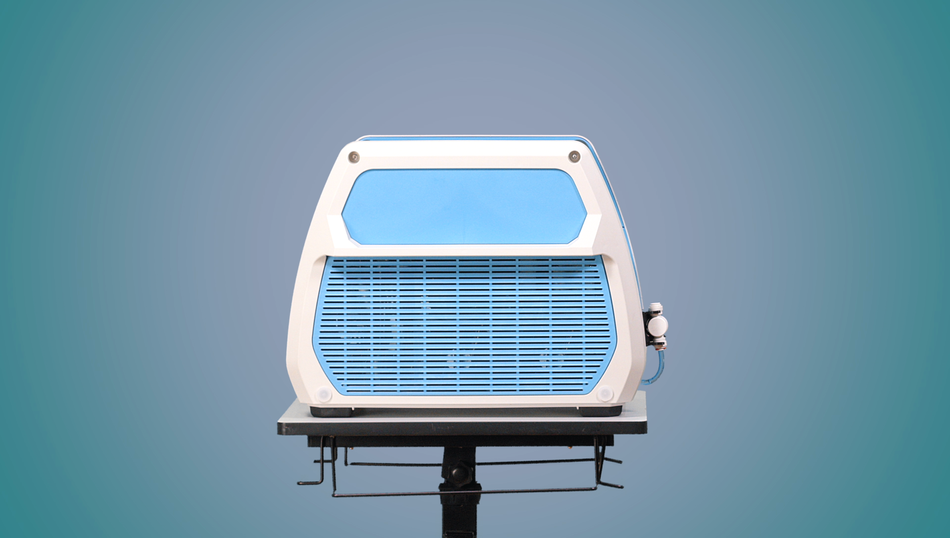 From the start of the collaboration, OIM were pleased to be able to take advantage of Protolabs’ e-commerce system: an easy to use quoting platform that also helps determine manufacturability during the iteration process. This enabled them to develop an effective and marketable product for PolarCool. In addition, more recent developments in the product’s design plus evolving the manufacturing via Protolabs’ on-demand technologies has helped PolarCool achieve great things with the device in terms of markets.

Commenting on the take up of the PolarCap System, PolarCool's CEO Erik Andersson said: “The trial contract with the UK Premiere League was secured following a meeting with our UK representative Jamie Bache - a former elite rugby player and a former Sports Marketing Account Manager for Umbro - and Leeds United’s medical decision makers, where the scientific background and clinical evidence surrounding the PolarCap System were presented.

“Our company's first collaboration in the Premier League with Leeds United is undeniably yet another important milestone for PolarCool. The English Premier League is arguably the most recognized sports league in the world and this provides an exciting opportunity for PolarCool's expansion into new markets.”

As the PolarCap System is CE marked, PolarCool has had interest from other European top clubs and leagues, with partnerships formed with groups such as Stade Français Top14 Rugby, German champion club Adler Mannheim, the Swedish Hockey league and HC Davos in Switzerland.

Commenting on the development of the PolarCap System, and on the partnership with Protolabs, OIM’s Senior Mechanical Engineer Claes Gustafsson said: “The really good thing about the Protolabs e-commerce system is that you get fast feedback to let you know if you’re going in the right direction, especially for relatively simple pieces. In this case, some of these components in particular were quite complicated so required extra checks from Protolabs engineers. So initially I was working through the automatic system, then I spoke to Protolabs’ Application Engineers.”

“The advice on manufacturability from them was great. The industrial design of the machine was done before we began working on it. When we brought it to Protolabs, we quickly realised that we needed to adapt our plans because the quotation for a cabinet for just one machine made from polyurethane was over €1,000 which was crazy. Protolabs’ Application Engineers helped us come up with a realistic solution, which was to develop nine individual parts for the casing that could then be easily assembled.”

“Because we really went to the limit, pushing the boundary on size, volume, complexity and total surface of the part, we required particular assistance from Protolabs’ Design Engineers.

“Protolabs’ input was hugely valuable, especially with advice around the issues of how plastics behave when they go through the cooling process after being pressed, which determined certain factors within our design. Based on their mould flow analysis, I was able to optimise the design and placement of reinforcements to compensate for shrinkage and make the parts fit well together and be as strong as we needed. Protolabs provided excellent support in this area.” 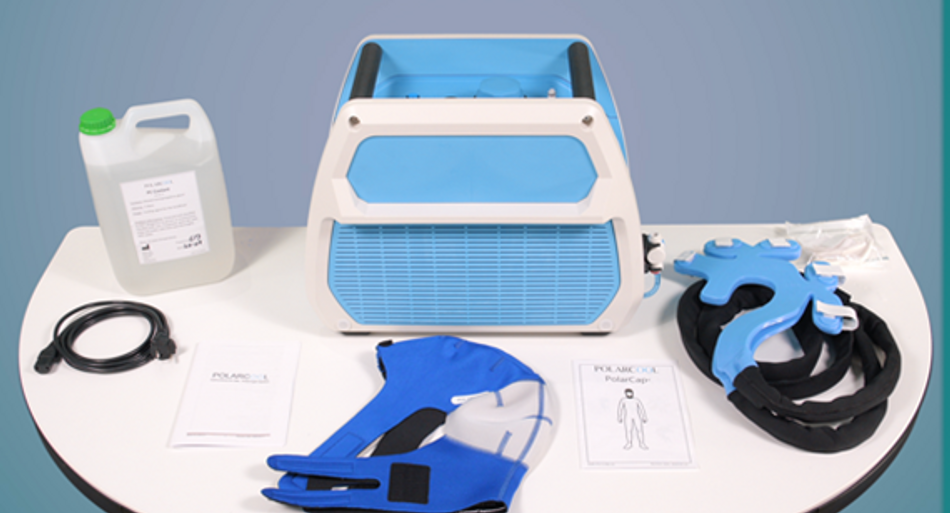 In other aspects of production, Claes was impressed with Protolabs’ help with the sourcing of materials that fulfilled the necessary flammability requirements and their advice on part smoothness. “We also had discussions about surface finishing. Some surfaces needed more consideration than others, dependent on factors such as visibility. Protolabs were very helpful on this and our discussions on surface options certainly helped reduce our costs.”

“Protolabs’ service in support of developing the PolarCap System was fast. Not only the turnaround, but also their responses were fast throughout the project. They always got back to my questions promptly. I would recommend Protolabs not just due to the simplicity and speed, but also because it feels like I have a good control over what is being done and I can use their services to help me progress in the design.”

In response to the success of the PolarCap System in the Premier League and top European sporting clubs, part volumes are increasing and so Protolabs is currently working with Claes at OIM and PolarCool on moving the production of previously 3D printed parts to injection moulded parts. It’s an important step towards more efficient manufacturing at scale and ramping up production to meet forthcoming demand for the product.

The future is looking exciting for PolarCool. They will continue to develop their successful PolarCap System with more innovative product ideas in the pipeline to help individuals recover from injury.

Erik Andersson concluded: “We are also in the development of a new headcap for the PolarCap System enabling the treatment of whiplash injuries, not just in the sporting arena, but also in the area of rehabilitation. We see future collaboration with Protolabs as the product development of PolarCap continues as we have enjoyed great support from them.” 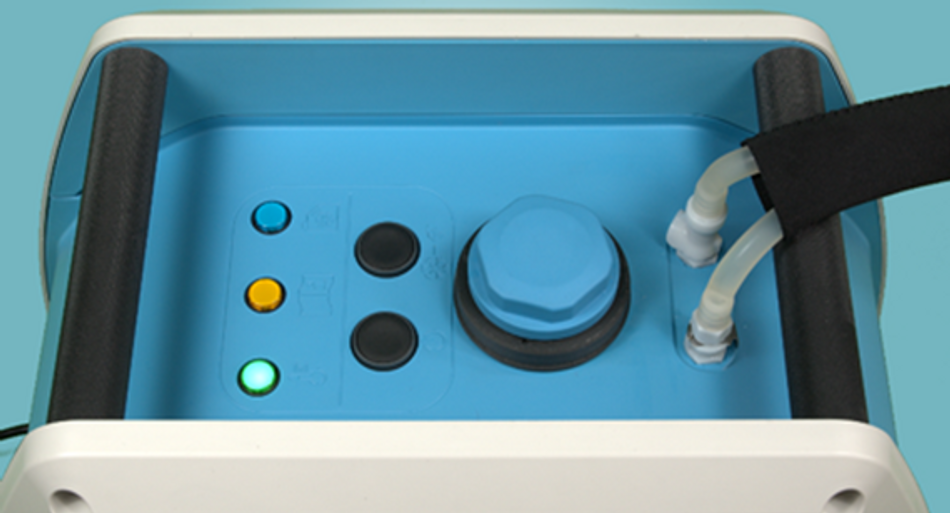