Power Relay-equipped mobile robots can receive power at a distance. This eliminates the need to stop to charge, while dramatically increasing battery lifetime.

It’s difficult to enter a warehouse today and not observe a symphony of self-guided electric machines performing a suite of repetitive, yet mesmerizing, tasks. Typically referred to as autonomous mobile robots, or AMRs, these platforms have proven critical in sorting packages, picking items, and transporting materials within distribution centers, fulfillment centers, and even grocery stores. However, because these systems are battery operated, their supply chain participation does not come without the creation of a new set of roadblocks to overcome.

Today’s mobile robots primarily use lithium-ion or lead-acid batteries, which means that at some point during the robot’s work cycle, it will need to be recharged or replaced. Downtime, or time spent charging, interrupts regular operations and negatively impacts payback period since the AMR is ‘temporarily unemployed’ during this time. A second major issue facing AMR operators is managing battery degradation which occurs after deep cycling and repeated charging. After only a few hundred charge cycles, you can expect poorer battery performance (80-90% the original capacity) and impending battery replacements.

Light weighs nothing, travels efficiently through air, and leaves nothing behind after it is switched off. Because of this, a single light emitter may be used to power several AMRs within a closed system by transmitting energy to one Relay and then quickly pivoting to power a second. This design also minimizes charging infrastructure, simplifying initial installations. In the case of micro fulfillment centers (MFCs), which are typically small, automated, back-of-store fulfillment centers responsible the “last mile”, an installation may have several hundred AMRs operating at once. This puts immense pressure on charging protocols, especially when handling high order volumes. In order to meet demand, an operator is faced with a trade between deploying additional robots or procuring additional batteries which are swapped when the AMR’s state-of-charge (SOC) falls below a specified level, both of which increase operating costs.

Luckily, an AMR equipped with a Power Relay can achieve this same level of throughput via contact-free [wireless] charging, offsetting the AMR’s power consumption during its work cycle. A light emitter sitting on the perimeter of an MFC installation can transmit hundreds of Watts to the Power Relay-equipped AMR at the precise moment it engages a heavy load or while it moves between tasks.

Without the Relay, the AMR must either charge at distinct charging locations within the MFC stack or pull over for a battery-swap, both of which decrease productivity. Relays eliminate these mechanical bottlenecks by creating a virtual [light] power cord between the emitter and the AMR, translating into higher throughputs, higher margins, and faster payback periods.

What Does This Mean for Our Future?

AMRs are not the only battery-electric systems that face future challenges. Electric vehicles, electric drones, and electric air taxis will invariably face the same optimization problem that arises when batteries are involved: How long will my vehicle run before it needs to stop to recharge? And how long will it need to recharge?

It’s unlikely that this problem be solved with any one technology or solution. As they say, “It takes a village”. However, in conjunction with improved energy storage technologies, commercializing new methods for delivering power to mobile systems as they operate will sprout new, more flexible autonomy-focused technologies and business models. 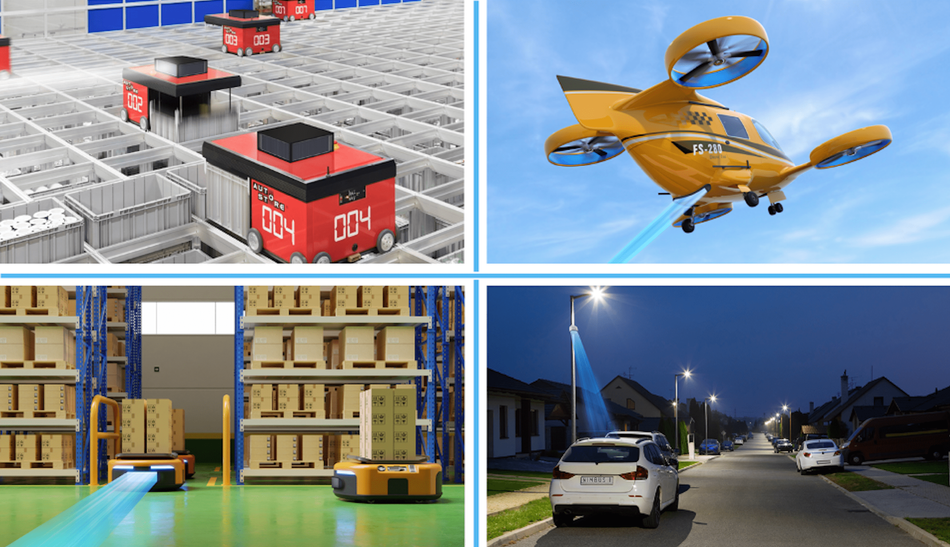 The future of electrification will be accelerated by new energy technologies.
Matt Jerrild

Nimbus Engineering is enabling wireless power technology to take the next step into the industrial scale. This means kilowatts of power over hundreds of meters in distance. To achieve this momentous leap in performance, Nimbus is utilizing breakthrough optical technologies typically found in renewab... learn more

A short summary of the #Highlights of #2021 for wireless #charging. Thanks to all who made this possible!

Study: Energy supply of AGVs & Co - a lot of potential for optimization

Carsickness incidence could increase if we all become passengers, but new research aims to help address that.