Derk Wilten, owner and managing director of Synchron Lab Automation, explains how cooperation with Festo began: “We only used to focus on the concept of a solution and then had it built by a partner. That's because originally we’re a software company. When Niels Kruize joined the company, he told us he firmly believed we should be building turnkey solutions ourselves. Niels Kruize is responsible for business development at Synchron Lab Automation. He used to work in England where he collaborated closely with Festo. On the basis of his positive experience, he suggested launching our first in-house designed product with engineering know-how and components from Festo.”

A partner who believes in the project

Niels Kruize elaborates: “Festo is a leading company with a global network of component suppliers, as well as global service and support. They helped us with the design engineering and shared their knowledge with us. It has been very valuable that they’re active in different markets.” Synchron supplies customers all over the world, so they are very pleased to have a partner who can deliver parts in Germany as quickly as in Singapore. Derk Wilton was quickly convinced: "Festo uses the same work methods as we do. It's very reassuring to work with a partner who believes in the project." 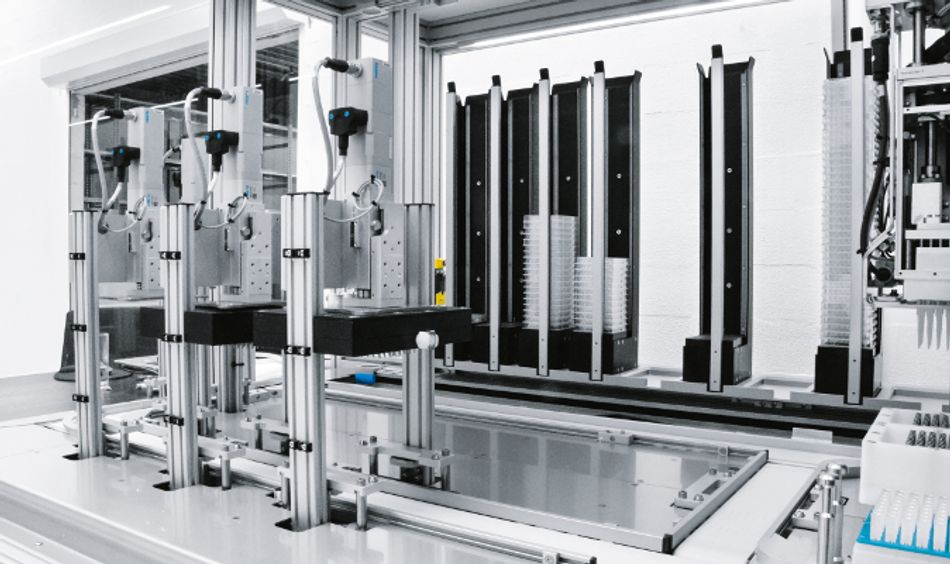 Right from the start, the developers at Synchron received intensive support from Festo. Key Account Manager Bert Baas from Festo explains: “Our automation experts provided support throughout the entire development of the extraction machine. For example, they suggested using the new CPX-E unit to provide genuine added value. They used the unit in this project before it was even available on the market.”

Right from the start, the developers at Synchron received intensive support from Festo. Key Account Manager Bert Baas from Festo explains: “Our automation experts provided support throughout the entire development of the extraction machine. For example, they suggested using the new CPX-E unit to provide genuine added value. They used the unit in this project before it was even available on the market.”

Derk Wilten: “We don’t have 24/7 production in our industry, which can be traced back to the components and the way solutions are engineered. However, Festo is focused on Industry 4.0, optimum availability, service and preventive maintenance.” The extraction machine now runs continuously for eight hours, but it can also be operated non-stop for 24 hours. Its capacity is already eight times greater than other options currently available on the market. 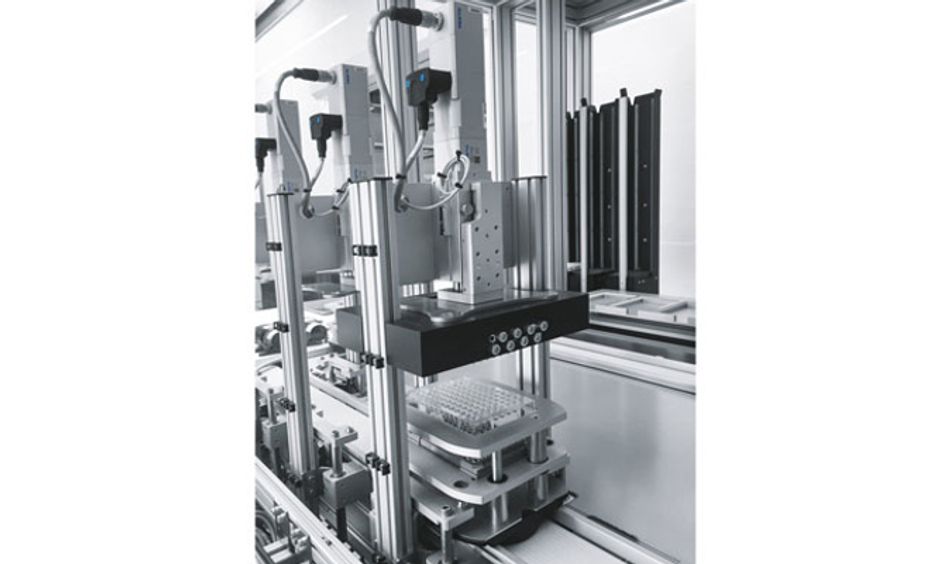 Niels Kruize jumps in: “In fact, we’ve actually created a very small factory. Recently, one of our customers made a priceless statement. He said, “This is so beautiful and at the same time so simple, I just don’t understand why it hasn’t been invented before.” Festo’s Bert Baas adds: “It’s a perfect example of a combination of industrial and laboratory automation.” The machine’s hardware is subdivided into functions, each of which is designed as simply and efficiently as possible. The small factory is equipped with serial instead of parallel drives. Plates are continuously moved and positioned throughout the pipetting, rinsing and washing stations.

How the DNA extraction machine works

The process running on the machine is used in the agricultural industry for plant breeding. The DNA is extracted from shredded plant material. Components from Festo carry out important functions in all extraction phases. The process begins with a holder which accommodates up to 400 microwell plates – 200 for input and 200 for output. 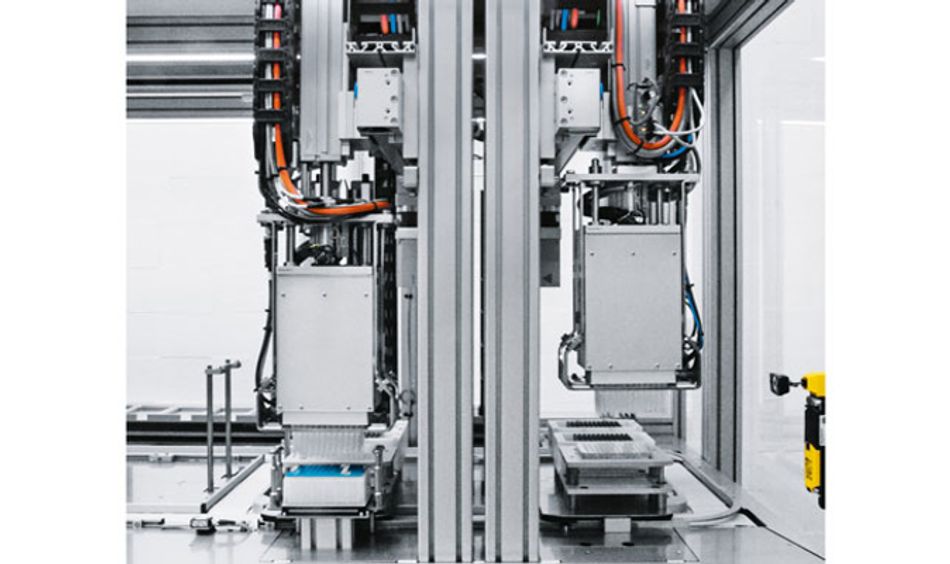 Identification and transport: The bar code reader SBSI scans all the microwell plates at the start of a run. Electric axes EGC, in combination with a semi-rotary drive DRRD and a gripper DHPS, pick up the microwell plates and place them on carriers which move through the various stations on a transport system.

Extraction: Handling the pipetting head for extracting the DNA is the responsibility of electric axes EGC in combination with an electric slide EGSL. Each plate has 96 samples and takes twenty minutes from start to finish, and a new plate is started every 2.5 minutes.

The machine has a serial and modular design with almost no switching delays. The CPX-E and valve terminals VTUG with IO-Link® are used to control the system. The CPX-E has been developed as a remote I/O system or PLC with EtherCAT master controller and motion controller. Combined with electric drives and control systems from Festo, this really is an innovation.

Standardisation is vital for the safe installation of electrical components, and even more so when machines are becoming so sophisticated.

When a HVAC manufacturer needed help with their design of a refrigerant leak detection control panel Rowse were the company they asked for assistance. Having extensive knowledge of control and automation products we were ideally positioned to offer assistance on the project.

One would assume that when we test boards in parallel, this translates to savings in test cycle time, and an increase in production throughput. But is this true?