Silicon Wafer used in electronics for the fabrication of integrated circuits

The chip, also commonly known as an integrated circuit, is the assembly of hundreds of millions of transistors on a small form factor chip of which size depends on the type of integrated circuit. A wafer is the base of any integrated circuit which is made of silicon. Silicon wafer is used in electronics because it is suited for mass manufacturing and is also a cost-effective option because of their abundance on earth.

Silicon wafers are used as semiconductor devices in electronics in the manufacturing process of integrated circuits that are designed to hold millions of transistors and other essential components. In simple words, a wafer is a thin slice of semiconductor material which is used for the fabrication of integrated circuits. These thin slices are constructed by diffusion and deposition of various substances.

What is a chip?

Integrated circuits with all the non-ideal effects have their origin in the fabrication process of semiconductor devices. The basic processing steps in the production of a MOS transistor and eventually bigger electronic circuits are– diffusion and ion implantation, oxidation, photolithography, chemical vapour deposition, and metalization. Before anything else, the starting point in silicon processing is a single crystal silicon wafer of appropriate conductivity and doping. Ideally, the material used is a very pure polycrystalline silicon, commonly referred to as semiconductor-grade silicon with an impurity concentration of less than one part per billion silicon atoms. 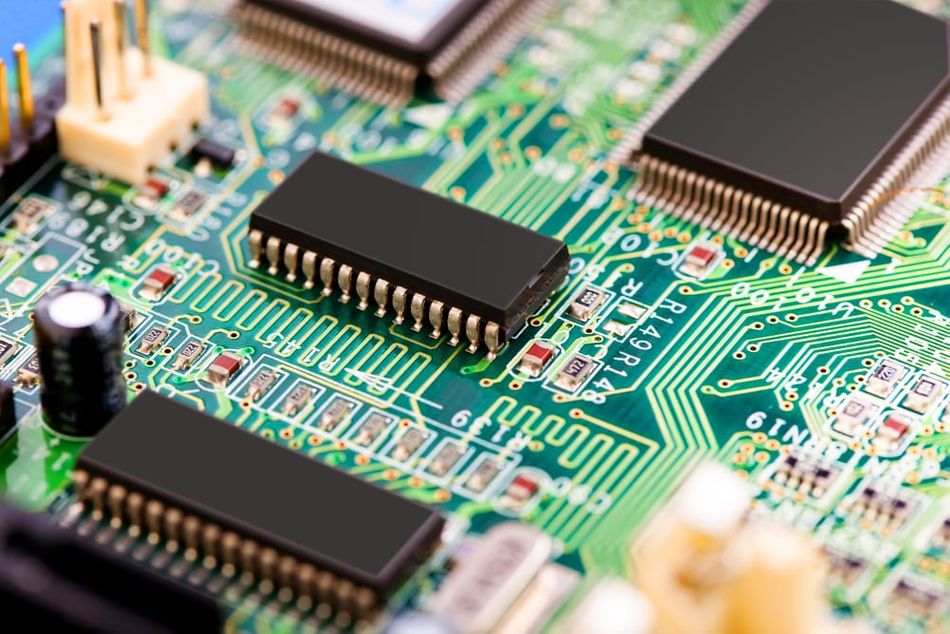 An image of an integrated circuit

After fabrication and processing, layout and area consideration for the integrated circuit is an important step to maintain the form factor. Design rules are usually specified by the wafer manufacturer and those must be observed by the design engineer in the layout of the integrated circuit. Generally, minimum clearance values are required between diffused regions, contact windows, and metallized contacts to allow for mask registration errors and minimum line resolution.

What is a wafer?

A wafer is a thin slice of material usually in a round shape with a mirror-like finish surface for semiconductor device fabrication. Wafer manufacturing is classified into four major categories– crystal growth, wafer forming, wafer polishing, and wafer preparing. In the first step of wafer production, the end product is a crystal ingot with a defined crystalline characteristic. In wafer forming, the sliced wafer is produced with prescribed dimensions and thickness.

Wafer polishing is done for polishing the wafer surface for semiconductor fabrication, and finally the end product, that is, a package of prime wafers is ready. Raw silicon used for semiconductor devices is metallurgical grade silicon, manufactured by the carbon-thermic reduction of silica in an electric arc furnace. This raw silicon is converted into a crystal substrate which further needs to be purified. 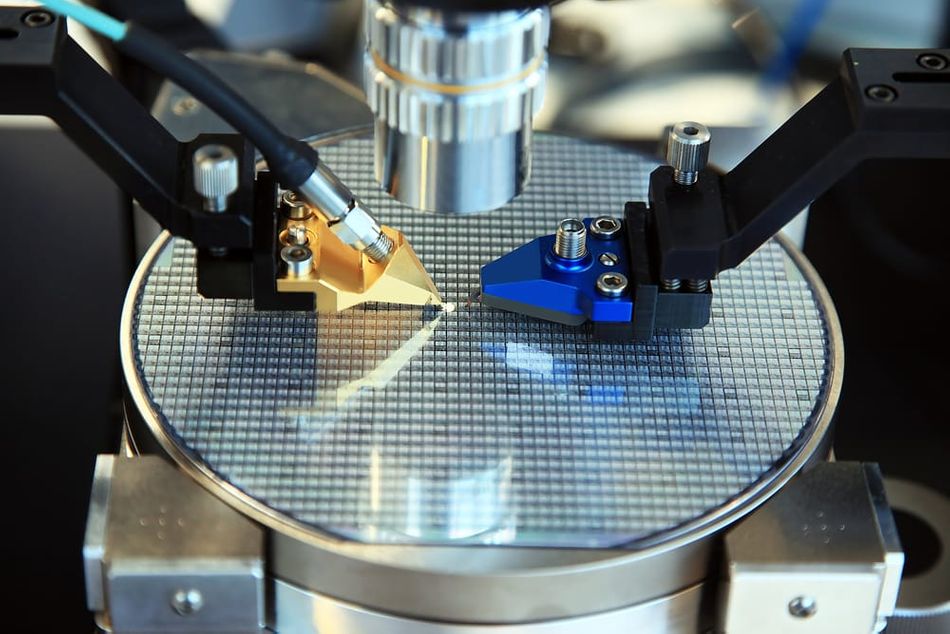 Manufacturing of a silicon wafer

Wafer thinning has recently gained a lot of attention for its importance in the assembly process in the manufacturing of electronic components. The wafer thinning process has three stages– coarse grinding, fine grinding, and stress relief by dry polishing or wet polishing. Silicon wafers have a range of diameter of 300mm to 25.4mm designed for different applications. However, to reduce cost and enhance the throughput, the fabrication labs use 300mm technology and there is a gradual increase in diameter to adopt 450mm.

Silicon wafers are used in high-performance radio frequency applications in which silicon in the sapphire process is used. Some of the insulating benefits of sapphire as a substrate are high electrostatic discharge tolerance, high linearity, and high isolation. Silicon on sapphire is also used for optical devices.

Silicon wafers are hard to manufacture because a 12-inch wafer is very hard to slice. To smoothen the edge and remove any damage, a diamond disk is used. Even though the complexity of manufacturing silicon wafers, due to their abundance, silicon still remains one of the common elements to be used in electronic device manufacturing.

Some of the key takeaways from the article are: