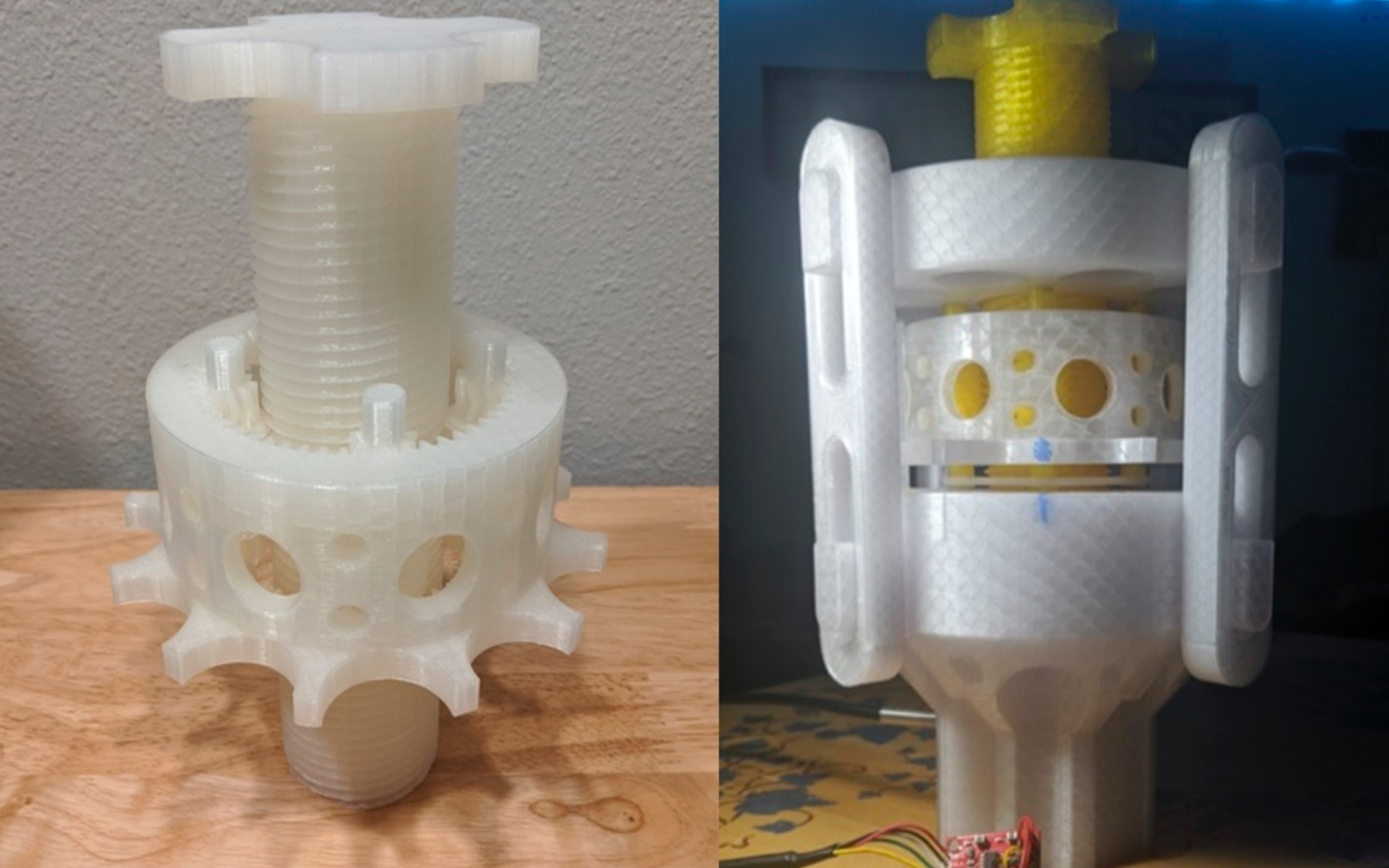 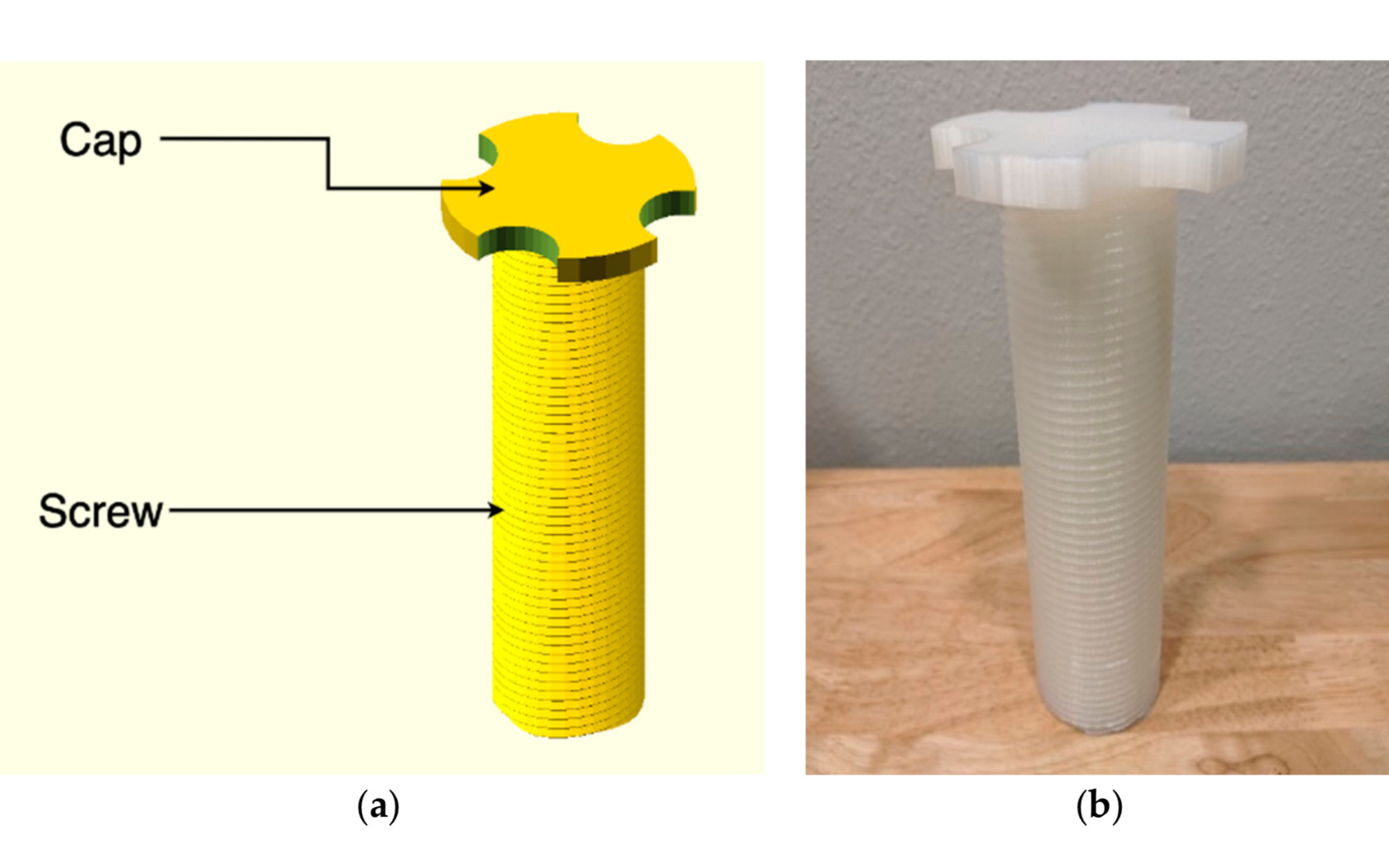 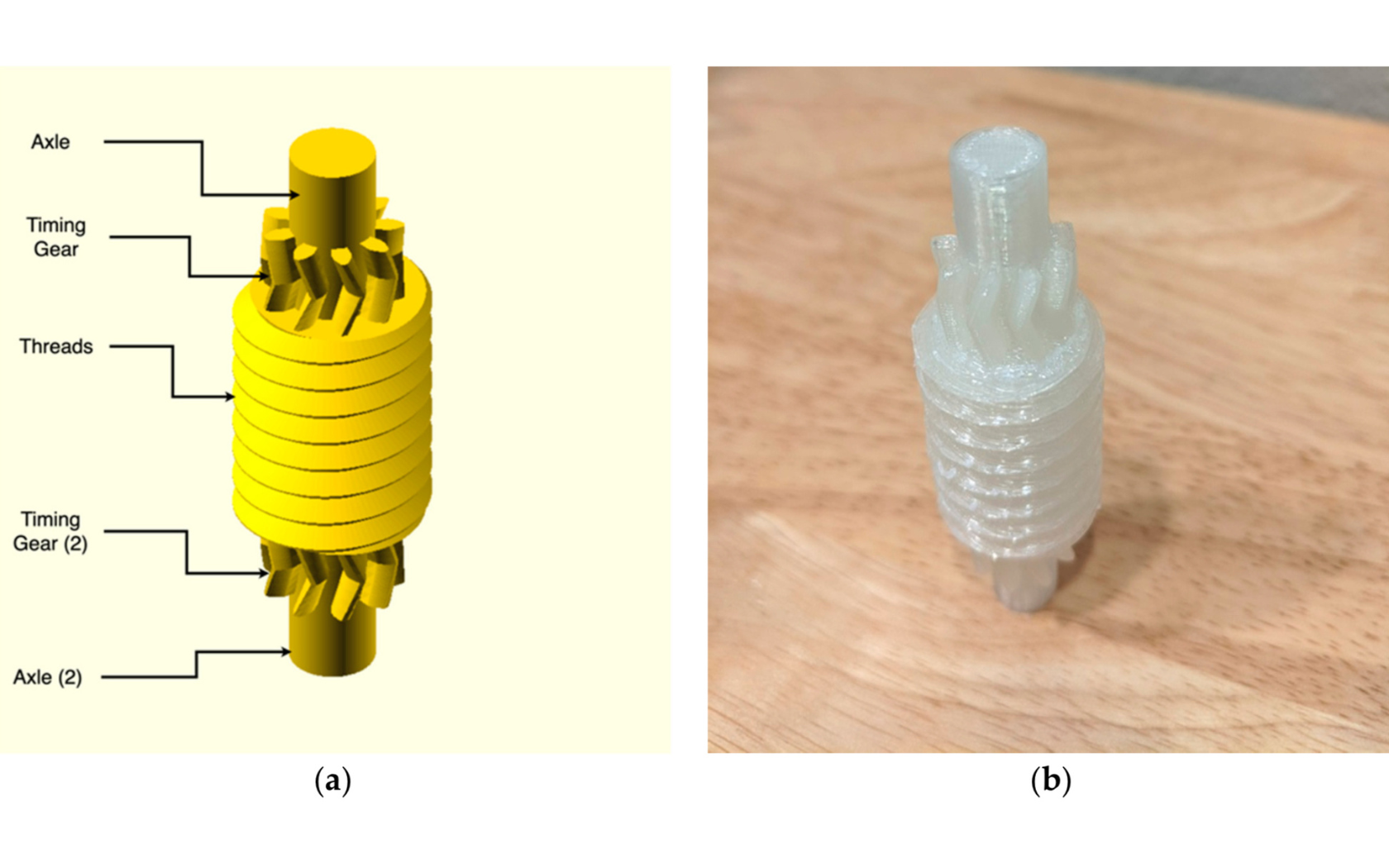 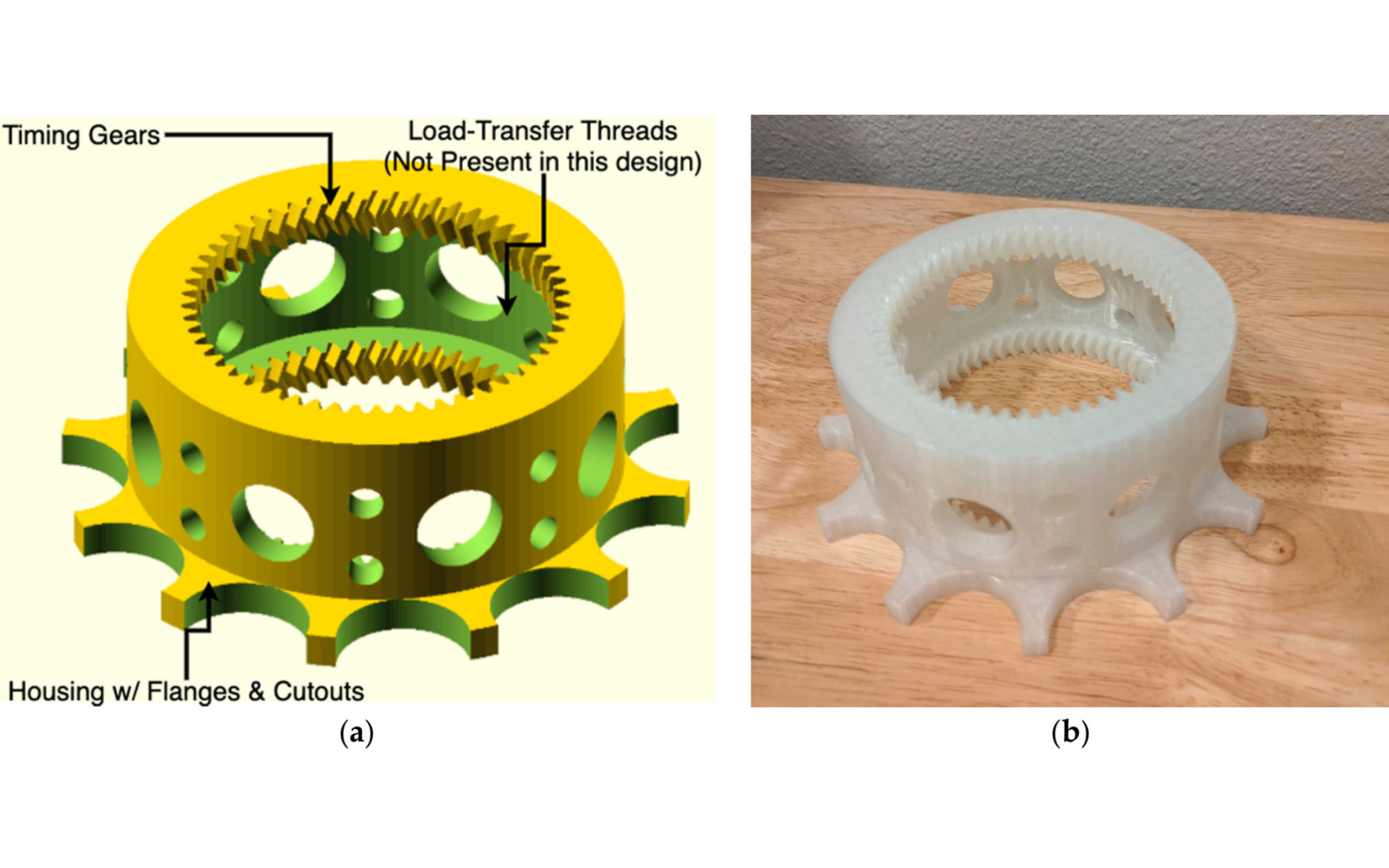 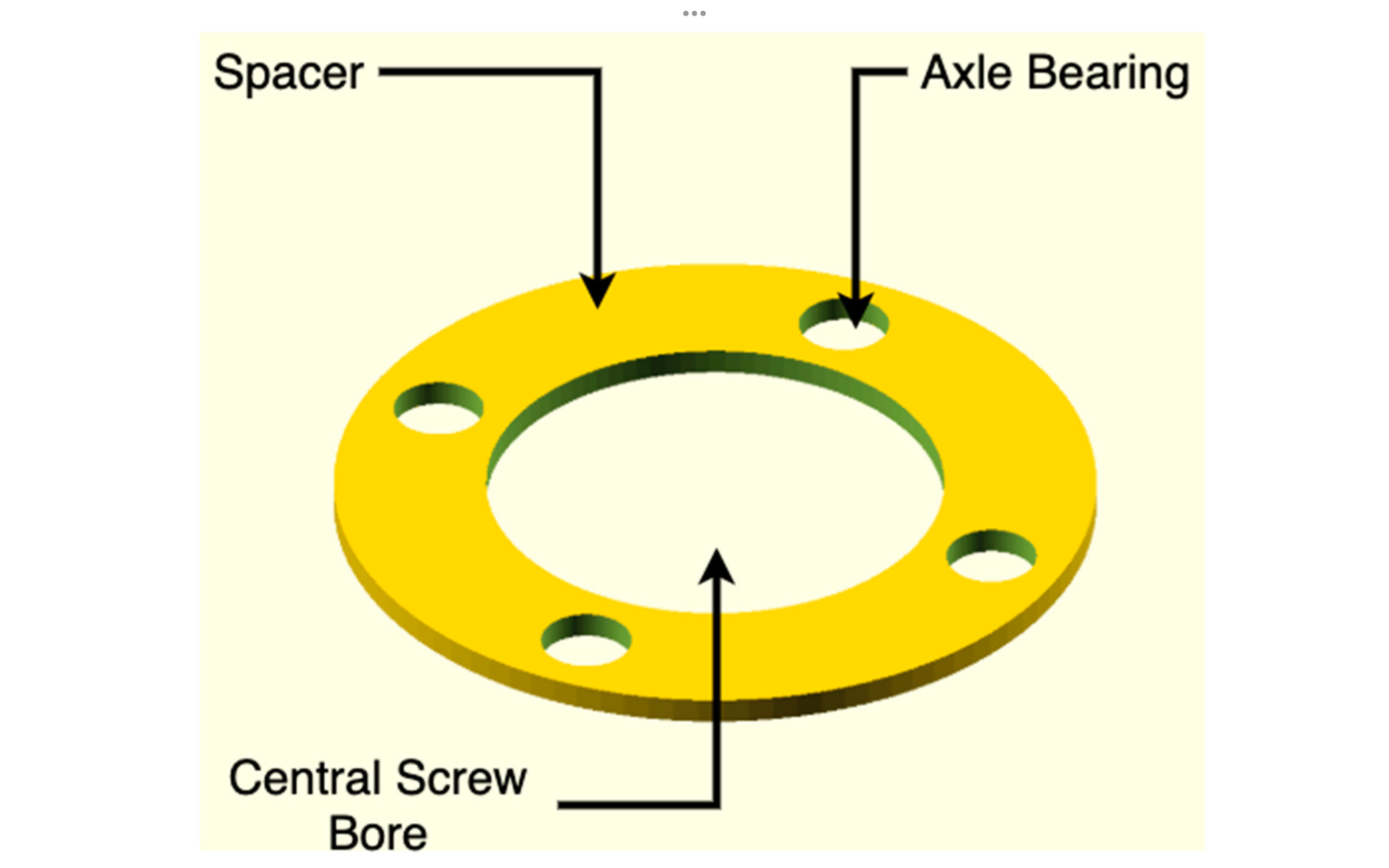 The application of 3D printing has reached its value in agriculture. It has allowed traditional farmers to have developed tools, easing their laborious task and improving the efficiency of the field. While becoming a prominent practice to rely on, the materialistic properties of 3D plastics cannot keep up with the mechanical demand needed for its agricultural applications. In screw presses, this is a pressing concern as 3D printing cannot replicate commercial designs with the same level of mechanical integrity. Even the option of using higher yield plastics prompts cost limitation using higher-end 3D printers.

The roller screw is a linear actuator designed for delivering large amounts of power, given its low-friction property, that can transfer huge torques at smaller packages. The outer nut has threading coupled to the rollers, delivering rotational power towards the central lead screw. The design resembles a planetary gear system forced out of screws instead of 2D gears.

Aside from the central screw and the outer nut, the device has four rollers and two spacers. Three top, bottom, and alternate top retainers also aid direct press testing. Other parts include slotted brackets, slot anchor, and load cell top and bottom plate screw, printed at 180 degrees about the device’s x-axis.

The roller, which transfers axial forces from the central screw to the nut, has a more complex design as it is critical in assembling the device. Playing a significant role in the design, the rollers must be robust while reducing the rolling friction to a minimum between the rollers and their interaction with the screw. A central section of threads is added together with top and bottom gears to ensure stability.

In the outer nut, the device oversees the shape and form of the housing via a carving method, which allows the outer nut to mirror its image into the external housing. The positive image contains timing gears and threads meshed with the rollers. Without these timing gears, the rollers can rotate out of sync, which can further cause binding among the threads. These threads must be maintained as it is responsible for transferring the load from the rollers towards the nut. AM methods allow the herringbone timing gears to carry the load, even without load-transfer threads. Along with such parts, the simple cylindrical housing with flanges contains cut-outs that carve along the entirety but can also be excluded when the need arises.

Aiding the operation are constructed simple spacers that maintain the necessary distance from roller to roller. Their function is to avoid the shifting of the rollers within the assembly. This role is achieved by designing a cylinder with a clearance bore in the middle which supports the central screw. The ring has holes that serve as bearings for the rollers, allowing them to shift at safe angular distances without losing the assemblical integrity.

Three functional parameters summarize the relationship among the elements of the planetary roller screw. These parameters include (a) the central screw lead, defined as the linear distances traveled by the screw in every rotation, (b) the number of central thread starts, and (c) the major diameter of the central screw. The availability of these parameters can define more functional variables, especially the gear ratio of the threaded units that ultimately define the actuator's performance during operation.

This intricate designing process allows the planetary roller screw to maintain a constant load, maintaining a 160 lbf load against S-type sensors. There is also a noticeable increase in the load per rotation as it can carry weights up to 85.73kg. The average maximum force tallied also reached 403.5N during the direct press performance.