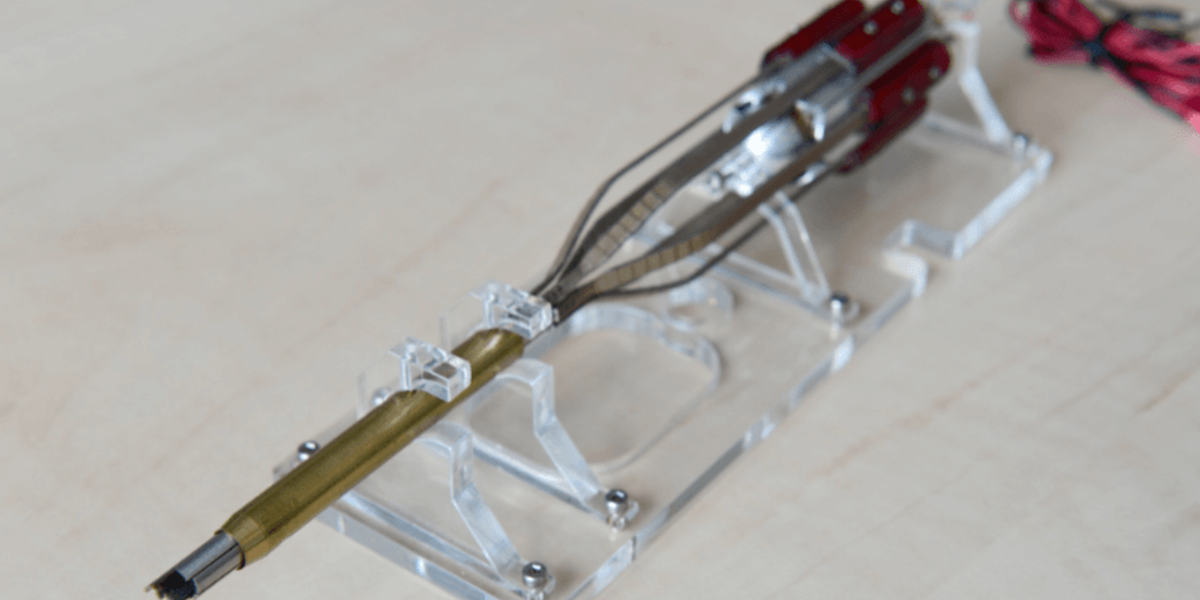 At the Delft University of Technology, a series of “self-propelling” needles have been developed for downsizing the diameter of tissue transportation systems.

Minimally invasive surgery (MIS) has been progressing over the last few decades as a widely used technique to operate on a patient with less damage and pain to the body along with shorter hospital stays and fewer complications. There are several procedures for the extraction of tissues in the human body such as aspiration-based devices, flexible graspers, and stent-retrievers. Currently, aspiration-based devices are widely considered the “golden standard” because of the use of a pressure differential for tissue transportation that facilitates fast extraction and prevents debris from pilling up. Research into the miniaturization of MIS techniques for remote locations in the body and aspiration-based devices falls short due to the inability to create high-pressure differentials in long tubes.

The reduction in the diameter of the tissue transportation system has been a necessity in recent times. According to an analysis, in a study of [1], the reason why the clots could not be aspirated is the combination of insufficient pressure differential, the large size of the clots, and the clot composition. Another problem associated with aspiration-based devices is that clogging and tissue lumps that are aspirated in the tube can be damaged. The goal of the study from the team affiliated with the Department of Biomechanical Engineering at the Delft University of Technology, was to devise a bio-inspired transportation system based on the egg-laying structure of some species of parasitic wasps [2].

In the research paper titled, “Development of a Novel Wasp-Inspired Friction-Based Tissue Transportation Device,” the team proposed a patented transportation mechanism based on the egg-laying needle, also called an ovipositor. Generally, the purpose of the ovipositor is the deposition of eggs in a host to provide the wasp’s progeny with nutrition during the early stages of the development. The developed technique consists of an outer tube with six reciprocating semi-cylindrical blades while the tissue is transported using a friction differential between the blades. These six blades are similar to the valves of the wasp that are held together with the outer tube. 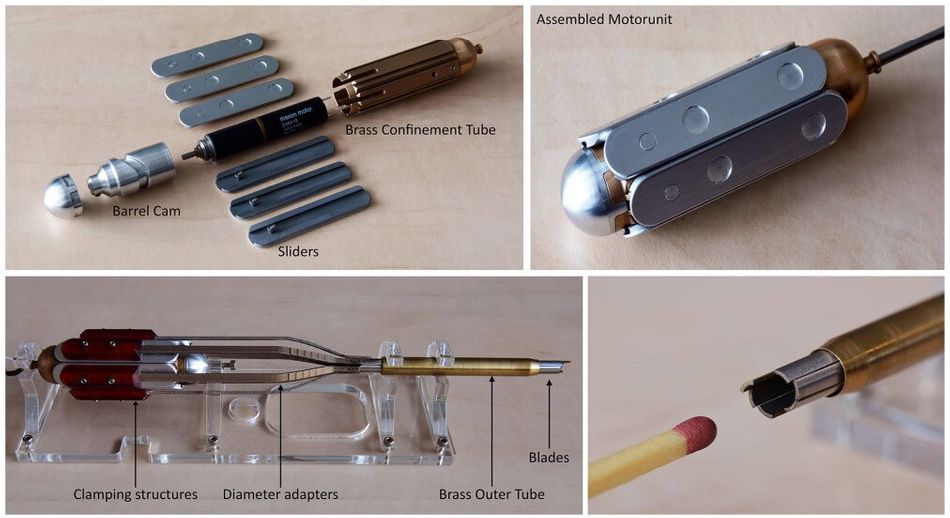 “The wasp’s ovipositor is so thin that it can’t actually fit any muscles within it, allowing us to develop an ultrathin effective extraction device,” as we explained in the research paper. “Inside this delicate organ is a series of tiny valves that join together with a tongue-and-groove mechanism, similar to how puzzle pieces fit together. The valves can slide independently of each other to create friction forces that facilitate the movement of the ovipositor itself and the egg inside the egg canal.”

For tissue transport, the blades use an electromotor with each blade controlled and moved in the axial direction. Once the tissue enters the “self-propelling” needle, extraction will begin by axially translating the blades in a consecutive manner. The motion sequences were developed in two phases– in 1-5 motion sequences, one blade moves forward while others move backward, and in 2-4 motion sequences, four blades move backward and two blades forward. This process results in 5x higher friction in the direction of retreating blades.

As part of the experiment, the team evaluated the prototype using different samples of different elasticities and heterogeneities. The experiment was performed to investigate the effects of tissue elasticity, tissue heterogeneity, and the motion sequence on the tissue transportation rate. The experiments also helped in figuring out several solutions to the problems such as increasing the transportation rate and minimizing the dependency on tissue elasticity. The solution is to increase the rotational velocity of the electromotor, which can be increased by removing the gearbox from the actuator. 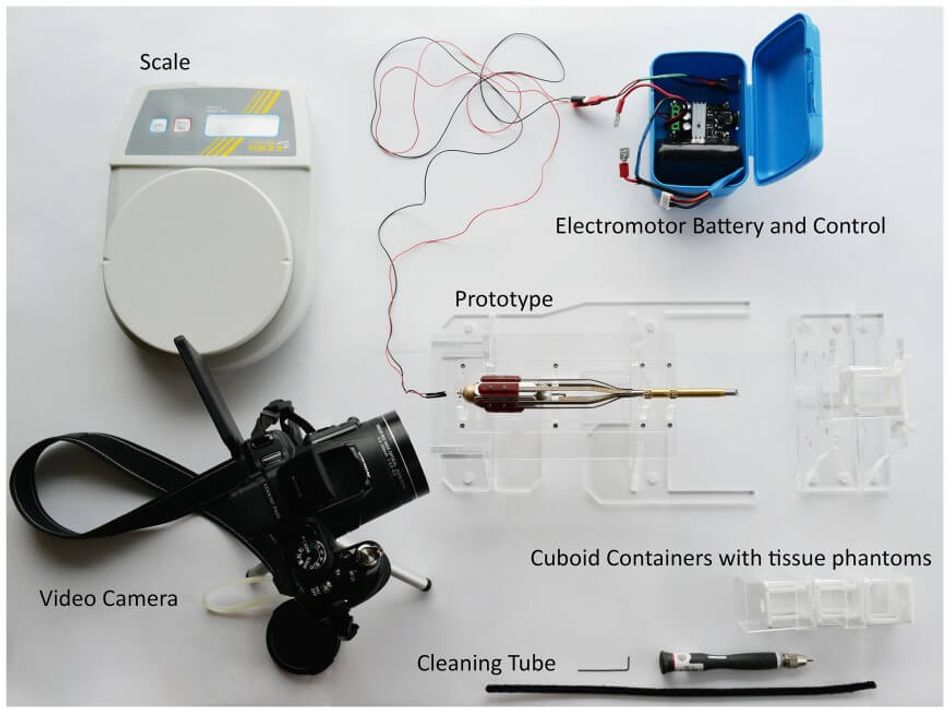 “In order to incorporate the proposed prototype into a future medical instrument, there are some key improvements which warrant further investigation,” our team notes. “The prototype design and manufacturing processes need to be optimized in the near future.”

The team confirmed that the proposed method of extraction does not depend on the length effects such as pressure loss associated with the suction. The device aims to allow tissue and object removal from remote locations in the human body while reducing trauma from surgery and recovery time in patients. “The prototype has shown that the friction-based transportation principle has the potential to become a viable and reliable alternative to aspiration as a transportation method within MIS,” the team concludes.

The research was published in Frontiers in Bioengineering and Biotechnology under open-access terms. Two videos of the bio-inspired wasp-ovipositor tissue transport device are available for public viewing.

I am an assistant professor, working at Delft University of Technology. I am passionate about how to translate clever mechanisms from nature into innovative medical devices.

University Technology Exposure Program 2022 invited student researchers to submit articles on their innovative projects and ideas. It’s time to announce the winner of the event who wins a prize of $5,000.