Thermal imaging cameras and non-contact infrared (IR) thermometers are both used for non-contact temperature measurements in a wide variety of applications. Both tools work according to the same principle: they detect infrared radiation and translate it into a temperature reading. Thermal cameras however, have several advantages compared to IR thermometers.

An IR thermometer, also known as a spot pyrometer or a temp gun, gives you a single number—the temperature measurement of a single spot on your target. A thermal imaging camera gives you temperature readings for each pixel of the entire thermal image, and allows you to visualize an entire scene in thermal. Thermal cameras can also resolve temperatures from a longer distance, allowing the user to quickly inspect large areas. 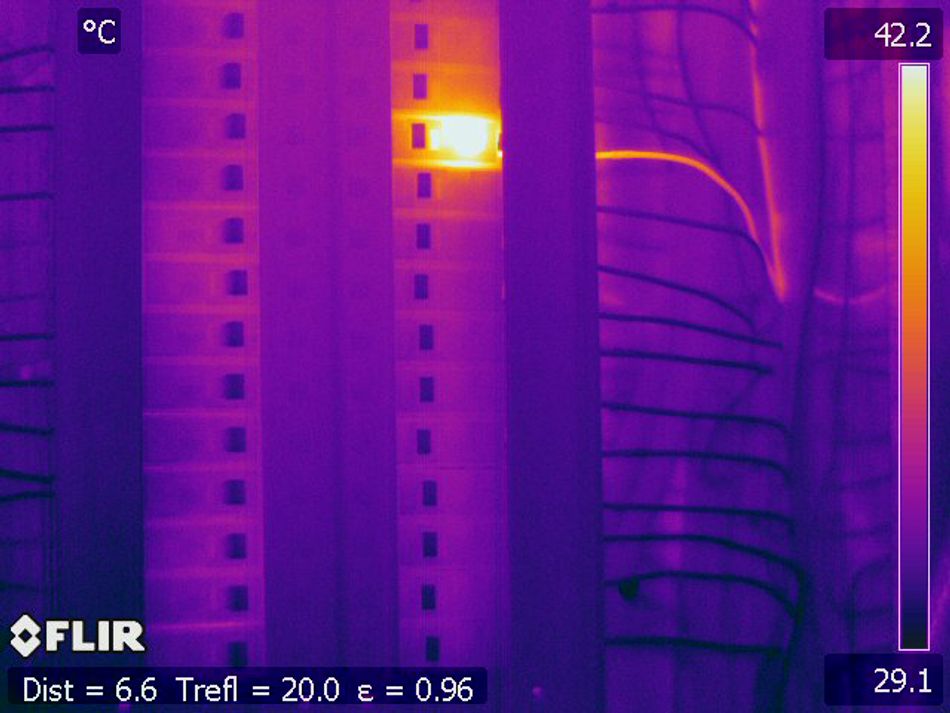 A thermal imaging camera can quickly identify hotspots in an image.

Because it works according to the same physical principle as a thermal camera, a IR thermometer can be seen as a thermal camera with only one pixel. While useful for many tasks, because it only measures the temperature of one single spot the operator can easily miss crucial information. 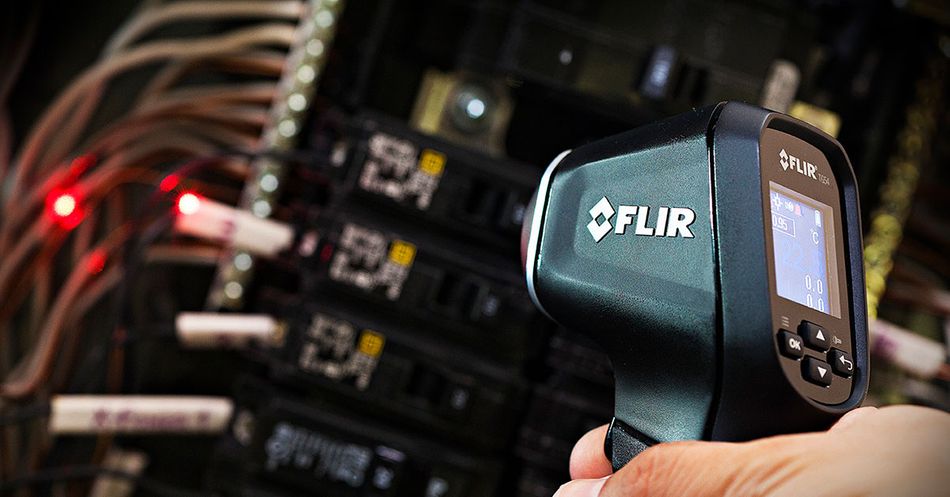 An IR thermometer can only measure one spot at a time, meaning it might take longer to find a hotspot or other fault.

Measuring Temperatures from a Distance

Most thermal cameras have a much larger D:S ratio than IR thermometers. The average IR thermometer, for instance, might be able to measure a 1 cm target at a distance of between 10 to 50 cm. Most thermal imaging cameras can accurately measure the temperature of a target of this size (1 cm) from several meters away.

(Note: while the D:S ratio is usually listed as one of the specs for IR thermometers, calculating the D:S ratio for thermal cameras takes a bit more legwork—check out our article Understanding Distance:Size Ratio to find out how we came to this number.) 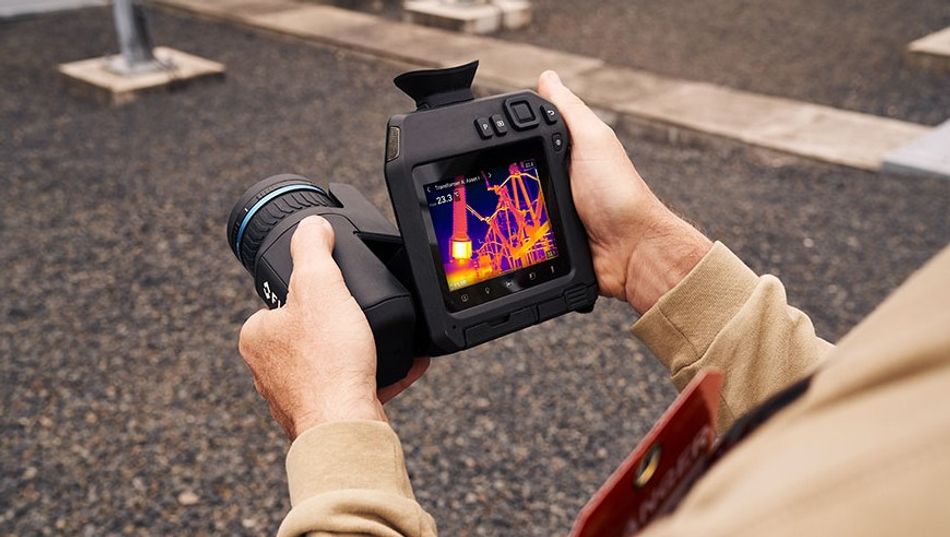 Thermal cameras like the FLIR T865 are capable of accurately measuring temperature from long distances.

Measuring Thousands of Spot Temperatures at the Same Time

Even if a hotspot is too small or far away to be accurately measured, a thermal camera may still be able to detect it when scanning over an area, giving the operator a chance to move closer and get a more accurate reading. IR thermometers, on the other hand, generally require you to already know where you expect the hot spot or area of interest to be before you try to measure it.

Scanning large areas with many components using a IR thermometer is a time consuming task, because you have to scan every component separately. A thermal imaging camera can spot even tiny issues much more quickly.

Tools like certain cameras in the FLIR TG-Series combine the convenient form-factor of a traditional IR thermometer with a thermal imaging camera to help spot faults quickly.

IR thermometers are also limited in their ability to measure temperature on small objects. This capability is increasingly important for electronics inspection. As our devices continue to fit faster processing speeds into even smaller packages, finding ways to dissipate the heat and identify hotspots is increasingly challenging.

An IR thermometer can effectively detect and measure temperature, but its spot size may be too large for measuring extremely small components. However, thermal cameras with close-up optics can focus down to less than 5μm (micrometers) per pixel spot size. This allows engineers and technicians to make measurements on a very small scale. 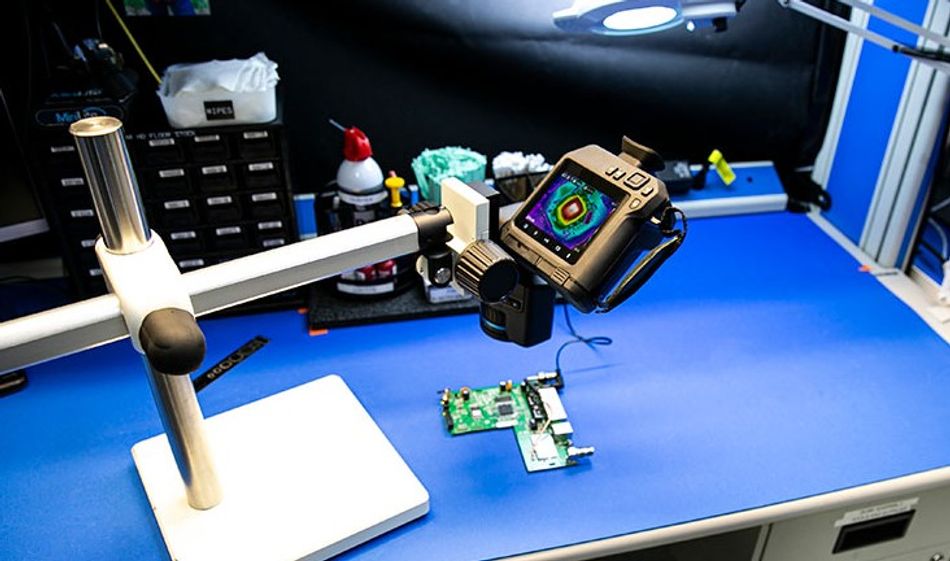 A IR thermometer is a great, affordable tool for many applications, especially those at close range when you have a good idea of where exactly you need to measure. However, for distance applications or for scanning a large area quickly, a thermal camera is usually the better tool for the job. Learn more about FLIR IR Thermometers and FLIR thermal handheld solutions.

How to Automatically Track Occupancy to Meet Social Distancing Guidelines

As many commercial spaces begin to reopen, the need to find effective and practical ways to maintain social distancing inside retail outlets and other capacity-limited spaces is growing.

Gas leaks at refined oil and/or petrochemical facilities can lead to severe crisis, causing huge financial losses and even leading to casualties. Thorough prevention and inspection, along with immediate remedial measures upon leak detection, are essential.