Stereolithography (SLA), Digital Light Processing (DLP), and Liquid Crystal Display (LCD) are 3 different types of 3D resin printing. In these vat polymerization methods, light sources are used to cure liquid resin, layer-by-layer, to form a desired 3D model. Although SLA, DLP, and LCD all use a light source, a build platform, and a vat of resin, each process uses a different type of light source. 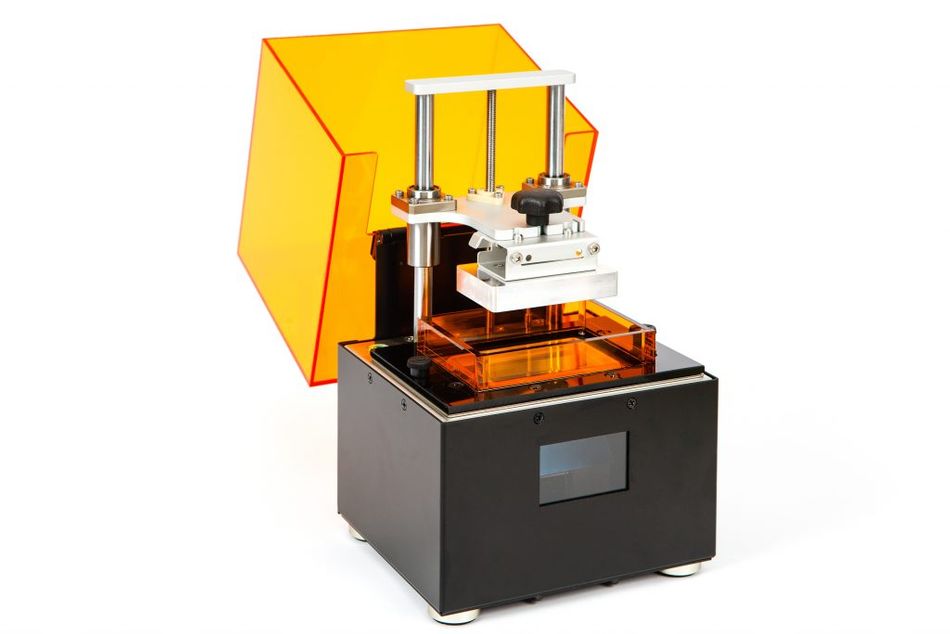 SLA, the original form of 3D printing, was patented in 1986. In this technique, galvo mirrors focus an ultraviolet (UV) laser that solidifies the cross-section of each layer, point-by-point. In general, SLA printing may be top-down, as is used in some industrial applications, or bottom-up, as is used for desktop printers.

In top-down SLA printing, the laser source is positioned above the vat of resin. The build platform begins at a predetermined layer height under the top surface of the liquid resin. After solidifying a layer, the build platform drops by a specified layer height, typically between 25-100 microns, to solidify the next layer and merge it with the previous. This process repeats until the model is complete, at which point it rises from the vat. Unlike other 3D printing methods, curing continues after completion. Extra exposure to UV light is generally needed to fully cure the resin and improve the model’s hardness and temperature resistance.

In bottom-up SLA printing, the light source is positioned under the vat and the model is formed upside down. The build platform begins at a predetermined layer height above the tank’s bottom surface, which is transparent to allow light to penetrate the liquid resin. After each layer is solidified, the build platform rises, removing the cured resin from the bottom of the tank in a process called “peeling.” Forces applied to the model during peeling are the main cause of print failures in bottom-up SLA printing. 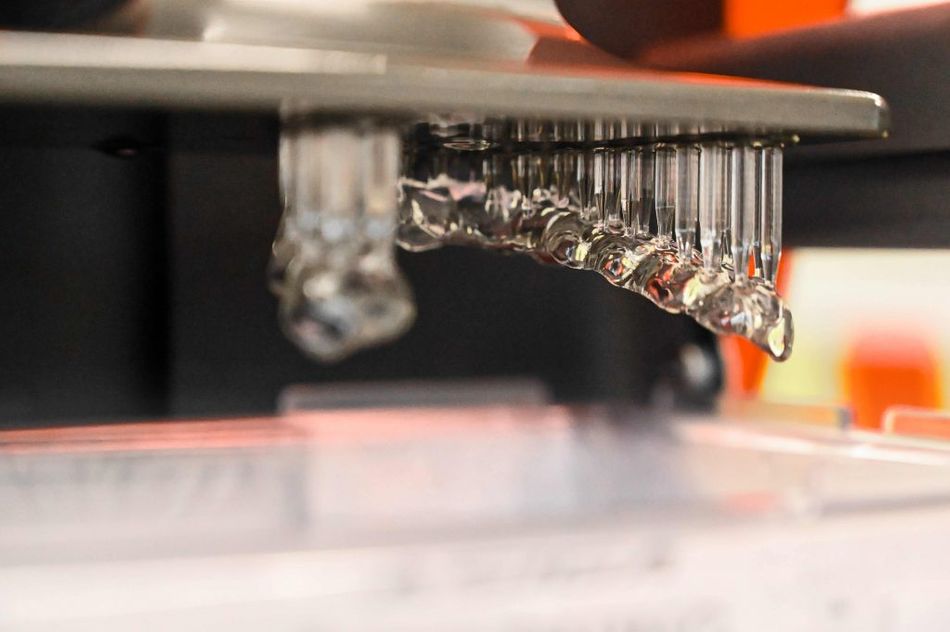 DLP is similar to bottom-up SLA printing in that the light source is positioned below the vat of resin. However, instead of a using a UV laser, DLP uses a projector screen to flash a pixelated 2D image of the layer onto the tank bottom. This allows for faster processing times. The disadvantage of DLP is the restriction of build accuracy, which is determined by pixel size.

LCD is similar to DLP in that it also uses a pixelated 2D image. You may recognise the term LCD from computer monitors and other display devices. In LCD printing, an array of UV LCDs shine the entire layer image directly onto the tank bottom to cure the liquid resin. As no mirrors are used to project each layer image, there is no distortion of the light. This means that the quality of LCD printing is determined by the LCD density. LCD generally uses cheaper components than both SLA and DLP, which is often a good introduction to resin printing for the first-time owner. 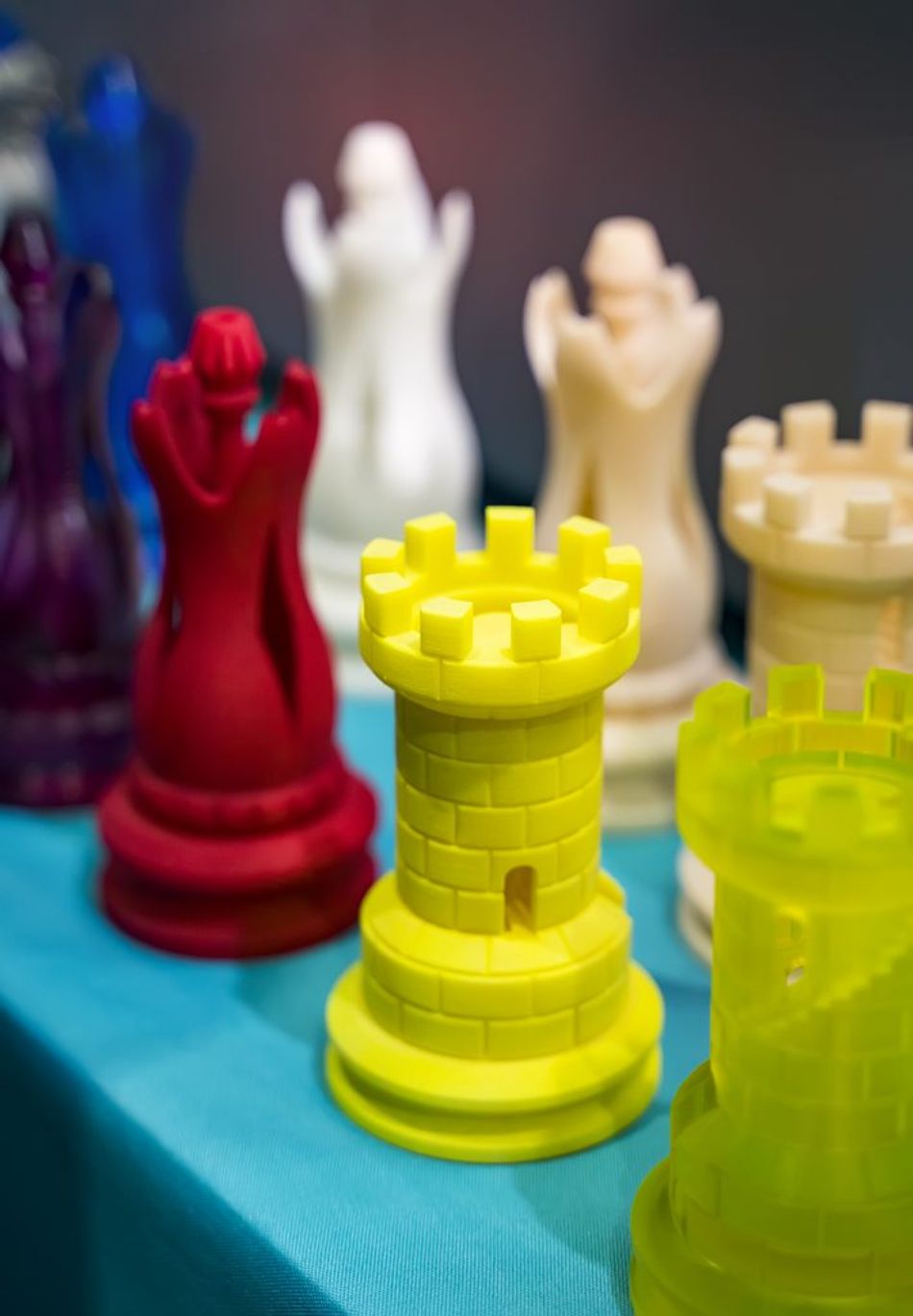 With 3D resin printing, high levels of accuracy can be achieved with smooth surfaces. As the UV curing method tends to leave models brittle, most resin printing is better suited for non-functional parts and visual models. But, as material science continues to develop, functional resin printed parts are now becoming a reality. Visit the 3D printing comparison page for more information about the ideal 3D printing method for your next project.