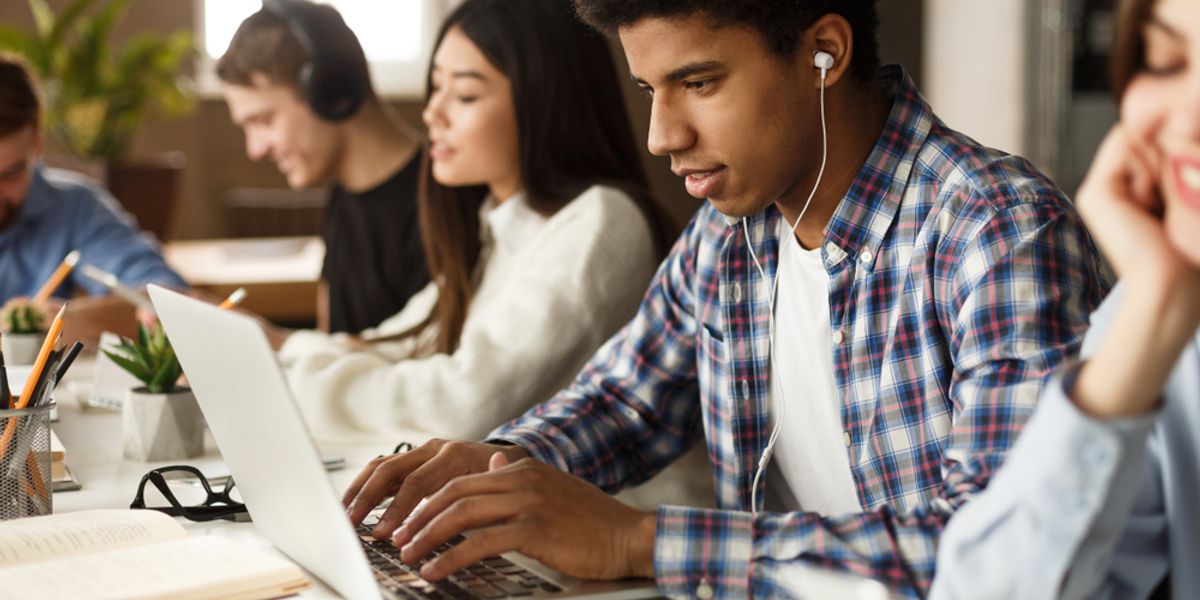 Article #5 of Next-Gen Wi-Fi Applications and Solutions Series: Wi-Fi is one of the most widely used technologies today. The next-generation Wi-Fi 6E could make it easier for multiple people in a household to hold higher quality work video calls or for a teacher to better engage with more students through distance learning.

This is the fifth article in a 6-part series featuring articles on Next-Gen Wi-Fi Applications and Solutions. The series focuses on the improvements Wi-Fi 6/6E and its applications bring to enhance the performance of the next-gen wireless networking devices. This series is sponsored by Mouser Electronics. Through the sponsorship, Mouser Electronics shares its passion for technologies that enable smarter and connected applications.

Throughout the article, we’ll be sharing excerpts from an interview with Cees Links, General Manager of the Low Power Wireless Business Unit at Qorvo and one of the leading pioneers of Wi-Fi. He was responsible for the world’s first wireless LAN products in the 1990s and continues to work on the latest Wi-Fi products with Qorvo.

Wi-Fi is undoubtedly taken for granted. Most of us are connected to the internet almost all the time. Connecting to the internet in the past required AOL’s dial-up connection - now users are constantly connected through home Wi-Fi or our individual phone data plan. CNBC, a recognized leader in business news and real-time financial market coverage, reported that over 70 percent of web surfers will use the internet solely on their phones by 2025.[1]

Wi-Fi is one of the most widely used technologies today. Open Wi-Fi networks are found in coffee shops, boutiques, sporting events, and even some grocery stores. Wi-Fi has only increased in use and value as more and more people work and learn from home. Adopting the latest generation Wi-Fi 6E (802.11ax) will make it easier for many people in a household, campus, or office to hold higher quality work video calls or get better engagement with larger class sizes via distance learning.

Wi-Fi 6/6E still does the same things Wi-Fi has always done: connect you to your latest cute cat videos, stream your favorite Netflix shows, or upload your TikTok. However, additional technology will be working in the background to make things happen more efficiently, speeding up connections along the way.

These changes aren’t noticed immediately but as devices adapt to the new threshold over time. Wi-Fi 6/6E could be as fast as 9.6 Gbps, about 3.5 Gbps faster than the previous generation - although it’s unlikely that this maximum speed limit will be reached any soon, this big jump could mean faster internet across several devices.

Cees Links explains that until recently, Wi-Fi 4 and Wi-Fi 5 routers had separate 2.4 GHz and 5 GHz networks with their own SSIDs requiring individual network IDs to be set up. If the Wi-Fi signal was not strong enough throughout a home or an office, an additional repeater was required to be added to the network.

Cees says, “So your whole home network has become a bit of a mission to set up. You have to change network IDs quite regularly, depending on where you want them to have coverage.”

Some providers have implemented proprietary fixes for this so that it would be possible to cover all the different network IDs under a single network ID; however, this requires buying all networking devices from the same supplier. With Wi-Fi 6/6E, this concept has been standardized across different vendors. All the different networks can be automatically integrated into one network. Having more than one repeater does not mean each network ID has to be set up and remembered. Because they’ll be part of the same network infrastructure, one can roam over different frequencies with products from different suppliers on one Wi-Fi network.

“Eventually, with Wi-Fi 6, besides the increase in data rates, there are all kinds of engineering and technology prowess at work,” Cees says.“And if you ask me what the big difference with Wi-Fi 6 is going to be, I think it’s going to be extremely handy. You can buy a new pod for another room. And I thought with the cost, you can call the repeater, you can call a satellite station, you can call whatever you want, but it's just the same network and once you want to have it installed, it's part of your network as your coverage without having another network ID. You don't have another password to keep in mind. You don't have to change Netflix. So that convenience, I think, is the major, major difference with Wi-Fi 6.”

Wi-Fi 6/6E as the backbone for all indoor connectivity

Wi-Fi empowers smart homes, but not all routers and modems are created equal. Without updating all equipment, home Wi-Fi networks could struggle to keep up with the data strain.

A relatively new technology known as mesh Wi-Fi is expanding the reach of wireless connectivity throughout homes and offices. Mesh systems boost the Wi-Fi signals with the help of a series of satellite modules or nodes placed all around. The nodes are convenient to set up because they share the same SSID.

“Let’s say one (hot) spot per room for all your large rooms, and each spot in every room has a Wi-Fi mesh connection. Maybe we will find out soon how Wi-Fi mesh will become the backbone of indoor connectivity”, Cees says.

With several nodes throughout your home, it would be easy to have a strong, consistent, speedy Wi-Fi signal, enough for all the smart home appliances.

Complementing telecommunication with Wi-Fi and Bluetooth

Bluetooth® mesh is another new mesh system used in smart home applications. It allows for many-to-many device communications over Bluetooth radio. One advantage is that a Bluetooth mesh system would consume less energy than a Wi-Fi mesh. It passes the signal along through peers in range, creating something similar to a high-tech version of the game telephone.

Talking about the next generation of technology standards for cellular networks, Cees says, “It will really make library networking even more pervasive and comprehensive; it will build upon certain features that will improve the data rate and latency”.

The main advantage is that the new networks will have greater bandwidth, allowing for faster download speeds, up to 10 Gbps. It is able to provide this wide service by operating on three different frequency bands, each requiring a different antenna. Each antenna will compare download speed vs. distance and service area to connect to the highest speed within that area. With these faster speeds, it is expected that this network could be used as general ISPs where cable internet is not available.

China and Korea are leading the way in implementing 5G infrastructure. “They are really charging ahead on 5G as a sort of protection for their smartphones, and the United States and Europe are catching up very rapidly,” Cees says.

China sees 5G as a vital next step in their wireless technology on the global stage, representing the largest 5G network in the world. A new smart city being built south of Beijing will use 5G for smart infrastructure and connected cars.

This big jump in the 5G speed complements the speed that will be provided with Wi-Fi 6/6E home and office networks. It could be an uninterrupted day of wireless access between Wi-Fi 6/6E at homes and offices and 5G outside. We would notice a large discrepancy if we could not have similar speeds in and out of the home.

The next few years will be exciting as connectivity increases in availability and speed. Our devices are becoming smarter and more efficient. Think of a fully automated house, a smart city with connected cars, an augmented reality classroom, etc. All this wouldn’t be possible without solid communication infrastructure and multi-gigabit speeds.

This article was initially published by Mouser and Qorvo in an e-magazine. It has been substantially edited by the Wevolver team and Electrical Engineer Ravi Y Rao. It's the fifth article from the Next-Gen Wi-Fi Applications and Solutions Series. Future articles will introduce readers to some more interesting applications of the technology in various industries.

1. Lucy Handley, ‘Nearly three quarters of the world will use just their smartphones to access the internet by 2025’, CNBC, [Online], Available from: https://www.cnbc.com/2019/01/24/smartphones-72percent-of-people-will-use-only-mobile-for-internet-by-2025.html

Ravi is a backend engineer at the world's largest IT services company where he works one-on-one with solution architects and clients on a massive digital transformation project. Ravi has studied electrical engineering at a public university in India where he ranked among the top 0.32% of 18,000+ en...

What are Vias in Pad? Advantages, Limitations, Applications, and Comparison...