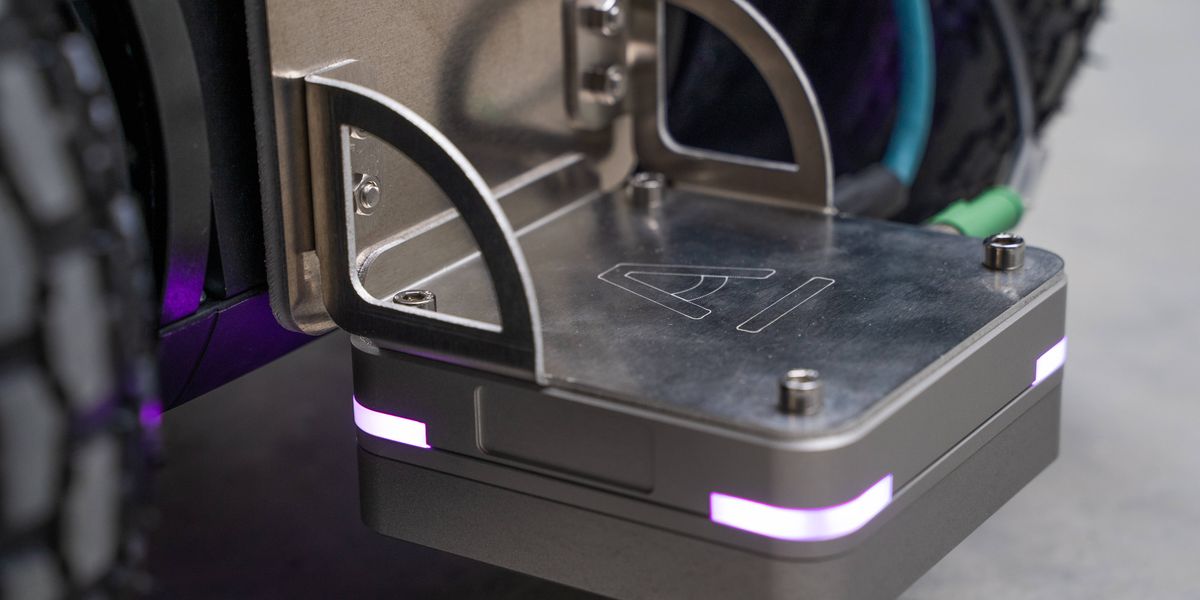 Automation is one of the cornerstones of warehousing in Industry 4.0, but it will require a combination of technology working in concert to make it a success.

This is the first of a 2-part series about the automation of warehousing. Read article two here.

The need for warehousing has increased during and after the pandemic as consumer habits switched from physical stores to online. The market broke records in 2021, with a 29% increase in new occupancies in the six leading European countries[1].

Growth has also been accelerated by labor and pandemic issues impacting on China[2], as well as pressures on the global supply chain. This has forced many companies to relocate their warehousing operations closer to home.

According to Savills, investment in European logistics last year rose to 38.64 billion euros. the highest on record since 2013[3].

But despite this increase, hiring and retaining staff continues to prove a challenge. In the US, employment levels across distribution centers were at an all-time high last year and wages had risen, yet many companies were still struggling to attracting and retaining warehouse staff[4].

In the UK, access to staff for logistics and warehousing has also been hugely impacted by Brexit. In a typical warehouse, one in five workers had been from the EU, meaning a potential reduction in workforce of 20% once curbs were placed on free movement. This has had a knock-on impact on wages, with pay increases of up to 30% being offered to tempt new staff[5].

With the demand for warehousing surging but staffing proving a real challenge, there is a real need for new processes with automation at their core.

The need for automation is already understood by industry, with $10 billion spent on it globally[6]. Example of it in action include DHL, which has rolled out 1,000 Locus Robotics autonomous mobile robots (AMRs) and will deploy up to 2,000 robots by this year. German toy retailer Rofu Kinderland has also built a new warehouse which includes 57 robots retrieving 3,500 different products from more than 28,000 bins[7].

Technology utilized across the industry includes much which is already tried and trusted, with 65% of investment due to go into sorting systems and conveyors in the next three years, while 56% will adopt shuttle systems[8].

The use of more advanced automation such as AMRs and automated guided vehicles (AGVs) will continue to increase too. Mobile robots were deployed in just over 9,000 separate logistics sites in 2020 but by 2025 this is expected to have increased to over 53,000[9]. They can perform tasks such as picking orders and replenishment.

Like robots, AGVs can also perform many of the functions of human staff. Such as stacking pallets and towing parts to assembly areas. That market is also continuing to expand, having been valued at USD 3.81 billion in 2021 it is expected to expand at a CAGR of 10.2% from this year to 2030[10].

As a result of automation, modern warehouses are becoming more and more complex and the space inside them needs to be utilized as efficiently as possible in order to maximize efficiency and keep costs down. 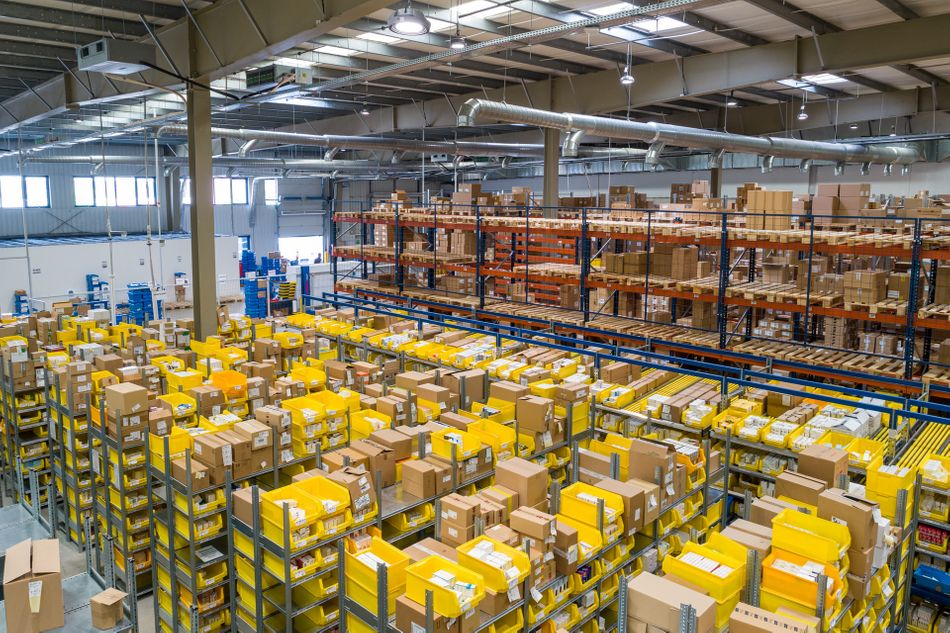 AMRs and AGVs often use tech such as laser guidance and LiDAR to navigate around warehouses. To do so, a company will use Simultaneous Localization and Mapping – or SLAM – a method used to create a map of an environment while localizing a moving mobile robot in that same environment at the same time. Companies looking to introduce automation often use LiDAR SLAM to create a map for their mobile robots and fleets. They do this to ensure a bounded global accuracy while mapping the floor in a large operational area.

But there’s a problem.

LiDAR SLAM often does not work reliably in highly dynamic areas such as warehouse environments, where pallets are replaced constantly and the layout of the warehouse changes frequently. LiDAR SLAM also works poorly in narrow aisles or open and wide spaces.

With laser navigation, free navigation is often not possible. It is difficult and time-consuming to change routes, especially in the wide-open spaces of a warehouse.

Block stacking - where high stacks and aisles of pallets are placed on a fixed, narrow grid – can also pose a technical challenge. Many warehouse companies put magnets or RFID tags on the floor and use a laser scanner for placement. But this infrastructure comes at a high cost, and accuracy is limited because of the narrow aisles.

This is where technology such as Accerion’s Triton system offers the solution. It enables free navigation in modern warehouse environments which have dynamic, changing layouts. Because of the way the technology works, the floor itself is the map and it can detect live changes - so the challenge posed by dynamic changes are not a problem. Whether aisles are narrow, or the spaces are wide, the technology can handle the challenge. 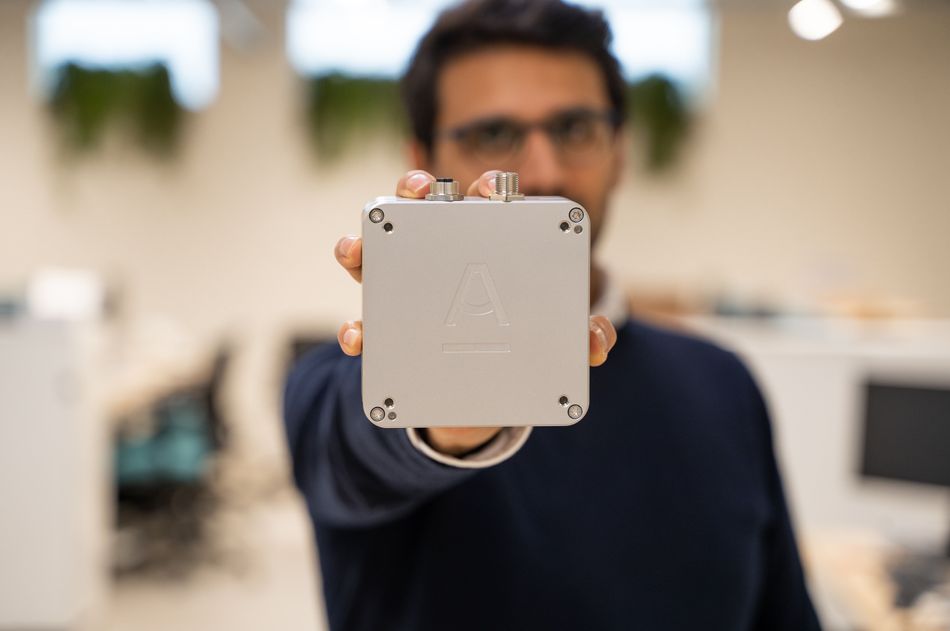 The technology in action

So, what would introducing this technology look like for a warehousing company?

Let us say the Covid pandemic has led to a surge in demand for a product which the firm can no longer keep up with by relying on its traditional warehouse practices. The company wants to improve the automation of much of its operations and decides to introduce AMRs and AGVs.

They approach manufacturers of AMRs and AGVs and use a LiDAR SLAM – but they find there is a problem.

In a highly dynamic location such as marshaling areas and inbound/outbound stacking areas, lines of sight can be blocked. This interferes with the LiDAR SLAM and prevents the automated technology from working effectively.

So instead, the company turns to a solution like Accerion.

By scanning the existing warehouse or factory floor the system provides sub-millimeter accuracy without the need for infrastructure, even in dynamic environments.

Its optical devices integrate with mobile robots, scanning the floor and using its imperfections as a map. There is no added infrastructure such as QR codes, magnets, or tape. The Accerion technology simply guides the robots precisely in the warehouse on both simple and complex routes.

Benefits of the new approach

This type of tech is particularly useful in narrow aisles, which are adopted to optimize warehouse space. When goods are stacked in very narrow aisles, they limit forklift movement. But Accerion’s positioning sensors can be programmed using line-following technology to stay on a virtual line with constant resets to control drift. This means forklifts and other mobile robots follow a precise path without drifting or bumping into stationary objects.

Looking to the future

The evolution of e-commerce meant the requirement for warehousing was already on the rise, but the pandemic has accelerated that need for expansion still further. The drive for further efficiency coupled with the challenge of hiring and retaining staff has meant companies will increasingly turn to automation.

But the challenges posed by highly dynamic environments such as warehousing can pose problems for the technology, particularly as it relates to mapping.

By combing tech which uses the warehouse’s own floors as a map with AMRs and AGVs, a company can revolutionize its processes quicker and easier than having to redesign its whole operation from scratch. This helps ensure it can increase efficiency so it can retain its competitive edge well into the future.

Accerion has developed a breakthrough, patent-pending positioning technology which can be integrated into automated vehicles and mobile robots. Our module uniquely enables automated vehicles to navigate in dynamic environments, both indoors and outdoors, without requiring infrastructure outside the vehicle or robot.

We provide a positioning module as a single system for integration in new and existing equipment. This module enables manufacturers of robots and automatic vehicles to create new flexible and cost-effective logistics solutions. These solutions will drive automation and efficiency in warehousing, manufacturing, and many other industries.

Pharma 4.0 is the trademark of an initiative launched by the International Society for Pharmaceutical Engineering (ISPE). The aim is to bring the pharmaceutical industry more fully in line with the concept of the smart factory.