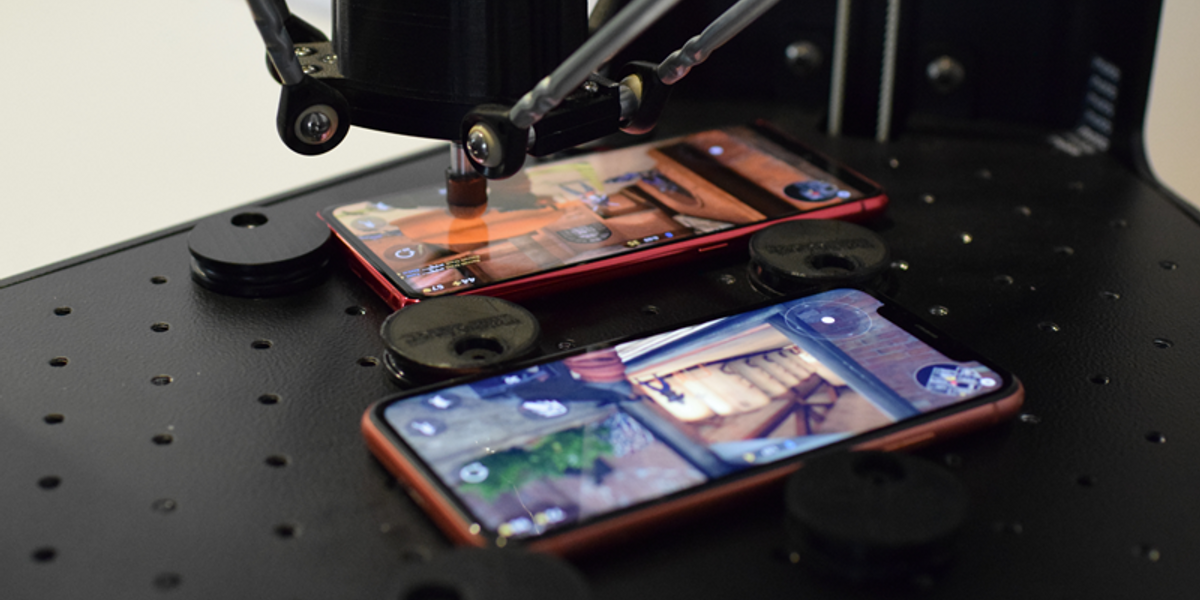 Measured in milliseconds, the response time to a tap on a smartphone’s screen might not be a “show stopping” issue, but a delay between an action and its reaction in the mobile gaming industry can make an important difference.

Lagging is known for causing frustration, leading to dissatisfaction for the users of a device. Measured in milliseconds, the response time to a tap on a smartphone’s screen might not be a “show stopping” issue, but a delay between an action and its reaction in the mobile gaming industry can make an important difference.

Helping in providing lag free user experience, MATT can be integrated in testing protocols meant to determine the touch-to-display response time, additionally to being an essential tool in benchmarking between different phone brands.

Widely used on most consumer electronics, from smartphones and smartwatches to home appliances and in-vehicle-infotainment systems, touchscreens are making devices’ operation more friendly for their users. Their advantages and reputation stand in being interactive through simple gestures.

Consumers expect the interaction with a touch screen to be flawless in performance and functionality, as well as having an adequate response time. All of these are dependent on the chosen touch panel technology, on how the products’ electrical design has been made, on the characteristics of the touch controller, and on how signals generated from touch gestures are processed on the operating system or one final application. An UI that is entirely functional, is responsive and provides a quick reaction to all actions, offers a good user experience. For this reason, various tests need to be performed on devices, one of them being the latency between a finger interacting with the touch screen and the moment in which the expected reaction from that gesture occurs, known as the touch response time.

Following, we’re going to take a look at one of MATT’s use cases: testing touch response time in mobile gaming.

The objective behind our client’s testing protocol was to find reliable methods for measuring touch response time of a tap triggering an action in a mobile phone game and observe reaction differences between phone brands.

MATT covered device testing, performing the same taps and sequences on one smartphone at a time. Being measured in time increments as small as milliseconds, through MATT’s versatility, a high- speed camera is integrated with the robot in order to capture each frame as it is displayed on a smartphone’s screen. Therefore, the observation and processing of the touch time response is performed seamlessly. The right fit for latency measurement

Building MATT to be adaptable to as many testing scenarios as possible was a mandatory requirement from the initial stages of its development. Having this in mind, MATT was built as a universal tool, being able to integrate with as many external devices as possible (cameras, light modules, measurement devices, sensors and much more). This brought an advantage to easily testing multiple mobile phone brands, and it simplified the integration of the equipment required for the latency measurements as well.

The process behind the use- case

One of the use-case’s objectives is to compare response time of devices, regardless of the phones manufacturing characteristics. As MATT stores created programs, by using test robust computer vision techniques, it allows for the same testing cycles to be performed on diverse smartphone brands. Having the devices tested under the same conditions, benchmarking the different touch- to- display response times is easily achieved.

Since winning or losing in mobile gaming community depends on a touch of a finger, a smartphones performance and the reliability of the response time even under repeated actions, need to offer the best experience for the gamer. From every test that has to be performed on devices to assure proper functionality, MATT undertook the testing of multiple phone brands in one of our client’s use cases measuring touch-to-display response time.

Moveable Robotic Platform Could Be the Future of Retail

We speak robots and build them from the ground up! We tailor solution to problems by listening, understanding, customizing, adapting and continuously improving to provide high-performance, yet simple and intuitive robots that deliver positive future impact.

The evolution of hardware and software console testing automation

How AI-powered robots are transforming the retail industry

Moveable Robotic Platform Could Be the Future of Retail

By removing the need for highly trained technicians, the imaging tool could make it easier to diagnose eye diseases outside of specialized clinics

Communication technologies built into a firefighter’s helmet can send directional information in realtime to firefighters working in dangerous environments.