Article 2 of our Energy Storage Solutions series: Communication is essential within solar systems to maintain efficiency in relation to power generation and consumption activities.

This is the second article in a 5-part series exploring Energy Storage Systems (ESS) collaboratively written by Richard Anslow and Martin Murnane. The series will provide insight into emerging technologies, covering topics including battery manufacturing, testing, and application.

The articles were originally published in an e-magazine, and have been substantially edited by Wevolver to update them and make them available on the Wevolver platform. This series is sponsored by Mouser, an online distributor of electronic components. Through their sponsorship, Mouser Electronics supports the growth of a sustainable future fuelled by renewable and distributed generation technologies.

New government policy combined with new regulation is driving renewable energy generation.  The current increase of power density in solar inverters and the demand for energy storage balancing generates the need to significantly monitor all elements of the latest generations of solar systems.

For solar applications such as energy storage, communication is critical as it alerts the user of power generation and consumption activities within their solar installation. Several systems strategies can be installed, such as bill management, PV self-consumption, demand charge reduction, and backup power. Backup power is the most popular, especially in the U.S., because of the various hurricanes causing havoc in the states of Texas and Florida. 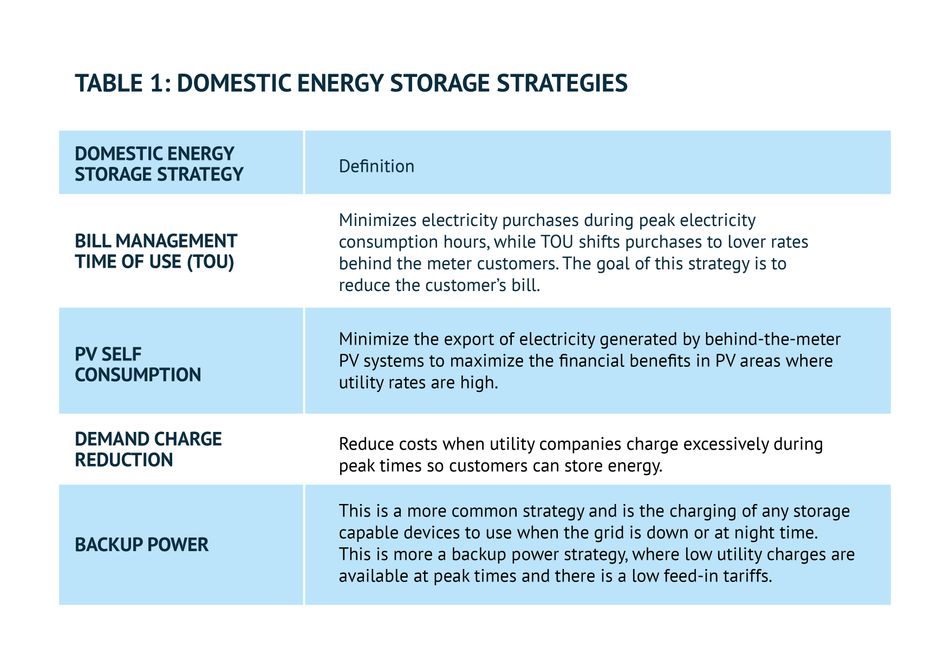 Solar generation, energy storage, and domestic consumption in a typical 24-hour day is illustrated in Figure 1. Figure 1 shows the primary reason why systems are designed for bill management in a solar system. When there is no irradiation on the solar panel during nighttime, energy consumed will be purchased from the grid where the grids are lowest. As soon as the sun rises, irradiation appears on the solar panels, power is generated, and domestic self-consumption begins where any solar generation is either used in the household or is diverted to charge the energy storage unit. This allows bill costs to be controlled by reducing the energy drawn from the grid and using solar-generated energy where low feed-in tariff areas are available from utility companies. 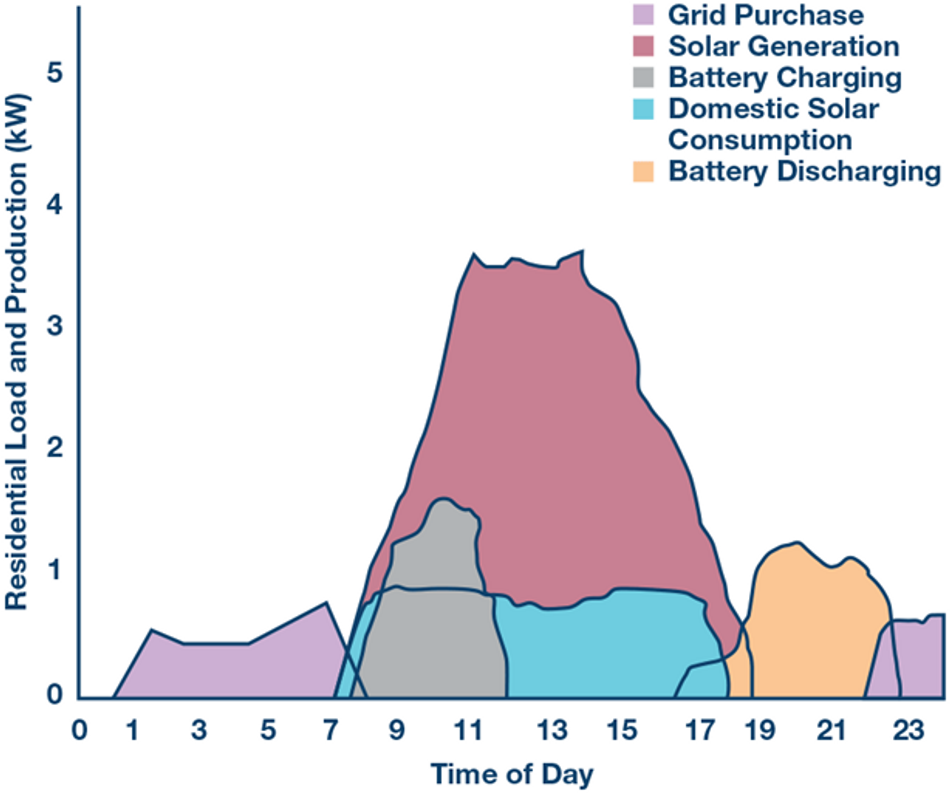 Figure 1. Solar generation, energy storage, and domestic consumption in a typical 24-hour day. RS-485 is the communication application of choice for PC screen data updates such as current power, current consumption in the maximum power point trackers, battery charge and health, and CO2 reduction, etc., as can be seen in Figure 2. 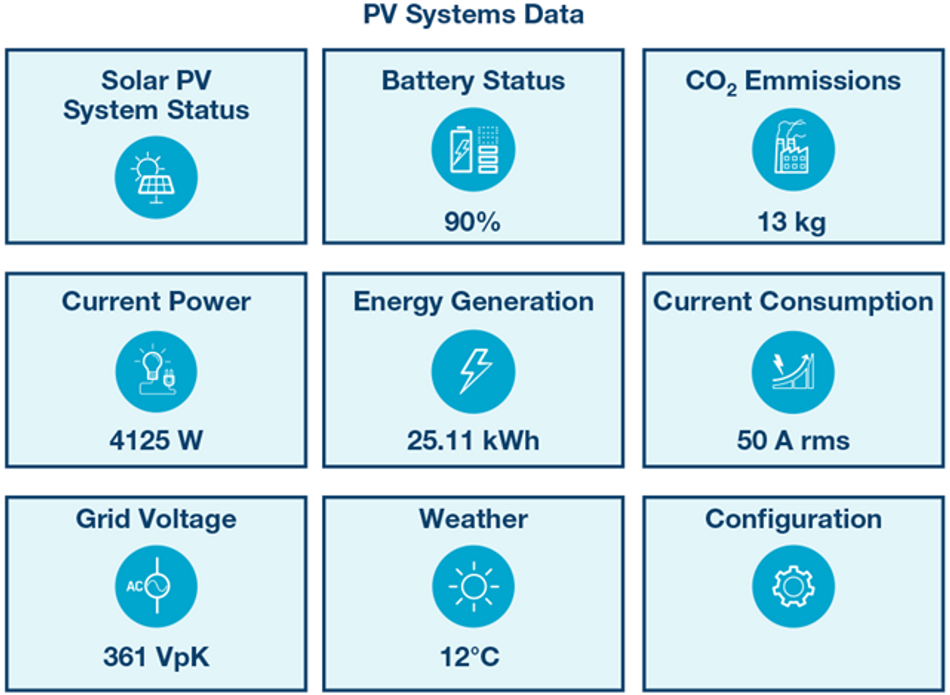 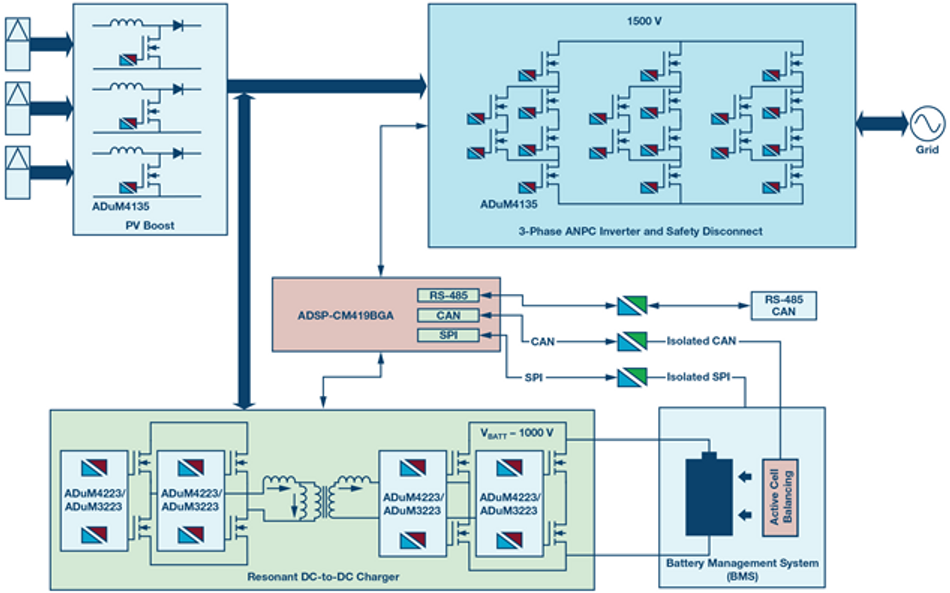 Figure 3. Block diagram of a typical solar system with storage.

Why Use RS-485 Transceivers with iCoupler Isolation? 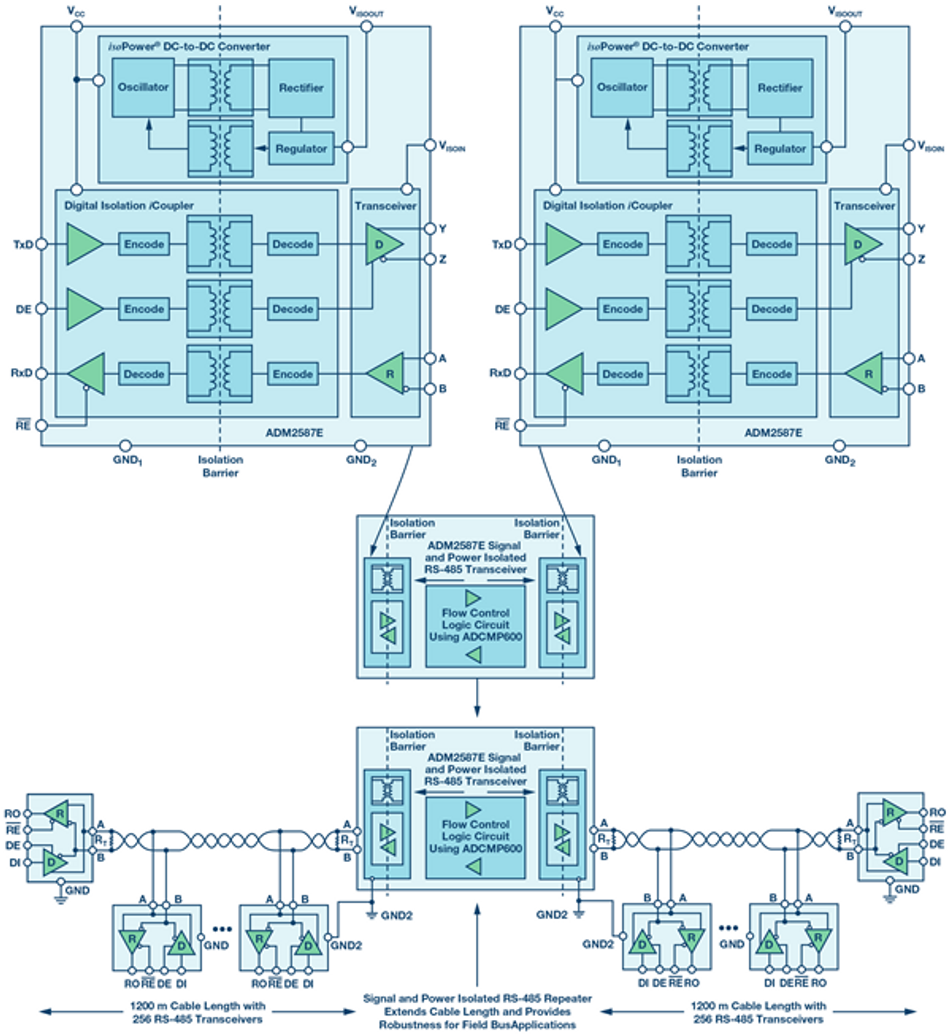 The ADM2587E , from Analog Devices is a fully integrated signal and power isolated data transceiver with ±15kV ESD protection, and is suitable for high-speed communication on multipoint transmission lines. The ADM2587E includes an integrated, isolated DC-to-DC power supply eliminating the need for an external DC-to-DC isolation block. An RS-485 repeater requires flow control, which is essential for controlling the direction of communication on the RS-485 bus. Using the ADCMP600 high-speed comparator allows high-speed flow control and directionality on the ADM2587E logic pins, which results in a reliable communication system. For complete design guidelines, refer to AN-1458 Application Note Isolated RS-485 Repeater with Automatic Direction Control.

When designing an EMC communications interface, the circuit designer is often faced with a design and test iterative cycle. The circuit needs to be designed to meet system-level EMC standards and customer requirements. System-level IEC standards, such as IEC 61131-2 for industrial automation, specify varying levels of protection against IEC ESD, EFT, and surge, as well as immunity to radiated, conducted, and magnetic disturbances.

The ADM2795E performs robustly in several system-level EMC tests, which are certified by an EMC compliance test house (certification is available on request): 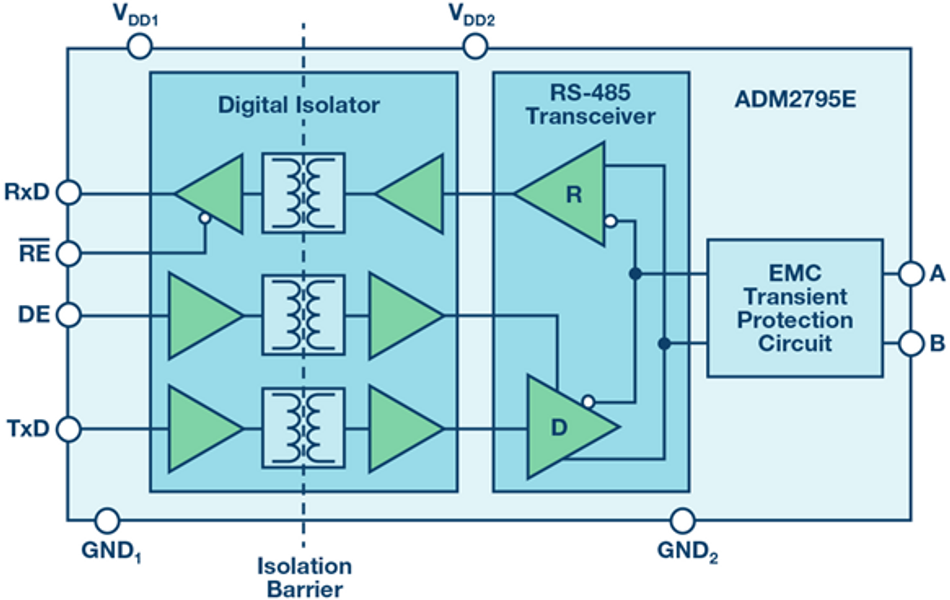 Analog Devices’ interface and isolation portfolio has several options for isolating your RS-485 interface. The ADM2795E provides a complete, system-level EMC solution with compliance to IEC 61000 surge, EFT, and ESD standards, as well as immunity to conducted, radiated, and magnetic disturbances, which are common in harsh solar PV environments. The ADM2795E reduces time to market for designs that need to meet strict regulatory targets.

This article was originally written by Richard Anslow and Martin Murnane for Mouser and substantially edited by the Wevolver team. It's the second article of a 5-part series exploring Energy Storgae Systems (ESS). Future articles will explore Communication Solutions for Essential Monitoring of Solar PV and Energy storage, electric vehicles production futures, and battery monitoring systems for lithium-ion solutions.

Article one outlined the Energy Storage Systems in healthcare applications.

Article four provided a deep analysis of the critical design considerations in estimating the state of lithium-ion batteries.

Martijn Roos defends his PhD on reducing the impact of short circuits in the electricity network of the future.

A technique for synthesizing many “white graphene” nanotubes at a time paves the way for stronger, heat-resistant composites, and membranes for renewable energy.