A quasiparticle that forms in semiconductors can now be moved around at room temperature, a University of Michigan-led study has shown. The finding could cool down computers, enabling faster speeds and higher efficiencies, and potentially make LEDs and solar panels more efficient.

Today’s electronic devices rely on electrons to move both energy and information around, but about half of that energy is wasted as heat due to electrical resistance. Excitons, which escape traditional electrical losses, are one potential alternative. 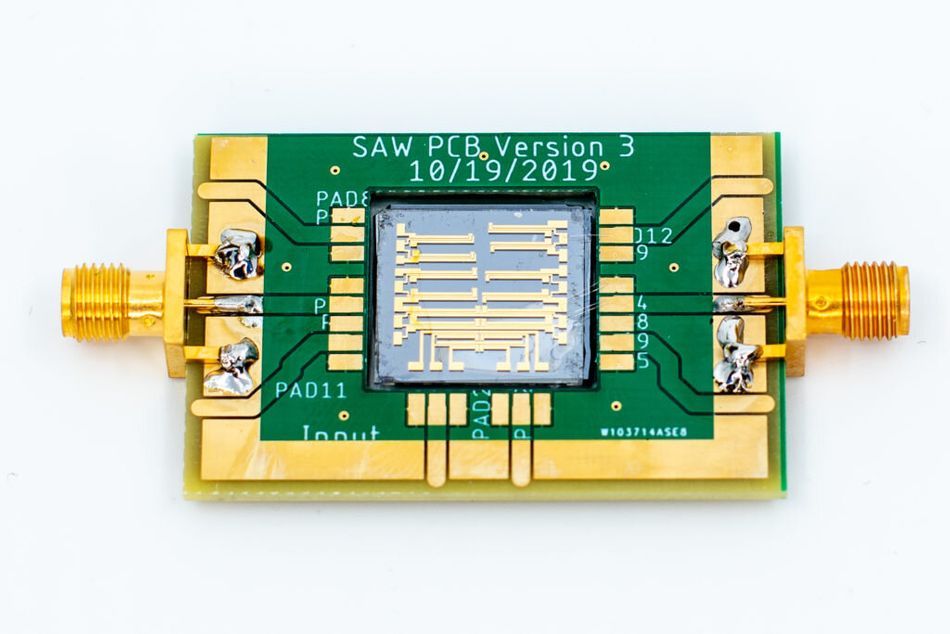 This chip can move excitons with acoustic waves. The achievement paves the way for building efficient devices that use excitons for applications in data communication and processing, sensing and energy conversion. Photo: Silvia Cardarelli

“If you think of the past almost two decades, the computers have always been at two to three gigahertz—they never increase the speed. And that’s the reason. It just gets too hot,” said Parag Deotare, assistant professor of electrical engineering and computer science and corresponding author of the study.

“But transistors can go faster if one can remove the excess heat quickly. If you just cut down your communication energy losses, then your processing speed automatically increases. Using excitons can theoretically cut those losses significantly.”

An exciton is a negatively charged electron and a positively charged “hole” that stick together like a single particle. Excitons form when semiconductors absorb light—kicking an electron out of its spot in the semiconductor crystal and creating a hole—as in a solar cell. Or they can be induced through electricity, as in an LED light or perhaps a future computer processor. But because they are charge-neutral, excitons can’t be moved around with differences in electric potential the way electrons can.

The fix demonstrated by Deotare and his team, including collaborators at Japan’s National Institute for Materials Science, is acoustic waves running through the material. They showed that excitons can “surf” these waves, traveling from one location in a semiconductor chip to another. Deotare suggests that controlling excitons in this way could enable data communication, possibly leading to the replacement of the transistor.

“The ability to direct excitons paves the way to exciting future applications that include efficient energy conversion, sensing, detection and room temperature, on-chip excitonic information processing and communication,” said Kanak Datta, a doctoral student in electrical and computer engineering and lead author of the study. 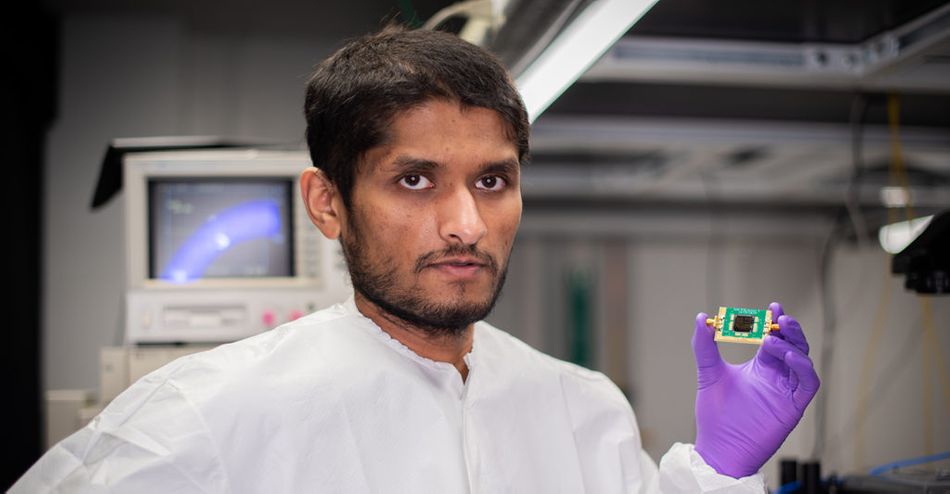 In solar cells, moving excitons out of the relatively thick layer of semiconductor that absorbs photons, or particles of light, and turns them into excitons. If the excitons can be moved to a thin layer before separating the electrons and holes, the energy could be more efficiently converted to electricity.

Similarly, in LEDs, moving excitons could reduce the amount of light lost within the LED. The excitons could be moved away from the electrodes into an area designed for extracting light out of the semiconductor before allowing the electrons and holes to combine and produce a photon.

“Our method offers tunability and flexibility to design exciton transport for particular applications, as well as a manufacturable design,” said Zhengyang Lyu, a doctoral student in applied physics and second author of the paper.

Until recently, attempts at controlling excitons had been relegated to cryogenic temperatures—at room temperature, the electrons and holes quickly fall apart. But new “2D” semiconductors made of single crystal layers changed that—particularly a class of materials known as transition-metal dichalcogenides, a name that describes where the components come from in the periodic table. 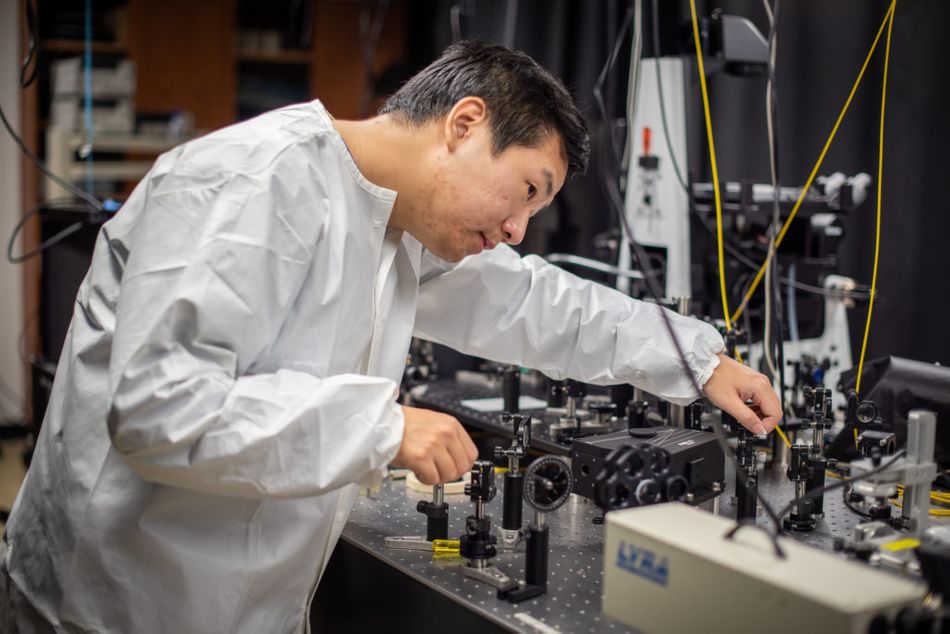 Deotare’s group used one of these, tungsten diselenide, to support the excitons. To create the acoustic waves for surfing, they placed that single-layer-semiconductor on a material that stretches and contracts in the presence of an electric field, lithium niobate.

They used a set of electrodes on the lithium niobate to create a waving electric field, which generated the acoustic waves. Because the electric field could split up the electrons and holes that form excitons, the team protected the tungsten diselenide with layers of boron nitride.

“What we’re doing right now will enable us to have a computer that can operate at a much higher speed, consume less energy, and be built at a very small scale,” said Zidong Li, a doctoral student in electrical and computer engineering.

With the U.S. poised to invest $50 billion in chip technologies, researchers prepare to create an infrastructure to accelerate how lab discoveries become practical technologies.

First, the general specifics and commonly used kinds of reflow soldering processes are discussed. Subsequently the focus is on vapor phase soldering and its properties. The process itself is explained clearly.