When a magician approached various workshops about the possibility of building a giant spinning ring powered by a stationary bicycle, he received a lot of rejections. On the face of it, it’s easy to see why.

That magician, Joe Culpepper, had come up with the idea while reading about optical illusion rings, the history of which goes back centuries. Despite having a consistent width, such rings appear to enlarge and contract when they are rotated around the wearer’s finger. Culpepper was captivated, and he imagined what such an illusion would look like on a gigantic scale: a huge ring suspended in the sky, revolving and appearing to grow and shrink before the eyes of onlookers. The world-famous Cirque du Soleil circus was equally intrigued and lent its support to the project. But there was one hitch: nobody thought a giant ring could actually be built. Nobody, that is, except Studio Artefact.

“The thing is, if you have a wheel with spokes, it breaks the illusion,” explains Guillaume Jacques, Studio Artefact’s Director of Communications & Marketing. “The wheel needed to have the look and feel that it was floating, and this was the hard part; this was the part that everyone was saying couldn’t be done, that you would need a chain and gears. But we said, "No, we can 3D print parts and fit them on a wheel with a complex mechanism.” 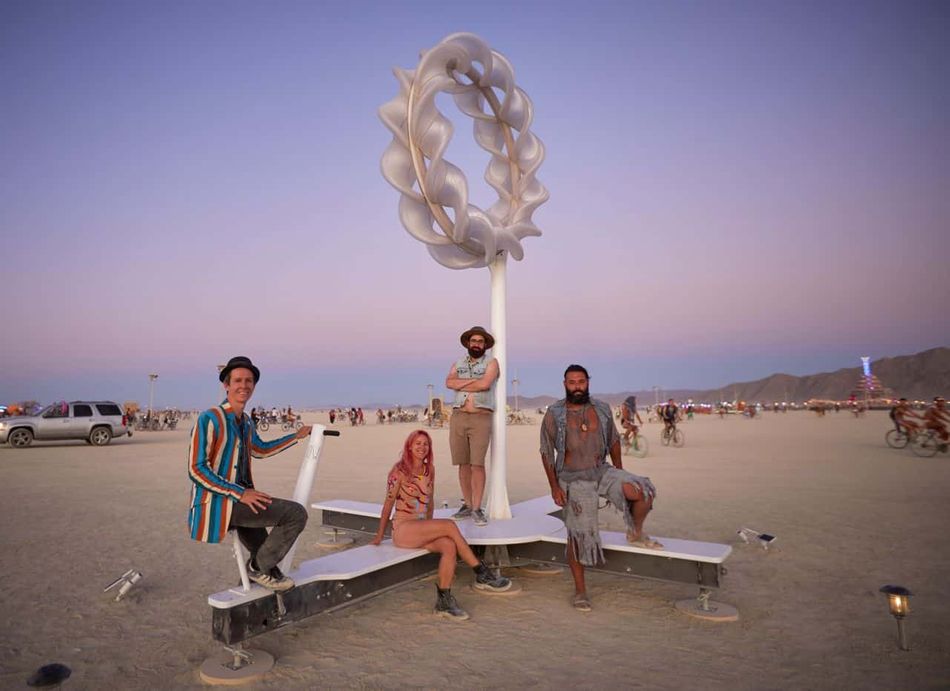 Studio Artefact came up with a design that would realize Culpepper’s vision of a floating illusion ring. Unlike a bicycle wheel or a Ferris wheel, both of which have spokes that connect the rim to a central hub and spindle, the illusion ring would run along a track on a hidden circular frame. Apart from a small vertical support underneath, it would appear as if suspended in the air, and a human pedaling on a stationary bicycle would propel it, creating the optical illusion. The Studio Artefact team used BigRep One 3D printers to fabricate a dozen large-scale, heart-shaped pieces that would join together to form the wheel, then assembled the structure at a music festival in Nevada.

“It was a one-of-a-kind experience,” Jacques recalls. “When we went there people experienced it and told us it was amazing.” Upon being told that the structure had been 3D printed, the festival-goers were even more impressed. “It’s the mind that meets the machine that meets the artist,” Jacques says. “It spoke to the people there.” 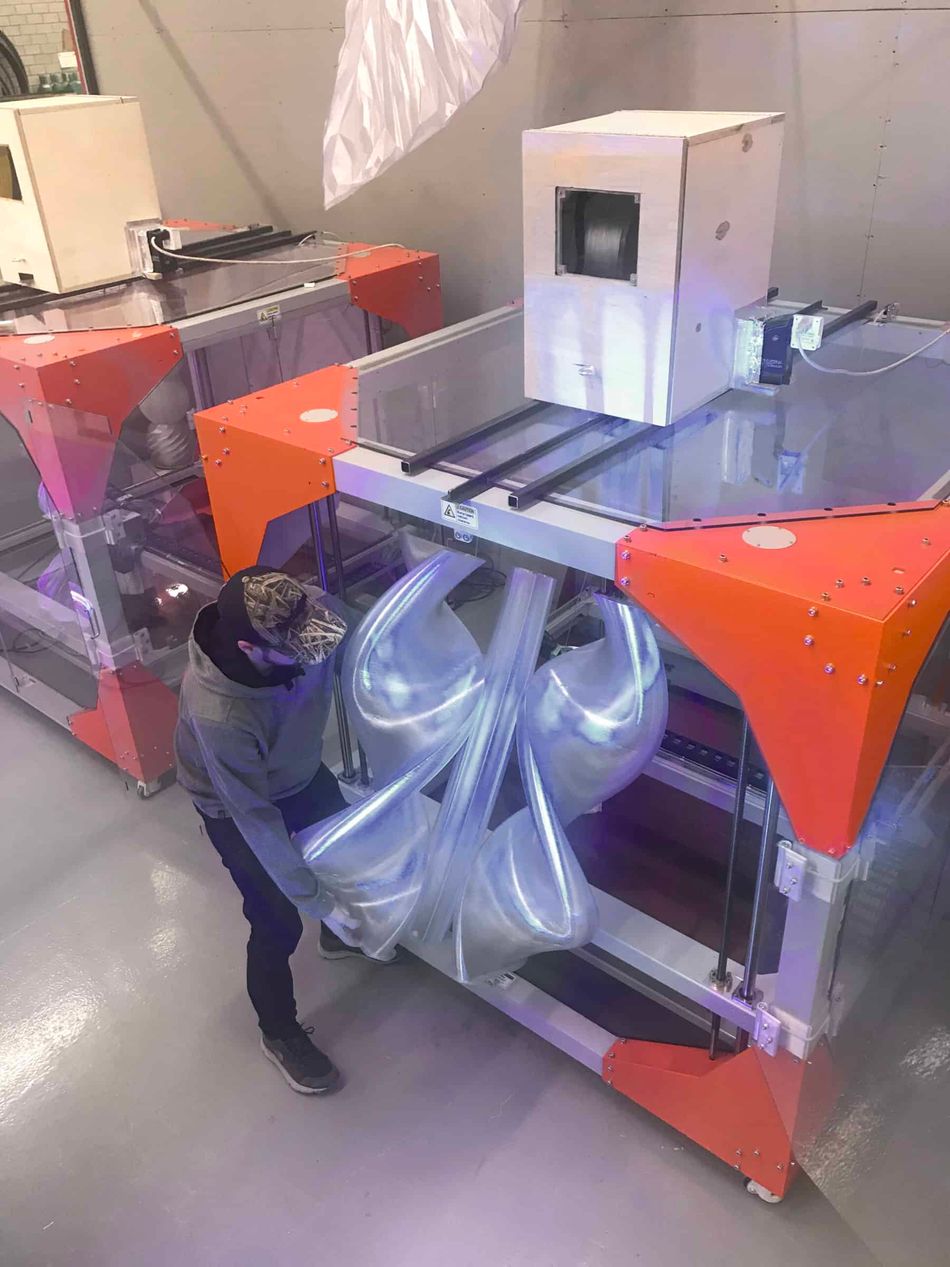 Founded in 1986 in the Canadian city of Montreal, Studio Artefact is a specialist in themed immersive experiences, mainly serving clients throughout North America. The company designs and constructs such experiences for places like shopping centers and museums while also working in cinema, television, and theater. A typical Studio Artefact project may involve graphic design, technical planning, welding, woodworking, painting, sculpting, light installation, and — since it began using large format 3D printers in the mid 2010s — 3D printing.

At present, Studio Artefact operates a fleet of six large-format 3D printers from German-based company, BigRep. The team works mainly with PETG, and has seen its horizons widen exponentially with each additional 3D printer installed. Prior to its acquisition of BigRep machines, it would make most of its large structures with styrofoam sculpting, welding, and woodworking techniques. Such manual work was painstaking and took much longer than 3D printing, placing a limit on productivity and profitability.

“It’s not even comparable,” explains Frédéric Letellier, head of the 3D printing department at Studio Artefact. “The time and effort that goes into hand-sculpting something, not to mention the inability to ‘undo’ or make quick changes — it’s apples to oranges! Humans need breaks and need to sleep, whereas my BigReps need a little bit of grease once a year and they run non-stop.”

According to Letellier, the simultaneous operation of six printers provides a high level of flexibility, allowing the company to complete several large projects simultaneously or, alternatively, to do “one really big project in a small amount of time.” And it’s not just the finished product that gets printed either: Studio Artefact uses its machines during R&D and prototyping, making scale models, functional prototypes, and samples for clients to demonstrate different surface finishes, resolutions, or layer heights.

Perhaps the biggest advantage of 3D printing, however, is the huge creative possibilities it unlocks. “3D printing has really been integrated into the way we think about building projects, about the feasibility of things,” says Jacques. “We really try to use that asset as a way to make our projects stand out and as a way to be creative.” 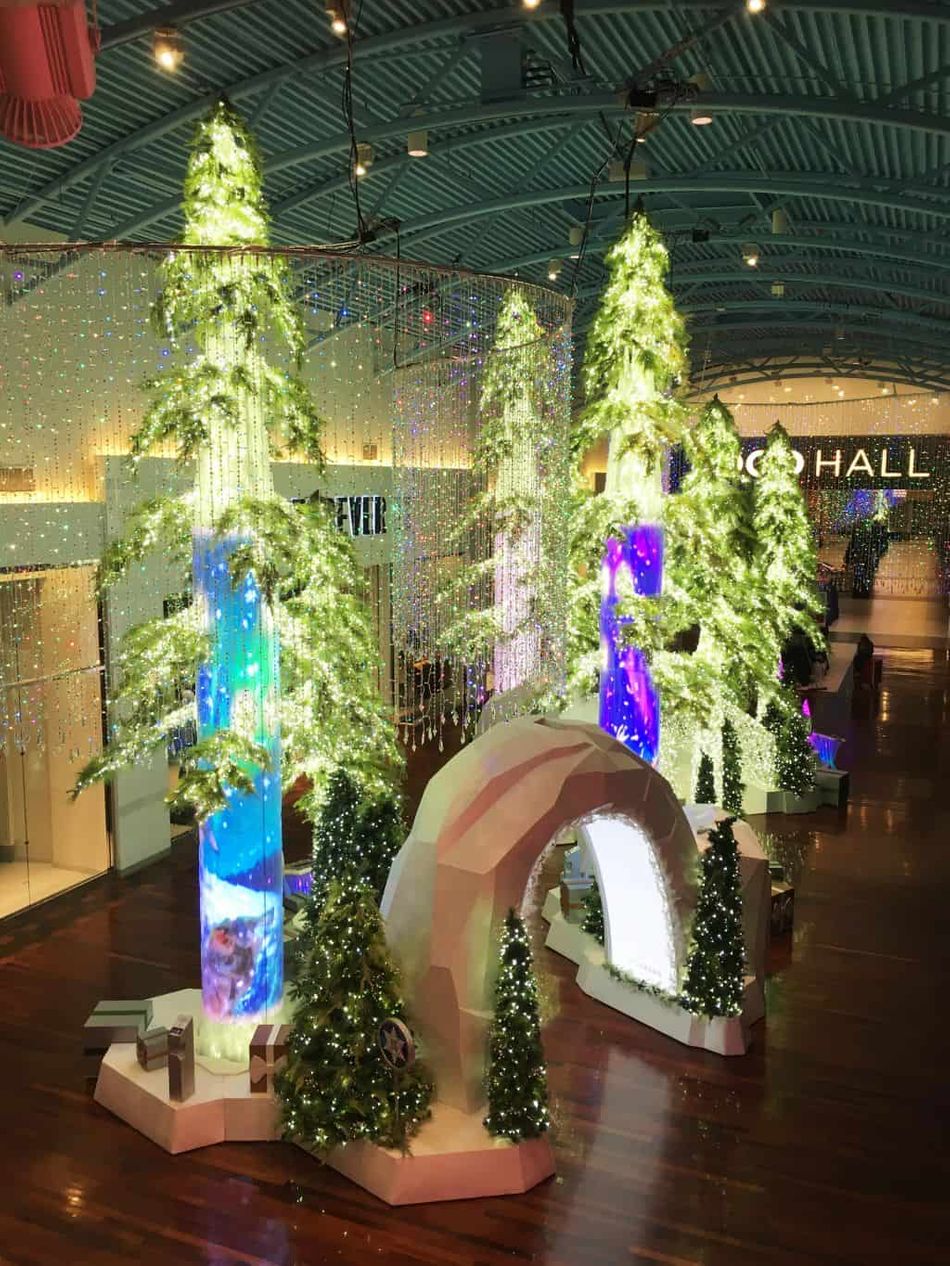 Pushing the Boundaries of Size with 3D Printed Trees

That boundless creativity can be seen in another Studio Artefact project, one that was commissioned back in 2018 for the CrossIron Mills shopping center in Calgary, Canada. For this client, Studio Artefact created a festive Enchanted Winterland, an immersive augmented reality experience of trees, archways, and dazzling lights inspired by the Canadian landscape. Christmas shoppers walking through the Enchanted Winterland could, using a specially designed app, point their smartphones to the sky in order to discover constellations, before bringing their discoveries to an area where each constellation would be displayed on a large screen.

Central to the impressive project was the design and fabrication of three huge artificial trees, each 35 feet tall and consisting of 16 different 3D printed sections of “bark” made of transparent PETG — pieces that without 3D printing would have required three separate processes: sculpting, molding, and vacuum forming. The transparent 3D printed sections housed 360° screens while also providing a frosty look that added to the Enchanted Winterland aesthetic. “We were marrying an artistic finish to something that was incredibly technologically advanced,” says Letellier.

"If tomorrow the BigReps vanished from our workshops, it would be a catastrophe."  Guillaume Jacques, Director of Communications and Marketing, Studio Artefact

Such an ambitious project was made possible by Studio Artefact’s six- 3D printer setup. Working to a deadline of around four months, the company assigned its 3D printing department four to six weeks to fabricate everything. That meant that three BigRep One printers had to be running 24/7, and any significant downtime would have thrown the project off-course. In the end, all deadlines were met, and Studio Artefact continues to put its faith in BigRep machines for even the most demanding projects.

With Christmas fast approaching, the Studio Artefact team will be busy working on its next seasonal projects. As ever, 3D printing will play a huge part. “It’s a great way to make something that’s otherwise impossible to do,” says Jacques. “It has really helped us to bring crazy projects to life.”

For the first time, it is possible to create complex nanoscale metal structures using 3-D printing, thanks to a new technique developed at Caltech.