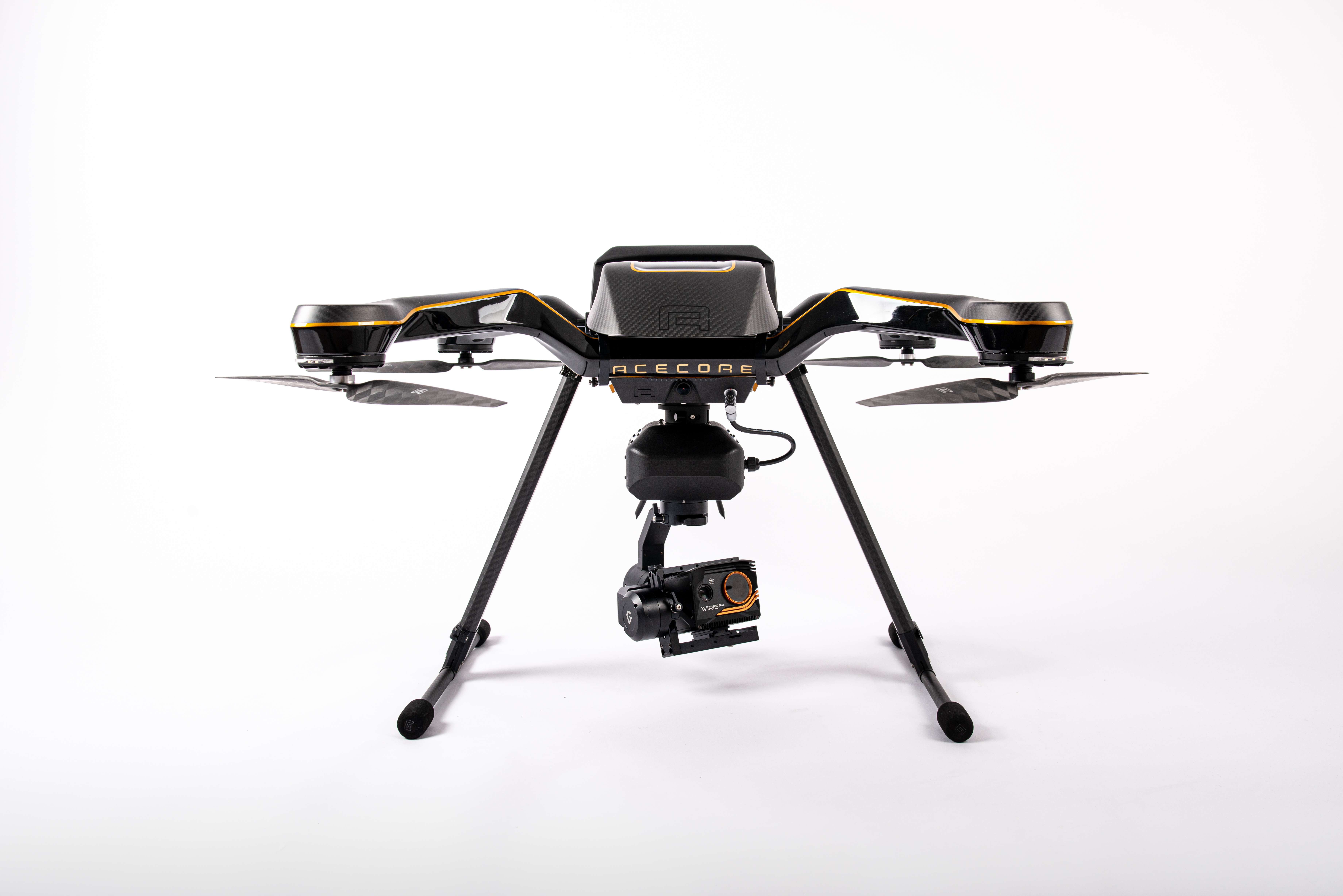 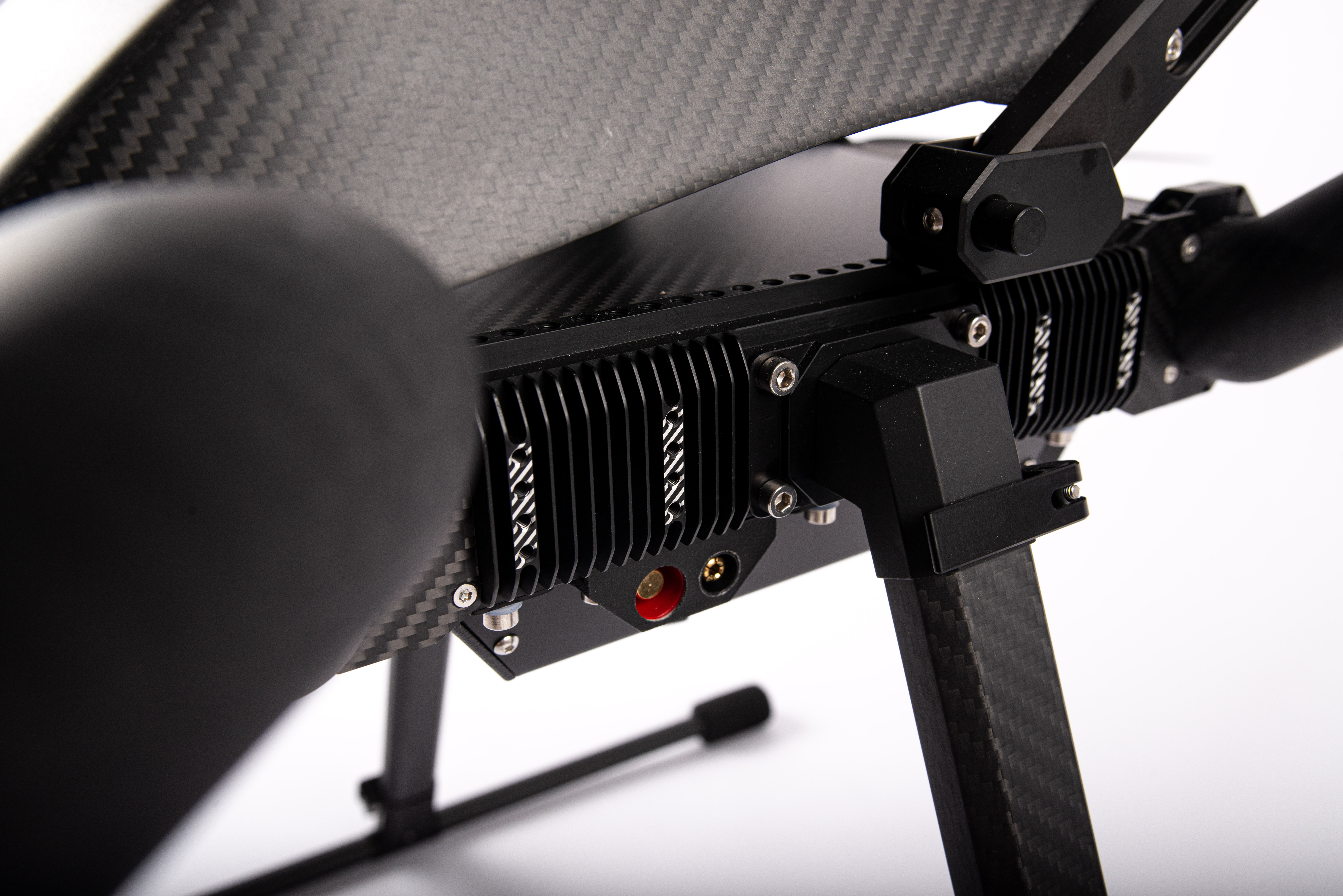 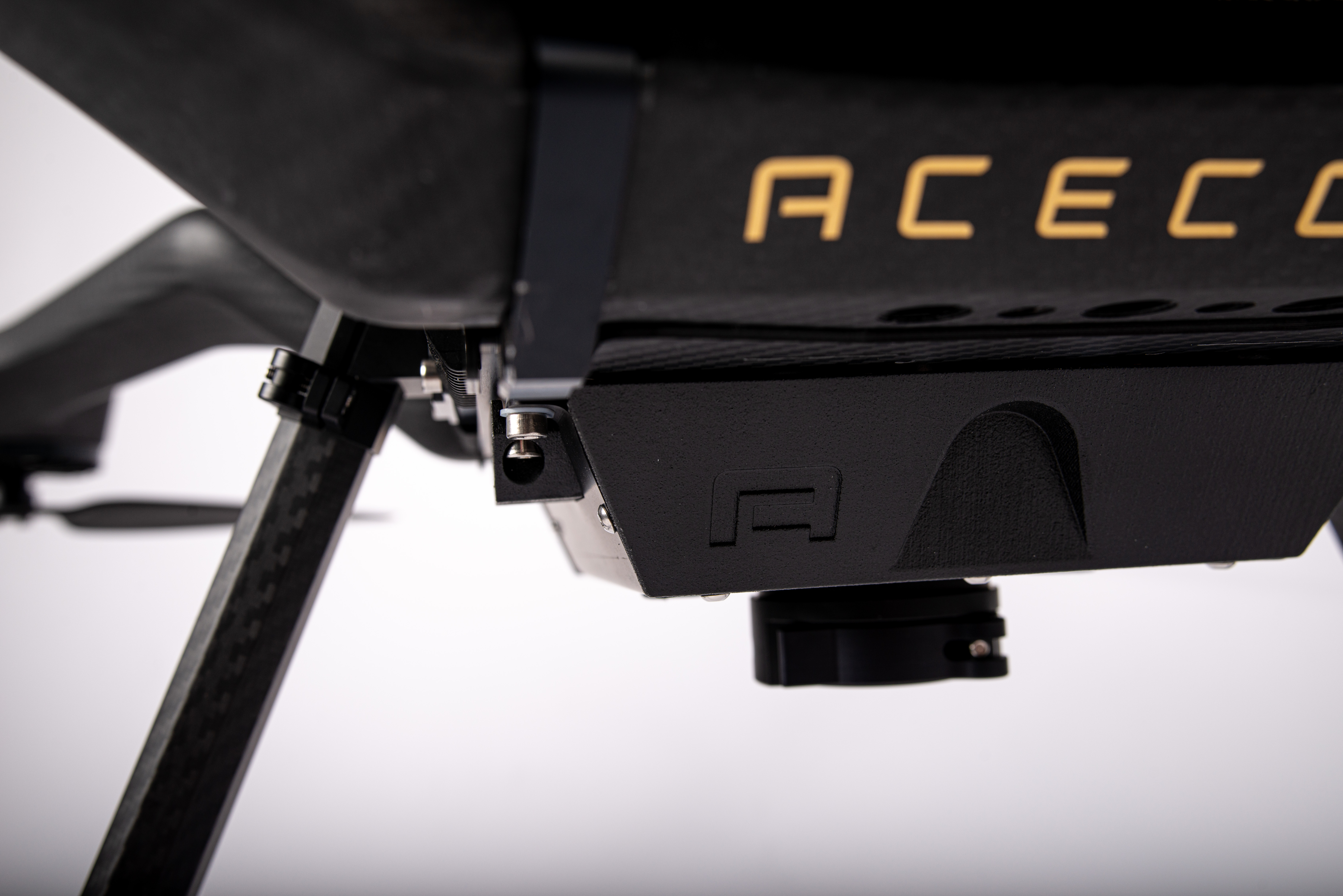 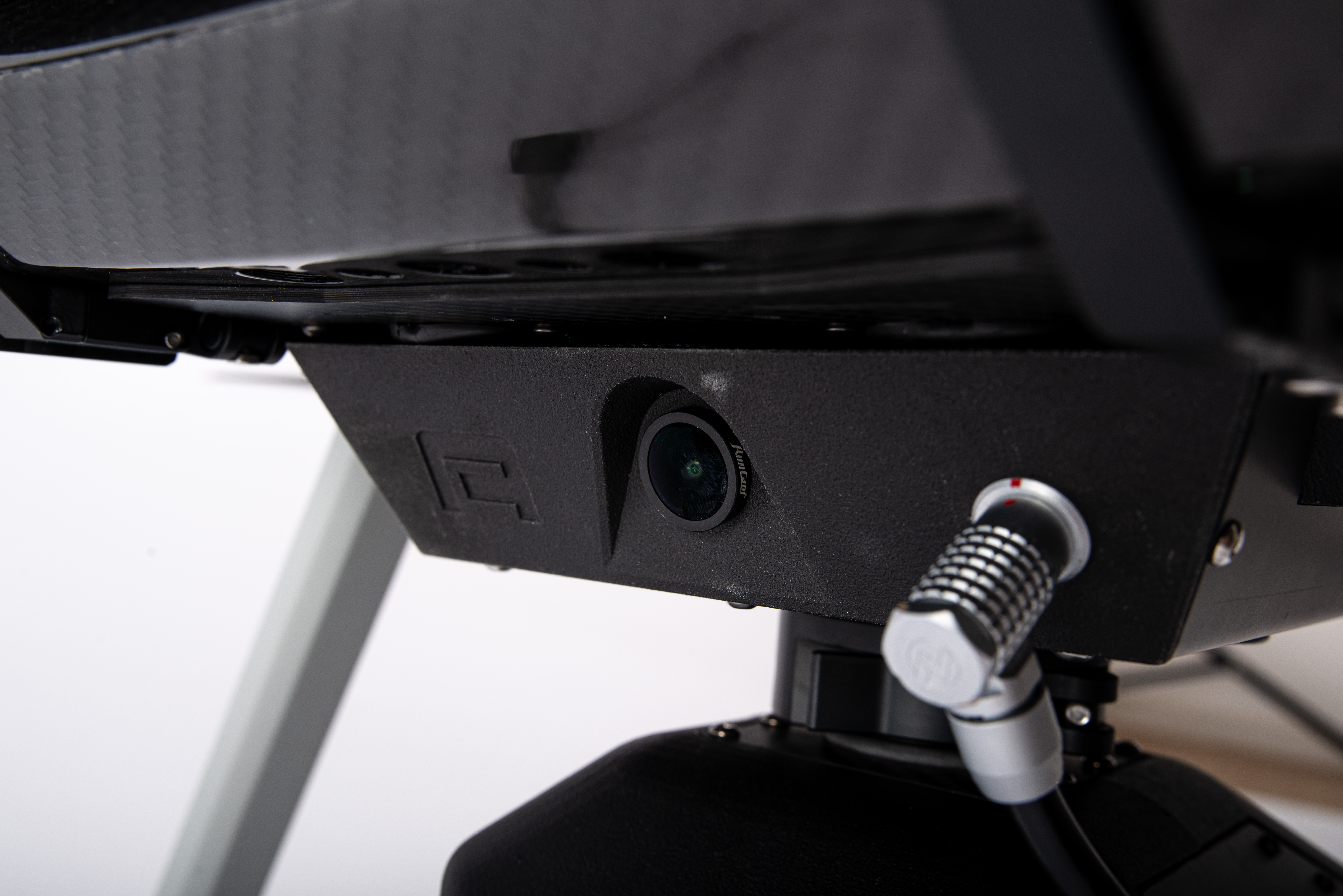 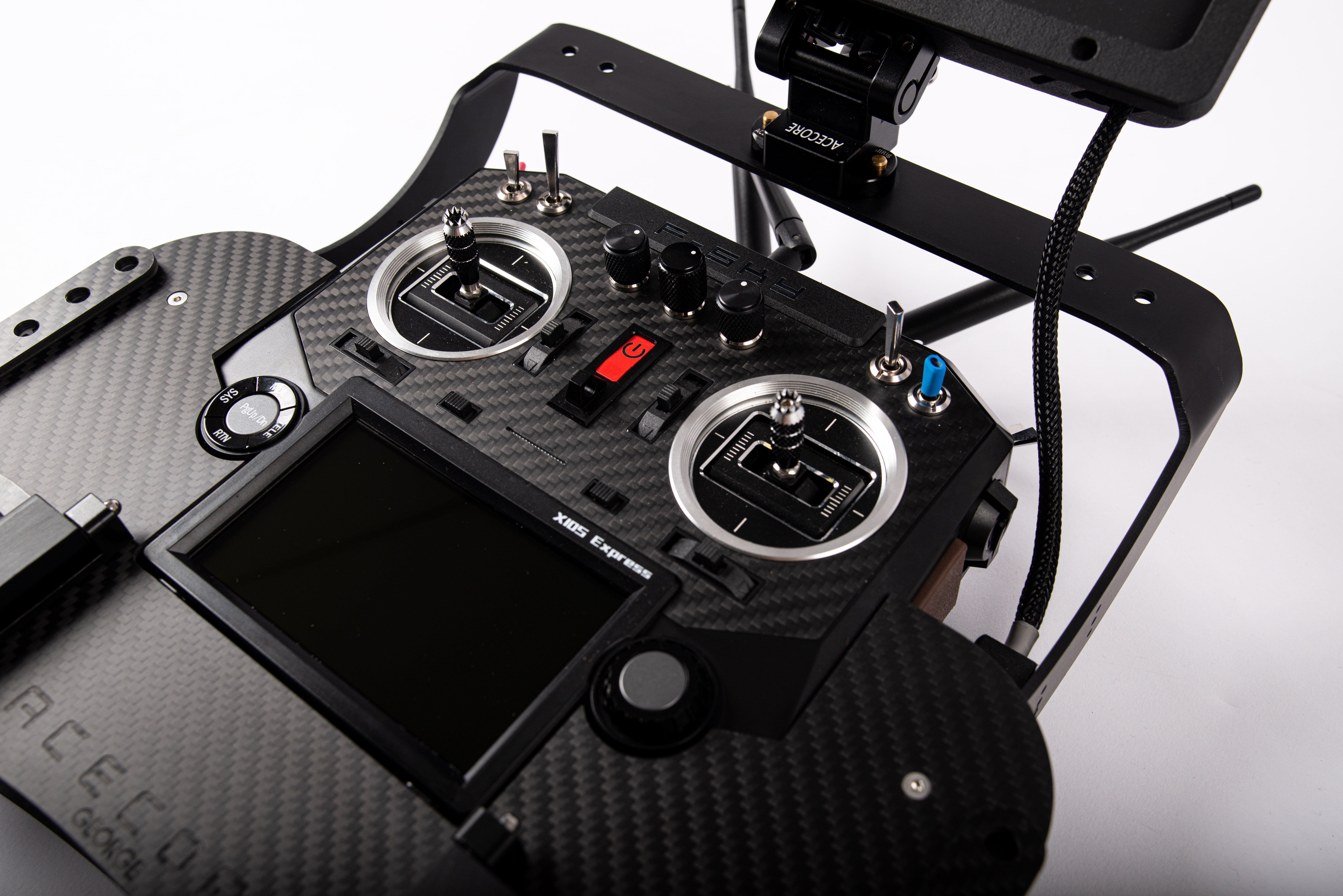 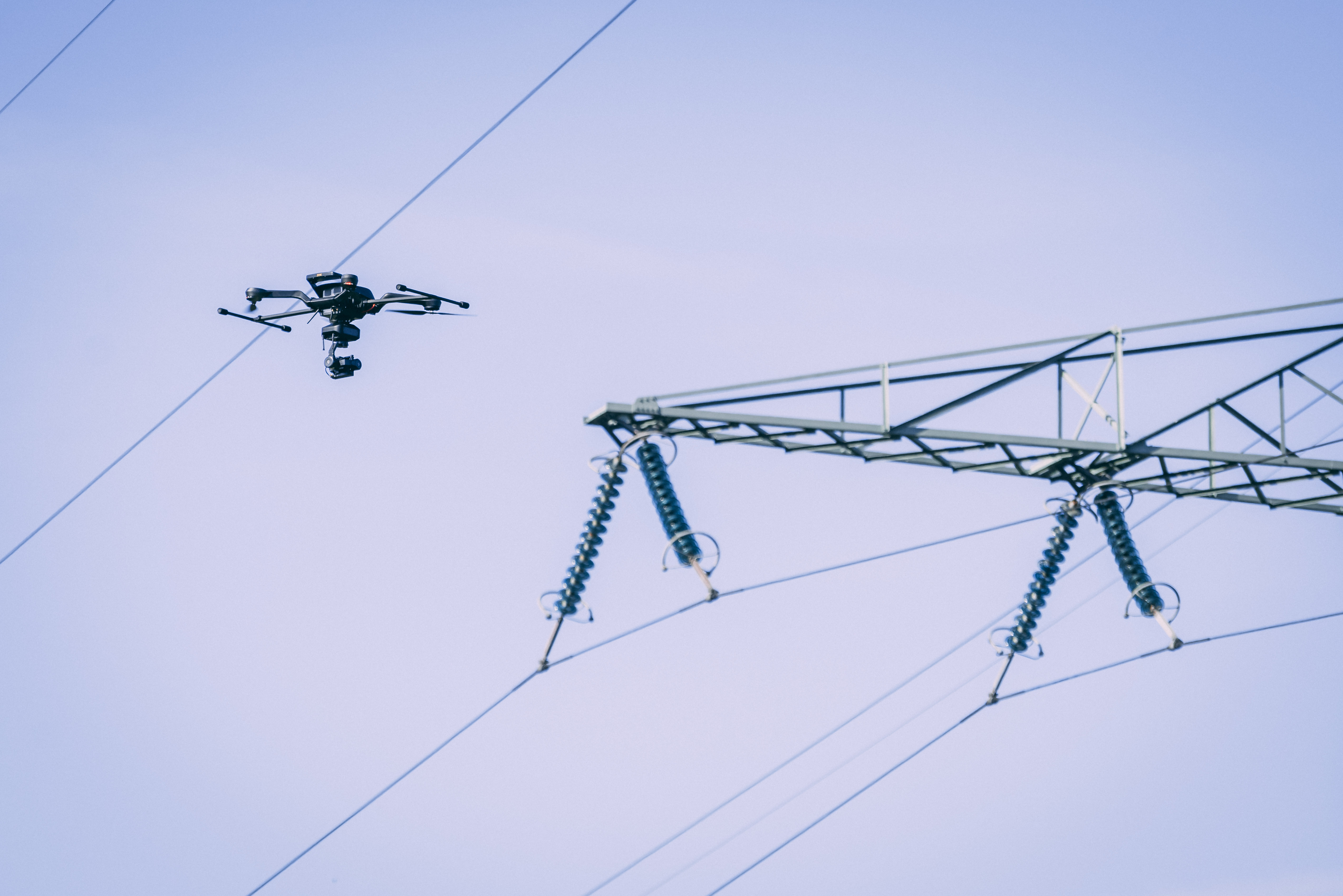 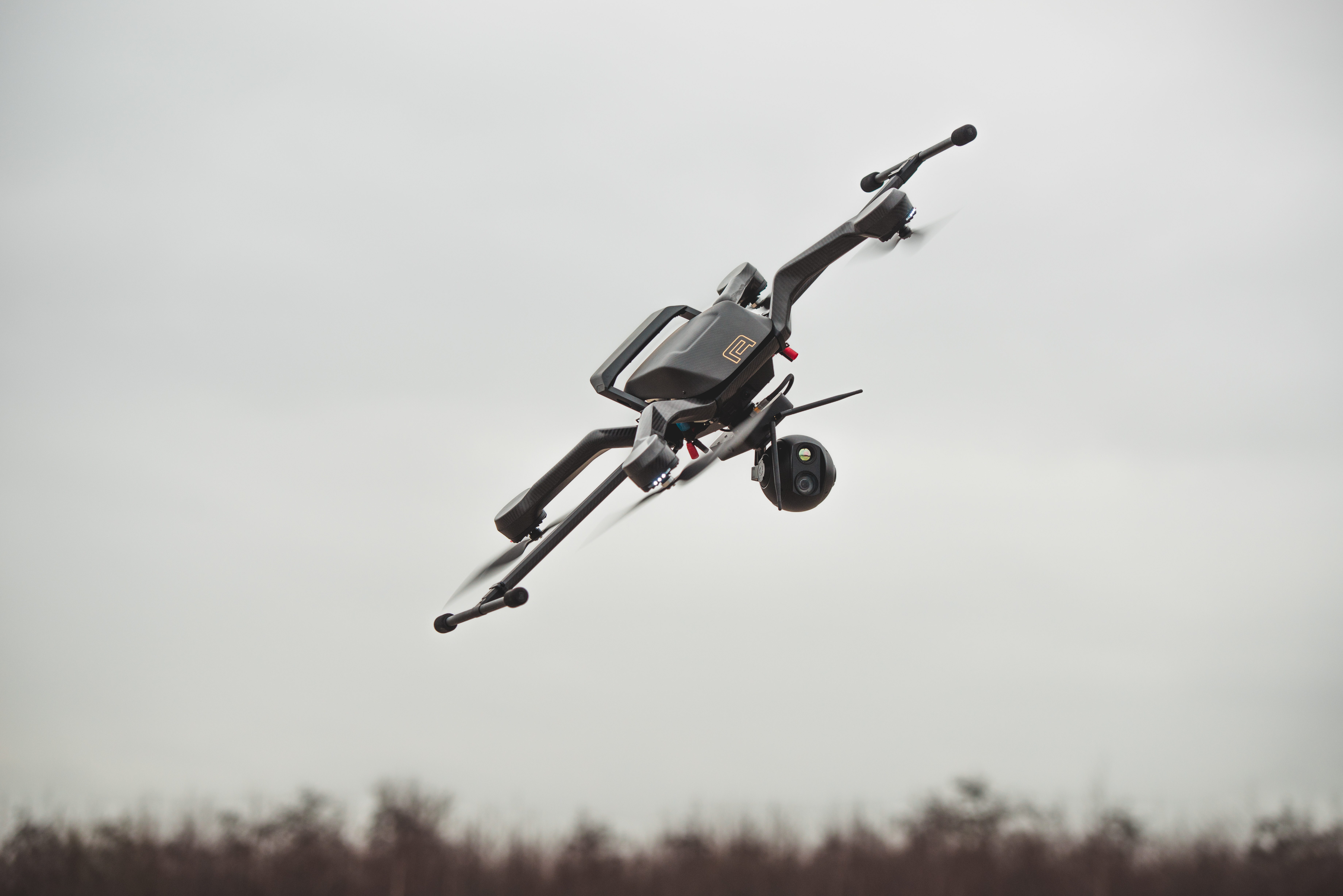 Similar to Acecore's flagship octocopter drone, quadcopter Zoe is built from an inflexible, lightweight carbon fiber construction. Any vibrations that are created by the drone's powerful motors are cancelled out by the custom built sextuple wire damping system near the payload's quick release.

Powered by 4 Sobek drive and Acecore developed brushless motors, Zoe is able to withstand continuous wind speeds up to 27 knots. This makes the platform suited to operate in the most demanding environments, including the open sea and high altitude locations.

Although the quadcopter looks as if it has four arms, in reality there's only two. The double sided hollow booms allow for an active cooling airflow throughout the frame. Using the air that is sucked in through the upside-down-mounted engines to cool down critical components in the back of the centerpiece. Additional aluminum heat sync brackets on either side keep the system at an optimal regulated operating temperature. This allows users to fly the drone even at temperatures reaching 50 degrees Celsius.

The 3D printed polyamide spoiler-like construction on the back of the drone contains the GNSS GPS receiver and functions as a battery lock at the same time. The button-release carbon fiber battery plate containing Zoe's battery packs slides beneath the canopy and is then locked in place by pushing on the spoiler.

A triple redundancy autopilot option provides even greater reliability for autonomous missions, and an auto-deploy parachute system facilitates safe operation even in the rare event of a critical failure. The George base station can be used to expand on the standard FrSky remote, providing users with the option to seamlessly switch between a dual or single operator setup.

On top of that, Zoe has a geo referencing module on board that has a twofold function. Firstly, it will automatically trigger its Sony A7R II or Phase One iXM100 camera to capture an image at an adequate interval. Secondly, the drone will embed its RTK-precision GPS data each image's metadata. This includes the drone's exact height at the moment of trigger. Consequently, high accuracy 3D point cloud and orthomosaics can be created in stitching software without having to combine the camera and drone's location data.

The applications the UAV can be used are:

Describes the specifications of the UAV, its operating limits, and flight times. Includes flight controller, pilot radio communication, and the payload mounting.