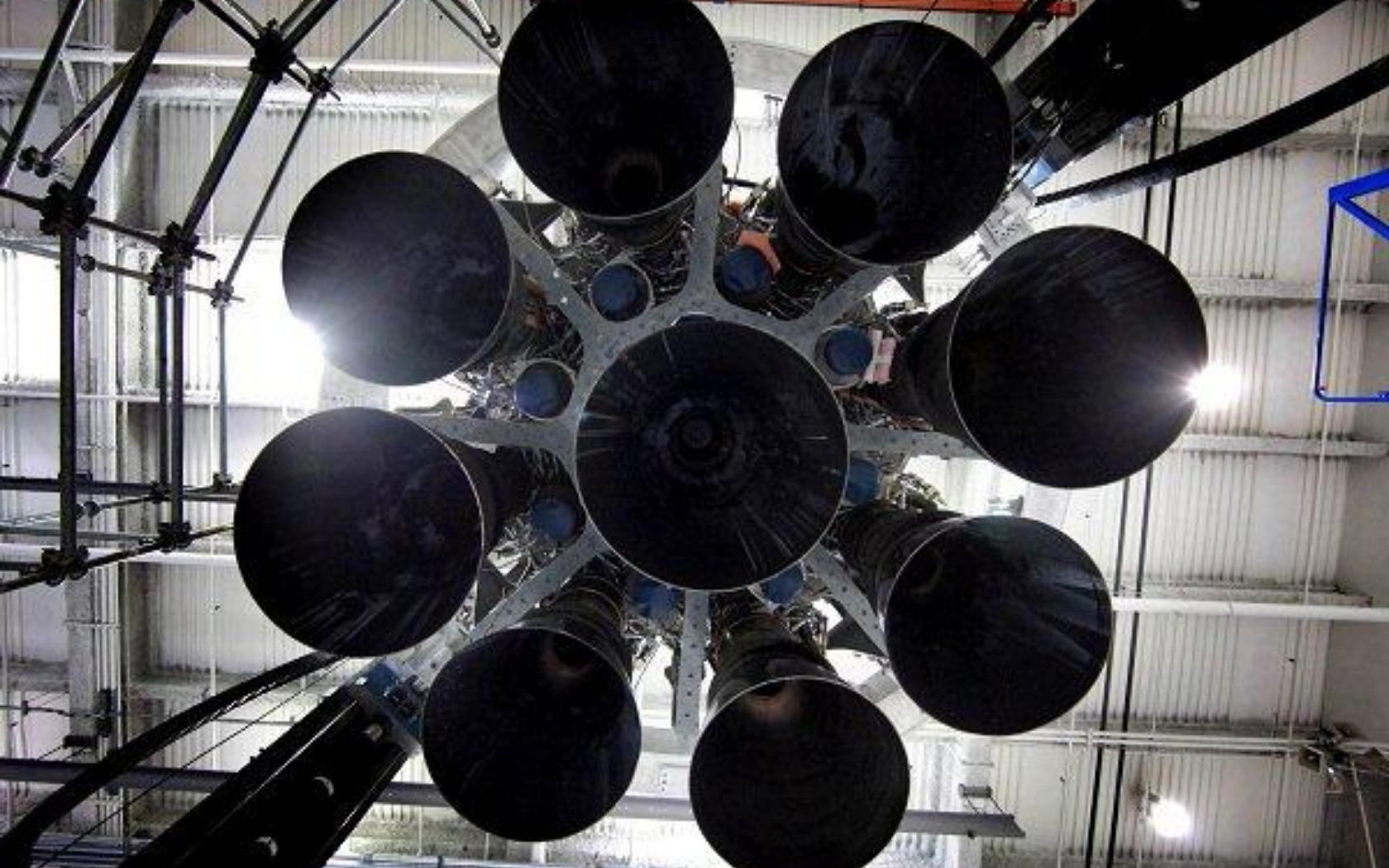 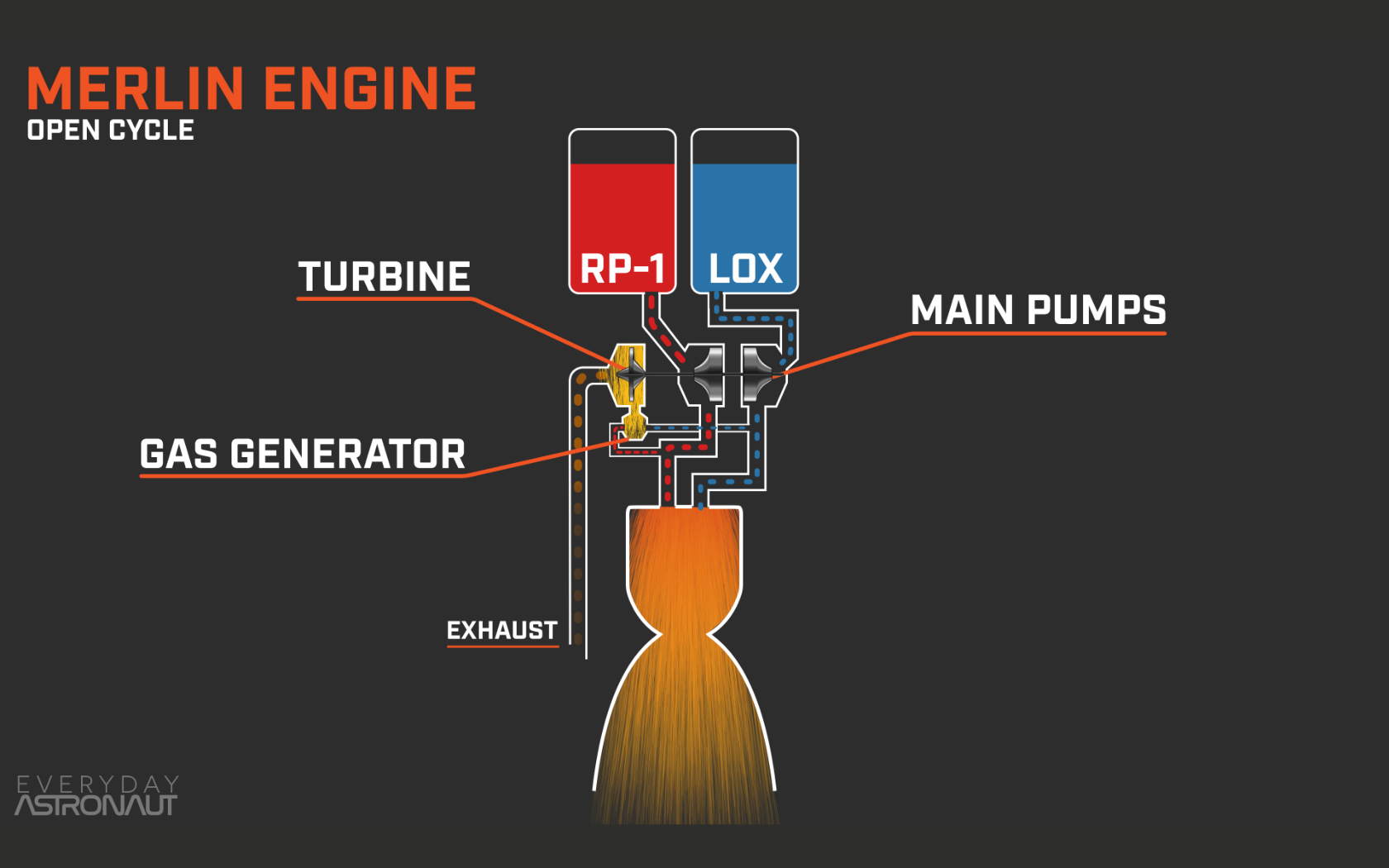 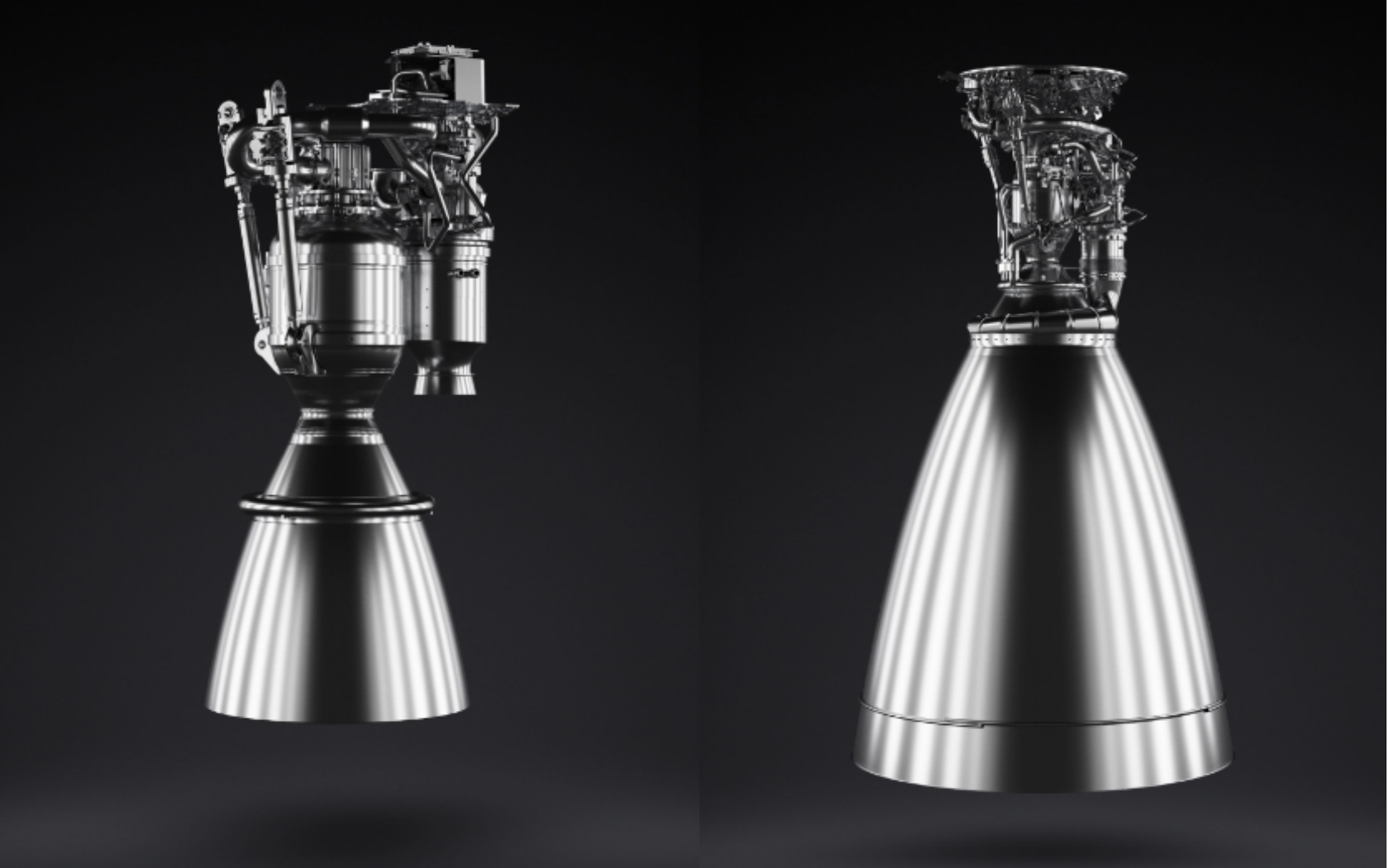 The Merlin rocket engines are specifically developed for recovery and reuse features of the Falcon series of launch vehicles. These engines are gimbaled and have throttle and restart capability for high degrees of control. Two of the nine Merlin engines in the first stage of the Falcon 9 can malfunction without affecting the launch. Merlin engines utilize cooled rocket-grade kerosene (RP-1) and chilled liquid oxygen as rocket propellants in a gas-generator power cycle. A Turbopump feed system feeds the propellant, heated helium pressurizes the fuel tank. and dual redundant triethylaluminum-triethylborane (TEA-TEB) pyrophoric igniters for restart reliability.

The current active models are Merlin 1D (M1D) for sea-level and Merlin 1D Vac (MVac) for vacuum. These engines have a thrust of 854 kilonewtons at sea level and 981 kilonewtons in a vacuum, respectively. It has the highest thrust-to-weight ratio of approximately 200:1. The Merlin 1D features increased reliability by increasing fatigue life and improving chamber and nozzle thermal margins. It is also easier to manufacture by decreasing the parts count and labor hours.

Space is an expensive business. NASA’s space shuttles and Russia’s Soyuz rockets cost an average of $1.6 billion and $53-$225 million for every launch, respectively. However, using reusable booster rockets significantly reduces the expenses for spaceflight.

Since conventional engine designs are not suited for reusable launch vehicles, the Merlin rocket engines are designed and developed specifically to be used in the Falcon series of launch vehicles. The Merlin engines feature retrograde thrust, gimbaled nozzles to adjust the thrust angle, advanced heat shield, high thrust-to-weight ratio, minimized failure nodes, etc. These factors enable the Merlin to be the most suitable engine for the Falcon launch vehicles.

Each Merlin engine is assigned one processing unit, which employs three computers constantly checking on the others to instantiate a fault-tolerant design called a triple-redundant system.

Merlin engines utilize cooled rocket-grade kerosene (RP-1) and chilled liquid oxygen (LOX) as rocket propellants in an open-cycle or gas-generator power cycle instead of a staged combustion cycle. A gas-generator cycle burns some of the fuels to generate exhaust gasses that power the pumps, then expelled to the atmosphere or vacuum.

The engine’s propellants are supplied by a single-shaft, dual-impeller turbopump with a pintle-type injector, which provides inherent combustion stability. The Merlin LOX/RP-1 turbopump spins at 36,000 RPM, and produces 10,000 horsepower or 7,500 kW. The turbopump design supplies the hydraulic actuators with high-pressure fluid, which is recycled back into the low-pressure inlet. Thus, a separate hydraulic drive system is not needed.