Two different types of movements can be performed with the Gripper. The first determines the type of grip being used and simultaneously changes the orientation of Fingers B and C. This movement is referred to as the 'Operation Mode'. The Operation Mode is determined by the user before the grip as a function of the size or shape of the object being gripped and for the task that has to be done. 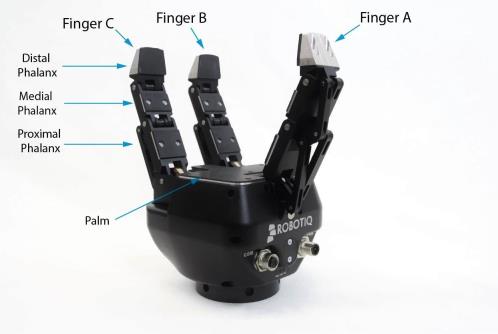 The second movement of the Gripper is the closing and opening of the fingers. This action is performed with a single input from the user. Each finger is not controlled independently; the Gripper itself closes each finger until it reaches a stable configuration, on an object or against the Gripper palm. Note that a user can specify the relative speed at which the fingers will close and the relative force that will be applied to an object.

Two types of grips occur when closing the 3-Finger Adaptive Robot Gripper on an object: Fingertip Grip or Encompassing Grip. 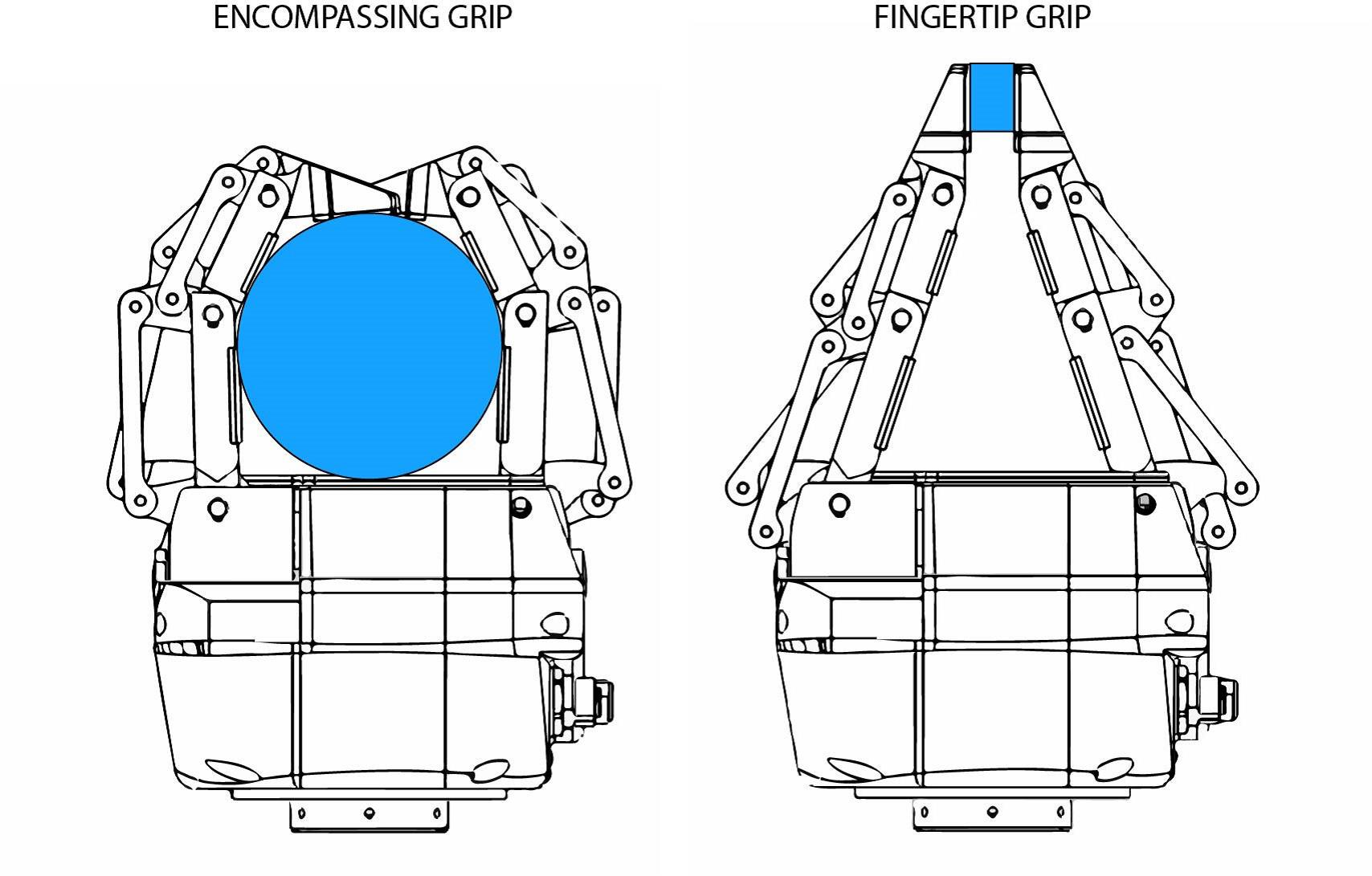 The Gripper needs to be supplied by a DC voltage source. This power supply is not included with the Gripper. The following table shows the specifications regarding the power supply required to operate the Gripper properly. The gripper requires an output voltage of 24 V DC and a current of 2 Ampere.

The Robotiq 3-Finger Adaptive Robot Gripper is controlled from the robot controller using an industrial protocol (EtherNet/IP, DeviceNet, CANopen, EtherCat, etc.). The programming of the Gripper can be done with the Teach Pendant of the robot or by offline programming. Since the Robotiq 3-Finger Gripper has its internal controller, high-level commands such as "Go to requested position" are used to control it. The embedded Robotiq controller takes care of the regulation of the speed and the force prescribed, while the mechanical design of the fingers automatically adapts to the shape of the object(s)

Contains a general presentation of the robotic gripper, the installation instructions, the user interface, maintenance and more.

Contains multiple video's of this robotic gripper in action.