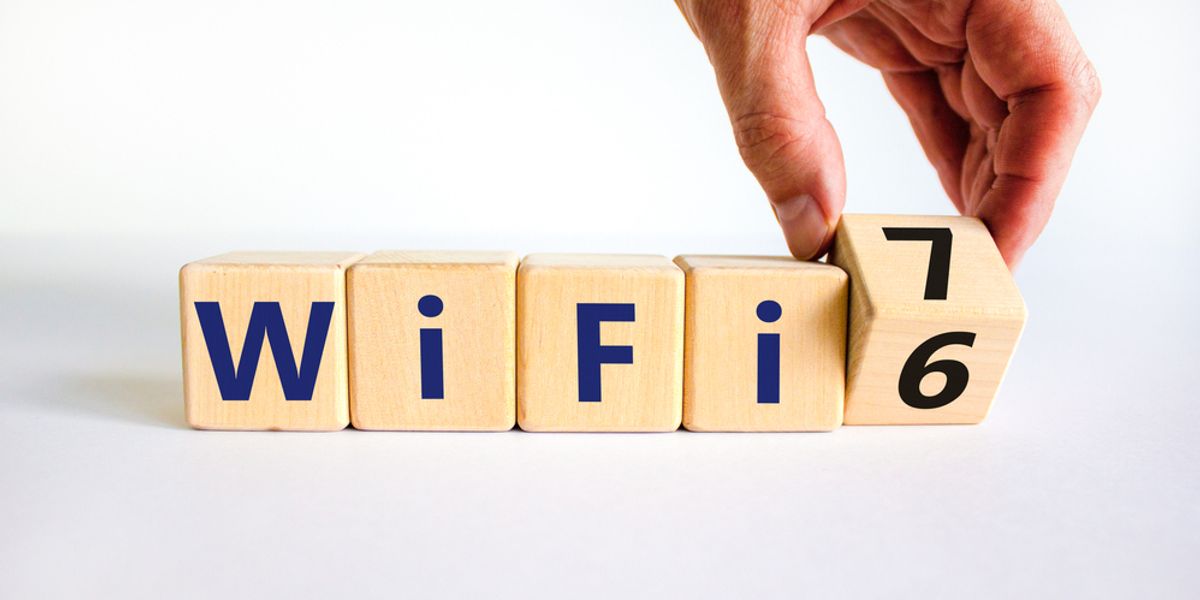 Wi-Fi 6 has brought significant enhancements to IoT applications, but the Wi-Fi Alliance is already working ahead.

Such is the pace of global advance that any technology that stands still will spiral down into obscurity. The same is true of wireless standards. Each time a revision to Bluetooth, Matter, Thread, Wi-Fi, or another standard is adopted, you can be sure that engineers have already worked hard for months or even years on the next upgrade.

Nordic plays a key role in mapping out standards

At Nordic, our engineers spend a lot of time engaged in this activity. We believe that open standards are the best way to build the foundation of the IoT and we expend engineering resource in helping write the engineering specification for many of the relevant standards. Our wireless experts also contribute to the open-source software implementations of the standards, and collaborate with other vendors to make sure all devices built to a given standard work seamlessly together.

Nordic is a member of the ANT+ Alliance, Bluetooth SIG, Thread Group, Connectivity Standards Alliance, Wi-Fi Alliance, and GSMA. Each is a major trade grouping that looks after a key wireless standard. And often, they work together, in part because many companies are members of multiple alliances. For example, the Thread Group and Wi-Fi Alliance have collaborated with the Connectivity Standards Alliance. The result is Matter, a standard that promises to bring order to the fragmented smart home market through a unified application layer. In Matter, Wi-Fi offers a solution for high-throughput devices while Thread offers a connectivity solution for power-efficient smart-home products.

For some of the IoT’s key technologies, Nordic’s engineers form a crucial part of the teams that map out the engineering specifications. Regarding Wi-Fi, Nordic staff actively participate in several marketing and technical task groups of the Wi-Fi Alliance, collaborating with other Alliance members on developing and enhancing the respective certification programs.

These activities give Nordic a clear view of the roadmap for a given technology. That allows the company to start developing solutions well ahead of an updated standard’s release, and then commercially introduce chips simultaneously with the new standard. For example, Nordic manufactures SoCs compliant with Bluetooth 5.3, Thread 1.3, Matter 1.0, and, with the nRF7002 Wi-Fi 6 Companion IC, Wi-Fi 6. These are all the latest versions of the respective standards.

Since its initial launch, the Wi-Fi standard has advanced through six generations in the near quarter century. While strictly not part of the Wi-Fi standard, incorporating support for the Internet Protocol (IP) suite on top of the IEEE802.11 Physical (PHY) and Medium Access Control (MAC) layers underpinned Wi-Fi’s first major commercial expansion. Then the IEEE802.11n and ac versions ('Wi-Fi 4' and 'Wi-Fi 5'), introduced in 2009 and 2013, respectively, propelled the technology to the forefront of high-speed consumer wireless connectivity.

For the latest version, Wi-Fi 6, the IoT, together with greater convenience for consumers, was in the forefront of the minds of the engineers writing the specification. For example, the latest version includes features that meet the growing demand for improving Wi-Fi access for multiple devices. Now, consumers’ network devices can simultaneously uplink on different Wi-Fi streams, effectively boosting uplink capacity. And for the IoT, Wi-Fi 6 brings several features that lower power consumption to extend the battery life of IoT applications.

Although Wi-Fi 6 was introduced as recently as 2019, there is already a complementary version called Wi-Fi 6E. This was introduced in early 2020 and differs from Wi-Fi 6 in that it uses unlicensed spectrum allocation in the 6 GHz region. Standard Wi-Fi uses 2.4 and 5 GHz spectrum allocations, but both are becoming increasingly busy, leading to congestion. The 6 GHz allocation is quieter, making it a good choice to increase traffic capacity.

While Wi-Fi 6 currently sets the standard, Wi-Fi 7 has been in the works for some time. Technically called IEEE 802.11be, Wi-Fi 7 will use multi-band and -channel aggregation and operation to deliver higher spectrum and power efficiency, better interference immunity, greater capacity density, and higher cost efficiency.

A key new feature is called multi-link operation (MLO), which enables transmission between the access point (AP) and a device on different radios at the same time—for example, one using the 5 GHz allocation and the other using 6 GHz—if radio frequency conditions allow. The result is that high-priority data is generally transmitted without delay.

That these enhancements will make Wi-Fi 7 faster than previous versions is perhaps of little surprise, but the improvement is dramatic; theoretical maximum raw data throughput is 36 Gbps from the access point (AP) compared with 9.6 Gbps for Wi-Fi 6. A major part of this throughput increase is the availability of a maximum 320 MHz channel width, up from a maximum of 160 MHz for Wi-Fi 6. Real-world implementations will likely use less than the full channel width and feature lower throughput but will still represent a significant jump in speed. Because of this, the Wi-Fi Alliance has taken to calling Wi-Fi 7 “Wi-Fi Extremely High Throughput”.

Better still, for the IoT

The improvements promised by Wi-Fi 7 are great for consumers and others that demand faster speeds and improved responsiveness and reliability, but what will Wi-Fi 7 bring to the IoT? Specific detail is still to be announced but what’s certain is that Wi-Fi 7 will retain the existing power-saving features of Wi-Fi 6. Its improved power efficiency, lower latency and higher capacity density will make it even better for energy-constrained IoT devices.

Better yet, the MLO feature will allow engineers to assign data throughput based on specific application requirements with the result that they can bring very low latency and real-time control to critical Industrial IoT (IIoT) processes.

The Wi-Fi Alliance says the adoption of Wi-Fi 7 is currently planned for 2024. Nordic’s Wi-Fi roadmap includes plans to ensure its customers will be able to take advantage of the next generation of the standard.

What does the future of personal safety devices look like?

Setting out to sink the internet's digital ghost ships

What does the future of personal safety devices look like?

While we live in an increasingly tech-focused world, we still face many of the same dangers and threats to our personal safety that we did centuries ago. How can we turn our technology to help mitigate those dangers?

Setting out to sink the internet's digital ghost ships

Researchers at DTU have set out to create novel tools to identify internet-of-things gadgets that leave the door open to hacker attacks. Knowing where these devices are and making them secure is a powerful weapon in the fight against attackers.

In this episode, we talk about the simple, tunable machine created using common 3D printers for manipulating microscale objects to create the next generation of highly efficient antennas enabling the future of wireless communication.