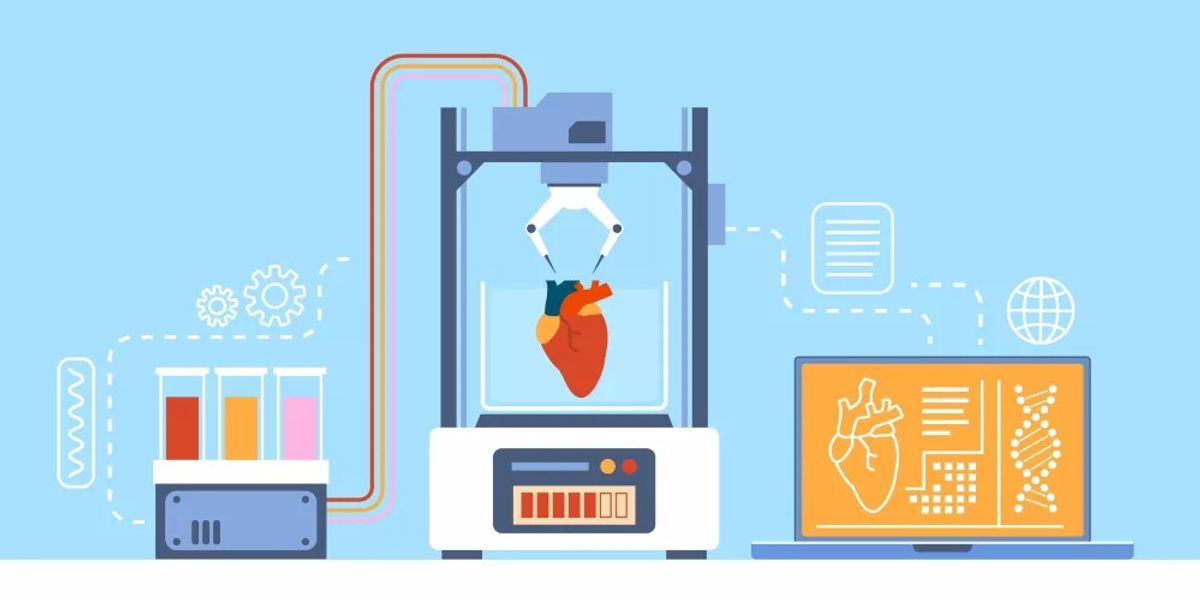 New nanotechnology has been developed by a team of researchers from Texas A&M University that leverages colloidal interactions of nanoparticles to print complex geometries that can mimic tissue and organ structure. The team, led by Dr. Akhilesh Gaharwar, associate professor and Presidential Impact Fellow in the Department of Biomedical Engineering, has introduced colloidal solutions of 2D nanosilicates as a platform technology to print complex structures.

2D nanosilicates are disc-shaped inorganic nanoparticles 20 to 50 nanometers in diameter and 1 to 2 nanometers in thickness. These nanosilicates form a “house-of-cards” structure above a certain concentration in water, known as a colloidal solution.

These colloidal solutions have appealing properties when studying the deformation of a material, such as increased viscosity and yield stress as well as shear thinning, where viscosity reduces under strain, and thixotropic behavior, where a material deforms in response to applied forces. The Gaharwar Laboratory leverages the rheological properties of these nanosilicates for extrusion-based 3D printing. 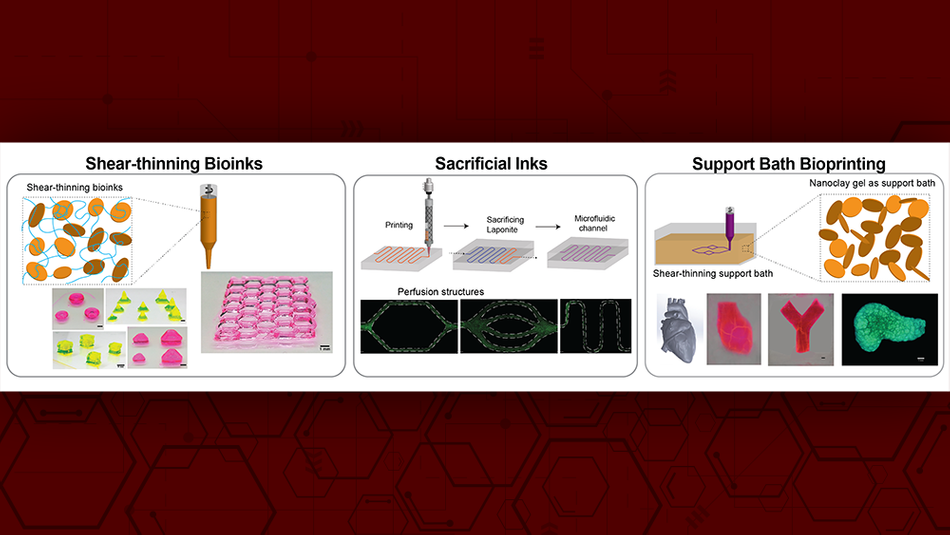 Some major challenges in extrusion-based 3D printing are the inability to print tall and complex structures, as soft materials flow under gravity and cannot form self-supporting structures. To overcome these challenges, researchers used colloidal nanosilicates and demonstrated them as a platform technology for bioprinting using three different approaches.

In the first approach, Satyam Rajput, a biomedical engineering graduate student in the Gaharwar Laboratory and the lead author of the paper, designed a shear-thinning ink composed of nanosilicates and water-soluble polymers such as agarose, alginate, kappa-carrageenan, gelatin, gelatin methacryloyl, polyethylene glycol and N-isopropyl acrylamide. The printable ink formulation showed good shape fidelity.

In the second approach, the team demonstrated the use of nanosilicates as a sacrificial ink, an instrument designed to fail and be removed, to design microfluidic devices for in vitro disease modeling. These perfusable devices can be used for various applications to emulate and study vascular physiology and fluid mechanics, disease models, tissue organization and function, therapeutic tissue engineering, and 3D-cell culture models and screen drugs.

In the third approach, the researchers utilized a colloidal nanosilicate gel as a support bath for 3D printing by nullifying the surface tension and gravitational forces. A range of complex structures such as a bifurcated vessel, femur, meniscus, DNA double helix, heart and trileaflet valve were printed inside the support bath.

“The versatility of nanosilicates could be widely adopted in the fields of additive manufacturing, tissue engineering, drug delivery and medical devices,” Gaharwar said.

A major factor that influences design decisions during the product development of medical devices is time-to-market. Accelerating or automating your design processes can give you a distinct advantage over your competitors.

Tahlia Altgold and Rosalyn Abbott are working on the development of a new method of 3D printing silk proteins to create personalized new tissues for patients needing regenerative medicine.