Fig.1: Derivation of Forces applied to the contact patch

The modern bicycle wheel is a uniquely efficient structure comprised of tension-compression members to maximize structural rigidity. The modern concept of the bicycle wheel has its roots in the traditional compression wheel, the design of which still has its place in many applications today including most modern cars and a wide variety of motorcycles.

The optimization of compression wheels can significantly increase performance as a result of low rotational inertia while adequately distributing stress subject to a variety of distinct load cases. A bicycle was taken as just one embodiment of how this can be achieved through topology optimization.

In this study, the geometry of a compression style bicycle wheel was optimized using nTopology’s topology optimization algorithms to generate forms which efficiently distribute stress. Geometry was optimized for maximum stiffness at a set volume ratio subject to multiple distinct load cases. Data from literature is used to form a set of distinct load cases which were used to drive the topology optimization process. The resulting geometry was then assessed against the original load cases through finite element analysis to ascertain its efficacy and a scale model was created.

Setting up the model

The design region considered for this study was based on a right angled section of a tapered disk. This model is further subdivided into another four sections to simulate a rolling contact patch across the wheel rim. Symmetry is enforced across the vertical plane and mid planes of the wheel section. The topology optimization is programmed to minimize the volume fraction while maximizing the model stiffness for each load case. The forces were modelled as acting uniformly over the contact patch as shown in the figure below. 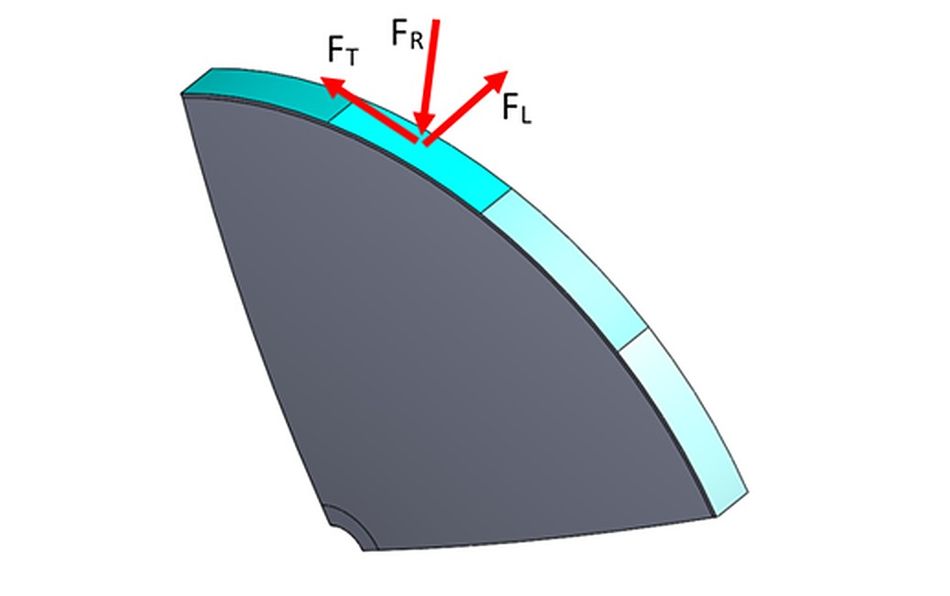 Fig.1: Derivation of Forces applied to the contact patch Results

The optimum wheel geometry differed depending on the applied load cases. As a result, the ideal wheel geometry is highly dependent on the relative magnitude of the various load cases considered, making it very difficult to find a solution through traditional analytical means.

Using nTop Platform, outcomes could be easily investigated by simply varying the input parameters and iteratively running the same nTop workflow. The image below illustrates the evolution of optimum geometries by considering combinations of distinct load cases. 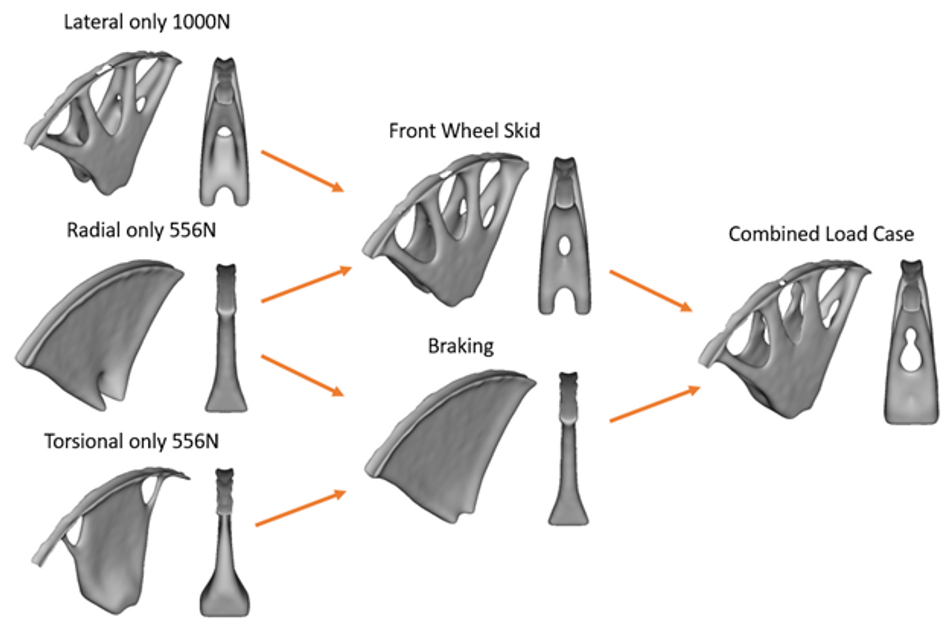 Fig.2: Comparison of optimized geometry for isolated load cases and contribution to complex load case solutions. From left to right: Simple Load Case, Complex Load Case, Combined Complex Load Case Once a satisfactory model is created, the topology optimization result is converted into a solid model and smoothed. It was found that in most cases, rough symmetry about the 45°angle naturally occurred as a result of symmetric loading conditions. This geometry is isolated through an intersection with a 45° wedge and radially patterned to produce the full wheel body. The figure below gives a graphical representation of how the model of the full wheel was constructed.

After the optimized geometry was patterned into a full wheel model, the resulting geometry was analyzed using finite element analysis to determine its effectiveness of stress distribution subject to complex combinations of load cases and was programmed within the same nTop Workflow.

It was found that the relative magnitudes of maximum stress subject to complex load cases typically found during the scenarios of front wheel skid and hard braking were within 0.6MPa. This finding illustrates that the resulting geometry is equally efficient at distributing stress when subjected to the unique set of load cases associated with lateral skids and hard braking. 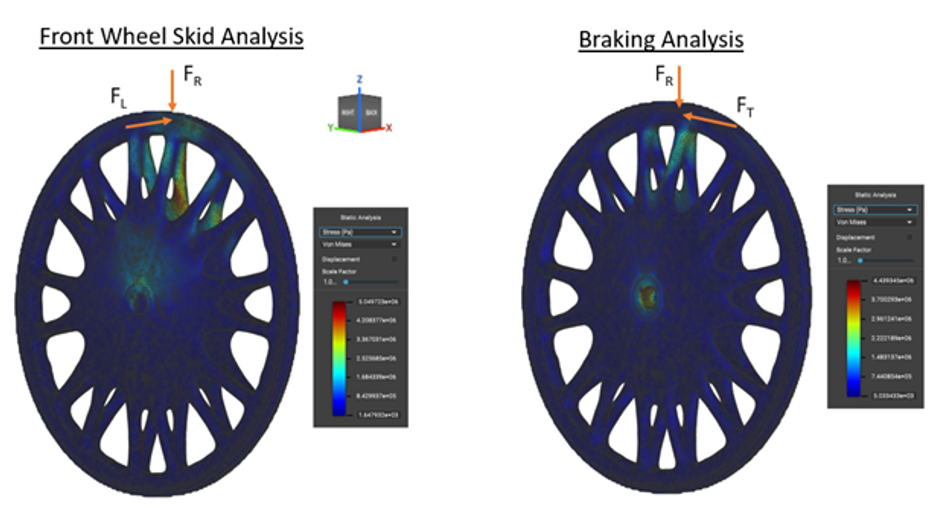 nTop Platform proved to be an effective and adaptive tool for the creation of efficient geometries when catering for multiple (sometimes complex) load cases. The bicycle wheel was an excellent example of this, where distinct load cases generate different optimized geometries and the most efficient geometry for the combined load case cannot easily be deduced through analytical means. The basic analysis discussed in this article can easily be adapted to find optimal geometries for wheels of varying sizes as well as different load cases.

Enabling Design for 3D Printing in the 3D Pioneers Challenge

Owner and driver, Erik Schwartz of Schwartz Off Road Motorsportz is an engineer by trade and spends all of his free time tinkering and maintaining his vehicle to compete in the Championship Off Road Series. Schwartz has become adept at making improvements on the fly.

Generative Design is getting a lot of attention — but what is it exactly? Here is why the current Generative Design concepts fall short and how nTop’s alternative approach enables you to unlock its full potential today.