The current revolution brought by 3D printing extends to the most surprising applications, even the ones as far removed as possible from the traditional “geek” sphere. One example: fashion!

The seemingly ‘niche’ market of 3D printing in fashion is growing rapidly and presents a very refreshing and interesting counterpoint to the most traditional, industrial uses. Here is a recent 3D printing and 3D scanning example, which prove that pairing technology and creativity is always in style!

WOW – The World of Wearable Art

Earlier this year, the Auckland Museum, in New Zealand, presented a fascinating exhibition based on a theatrical fashion show presented in Wellington every year since 1987 – The World of Wearable Art. The event aims at taking art off the walls of galleries and used it to adorn the human body in eccentric, imaginative ways. 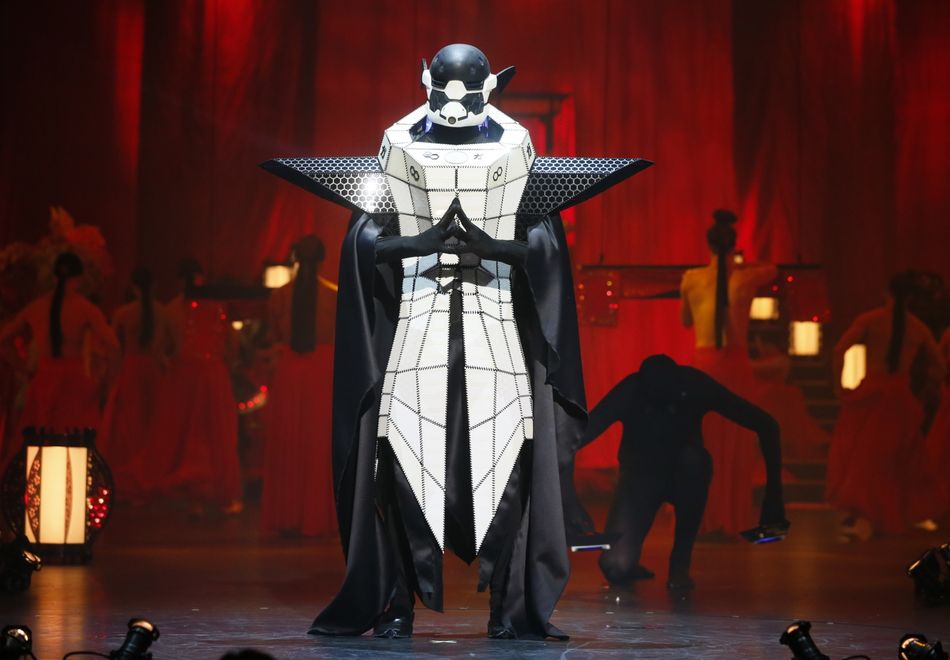 The Asian-inspired adornment did not come from a sewing machine, but rather from… (you’ve guessed it!) a computer, a 3D scanner and a 3D printer.

The costume took 4 months to complete. For this industrial designer, the technological advances are a big source of inspiration… and challenge. For this year’s WOW, he chose to create  something that “slipped out of the 3D printer in sheets of blank plastic, to be pieced together into wearable art; a virtual reality outfit that became a reality!”

Samurai Silent Dragon was not Mulder’s first attempt at 3D printing fashion. He won the WOW Design Award last year for another creation, and the prize money helped him push his passion a little further. He purchased a 3D scanner and a 3D printer, which enabled him to see most of his creation come to life right by his side, in his own living room. Doing it himself saved a lot of time and effort as parts of his costume, for instance spikes and rivets, simply were not available in New Zealand. In the end, only a small part of the hat was sent to be 3D printed in the Netherlands, because Mulder wanted “a higher level of detail and accuracy”.

Mulder loves that his creations help demystify the process of 3D printing to the majority of the population, who is unfamiliar with the technology. His explanation for the average laymen to the WOW: “A spool of plastic cord feeds into a heated nozzle, a little bit like a glue gun. I have 3D files, and a software slices the file into layers when a code is plugged into the 3D printer… The plastic is melting, and a very fine layer of plastic spits out. The bed drops down and puts in another layer, and eventually, the layers build up until it’s a 3D piece!”