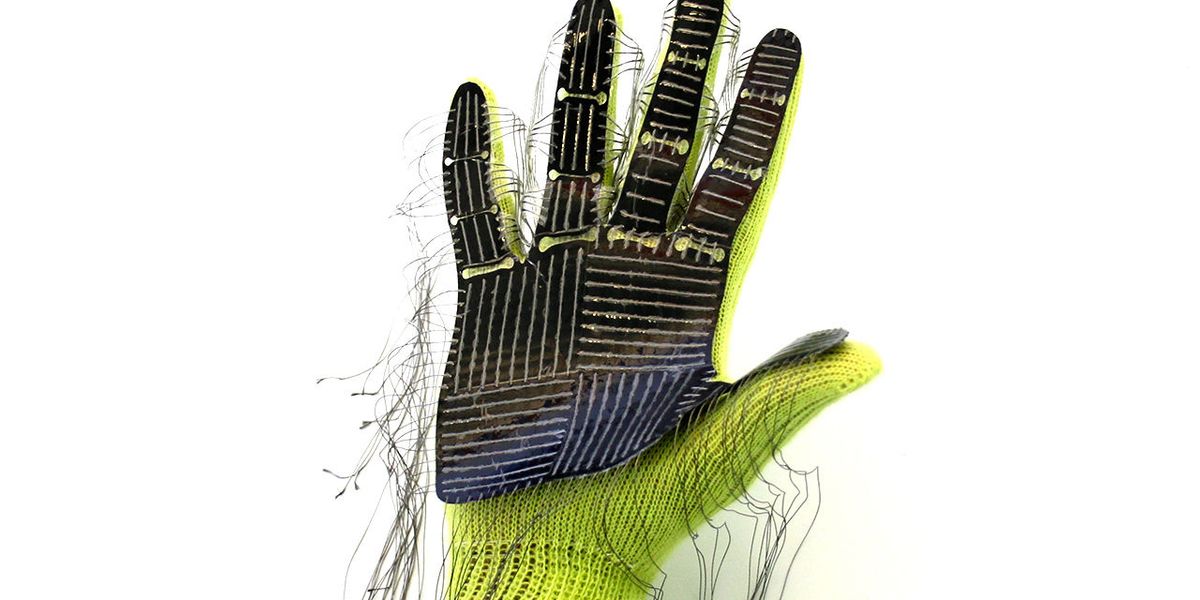 MIT CSAIL system can learn to see by touching and feel by seeing, suggesting future where robots can more easily grasp and recognize objects.

In Canadian author Margaret Atwood’s book "Blind Assassins," she says that “touch comes before sight, before speech. It’s the first language and the last, and it always tells the truth.”

While our sense of touch gives us a channel to feel the physical world, our eyes help us immediately understand the full picture of these tactile signals.

Robots that have been programmed to see or feel can’t use these signals quite as interchangeably. To better bridge this sensory gap, researchers from MIT’s Computer Science and Artificial Intelligence Laboratory (CSAIL) have come up with a predictive artificial intelligence (AI) that can learn to see by touching, and learn to feel by seeing. 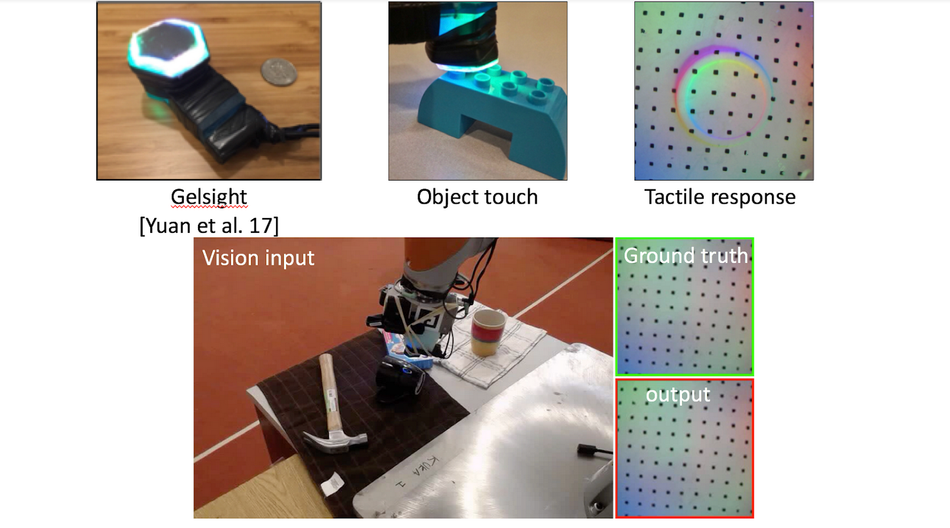 The team’s system can create realistic tactile signals from visual inputs, and predict which object and what part is being touched directly from those tactile inputs. They used a KUKA robot arm with a special tactile sensor called GelSight, designed by another group at MIT.

Using a simple web camera, the team recorded nearly 200 objects, such as tools, household products, fabrics, and more, being touched more than 12,000 times. Breaking those 12,000 video clips down into static frames, the team compiled “VisGel,” a dataset of more than 3 million visual/tactile-paired images.

“By looking at the scene, our model can imagine the feeling of touching a flat surface or a sharp edge”, says Yunzhu Li, CSAIL PhD student and lead author on a new paper about the system. “By blindly touching around, our model can predict the interaction with the environment purely from tactile feelings. Bringing these two senses together could empower the robot and reduce the data we might need for tasks involving manipulating and grasping objects.”

Recent work to equip robots with more human-like physical senses, such as MIT’s 2016 project using deep learning to visually indicate sounds, or a model that predicts objects’ responses to physical forces, both use large datasets that aren’t available for understanding interactions between vision and touch.

The team’s technique gets around this by using the VisGel dataset, and something called generative adversarial networks (GANs).

Humans can infer how an object feels just by seeing it. To better give machines this power, the system first had to locate the position of the touch, and then deduce information about the shape and feel of the region.

The reference images — without any robot-object interaction — helped the system encode details about the objects and the environment. Then, when the robot arm was operating, the model could simply compare the current frame with its reference image, and easily identify the location and scale of the touch.

This might look something like feeding the system an image of a computer mouse, and then “seeing” the area where the model predicts the object should be touched for pickup — which could vastly help machines plan safer and more efficient actions.

For touch to vision, the aim was for the model to produce a visual image based on tactile data. The model analyzed a tactile image, and then figured out the shape and material of the contact position. It then looked back to the reference image to “hallucinate” the interaction.

For example, if during testing the model was fed tactile data on a shoe, it could produce an image of where that shoe was most likely to be touched.

This type of ability could be helpful for accomplishing tasks in cases where there’s no visual data, like when a light is off, or if a person is blindly reaching into a box or unknown area.

The current dataset only has examples of interactions in a controlled environment. The team hopes to improve this by collecting data in more unstructured areas, or by using a new MIT-designed tactile glove, to better increase the size and diversity of the dataset. 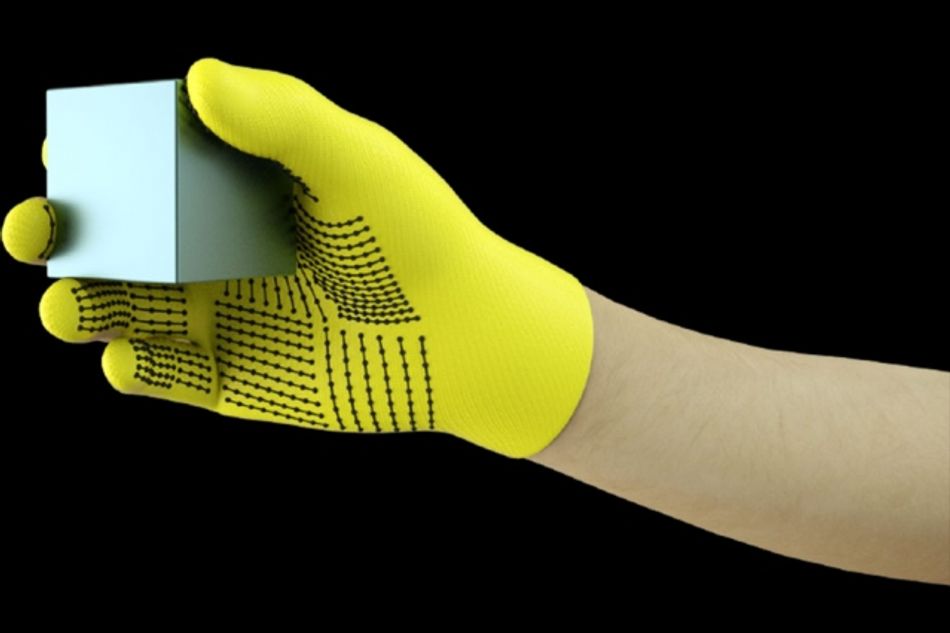 The low-cost, sensor-packed glove developed at MIT that captures pressure signals as humans interact with objects.

There are still details that can be tricky to infer from switching modes, like telling the color of an object by just touching it, or telling how soft a sofa is without actually pressing on it. The researchers say this could be improved by creating more robust models for uncertainty, to expand the distribution of possible outcomes.

In the future, this type of model could help with a more harmonious relationship between vision and robotics, especially for object recognition, grasping, better scene understanding, and helping with seamless human-robot integration in an assistive or manufacturing setting.

“This is the first method that can convincingly translate between visual and touch signals”, says Andrew Owens, a postdoc at the University of California at Berkeley. “Methods like this have the potential to be very useful for robotics, where you need to answer questions like ‘is this object hard or soft?’, or ‘if I lift this mug by its handle, how good will my grip be?’ This is a very challenging problem, since the signals are so different, and this model has demonstrated great capability.” 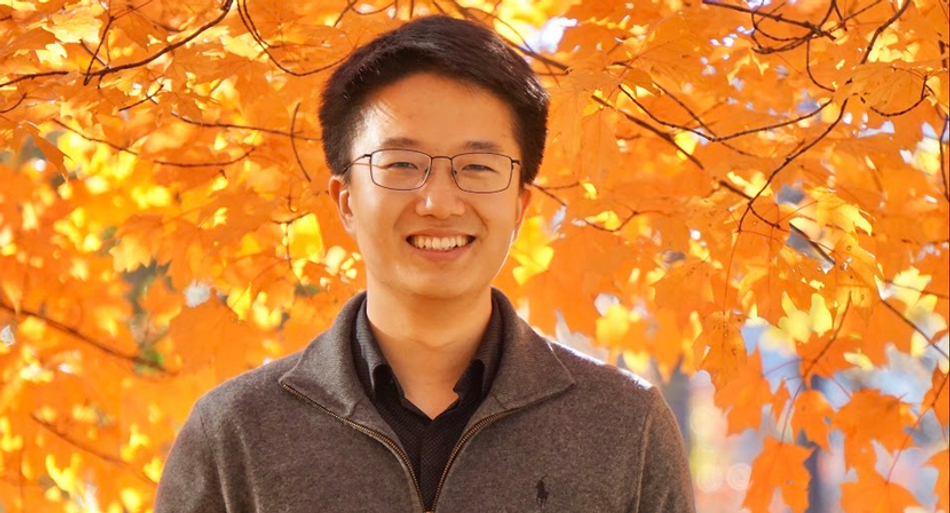 The project was led by Yunzhu Li, CSAIL PhD student

Li wrote the paper alongside MIT professors Russ Tedrake and Antonio Torralba, and MIT postdoc Jun-Yan Zhu. It will be presented next week at The Conference on Computer Vision and Pattern Recognition in Long Beach, California.

With rapidly growing demands on health care systems, nurses typically spend 18 to 40 percent of their time performing direct patient care tasks, oftentimes for many patients and with little time to spare. Personal care robots that brush your hair could provide substantial help and relief.