At the same time, toxic and rare materials will be replaced with sustainable alternatives.

Over the past decade, solar cells have become better and cheaper. Cheaper because mass production in the East has pushed down prices. Better because researchers and businesses have improved the technology to optimize the amount of energy extracted per hour of sunshine.

So does it even make sense to continue conducting research into solar cell technology?

The major research project Altcell suggests that it does. In the project, researchers will combine two types of solar cells to create a so-called tandem cell. The aim is to increase the number of rays captured from the Sun and create an alternative to silicon cells which currently dominate the market. At the same time, researchers want to avoid using toxic and rare elements.

Thin film made from sustainable materials

Silicon is an element found in sand and it is cheap, stable, and sustainable and can achieve a high level of energy efficiency, which is a unit of measurement used to quantify how much of the Sun’s rays the cell can convert into electricity. Currently, most solar cells are made of pure silicon and have an energy efficiency of about 20 per cent.

Researchers are now trying to improve energy efficiency by combining silicon cells with a thin film consisting of the material CZTS.

CZTS is a relatively new sustainable material consisting of copper, zinc, tin, and sulphur. These elements are found in abundance in nature and are therefore very cheap.

CZTS currently has a proven energy efficiency of around 10 per cent, but researchers expect to be able to achieve approximately 20 per cent energy efficiency with the material. If they succeed in combining CZTS and silicon, they will—in simple terms—have created a tandem solar cell from sustainable materials that is twice as efficient as a silicon solar cell.

In several other places in the world, researchers are working to develop tandem cells, but they typically try to combine silicon and the thin-film material CIGS, which, among other elements, consists of indium and gallium. These are elements which the DTU researchers want to avoid:

“CIGS is efficient, but using it in the production of solar cells is not sustainable in the long run, because indium and gallium are toxic and rare elements, of which the prices have increased dramatically in recent years. Consequently, we try to only use readily available materials,” says Alireza Hajijafarassar, who is a PhD student at DTU Nanotech.
One of the major challenges of the project is to create a layer that will act as a barrier between the silicon cell and the CZTS thin film.

“Silicon is extremely sensitive to metallic contamination, particularly copper, which is used in CZTS. Thus, we need to create a layer that will act as a barrier between the two cells that will separate the materials from each other while still letting light rays pass through,” says Alireza Hajijafarassar. 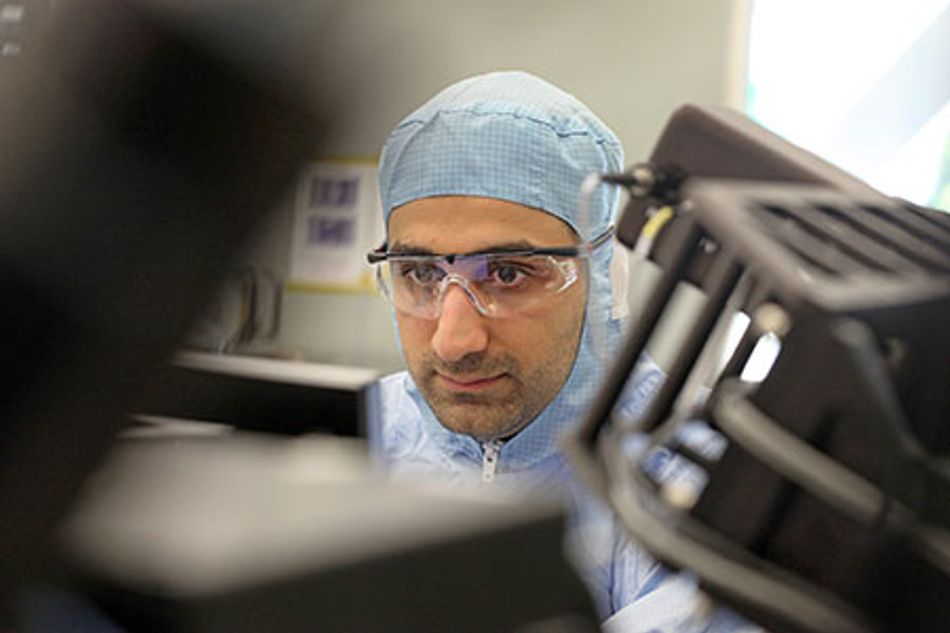 PhD student Alireza Hajijafarassar is working on creating the layer that will act as a barrier between the silicon cell and the thin film. Photo: Jesper Scheel.

Another challenge is to increase the energy efficiency of CZTS—a challenge already taken on by DTU Fotonik six years ago.

Back then, the goal was to develop a pure CZTS solar cell as a competitive alternative to silicon cells.

However, the market price for an ordinary 6 kW silicon solar cell system, including installation, has decreased from around DKK 140,000 in 2011 to DKK 80,000.

The decrease in price put a spoke in the wheel for the researchers’ plan of making pure CZTS solar cells competitive. Consequently, they are now attempting to combine the two technologies instead.

“If we succeed in combining the CZTS with the silicon cell, we can create an alternative to pure silicon cells that can be sustainably produced and has a higher energy efficiency than previous standards,” says Alireza Hajijafarassar.

Altcell is a broad collaboration project between researchers from several universities and businesses. One of the businesses involved is the catalyst company Haldor Topsøe, represented in the project by three of their researchers.

“Just like with our main activity, catalysis, the quality of thin-film solar cells very much depends on the atomic structure of the materials contained within the solar cells. Thus, we believe that we can make a difference in this specific area,” says Rainer Küngas, who is a principal scientist at Haldor Topsøe. 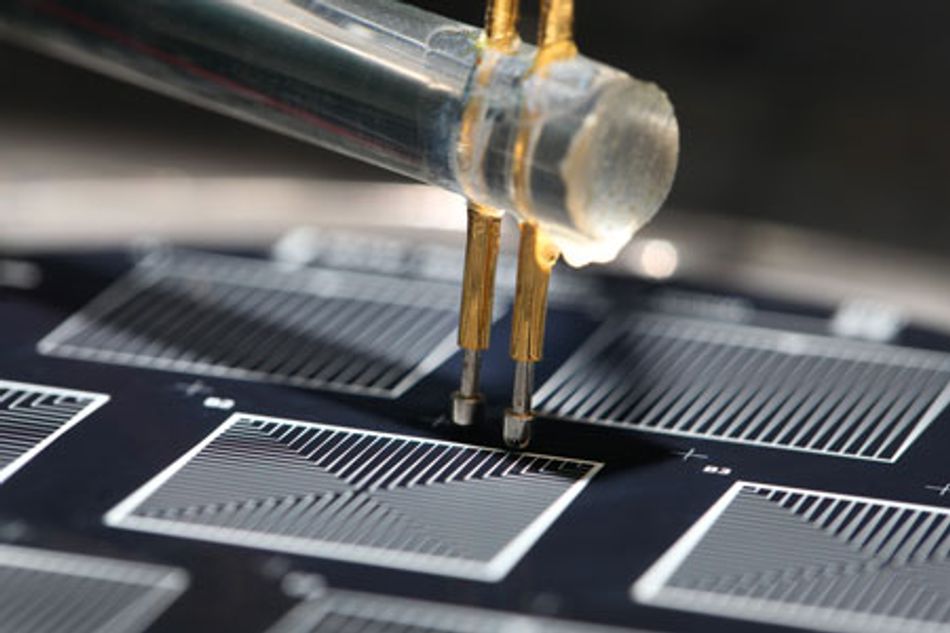 As part of the project, the silicon solar cells, which make up the bottom of the tandem solar cells in development, are produced by the researchers themselves. Photo: Jesper Scheel.

In addition to nine researchers from DTU and the three from Haldor Topsøe, the Altcell collaboration involves professors from Aarhus University and Nanyang Technological University as well as representatives from two other businesses. Rainer Küngas emphasizes that the project requires a wide range of specialist knowledge:

“This project has ambitious goals, there is no doubt about that. A functional CZTS/silicon tandem solar cell will be a scientific and technological breakthrough. We have a strong team which has the will to cooperate and a wide variety of skills and backgrounds that complement each other. We have already produced some very promising results,” he says and continues:

“We are trying to solve two major challenges that have never been solved before. First, to improve the efficiency of the CZTS cell, and secondly, to integrate the CZTS cell with a silicon-based bottom cell. However, we have a few ideas and methods that have not previously been tried by others, which we hope will help us come to a solution.”

Photovoltaic-powered sensors for the "internet of things"

Understanding the love-hate relationship of halide perovskites with the sun

New research by scientists at TU/e and universities in China and the US sheds light on the causes of perovskite solar cell degradation.

In a new study, researchers from Texas A&M University and industry have designed a smart technology that can help utility companies better serve communities affected by blackouts.