With Bluetooth 5 specifications containing many optional features, smartphone manufacturers can choose to support these features or not. Still, they may claim that their smartphones are Bluetooth 5 compatible.

With Bluetooth 5 specifications containing many optional features, smartphone manufacturers can choose to support these features or not. Still, they may claim that their smartphones are Bluetooth 5 compatible.

Since its official release in December 2016, Bluetooth 5 has been causing excitement across the tech world. Promising higher throughput, longer range, advertising extensions, and a much-improved Channel Selection Algorithm, Bluetooth 5 opens up a wide range of new possibilities for smartphone gadgets and IoT development projects.

In this article, we'll go through the history of smartphone adoption to Bluetooth 5 and primarily describe the Bluetooth Low Energy architecture.

More than four years later from its first release, we see widescale adoption of Bluetooth 5. The first flagship smartphone to ship with Bluetooth 5 was the Samsung Galaxy S8 in March 2017. So far, so good, but anyone who tried to use it had a bit of a shock.

The phone was running Android Nougat OS, which had no support for Bluetooth 5. This means that there is no feasible way to utilize the features offered by Bluetooth 5.

It was a triumph of marketing over utility. Yes, it complied with the Bluetooth 5 specification, but it was functionally useless! This wouldn't likely be a problem for most consumers at that time (2017 Q1) because the market wasn't instantly flooded with ready-to-connect Bluetooth 5 products. It was, however, the first step on the road to Bluetooth 5 adoption in smartphones.

The Android operating system release after Nougat was Oreo (aka Android 8.0). It had native support for Bluetooth 5, and it marked the first Android OS to support it.

As always with Android, adoption depends heavily on smartphone manufacturers making an update available for their specific phone models. Oreo included Google's Pixel 2, which was the first phone to have a usable Bluetooth 5 capability.

Most Android smartphones manufactured in late 2019, 2020, and early 2021 come with Android 10 or Android 11, which already have full Bluetooth 5 software support. So, actual Bluetooth 5 support depends mainly on the 2.4GHz connectivity radio chip used inside the smartphone.

Over in Cupertino, things are much simpler. Starting from the iPhone 8 & 8 Plus and the iPhone X, launched in September 2017, Bluetooth 5 support is available out of the box. Anything earlier than that does not contain a Bluetooth 5 chip and will never support Bluetooth 5.

Successors to the iPhone 8 such as the iPhone X, iPhone 11, iPhone 12 Pro/12 Pro Max all have Bluetooth 5 support out of the box.

When it comes to Apple watches, Bluetooth 5 adoption started a year later. The first Apple watch to include support for Bluetooth 5 is the Apple Watch Series 4, launched in September 2018.

Bluetooth 5 includes capabilities for faster speed and longer range. However, it is fairer to say that developers must choose between speed or range at a time.

Other features included in smartphones are the improved channel selection algorithm, making connections more reliable, especially in high interference situations. They may pave the way for future range improvements.

There's also the increased bandwidth of connectionless data broadcasts – the advertising features used by beacons – so the possibility of better-targeted advertising to consumers using Bluetooth becomes a reality.

With Bluetooth 5 and beyond adopting rapidly in the smartphone world, IoT developers and smartphone gadget manufacturers can finally take full advantage of the capabilities offered by Bluetooth 5.

It's worth mentioning that smartphone manufacturers don't necessarily support all Bluetooth 5 features, as some of them are set as optional in the Bluetooth core specification. For instance, a smartphone could support the Bluetooth high throughput 2 Mbps feature (PHY 2M) but not the Bluetooth Long Range (PHY Coded).

Our popular mobile application nRF Connect for Mobile ( Available in App Store and Google Play ) can quickly check which specific Bluetooth features your smartphone supports. The screenshots below are from two different smartphones: the Samsung Galaxy Note20 Ultra 5G and Samsung Galaxy S9. 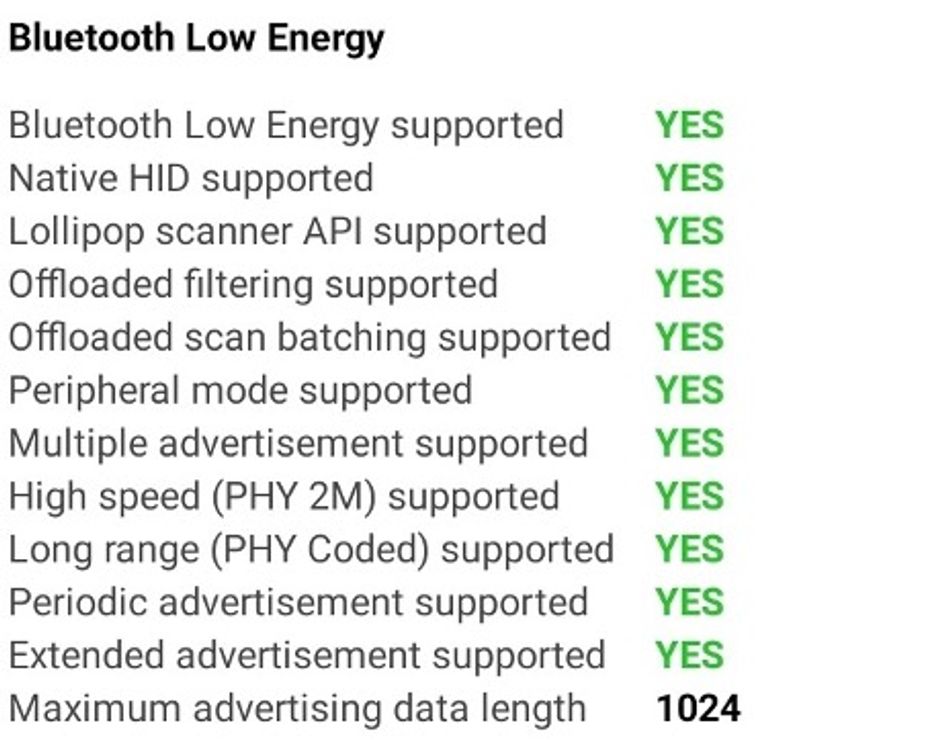 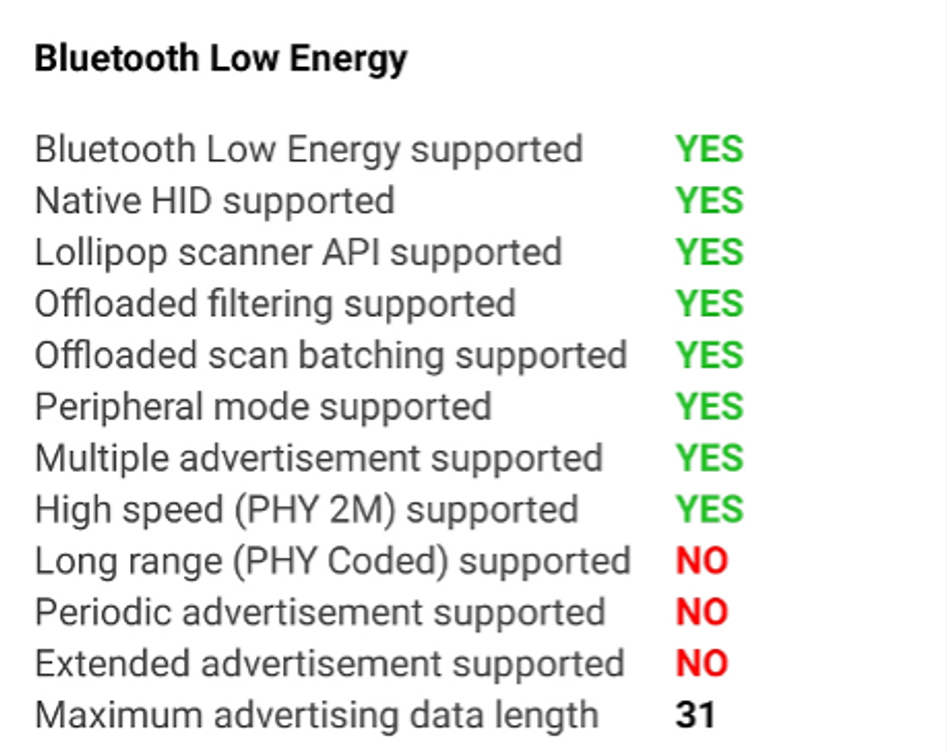 A good percentage of smartphones are now supporting the powerful Coded PHY that extends the Bluetooth range. This includes both flagship and midrange/normal smartphones. The Coded PHY's long-range feature is significantly useful for applications like remote-controlled toys and low bandwidth applications such as sensor networks. Other Bluetooth features often included in smartphones are improved channel selection algorithm, periodic advertisement, and extended advertisement.

The Difference Between Classic Bluetooth and Bluetooth Low Energy

Finding your way with Bluetooth