On 1 October 2021, an S50 solid-propellant rocket motor, which will form the first two stages of the new VLM-1 launch vehicle, successfully completed a static firing test in the operational area of Usina Coronel Abner (UCA), in São José dos Campos, São Paulo state, Brazil. The test was conducted by an engineering team from the Aeronautics and Space Institute (Instituto de Aeronáutica e Espaço; IAE), which is headquartered in São José dos Campos, on behalf of the Brazilian Air Force (Força Aérea Brasileira; FAB) and the Brazilian Department of Aerospace Science and Technology (Departamento de Ciência e Tecnologia Aeroespacial; DCTA). As part of the long-standing cooperation between Brazil and the German Aerospace Center (Deutsches Zentrum für Luft- und Raumfahrt; DLR), the rocket motor that has now been tested will also be used for a new European sounding rocket. This will significantly improve the range of services available in the field of suborbital launchers.

"The high-performance S50 solid-propellant rocket motor will address the needs for technology testing and development efforts in the areas of space transportation and reusability, as well as hypersonic research," said Rainer Kirchhartz, Head of Department, Mobile Rocket Base, DLR Space Operations and Astronaut Training. "In addition, technologies and components will be tested in the area of system reusability. The new sounding rocket itself, which is currently under development, will be used for tests of control strategies as well as for addressing questions relating to materials science. Test flights will be possible at realistic scales for space systems." 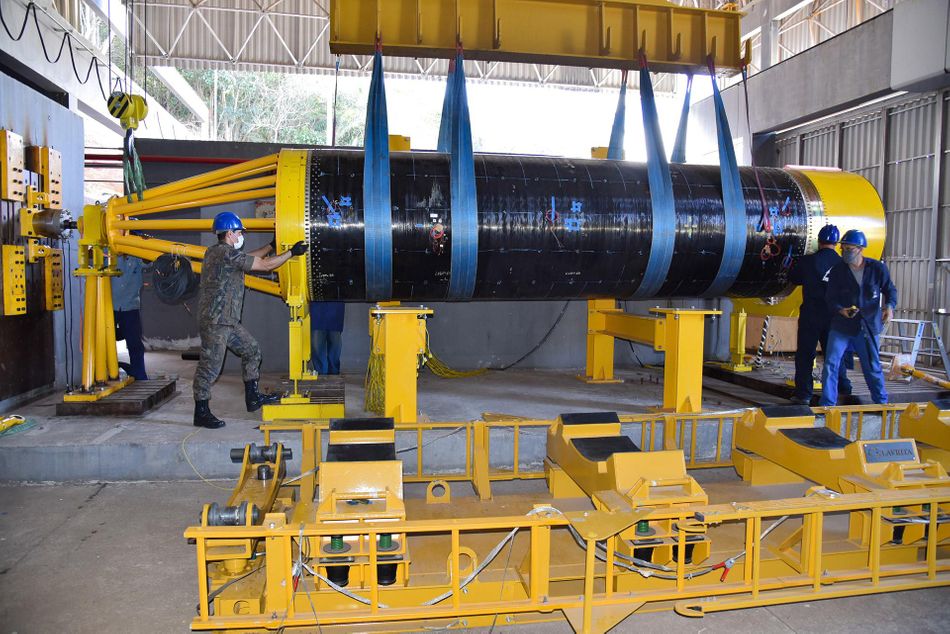 The S50 is the largest rocket motor ever manufactured in Brazil, with 12 tonnes of solid propellant, and employs innovative technologies such as the use of carbon-fibre-reinforced composites for the engine casing, which makes it lighter and more efficient. The first launch with an S50 is planned for 2023 from the Alcântara Space Center (Centro Espacial de Alcântara; CEA).

The static firing lasted 84 seconds and tested the behaviour of the motor. The successful completion of this test was critical for the final stages of development of the S50 motor, which will provide Brazil with new capabilities in terms of the deployment of suborbital vehicles and microsatellites through the Microsatellite Launch Vehicle Project (Projeto do Veículo Lançador de Microssatélites; VLM-1).

Sounding rockets for experiments in microgravity

The scientific community will also benefit from the technical potential of the engine in the context of rocket research platforms. Sounding rockets provide scientists with independent and regular access to perform experiments under space conditions, for example in microgravity. They reach an altitude of up to 270 kilometres and thus enable approximately six minutes of microgravity before re-entering Earth's atmosphere. The new VS-50 sounding rocket, which is being developed and will be launched by DLR's Mobile Rocket Base, will offer the scientific community experiment durations of up to 30 minutes in microgravity, as well as hypersonic conditions at speeds of up to Mach 15.

The Director of DLR's Space Operations and Astronaut Training, Felix Huber, attended the test and afterwards said: "This important milestone in the project was crucial to the next steps on the roadmap to flight experiments for reusability technologies. We will work hard together with our partner to enable the flight qualification of the VS-50 sounding rocket as the next step."

From chemical synthesis to utilisation - DLR is creating the rocket fuels o...

SpinLaunch is a California based startup that wants to revolutionize the space industry with a novel, sustainable, and cost-efficient method of delivering payloads to low earth orbit.